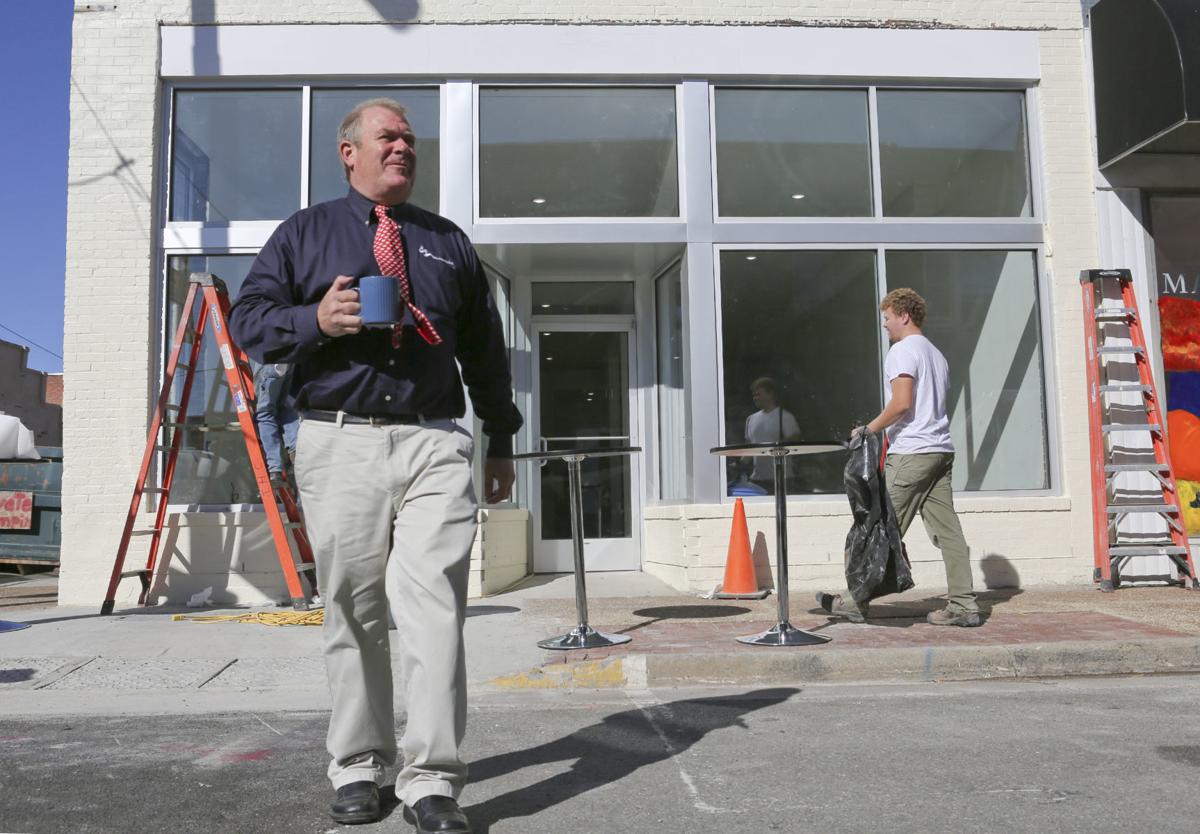 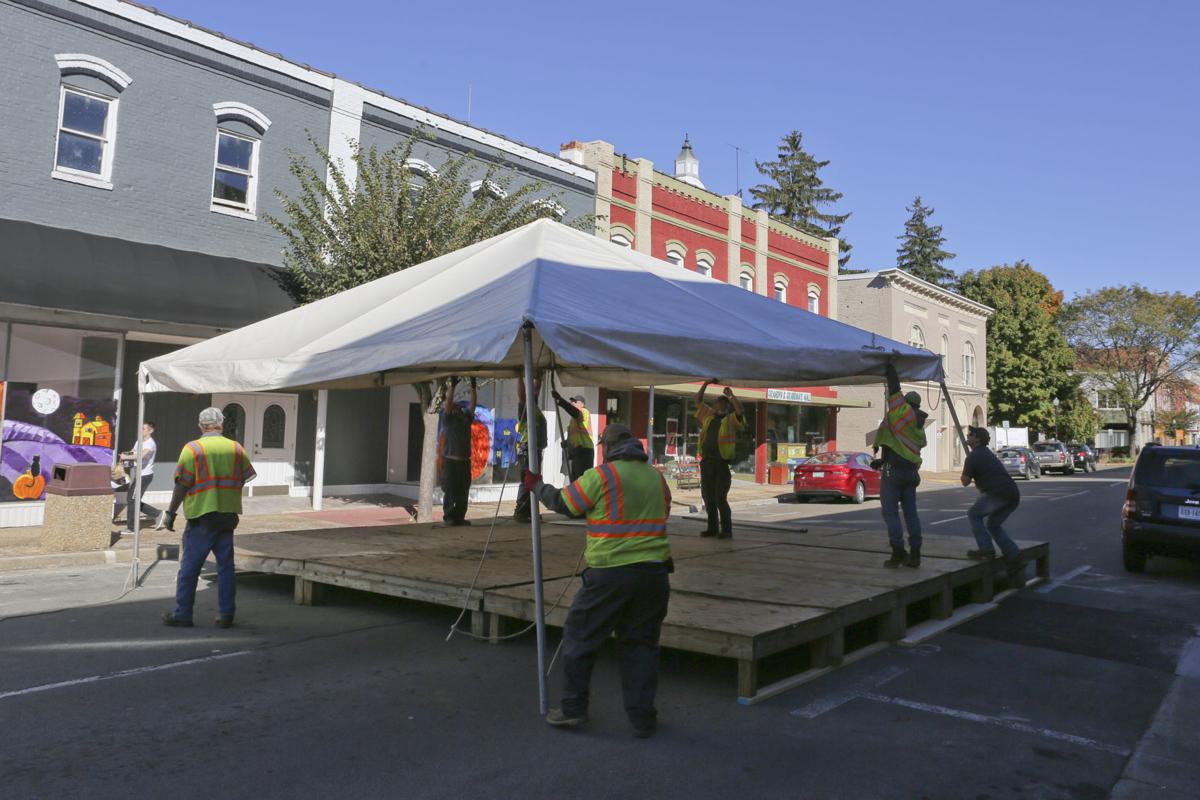 “You see this,” he said, pointing to his red tie covered with little pigs. “I’m wearing this because a lot of people told me the project would be done when pigs fly.”

Critchfield, an entrepreneur based in Blacksburg, said he saw the potential the Town of Pulaski had to offer. That’s why — with the help of grants and tax credits — he decided to invest in two buildings downtown on the corner of West Main Street and Jefferson Avenue four years ago. Each building has two apartments upstairs with ground floors for commercial spaces.

The town celebrated the openings of the buildings Thursday evening, but the renovations costing nearly $1.7 million are just phase one of Critchfield’s plan. He said he’s in the process of buying more buildings on Main Street for mixed-development in what he said was a five-year plan.

“At first I saw an investment opportunity but somewhere in between I guess I fell in love with the town,” he said.

Critchfield, a graduate of Virginia Tech, said the style of the downtown buildings remind him of Adams Morgan, a neighborhood in Washington, D.C., where he spent time growing up. The late 18th- and early 19th-century building styles are part of the town’s character he and the locality wish to preserve.

“I would shed tears if they tore all this down,” Mayor David Clark said.

Clark said many localities around the country are building areas to look more like the “classic” downtown that Pulaski already has. He believes companies like Critchfield’s West End Development, LLC, are just what the town needs to have a thriving downtown like it did when he was growing up.

Deputy Town Manager Nichole Hair said the town is using $700,000 in grants to revitalize 15 storefronts and a park on Main Street, which is expected to be completed by next October.

She believes revitalizing the area will not only enhance the quality of life for current residents but also help when it comes to attracting bigger companies to the area, as well as residents who may be looking for more affordable housing than what’s available in nearby localities.

Critchfield isn’t alone in his revitalization endeavors. He has a group of 20 or so millennial investors working on buying properties around town and operating The Pulaski Business Center and Next Level VR.

The business center is a print and copy shop that customers can go to for technical support  and also can aid local entrepreneurs with start-up needs.

The virtual reality business aims to work with customers interested in using and understanding the new technology.

Both businesses are expected to open up after the New Year. A third space is available with hopes of a local eatery occupying the space.

Luke Allison, who works for West End Development is also an investor in the two companies. He said Pulaski is on the rise, and attracting young stakeholders will help the area’s long-term growth.

“We have an opportunity to get in at the beginning of something special and we are dedicated to helping the town reach its full potential,” he said.

Two newly renovated buildings in Pulaski will be host to both apartments on the top floors, and commercial use on ground level. The project's …