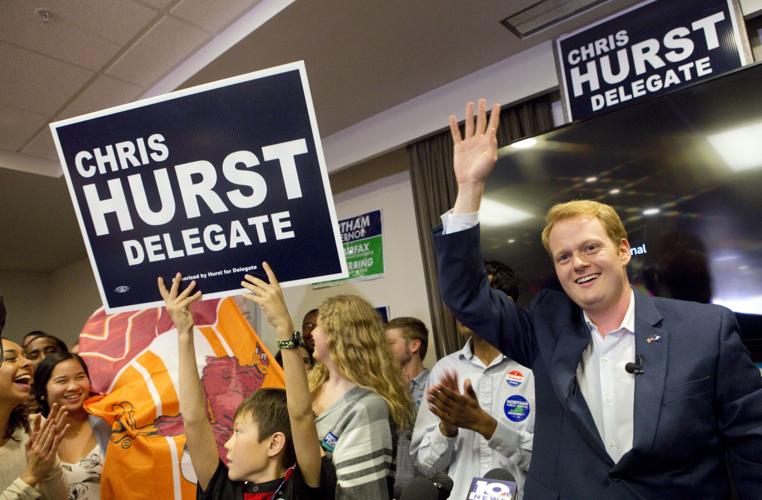 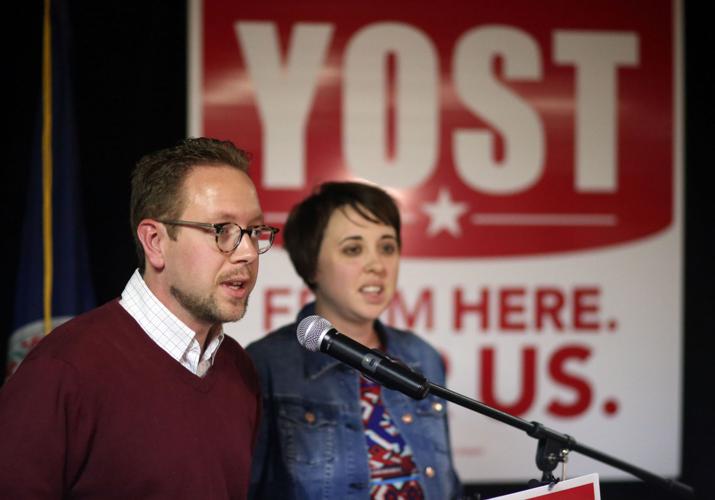 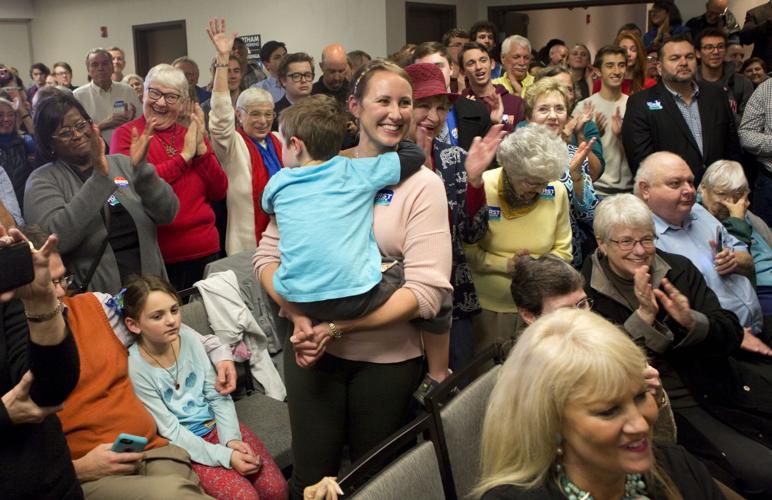 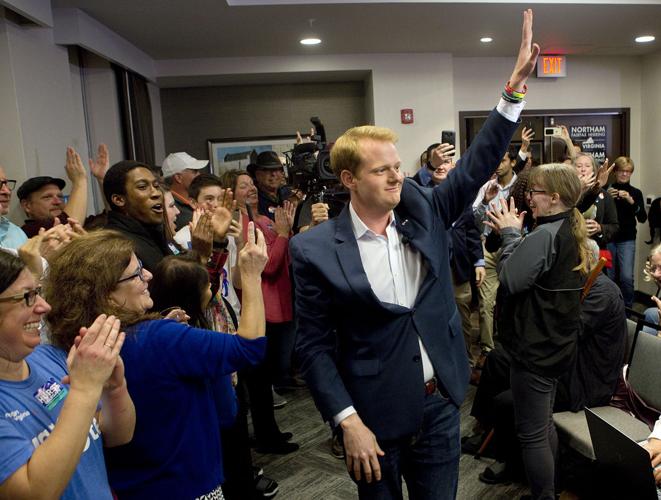 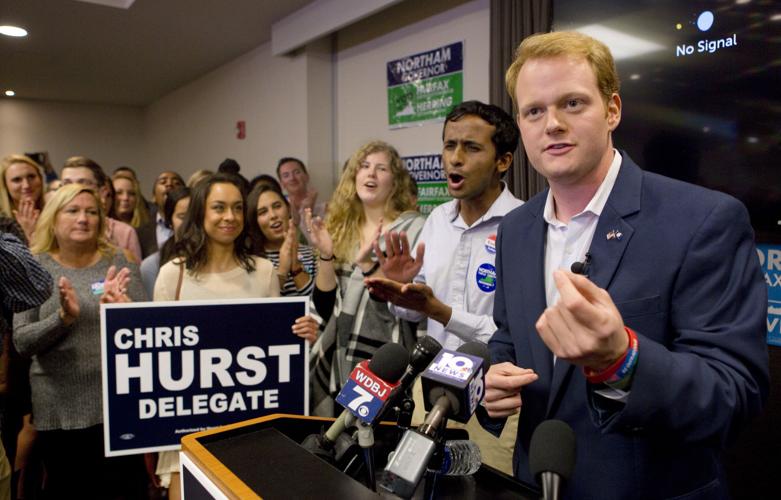 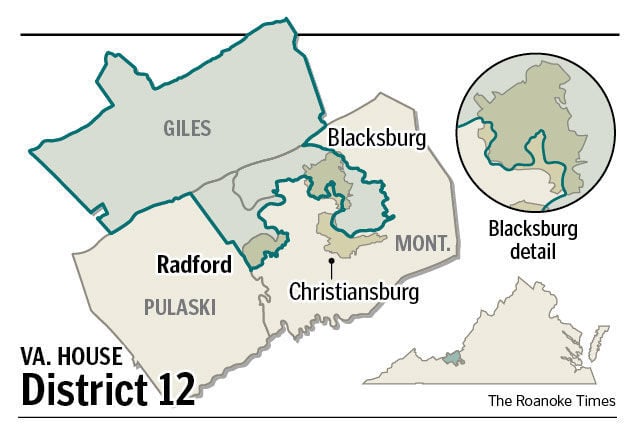 By Carmen Forman and Robby Korth The Roanoke Times

A familiar face from local TV news will be vaulted back in the public spotlight, this time as a member of Virginia’s House of Delegates.

Hurst’s win, and the victories of more than a dozen other first-time Democratic candidates challenging Republican incumbents, could point to a wave of anti-Donald Trump sentiment sweeping across the commonwealth during the first year of the president’s administration. Hurst joins Del. Sam Rasoul, D-Roanoke, as the only Democrats representing Southwest Virginia in Virginia’s House.

With a sheepish grin, Hurst faced an energetic crowd of more than 100 people Tuesday evening at the Hyatt Place Blacksburg. His voice was barely audible over the crowd’s roar of applause.

“We’ve waited so long and worked so hard to make sure that the New River Valley finally has a voice in Richmond that will be loud, that will be strong, that will be fearless and a voice that will represent the entire district and not just those that voted for a delegate but for everybody who lives here,” Hurst said.

Hurst, a first-time candidate, had unusually high name recognition from more than six years as a reporter and anchor at WDBJ (Channel 7). He was also catapulted into the national spotlight after his girlfriend, Alison Parker, was shot and killed during a live broadcast in 2015 — a tragedy Hurst, 30, talked about frequently on the campaign trail.

Andy Parker, Alison’s father, attended Hurst’s election night watch party. Like most people at the party, he was ecstatic about Hurst’s victory.

“I know that Alison is with us and she’s smiling,” he said. “I’m so proud of Chris and all that he’s done with this campaign.” Even before Hurst’s win, Parker was planning to attend Hurst’s swearing in ceremony once the General Assembly session kicks off in January.

Touched by Hurst’s heartbreaking story and angry at Trump, Democrats from Virginia and other states donated big money to Hurst’s campaign hoping to flip the seat from red to blue. On election eve, social media support for Hurst poured in from across the country and from as far away as Sydney, Australia.

But Hurst owes much of his victory to students at Radford University and Virginia Tech. His large gains in Radford and Montgomery County were enough to stave off large margins of victory for Yost in more conservative Giles and Pulaski counties.

Hurst said he had about 70 student volunteers, fellows and interns working for his campaign on the campuses who did “campaigning the old fashioned way with pens and blank sheets of paper and without third party data,” he said.

Radford University Young Democrats member Geoffrey Preudhomme and other campus activists helped register more than 1,600 student voters. Preudhomme worked on Hurst’s campaign as a response to Trump, who held a rally at the school last year ahead of Virginia’s Republican primary.

“We treated it like it was an emergency,” he said. “And something extraordinary happened.”

Yost faced contentious elections since first vying for elected office in 2011, but Hurst’s minor celebrity status presented a new challenge. Hurst outraised Yost by bringing in more local campaign donations and drawing contributions from residents in more than two dozen other states. Both candidates spent more than $1 million on their campaigns.

Surrounded by a somber crowd at the Giles Country Club, Yost thanked supporters for trusting him for three terms. His voice cracking, Yost choked back his emotions. Several people in the audience openly cried.

“It’s not the result that we expected, obviously,”’ Yost said. “I couldn’t think of any higher honor or privilege than to represent particularly my home county of Giles.”

Yost kept his remarks short and sweet. After thanking his campaign manager, family and friends there was nothing left to say.

Hurst left WDBJ and moved to Blacksburg in February to seek the 12th District seat. Unemployed and living off his savings during the campaign, Hurst will now make $17,640 as a member of Virginia’s part-time General Assembly. He also hopes to continue telling stories as a freelance journalist.