RICHMOND — Lawmakers got rolling on proposals during the first week of the General Assembly session about how to produce the billions of dollars needed to improve Interstate 81.

Over the years, various proposals have been put forward about how to make the necessary upgrades to the 325 miles of I-81 in Virginia to reduce crashes and unpredictable incidents that cause delays for drivers. But they have stalled.

As lawmakers converged in Richmond for the start of the 2019 session, they made a show of bipartisan effort to finally fix the interstate. But with legislators along the interstate corridor divided over tolls and taxes — the primary funding recommendations — they’re uncertain about whether they will leave Richmond in six weeks with a solution to a widespread complaint among Western Virginians.

“Here is the issue,” said House Majority Leader Todd Gilbert, R-Shenandoah. “Everybody agrees there is a problem, and nobody sees the solution in the same way.”

On Tuesday, lawmakers joined Gov. Ralph Northam at the Capitol to demonstrate bipartisan support for proposals to fix I-81. Northam praised the effort again Wednesday in his annual State of the Commonwealth address to the General Assembly.

“We all know that current resources are not adequate to the task of making I-81 a better, safer road,” Northam said. “I’m happy to say that we’re working across the aisle, with legislators from both parties whose districts include I-81, to make this happen.”

Republican Sens. Mark Obenshain and Bill Carrico as well as Republican Dels. Steve Landes and Terry Austin are expected to file bills related to I-81.

None of those bills had been filed as of Friday afternoon, which is when Landes, of Augusta, said he hoped for them to be filed and available for public view.

The bills are expected to be based on ideas developed by the Virginia Department of Transportation, which has identified $2 billion worth of I-81 upgrades. Those projects, which have been endorsed by the Commonwealth Transportation Board , include widening highway sections , lengthening access ramps and making curve improvements , such as adding lighted signs.

To pay for those projects, VDOT wants to establish tolls. It suggests installing six overhead scanners in each north-south direction, located about 40 miles apart, between urbanized areas and near other interstate junctions .

Implementing the toll program would cost about $43 million.

Toll revenue and annual passes, which legislators have said would cost $25 to $30, would provide a steady fund to improve the interstate, about $150 million a year. The state would also borrow construction funds with repayment programmed from that improvement fund.

VDOT also suggested increasing retail sales and use taxes as well as motor fuels taxes from Bristol to Winchester as another source of funding.

“This will be a long discussion over session about tolls and taxes,” Sen. Carrico, of Grayson, said at a joint meeting of the House and Senate Transportation committees last week.

Del. Austin, of Botetourt, said it’s crucial that lawmakers find a revenue stream for I-81 repairs.

“I don’t know what that source of revenue will be, be it tolls, taxes, gas tax or whatever, but I do think we need to find a revenue stream,” he said. “There’s been much loss of life, time, money and injuries as a result of lack of improvements on this highway. I just want everyone to know all options are open.”

Lawmakers are at a fork in the road on I-81.

Many oppose a sales tax increase because of the effect it would have on people who rarely use the interstate. Others are amenable to raising the gas tax.

“What I do know is, we have to do something about 81,” said Del. Chris Head, R-Botetourt. “But I don’t want to see any new taxes.”

Similarly, Gilbert said, “Taxes are a deal breaker for me.”

Del. Nick Rush, R-Christiansburg, said he isn’t a fan of tolls. Dublin’s Volvo Trucks plant is a major employer in his district, and he is mindful of the trucking industry’s opposition to tolls.

Nearly 12 million trucks travel I-81 each year, hauling freight valued at $312 billion. No other interstate in the commonwealth carries a heavier share of truck traffic.

Sen. Obenshain has been a key player in I-81 discussions over the years. He authored the legislation that set the VDOT study in motion, which resulted in the Commonwealth Transportation Board’s recommendations.

He did not respond to comment requests for this article.

Sen. John Edwards, D-Roanoke, is opposed to tolls because he said neither everyday drivers nor the trucking industry likes paying them. He filed his own bill that would increase the statewide wholesale gas tax to 5 percent.

generate about $850 million annually, with $300 million set aside for I-81. The remainder of the revenue would go into the Commonwealth Transportation Fund for building and maintaining roads elsewhere across the state.

“My proposal is more sellable to people, it’s the least painful, it raises more money and it helps everybody throughout the state,” Edwards said.

Edwards has been working to build up support for his proposal, which has received the backing of some Republicans and Democrats, especially those representing Northern Virginia.

Some lawmakers use the term “Balkanized” — or establishing distinct regions — when talking about approaches to pay for transportation infrastructure needs.

In urbanized Northern Virginia and Hampton Roads, residents already pay multiple highway tolls and a higher sales tax on wholesale fuels . Legislators from those part of Virginia said they favor Edwards’ idea of tackling transportation funding as a statewide — not a regional — issue.

“Our politics have become so dysfunctional,” said Sen. Scott Surovell, D-Fairfax. “Legislators in a certain part of the state will only vote for tax increases if it benefits their specific region. I think that’s a very dangerous precedent.”

Surovell said some of his peers were irked when they heard about a $30 annual pass to travel I-81 for a year, while people in Northern Virginia already pay more than that on a toll road daily .

“This is why, by funding projects regionally, you start to really exacerbate these tensions,” Surovell said.

Sen. Chap Petersen, D-Fairfax City, also liked Edwards’ idea and wants a gas tax to primarily fund road improvements. “We’re scrambling for money for our highways, and I-81 is obviously a problem,” he said.

One reason could be people driving more hybrid and electric vehicles, he said.

“So from a long-term funding perspective, would it sustainable?” Austin said in reference to Edwards’ bill, which he said he would consider.

Edwards and others acknowledge his plan would be more of a short-term solution, but a promising one to implement while giving the state more time to examine other funding options.

“People say you can’t rely on a gas tax forever, but you can for the foreseeable future,” Edwards said.

Residents of Virginia’s I-81 corridor are divided on tolls or taxes for improvement funding. But they are united behind having something done , according to a recent survey by the Virginia Transportation Construction Alliance, an advocacy group for the industry.

Crash-related traffic jams plague I-81. There were about 11,000 crashes between 2012 and 2016, with about 45 annually during that period that took more than four hours to clear.

There’s another divide among lawmakers in addition to funding sources. Some are optimistic they can develop legislation that will get through the General Assembly.

“We’ve got to build support,” Del. Landes said. “But that’s why we’re working with the administration. The governor will help us with the Democratic colleagues, and they will realize that just as we have tried to address problems in other parts of the state with transportation, this is the biggest problem for the western part of the state.”

Others are more reserved.

“There are so many moving parts right now to this, I’m cautious about whether or not we’re going to see a resolution this year,” House Majority Leader Gilbert said. “I hope we do. I’d like to see a resolution. I think the people I represent don’t want to wait on a solution.”

With the November election ahead , when all 140 seats in the General Assembly will be on the ballot, some Republicans said they are conscious of Democrats possibly taking control of one or both legislative chambers.

“We’re certainly cognizant of the current political climate that we may lose the ability to be at the table in the future, absolutely,” Gilbert said. “That’s part of the considerations here.”

RICHMOND — Legislation dealing with funding to improve Interstate 81 is at a standstill for now.

RICHMOND — Two pieces of legislation aimed at funding Interstate 81 improvements made it out of a state Senate panel Wednesday.

Revised legislation on fixing I-81 doesn't include tolls or taxes

RICHMOND — A bipartisan effort to develop a funding mechanism to fix the safety and congestion problems along Interstate 81 came to a halt last week.

RICHMOND — A small group of lawmakers is meeting this week behind closed doors to discuss Interstate 81 legislation, and negotiations are ongo…

RICHMOND — A last-ditch effort to try and establish a funding stream for improvements to Interstate 81 sputtered out Friday.

Gov. Ralph Northam is making one more attempt this year to set up a funding stream for Interstate 81 improvements.

As Gov. Ralph Northam revealed late Tuesday a last-ditch plan to establish a funding stream for Interstate 81, lawmakers in the Roanoke and Ne…

The General Assembly will convene Wednesday to take up vetoes and amendments from the governor, giving the legislature a final opportunity thi…

RICHMOND — Lawmakers have broken through the congestion and have backed a plan to fund improvements to Interstate 81.

With funding plan approved, discussions start on I-81 priorities

Rep. Ben Cline is pitching Interstate 81 as a highway in crucial need of federal funding to enhance safety and maintain its vital role in the …

Governor, Western Virginia lawmakers back tolls to fix I-81

Gov. Ralph Northam came out Tuesday in favor of charging tolls on Interstate 81 to fund $2.2 billion in proposed safety and reliability improv…

Resident survey: I-81 should get the billions in improvements proposed 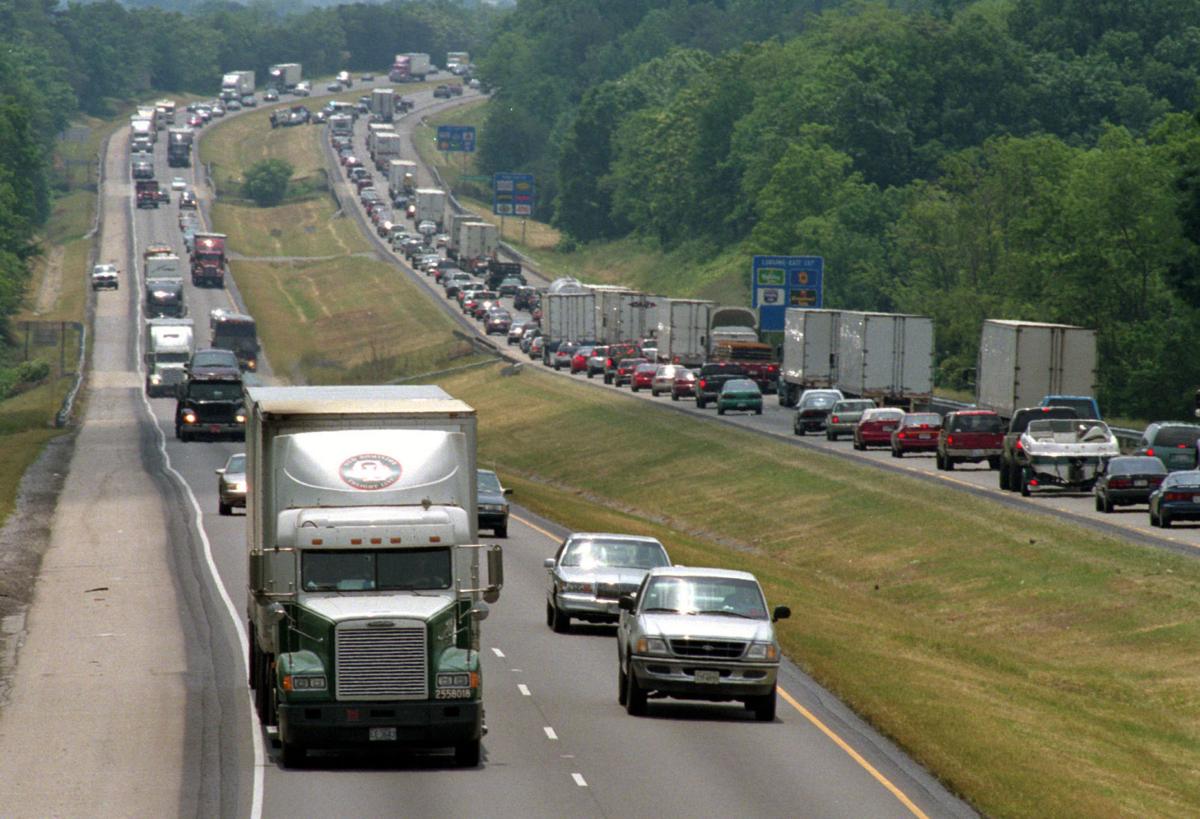 Nearly 12 million trucks travel I-81 each year, hauling freight worth $312 billion. No other interstate in the commonwealth carries a heavier share of truck traffic. 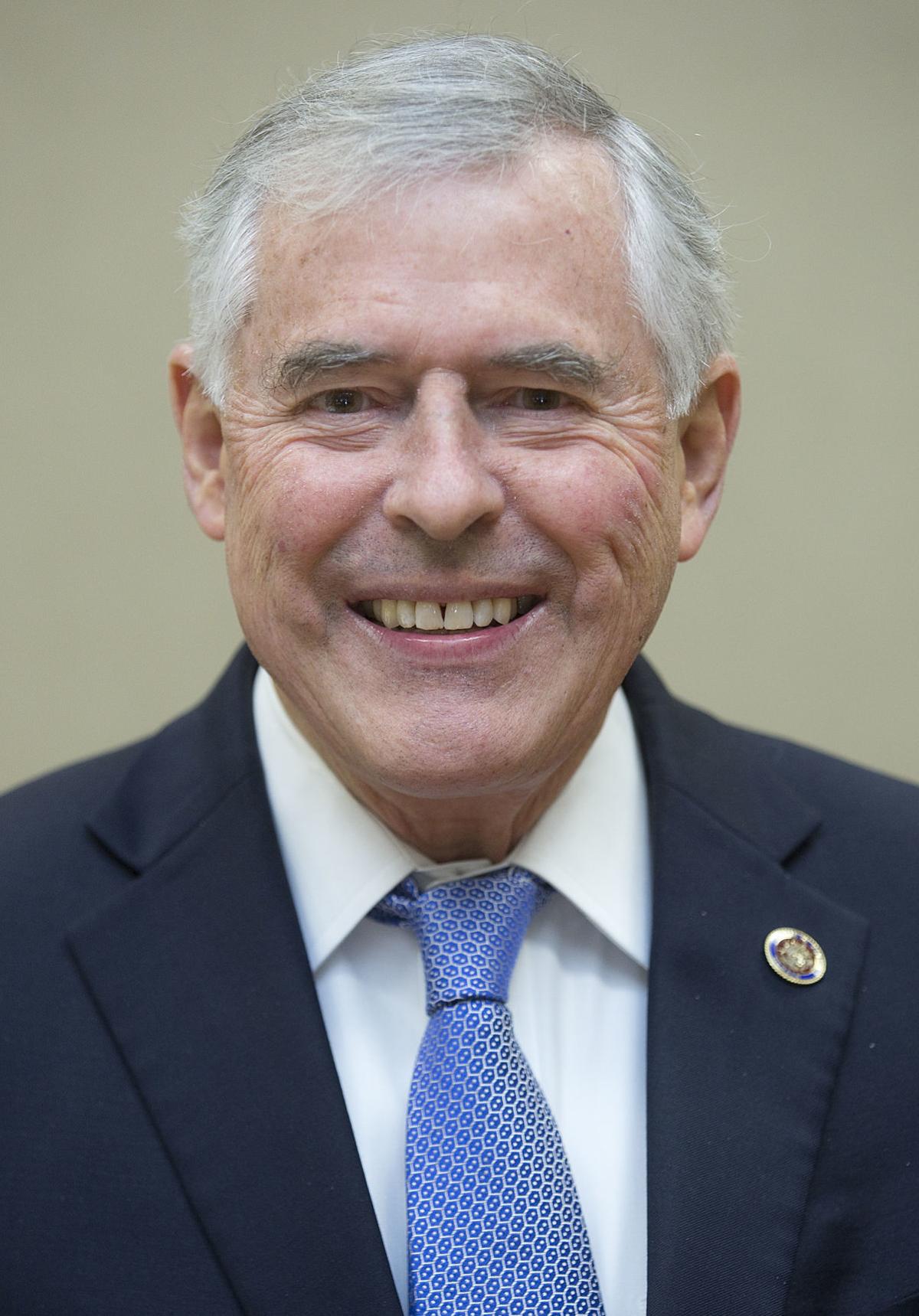 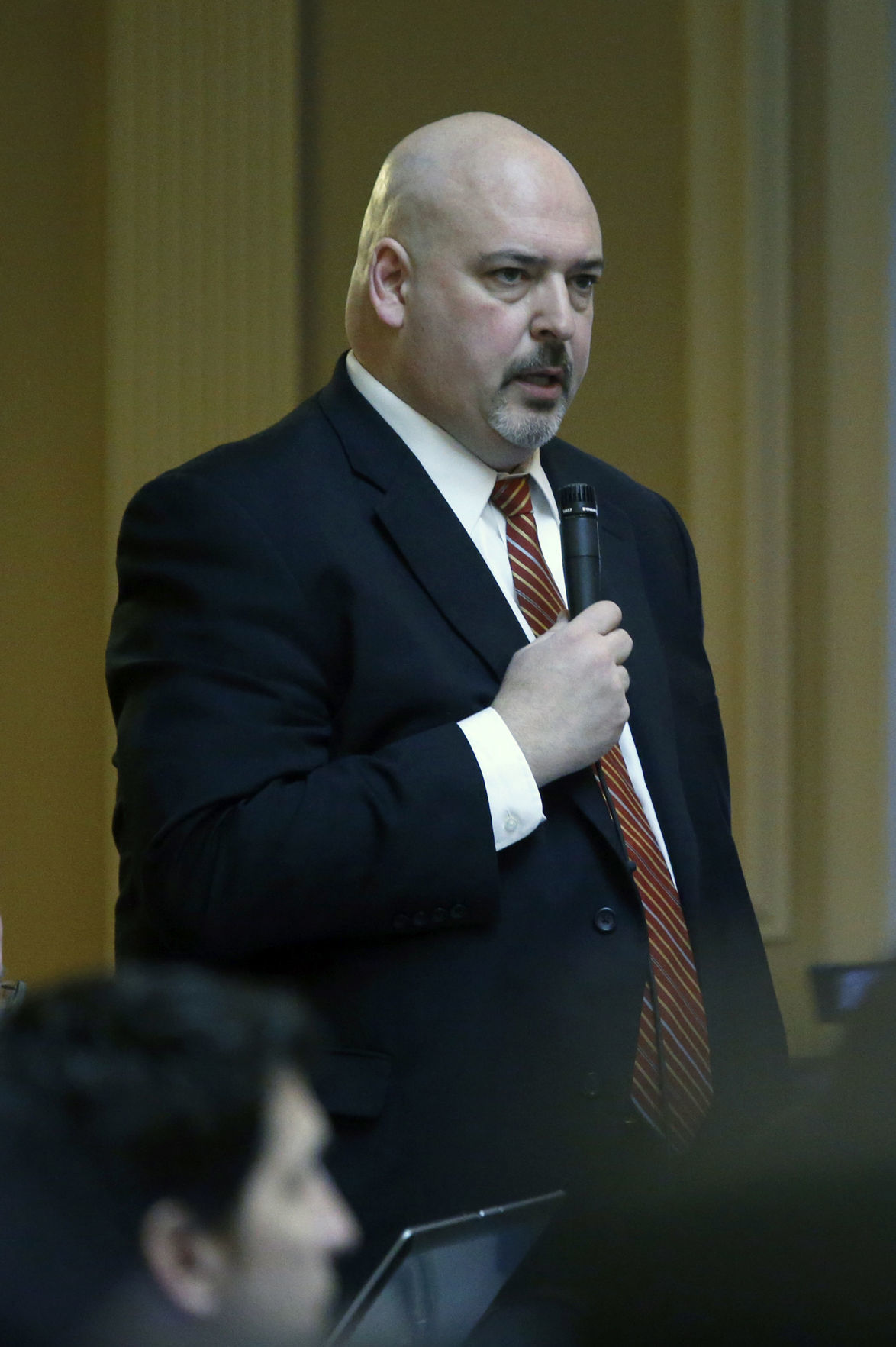 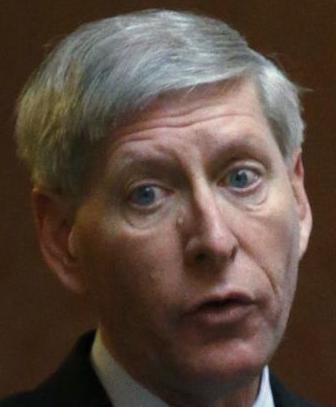 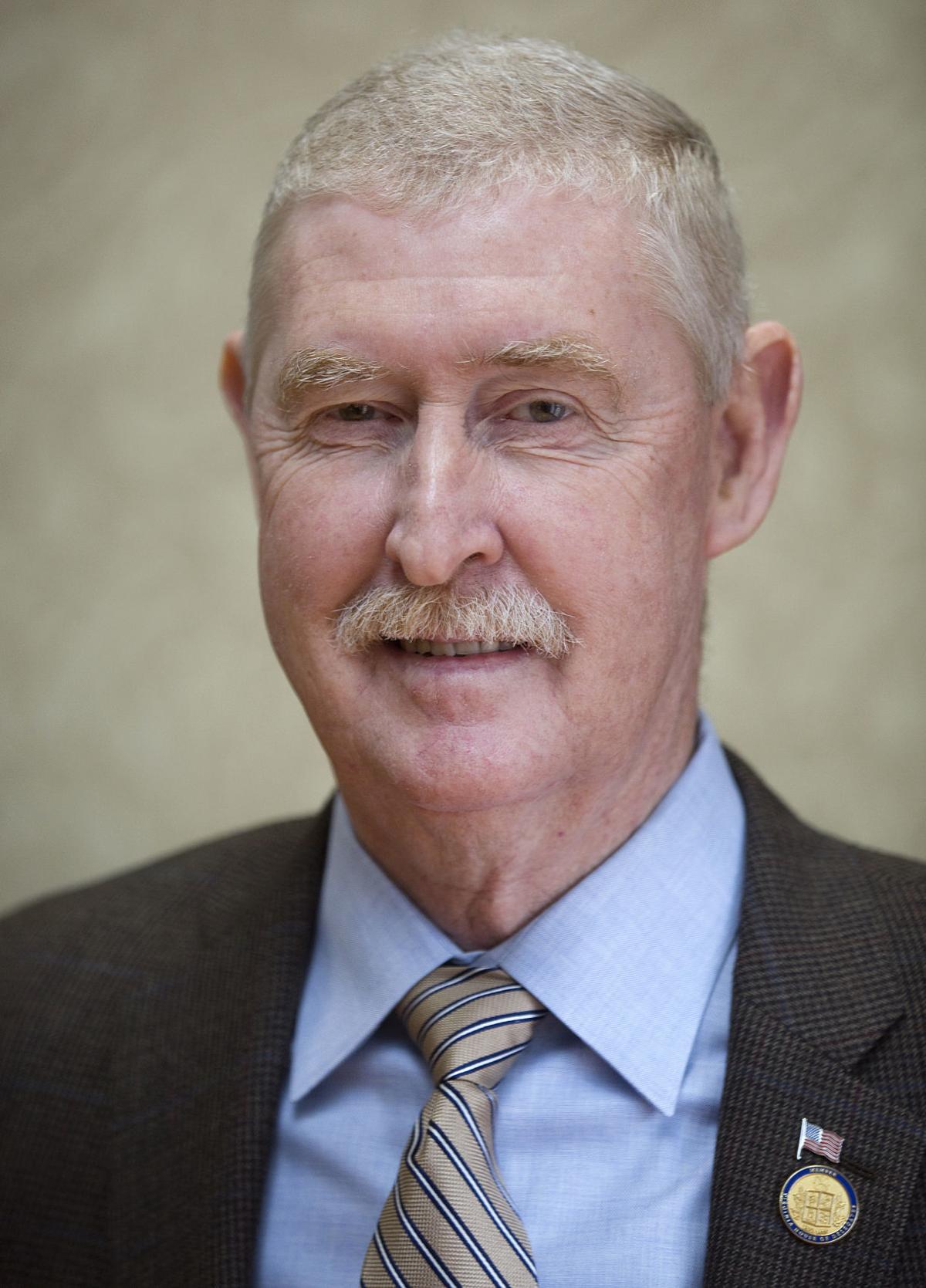 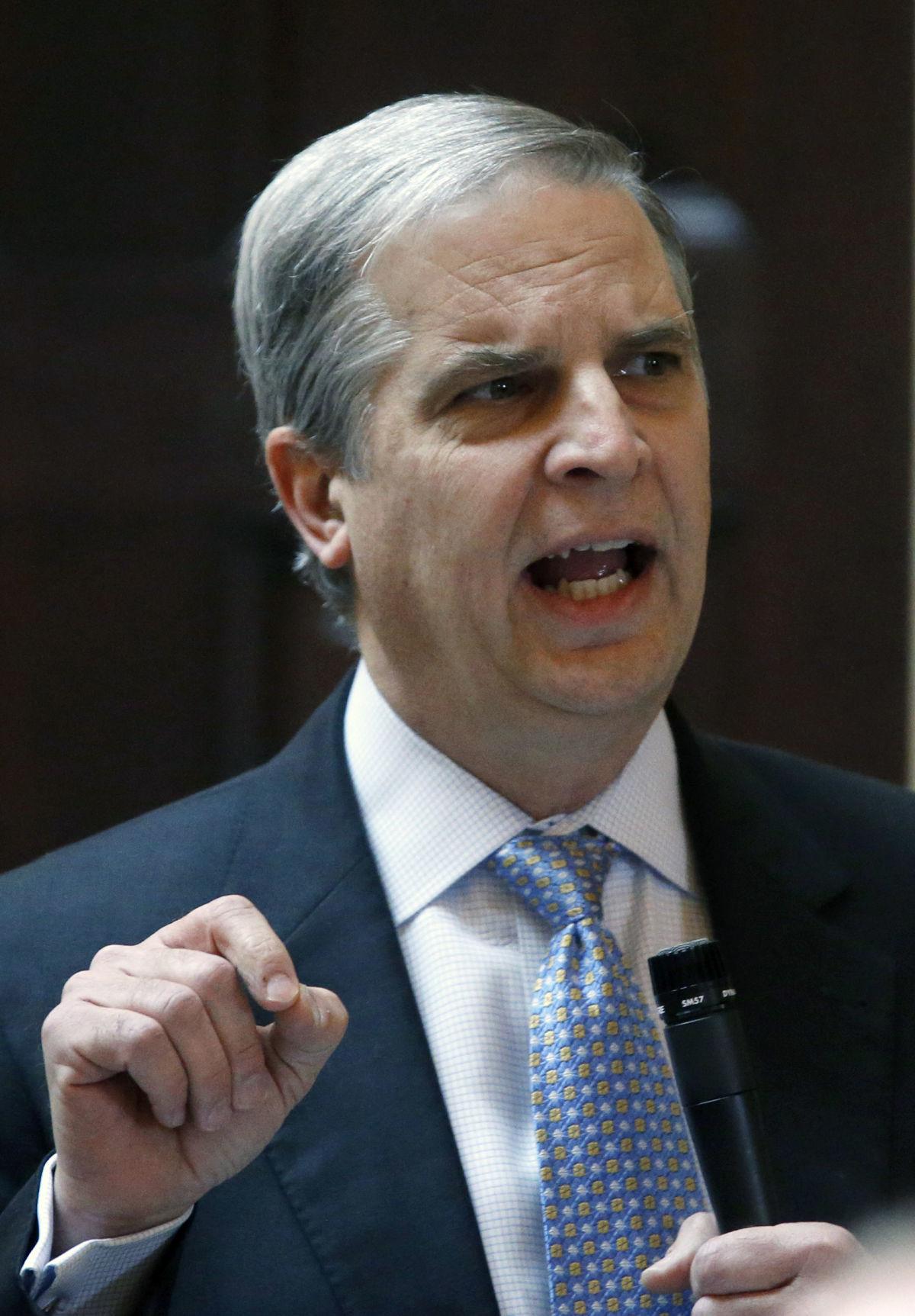