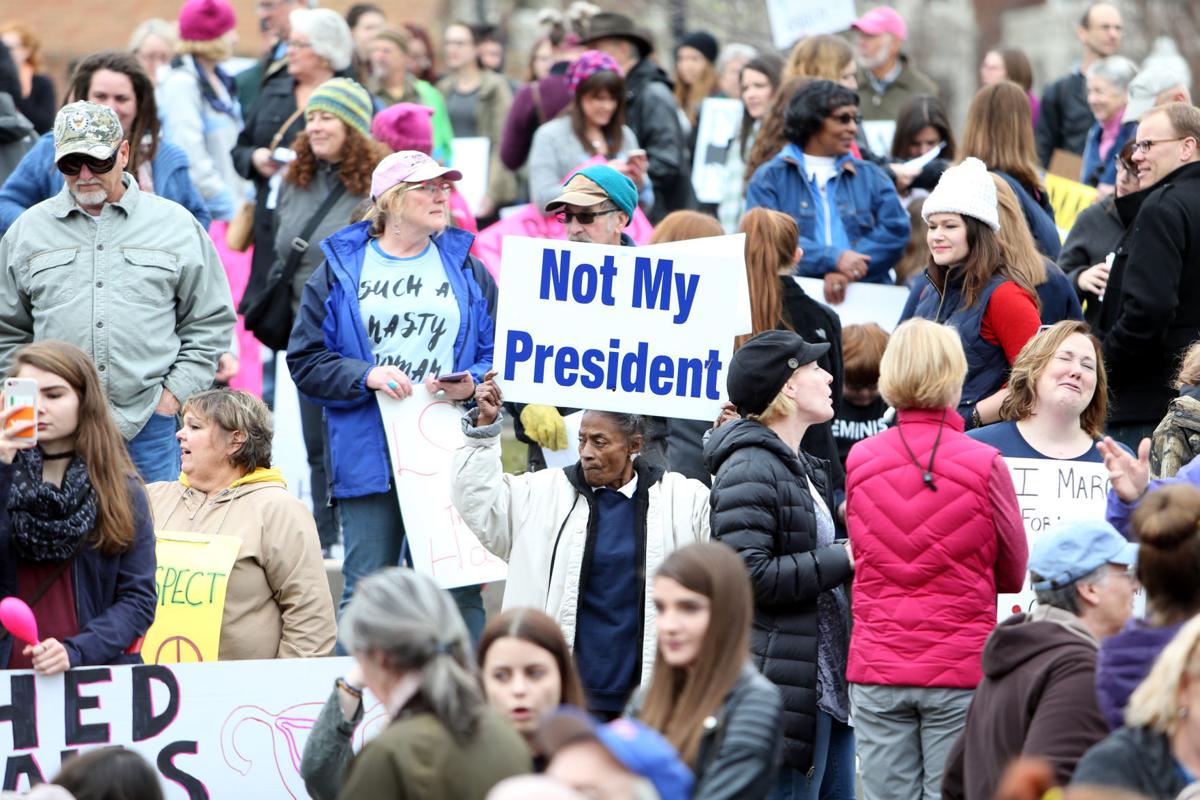 Thousands of people crowded into Elmwood Park to participate in the 2017 Women's March on Roanoke. 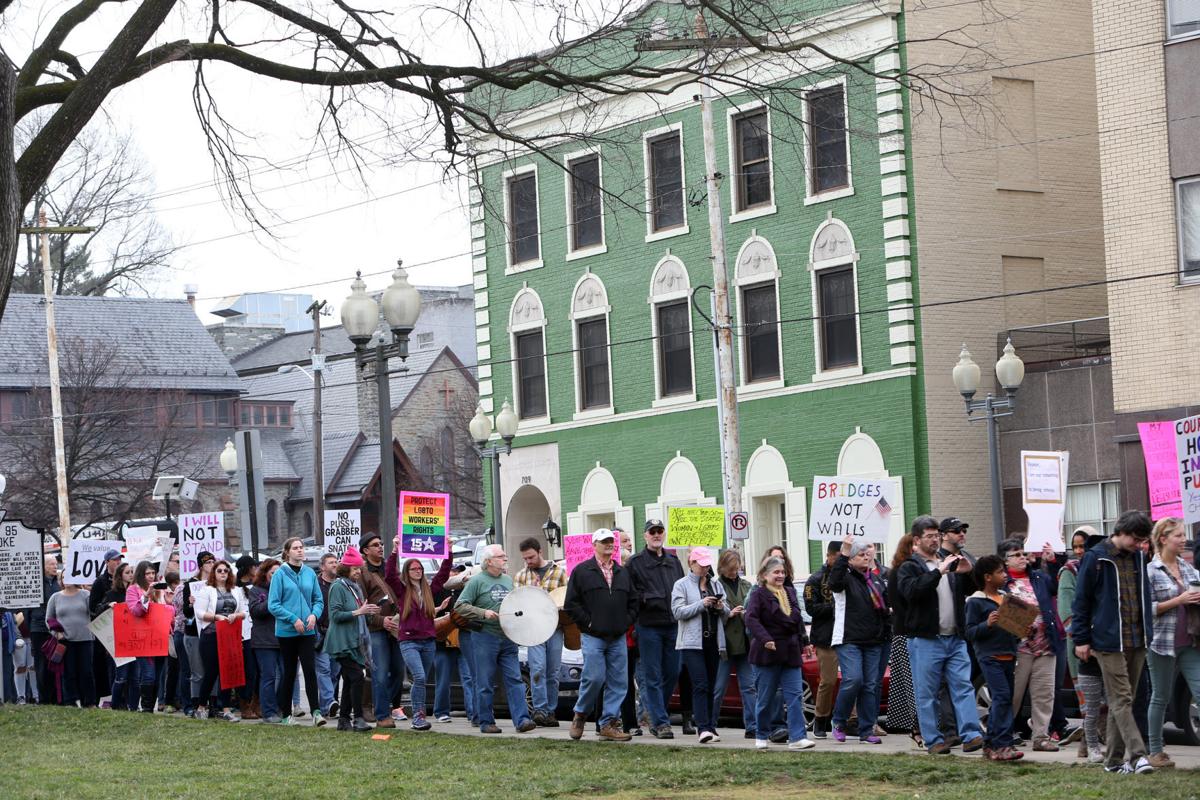 Participants in the 2017 Women’s March on Roanoke make their way along the parade route on South Jefferson Street. 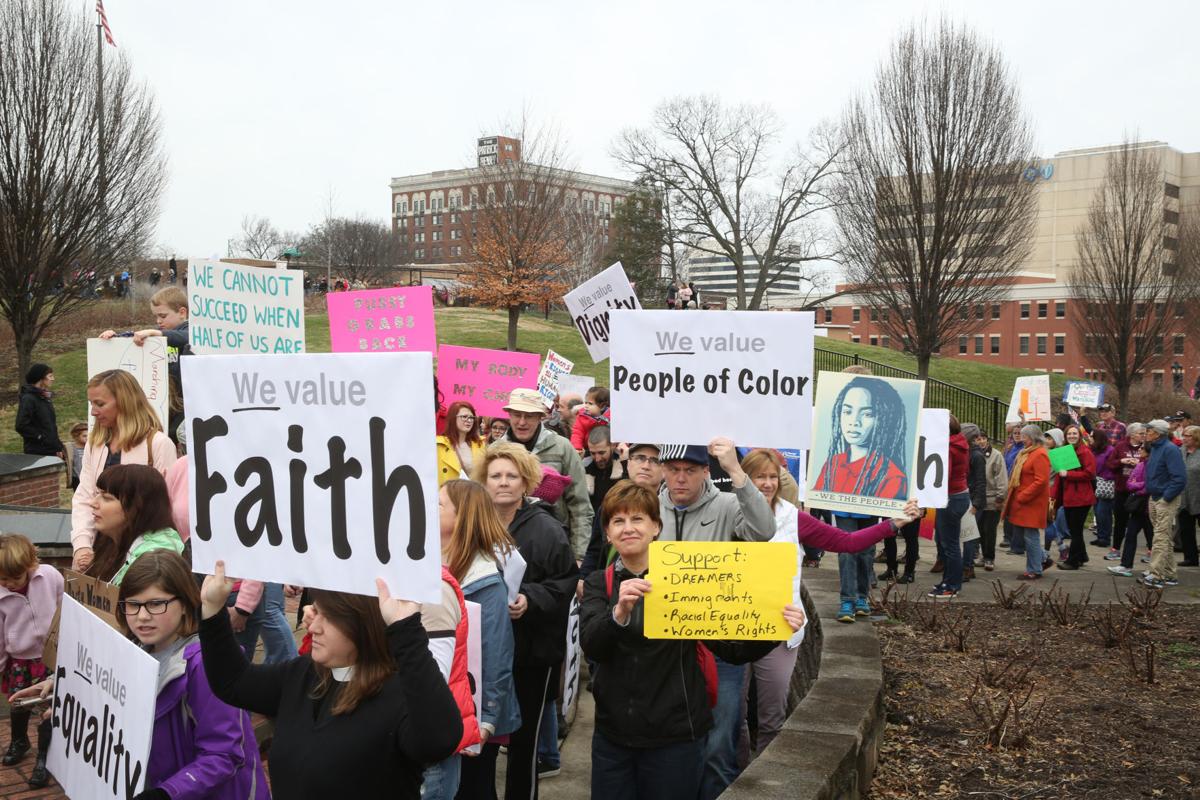 Thousands marched through Elmwood Park in the inaugural Women’s March on Roanoke on Jan. 21, 2017, with a variety of signs targeting political and social issues.

Jan. 3, 2018, 9:50 a.m.: The first Women's March on Washington, D.C., occurred Jan. 21, the day after President Donald Trump's 2017 inauguration. An earlier version of this story incorrectly reported the date and has been updated.

After thousands of people unexpectedly turned out for the inaugural Women’s March on Roanoke last year, one inspired woman is planning to do it all again this month.

The Roanoke women’s march — a local version of a larger demonstration that occurred in Washington, D.C., the day after President Donald Trump’s inauguration — served as a rallying cry for women in the Roanoke Valley who were upset by Trump’s rhetoric and treatment of women.

This year’s march will occur Jan. 20, one year after Trump took office. While much of the motivation for the march still stems from the 2016 presidential election, the upcoming march is a chance to look ahead to the 2018 mid-term elections, said event organizer Melissa Anderson. Virginia’s congressional delegation and U.S. Sen. Tim Kaine, D-Va., will be on the ballot.

Inspired by the gains female candidates made in Virginia’s House of Delegates elections in November, the march is a way to remind women their votes matter and empower them to run for office, said Anderson, of Cloverdale. The march’s theme will be, “If you can’t hear us, hear our votes.”

Anderson participated in last year’s march, but stepped up to a leading role this year. A former Marine who works as a caregiver with Companion Home Care, Anderson is organizing the 2018 march with the help of about 10 other men and women.

“I’ve never felt anything like I felt at Elmwood Park that day marching through those streets with those women that I didn’t know from Adam,” she said. “It sparked a fire.”

Roanoker Djuna Osborne, who is running for the Roanoke City Council, helped organize last year’s march with friend Leslie Cramer. But Cramer has since moved out of the area and Osborne, a mother of two, is busy campaigning. They were happy to pass the torch.

She also started a GoFundMe page to raise money for the event. Anderson is trying to raise $3,000 to cover the costs of renting the park and to pay for security, portable toilets and any travel expenses for event speakers. The campaign raised about $800 in its first two weeks. Anderson is still locking down event speakers.

Similar marches will happen across the country in mid-January. The national march in Washington, D.C., will also occur Jan. 20, and some locals are organizing bus rides from the Roanoke area.

More than 4,000 people turned out for the 2017 Women’s March on Roanoke. Anderson is hopeful as many or more will turn out in the new year.

Women may be more energized now than they were last year, she said. Women are becoming increasingly upset with every new instance of sexual assault and harassment that is reported, she said. That anger, that energy is building, Anderson said, and women are hitting the point where their fists are balled up and they’re ready for action because they’re so fed up.

Fresh off a run for the House of Delegates, Democrat Djuna Osborne announced Tuesday that she will seek her party’s nomination to run for Roan…

Women's March: While some to head to D.C. protest, others to rally in Blacksburg, Roanoke

For Djuna Osborne, sitting on the sidelines was no longer an option.

Thousands of people crowded into Elmwood Park to participate in the 2017 Women's March on Roanoke.

Participants in the 2017 Women’s March on Roanoke make their way along the parade route on South Jefferson Street.

Thousands marched through Elmwood Park in the inaugural Women’s March on Roanoke on Jan. 21, 2017, with a variety of signs targeting political and social issues.