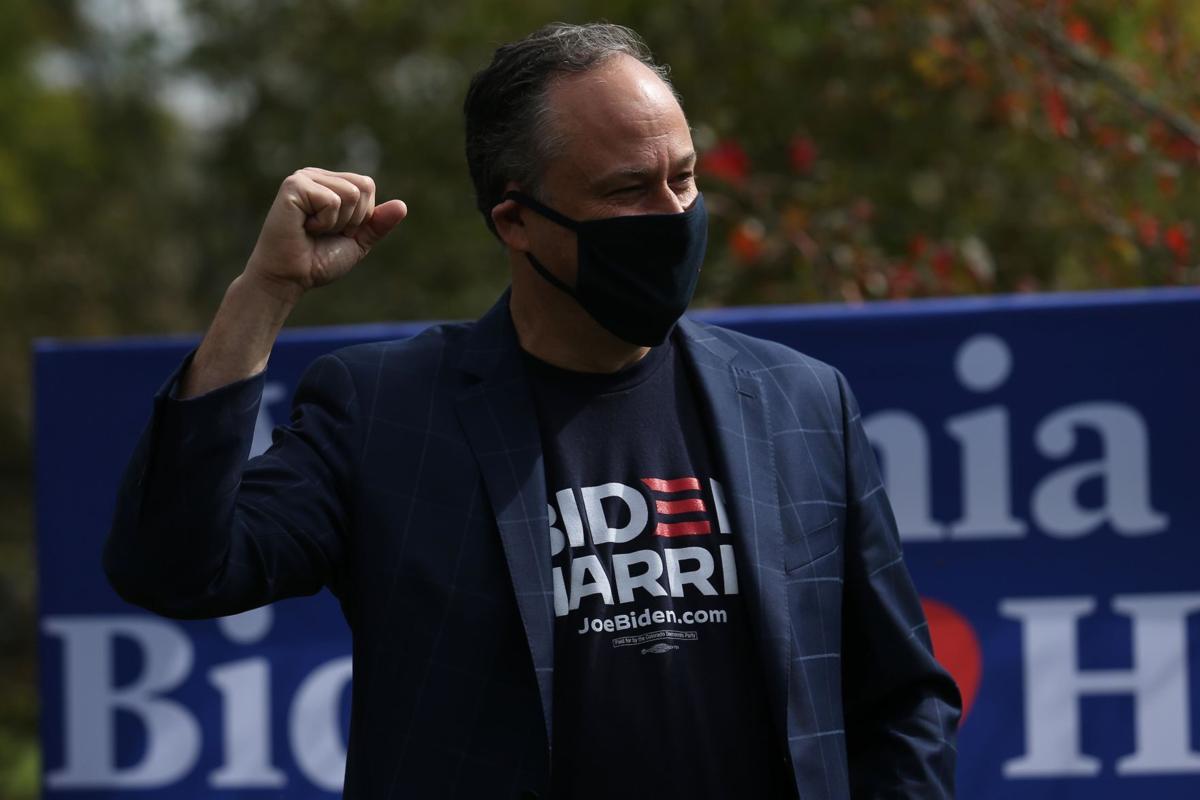 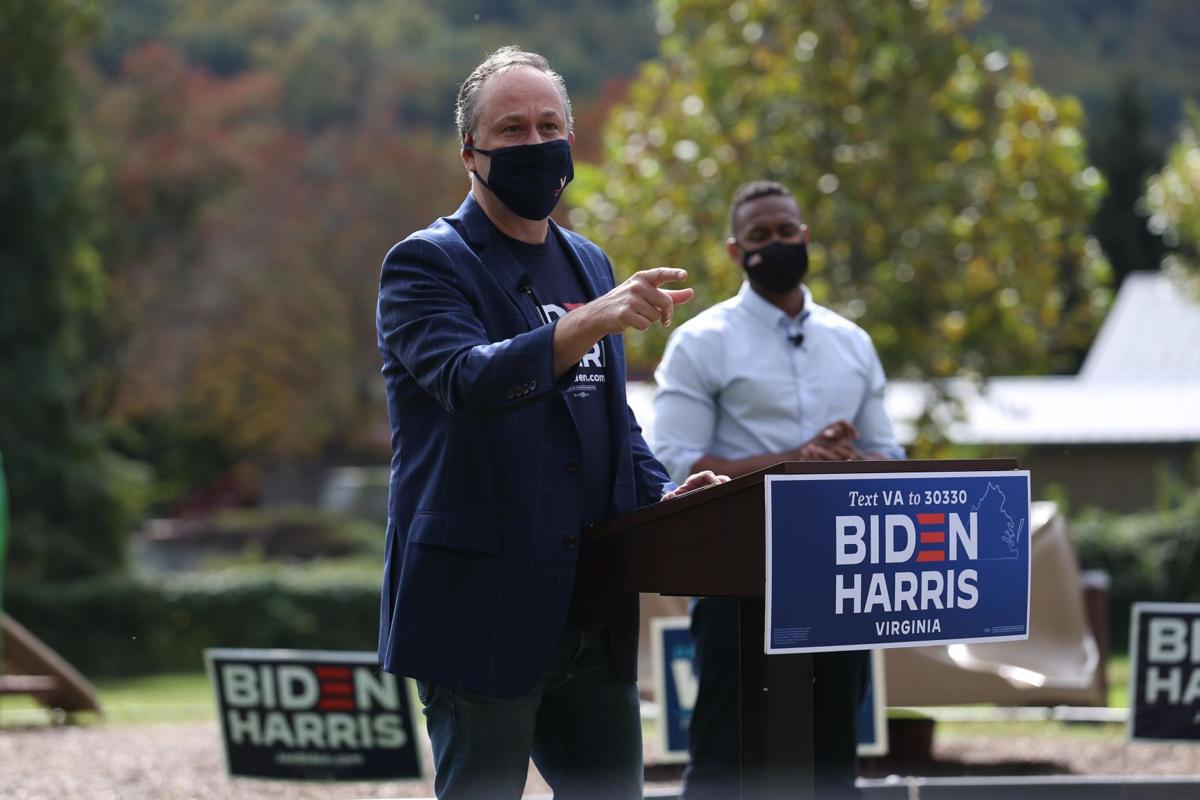 Doug Emhoff, husband of Democratic vice presidential candidate Kamala Harris, gives a speech during a campaign event Tuesday at Rives Park in Charlottesville. Emhoff swung through Charlottesville to encourage voter registration on the day of the deadline to register to vote.

The first of multiple in-person campaign stops in Virginia, Emhoff was greeted by several dozen supporters. Spaced apart in Rives Park, supporters held signs showing their support for Joe Biden and Harris and gave muffled cheers from behind their masks.

“It’s my birthday and there’s no place I’d rather be than to be right back here in Virginia, again, talking about the Biden-Harris ticket,” he said.

Emhoff, a lawyer who married Harris is 2014, said he was in the Commonwealth not only to encourage voter registration but also to encourage first-time voters to support the Biden/Harris ticket.

“Just this past week, I had a chance to meet with students in Nevada and Colorado, some of whom like you are voting for the very first time, and I can tell you, young people are so fired up and they are ready for a change because they know the stakes are high,” he said. “They know all the issues that they care about are also on the ballot right now.”

Much of Emhoff’s speech focused on the COVID-19 pandemic and Biden’s platform, which promises free testing and treatment along with additional contact tracing. Emhoff contrasted this with the response from President Donald Trump’s administration, which he said was more focused on trying to get Amy Coney Barrett onto the Supreme Court of the United States.

“I don’t have to tell you that the Trump administration is in federal court right now, during a pandemic, trying to take your health care away, trying to take away coverage for pre-existing conditions,” he said. “This is what they’re doing right now, folks, this is what we’re up against — [Biden], [Harris] and you and like so many of us believe that healthcare is a right.”

Emhoff was joined at the campaign event by Dr. Cameron Webb, a Democrat who is running against Republican Bob Good for Virginia’s 5th District Congressional seat. Reciting a Rudyard Kipling poem, Webb encouraged voters not to give up momentum with only three weeks left until Election Day.

“What we’re here today to talk about is killing every unforgiving minute we have left between now and when the polls close on November 3, with 60 seconds worth of distance run, running harder than we knew was possible, running faster than we thought we ever could,” he said. “Mounting up with wings like eagles being able to step into this moment and take the energy necessary to deliver victories up and down the doubt.”

Kiera Goddu, president of the University Democrats at the University of Virginia, and Albemarle County Commonwealth’s Attorney Jim Hingeley also spoke at the event, urging voters to support both Webb and Biden.

As the event was happening, Virginia voters were unable to register to vote online due to damage to a fiber optic cable caused during overnight utility work.

A federal judge on Wednesday granted a petition to extend the deadline until Thursday evening.

Tyler Hammel is a reporter for The Daily Progress. Contact him at (434) 978-7268, thammel@dailyprogress.com or @TylerHammelVA on Twitter.

Doug Emhoff visited Charlottesville on Tuesday and encourage people to register to vote.

VIDEO: Memorials at the Lee Statue

VIDEO: Memorials at the Lee Statue

Doug Emhoff, husband of Democratic vice presidential candidate Kamala Harris, gives a speech during a campaign event Tuesday at Rives Park in Charlottesville. Emhoff swung through Charlottesville to encourage voter registration on the day of the deadline to register to vote.