A 12-year-old Bassett girl was located and safe Saturday night after being reported missing from her home in Bassett on Friday.

She was found at a restaurant in Hendersonville, North Carolina, with Kaleb Christopher Merritt, 21, from Spring, Texas.

On Friday, a nationwide Amber Alert was issued for Broadaway as the subject of a suspected abduction. Merritt was taken into custody but there was no information released late Saturday on his status.

Perry said the investigation picked up steam after a news conference he held just over five hours earlier.

“It came about, literally within seconds with other agencies,” Perry said. “The resources came in, the vehicle was located and Merritt was taken into custody.”

Perry also said Merritt was in contact with other young women in the area.

The Southwestern Virginia Internet Crimes against Children Task Force first notified the Henry County Sheriff’s Office on Thursday that it had flagged messages on Instagram between the two, a release stated.

Police caught up with with Merritt at Planet Fitness on the Greensboro Road in Martinsville. It was there they seized his cellphone.

Even though police thought they had possession of Merritt’s means of communicating with Broadaway, the following day she was reported missing from her home on Reed Creek Drive.

“There was still a means of communication and they were still communicating electronically,” Perry said.

Police determined that Broadway and Merritt had been communicating with each other on social media since December and that Merritt drove to Henry County earlier this month and set up camp in a wooded area behind Broadaway’s home where they met several times, a release stated.

Police say they believe Merritt picked up Broadaway after he coerced her to leave her home and she hadn’t been seen since.

“We believe she left willingly,” Perry said. “He had been living out of his vehicle and taking care of his personal hygiene at the fitness center.

“We discovered he had a pop-up tent in the woods not far from the home and she [Broadaway] was going to see him at this tent.

Hendersonville, where Merritt and Broadaway were found, is south of Asheville, North Carolina, less than four hours away from Martinsville.

The Henry County Sheriff’s Office was joined by the Virginia State Police and the FBI in the search for Broadaway and Merritt.

Regarding Merritt’s communication with other young girls in the area, more investigation will have to be done.

Said Perry: “We’re still seeing what we’re going to turn up and it may open up to others.”

Sheriff: No evidence of impairment in Woods crash

Sheriff: No evidence of impairment in Woods crash

Allie Michelle Broadaway, 12, has been missing from her home since Friday afternoon.

The State Conference of the NAACP and the Baptist Ministers' Conference of Richmond & Vicinity are calling for an immediate independent investigation of the Virginia Senate Judiciary Committee's judicial selection and reappointment process after the panel decided in late January not to certify for re-election longtime Chesterfield County Judge Pamela O'Berry, one of only two Black judges in Chesterfield. 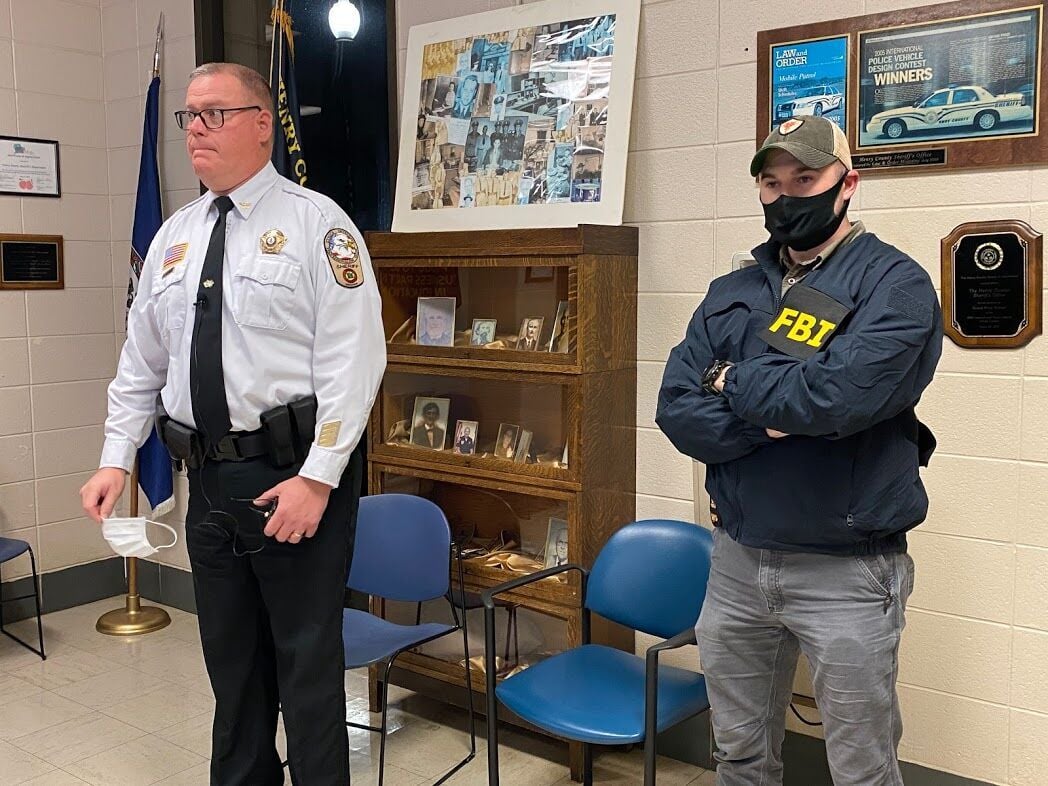