There will be an empty chair when the Virginia Senate convenes for the 2021 session because there isn’t time to determine a replacement for Sen. Ben Chafin, who died Friday of complications from COVID-19.

State law prescribes, “The governor shall issue a writ of election to fill the vacancy. If the vacancy occurs during the session of the General Assembly, the Speaker of the House of Delegates or the President pro tempore of the Senate, as the case may be, shall issue the writ unless the respective house by rule or resolution shall provide otherwise.”

Chafin, 60, was a lawyer and farmer from Russell County.

Since 2014, he represented the 38th Senatorial District, which includes Bland, Buchanan, Dickenson, Pulaski, Russell and Tazewell counties, the cities of Norton and Radford as well as portions of Smyth, Wise and Montgomery counties.

The General Assembly is scheduled to convene Jan. 13 for what is expected to be a 30-day session, shortened after extended special sessions in 2020.

The state Senate is schedule to resume meeting in person at the Virginia Science Museum in Richmond, where desks are physically distanced and access is restricted, to limit the possible spread of the virus.

The 100-member House of Delegates met virtually during last year’s special session and that is expected to continue.

Additionally, the Pocahontas Office Building, which houses legislative offices, is to only be open to legislators and legislative employees during the session, due to COVID-19. However, a state senator from Virginia Beach, Bill DeSteph, has filed a lawsuit challenging the closure to the public. DeSteph said in a news release Friday that the court had agreed the office building should be open to the public during the session as a First Amendment matter. However, a final ruling is pending in federal court.

State Sen. Todd Pillion, R-Abingdon, said Monday the remainder of the Southwest delegation will work to carry on in Chafin’s absence.

“The Southwest Virginia delegation is a close group and will handle all his legislative priorities as needed,” Pillion wrote in a Monday text message.

As a senator, Chafin also served as a member of Senate committees on Education and Health, Judiciary, Privileges and Elections, Rehabilitation and Social Services.

“Not only did this distillery allegedly dump tens of thousands of gallons of industrial waste into a stream, [its owner] also allegedly lied about it to investigators, and that will not be tolerated in Virginia,” the attorney general said.

A Virginia Senate committee voted along party lines on Tuesday to back the censure of Sen. Amanda Chase, R-Chesterfield, for allegedly supporting an insurrection by supporters of President Donald Trump in the Jan. 6 attack on the U.S. Capitol while Congress was certifying President-elect Joe Biden’s electoral victory.

About 100 protesters showed up Monday in downtown Richmond

About 100 protesters showed up Monday morning to a downtown Richmond fortified in anticipation of their arrival. Flanked by reporters whose numbers nearly matched theirs early in the day, the activists represented multiple groups, including the Boogaloo Boys, The Original Black Panthers and Proud Boys.

Localities that do not wish to have marijuana retailers in their jurisdictions may be able to opt out via referendum, according to a recommendation from a Senate panel examining a proposal to legalize the drug in Virginia.

With 52 deaths and almost 500 active COVID-19 cases, the Virginia Department of Corrections is offering inmates who get vaccinated free email stamps and telephone credits and a care package filled with snacks and other commissary items.

“It is as archaic and as Neanderthal a process as I can imagine," said Sen. Joe Morrissey, the bill's lead patron.

Gov. Ralph Northam along with state health and safety officials will be giving an update on the fight against COVID-19 in Virginia. The update is scheduled to begin at 2 p.m.

Father of N.C. suspect in Capitol riot: Charges ‘blown out of proportion’

Chris Spencer's father says his son told him that he was swept along with the crowd when supporters of President Donald Trump stormed the U.S. Capitol on Jan. 6 but that his son caused no property damage. 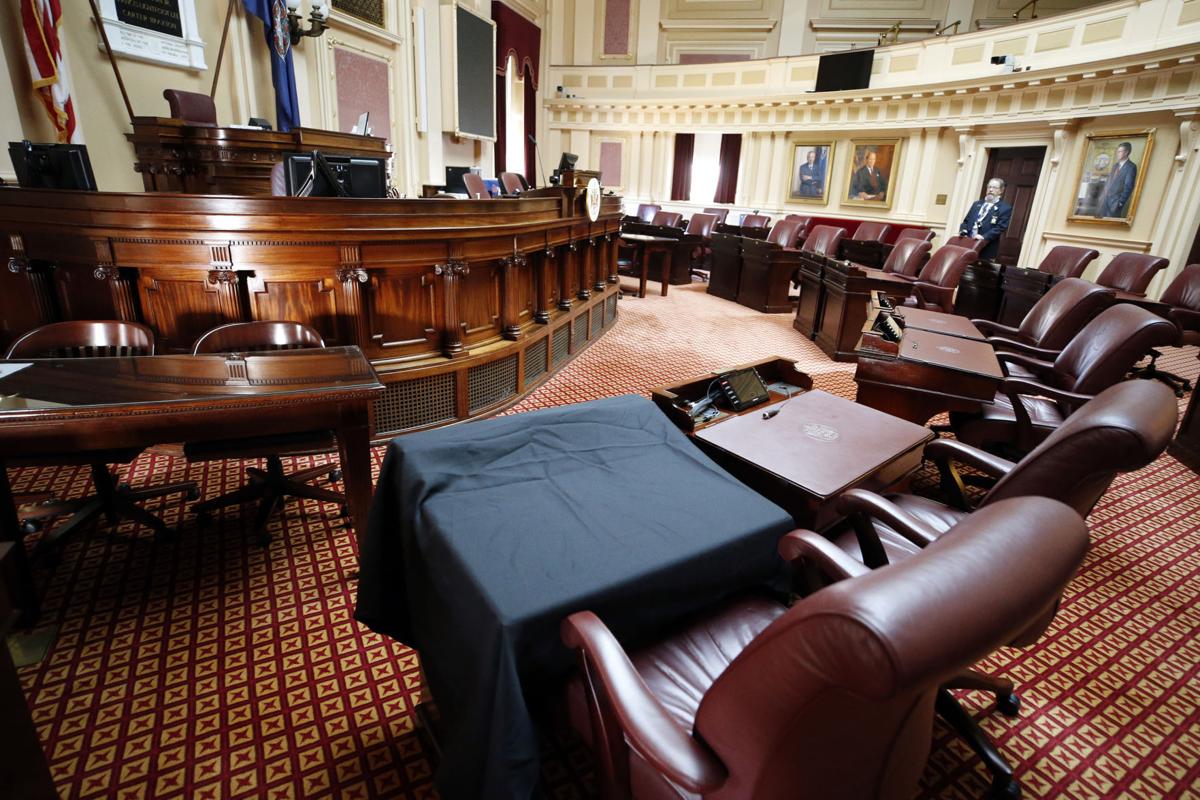 The desk of the late Sen. Ben Chafin, R-Russell, was draped in black Saturday, Jan. 2, 2021, at the state Capitol. Chafin, who passed away Jan. 1, is the first Virginia lawmaker to die from complications related to the coronavirus. 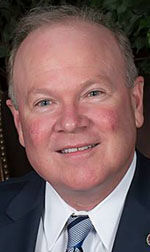