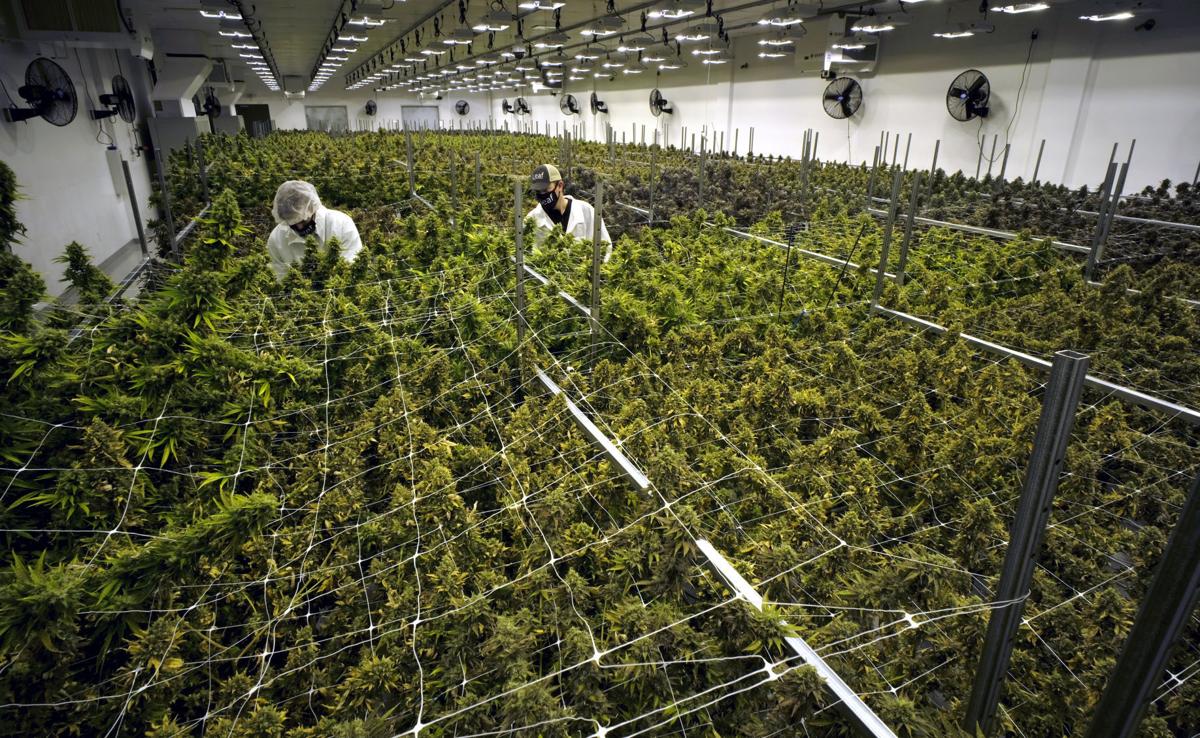 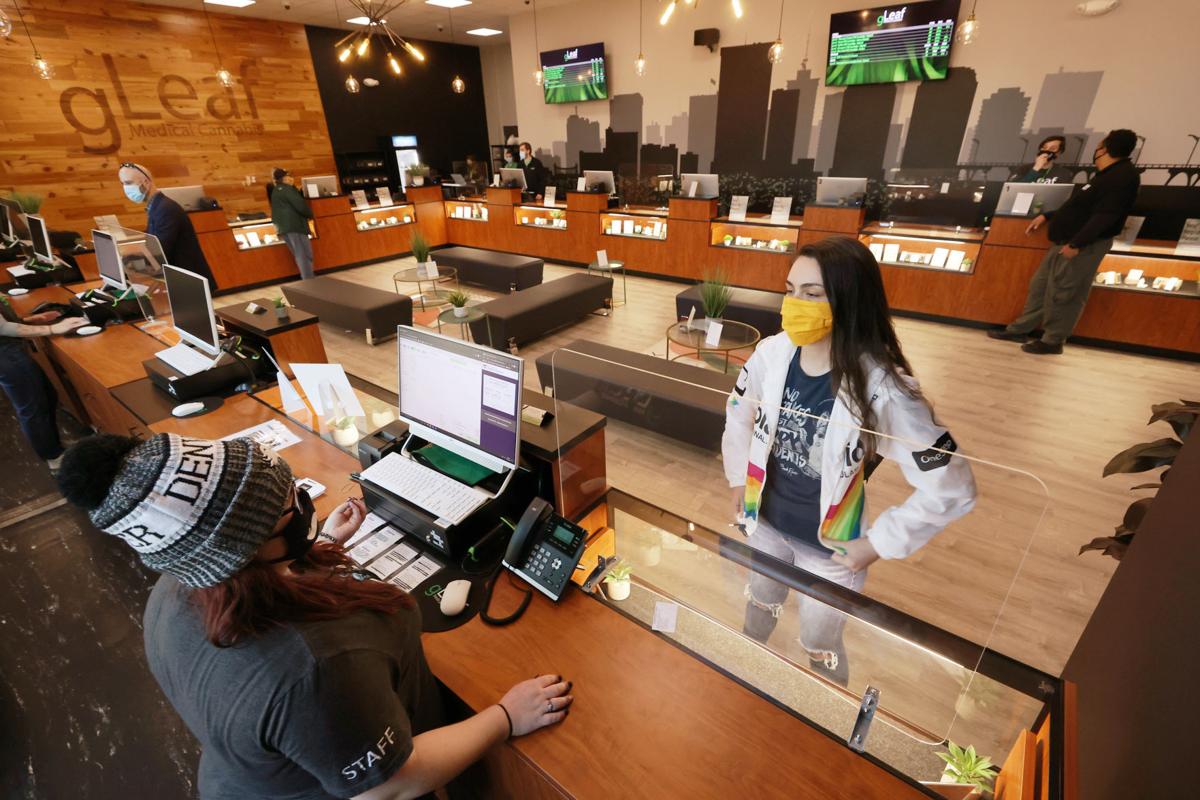 Gov. Ralph Northam’s administration on Wednesday unveiled legislation to legalize the recreational use of marijuana in Virginia, proposing a 21% state tax on the drug and a licensing program meant to ease entry for people harmed by the disparate enforcement of marijuana laws.

Following years of activism by civil rights groups, Northam threw his support behind legalization in November, hailing it as a step forward for racial equity and a profitable endeavor for the state, which would become the first in the South to legalize the drug.

The measure faces good odds in Virginia’s legislature, illustrating the stark changes that have come with Democrats’ sweeping control of state government. The hallmark legislation will be formally introduced by two of the most powerful Democrats in the legislature: House Majority Leader Charniele Herring, D-Alexandria, and Senate President Pro Tempore Louise Lucas, D-Portsmouth. Sen. Adam Ebbin, D-Alexandria, and Del. Don Scott, D-Portsmouth, will also carry pieces of the proposal.

“Equitable marijuana legalization is an important step towards justice in the commonwealth,” Herring said. “For far too long, marijuana laws have targeted black and brown communities and enough is enough.”

The administration’s measure comes weeks after two different state entities studied the issue at the request of the General Assembly, finding that legalizing marijuana would need to come alongside robust investments in data collection, public health, and public education around substance abuse. The administration’s proposal embraced all three, in particular as it relates to youth, a key area of concern for Northam, a pediatrician.

The Virginia Legislative Black Caucus on Wednesday morning endorsed the administration’s proposal, saying it offers an “equitable and just” path to legalization. The Joint Legislative Audit and Review Commission found in November that while Black and white Virginians use marijuana at similar rates, Black state residents are 3½ times more likely to face arrest

Del. Lamont Bagby, D-Henrico, chairman of the caucus, said he was pleased to see deliberate efforts to make sure individuals harmed by the so-called war on drugs can have “ownership” in the new marketplace.

The legislation would create a licensing program for individuals and entities that fit that category, giving them preference for licenses, making them eligible for some low- and no-interest loans, waiving some fees and connecting them with business support.

The measure also includes automatic expungements for many marijuana-related offenses from criminal records.

“If we’re able to pull this off, we’ll be among the first states to make sure that the communities that have been among the most impacted—namely the Black community—will reap significant benefits,” Bagby said.

Marijuana sales would begin in a little less than two years, on Jan. 1, 2023, according to an outline of the legislation. As with alcohol and tobacco, purchasers would have to be at least 21 years old and present a valid photo I.D.

Sales would be limited to an ounce of marijuana, or 28 grams. (An average joint contains a third to a half of a gram, according to academic and federal estimates.) Products would have to be packaged in child-safe packaging with warning labels. Regulation would limit advertising to discourage marketers from attracting interest among youth.

All sales would be taxed at an overall rate of around 30%, in line with rates in Colorado and Illinois, which fall on the higher end of states with up-and-running markets. That rate is based on a 21% excise tax levied by the state, stacked on top of local sales taxes and an additional local tax of up to 3% localities could levy if they wish.

Under the Northam administration’s proposal, localities would have to opt in to allow marijuana retailers in their jurisdictions, but once they do, they could only restrict establishments from locating near a school or a child-oriented place.

Virginia can expect to reap significant financial gain from the regulated marijuana market, according to state officials. A study published in November by the Joint Legislative Audit and Review Commission found that at the 30% overall rate, Virginia could expect to haul in $564 million in new revenue over the industry’s first five years, assuming sales fall on the lower end of the spectrum. At maturity, on year five, the state could anticipate $183 million in revenue, according to JLARC.

A separate look at this question by a Northam administration work group estimates far higher receipts. It bets that on year five, the state would collect more than $230 million at the proposed rate.

How that money would be spent will likely be subject to debate. For now, the Northam administration is carving the largest slice for one of its signature priorities: expanding access to affordable preschool for 3 and 4-year-olds. Forty-percent of revenues—after withdrawing the cost of regulating the market—would fund that effort, which has been a key priority for first lady Pam Northam.

The next slice—30%—would be directed to a “Cannabis Equity Reinvestment Fund,” which is intended to offer reparations to individuals and communities harmed by the disparate enforcement of drug laws. The funds would be administered by a governor-appointed board, which would dole them out as scholarships, workforce development grants, and low- or no-interest loans for marijuana license applicants that meet social equity goals.

An additional 25% of revenues would fund substance abuse prevention and treatment programs, and 5% more would fund broad public health programs.

Under the administration’s proposal, the Virginia Alcoholic Beverage Control Authority, or Virginia ABC, would be in charge of standing up the regulations that would rule the market, and issuing licenses.

In a recent interview, Northam told the Richmond Times-Dispatch he had great confidence in the current head of the bureau, CEO Travis Hill, who would presumably shepherd at least the first year of planning for the new industry.

An administration official who worked closely on the legislation also said that giving the task to the Virginia ABC would be faster and cheaper for the state than creating a new agency from scratch.

As for licensing, the proposal embraced a structure that would allow for blanket licenses for entities that want to grow, process and sell cannabis products—while also allowing for licenses for specific sections of the industry.

The varied approach would accommodate the medical marijuana industry, in which vendors are required to handle every part of the process—growth, processing and sale. Vendors that opt for that route would face extra requirements, including financial investments into social equity programs.

As of early Wednesday, one other bill had been filed to legalize marijuana, though more could follow. The measure, introduced by Del. Steve Heretick, D-Portsmouth, would set a lower tax rate at 15%; direct two-thirds of the revenues to the general fund and the rest to public education; and would allow for greater local control over licensing requirements for marijuana retailers.

Expunging the criminal records of people convicted of marijuana related offenses has been high on the list of priorities for civil rights advocates. They argue that the consequences of the disparate enforcement of marijuana laws continue to hinder people from employment and housing opportunities.

The administration’s proposal would automatically expunge the records of people convicted of marijuana-related misdemeanors, and create a path for petition-based expungement for related felony offenses, with the exception of selling marijuana to a minor.

Possession of small amounts of marijuana in Virginia no longer carries jail time or a criminal conviction, under legislation that went into effect this summer. People found with less than an ounce of marijuana now face a $25 civil fine, and people with prior convictions of simple possession below an ounce were to have those records sealed, with some exceptions.

Rewriting the state’s criminal code to accommodate the legalization of marijuana is a behemoth task facing lawmakers. As it seeks to legalize possession and consumption of marijuana, the administration’s proposal would create new crimes, including selling marijuana without a license, and consuming marijuana while operating a vehicle or as a passenger in a moving vehicle.

The proposal would also allow for home cultivation of marijuana plants, sanctioning up to two mature plans and two immature plants for personal use, per household. Growing would have to be limited to the owner’s residence, and plants would have to be kept out of public view and secured to prevent access by children.

In one of the most significant shifts of the pandemic, federal officials announced Thursday that fully vaccinated people no longer need to wear a mask or social distance in most situations. Exceptions include traveling on buses, trains, planes or other forms of transportation and when in prisons or homeless shelters.

In an aggressive speech that marked the beginning of his general election campaign for governor, GOP nominee Glenn Youngkin said in Richmond Tuesday that Democrats have driven Virginia “into the ditch” and “so far left it's fallen off the map.”

Del. Jay Jones, D-Norfolk, charged in a Democratic primary debate Saturday night that Attorney General Mark Herring only apologized to the Virginia Legislative Black Caucus for having worn blackface as a teenager in order to salvage his political future.

The General Assembly won't meet its own July 1 deadline for filling seats on the expanded Virginia Court of Appeals, with a special legislative session likely in late July or early August to elect appellate judges and decide how to spend billions of dollars in emergency aid from the federal government.

Multimillionaire businessman Glenn Youngkin, 54, will represent Republicans in the race to become Virginia’s next governor.

Virginia will receive $4.3 billion, or $500 million more than previously expected, under the American Rescue Plan Act, while Richmond and other cities will get a double financial benefit because of their status as independent cities under guidance released by the U.S. Treasury Department on Monday.

The Charlottesville Professional Firefighters Association already functions as a union, but is not officially recognized by the city and does not have contracts.

Chesterfield Supervisor Leslie Haley will not become the Republican nominee for attorney general, falling to her three rivals in the first round of vote tallies from the state GOP convention.

Tabulators and state GOP officials will hunker down in a ballroom at the Richmond Marriott starting Sunday to hand count an unprecedented swarm of paper convention ballots in order to determine the party’s statewide ticket.