Political analysts such as Bryan Parsons are accustomed to fielding flurries of post-election questions from their friends and family at this time of year.

“The most common questions your neighborhood political scientist gets within a week after elections usually involves something like ‘how accurate were the polls?’” said Parsons, associate professor in the Roanoke College Political Science Department:

“What do the results mean for politics moving forward?” he said. “What does this mean for the Republican Party, the Democratic Party?”

With final votes cast earlier this week in 2022 midterm elections, and as dust settles nationwide on another election cycle, the analysts have some answers.

“Some of the Virginia results were interesting,” Parsons said. “Though I have to say, nothing was particularly surprising.”

Political party control of U.S. Congress for the next two years still hangs in the balance, with some elections across the country remaining undecided now days after polls closed.

But while the final results are tallied, one noteworthy difference about this particular non-presidential election cycle compared to others seems to be the net result in the U.S. House of Representatives, Parsons said.

“Since World War II, the President’s party on average loses upwards of 25 to 30 seats in a midterm election cycle,” Parsons said. “It appears that this election may be a below-average seat-loss for the president’s party.”

Looking back to a Donald Trump Republican presidency during 2018 midterm elections, Democrats gained 41 seats in the House.

With Barrack Obama as Democratic president during 2010 midterms, Republicans gained 63 seats in the House.

Similar trends continue back through recent United States history, like the red wave of 1994, Parsons said.

“This midterm election cycle, if some of the races hold the way that they are, looks like it’s going to come in sort of below that average,” Parsons said. “Which is interesting, given certain economic numbers, the president’s approval rating, and a lot of the typical metrics that political scientists and election forecasters look at.”

Parsons said he is undecided on why results ended up this way, but he listed a Supreme Court decision to overturn Roe v. Wade as one potential cause, along with mixed Republican reactions to Trump-endorsed midterm candidates.

After an Election Day when Republicans in Virginia widely expected a red wave of voters to flip the state’s seats in United States Congress, Democratic candidates held on to two of three competitive House districts.

Mark Rozell is dean at George Mason University’s Schar School of Policy and Government. He said in an email that while Republican turnout was impressive on the west side of Virginia, it fell short in northern congressional districts.

“The GOP did great at mobilizing its base in Republican-leaning districts, but could not persuade enough swing voters in the most competitive districts the party hoped to flip, particularly the 7th and the 10th,” Rozell said in an email. “GOP margins in the 6th and 9th were impressive, but ultimately did not matter as these were not realistically contested seats.”

In reelection bids, both Rep. Morgan Griffith, R-Salem, and Rep. Ben Cline, R-Botetourt, won by bolstered margins compared to last midterm election. In Virginia’s 9th District, Griffith earned more than 73% of the vote to return back to Capitol Hill, while Cline got 64% of the vote in the 6th.

“Although, it had been redrawn as Republican-leaning,” Rozell said. “Luria always had an uphill battle to hold on to her seat.

On a statewide scale, Parsons, the Roanoke College professor, added that this 2022 midterm election paired with the presidential contest of 2020 and the gubernatorial vote of 2021 continues to demonstrate how competitive Virginia as a whole is for both Republicans and Democrats.

“As your neighborhood political scientist, I would say this election, like so many others, just demonstrates why it’s important for folks to participate,” Parsons said. “Get out and vote, not just in the safe districts, but in those competitive districts, too. Every vote matters.”

Looking forward now to 2023, state senators will be up for election next November, such as in Roanoke a newly drawn district that includes both incumbent Sen. John Edwards, D-Roanoke, and Sen. David Suetterlein, R-Roanoke County.

Each has raised more than $125,000 for reelection so far, according to campaign finance reports.

And another presidential contest is on its way in 2024, so what can voters expect?

“It seems that for better or for worse, we are probably in for some more polarization and gridlock in national government, and state government as well,” Parsons said. “That’s become a feature of American politics, politics of Virginia, that I imagine a lot of voters have found all too common.”

Election coverage 2022: Results in the Roanoke and New River valleys, and beyond

This historic crown is being readied for King Charles's Coronation Day

This historic crown is being readied for King Charles's Coronation Day 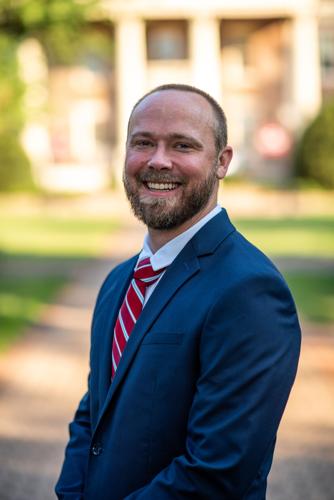 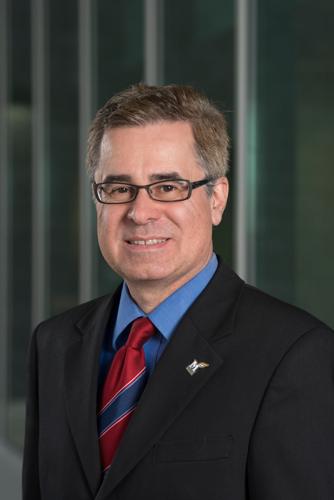