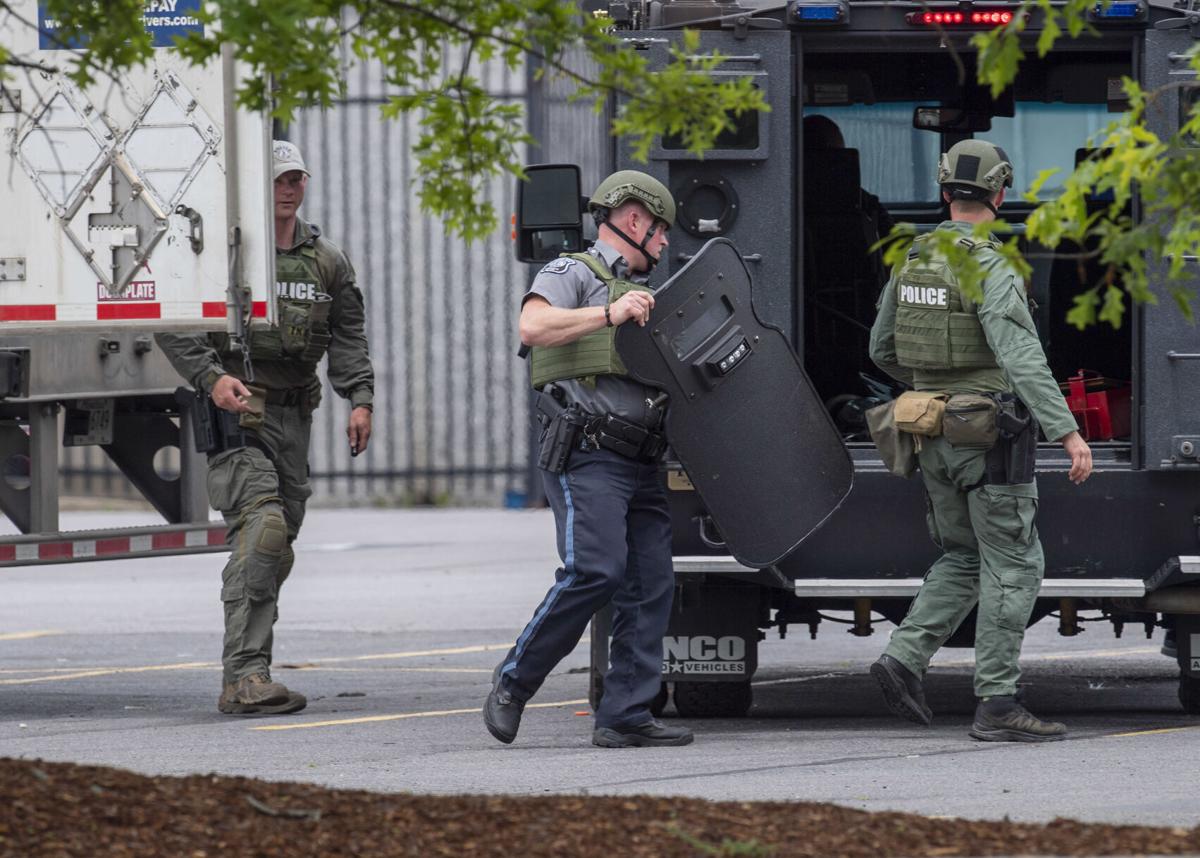 Tactical units stand down after searching a tractor and trailer in the Walmart parking lot at Exit 7 on Wednesday. 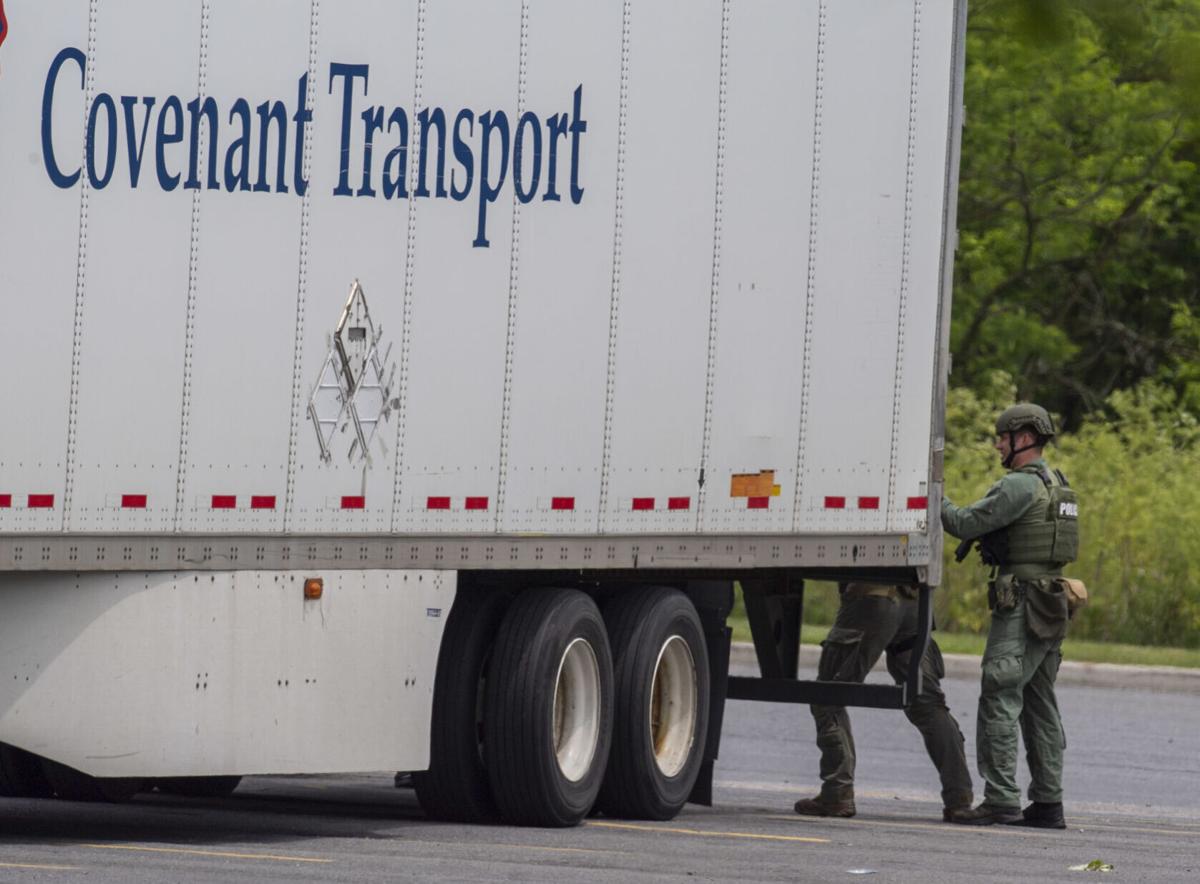 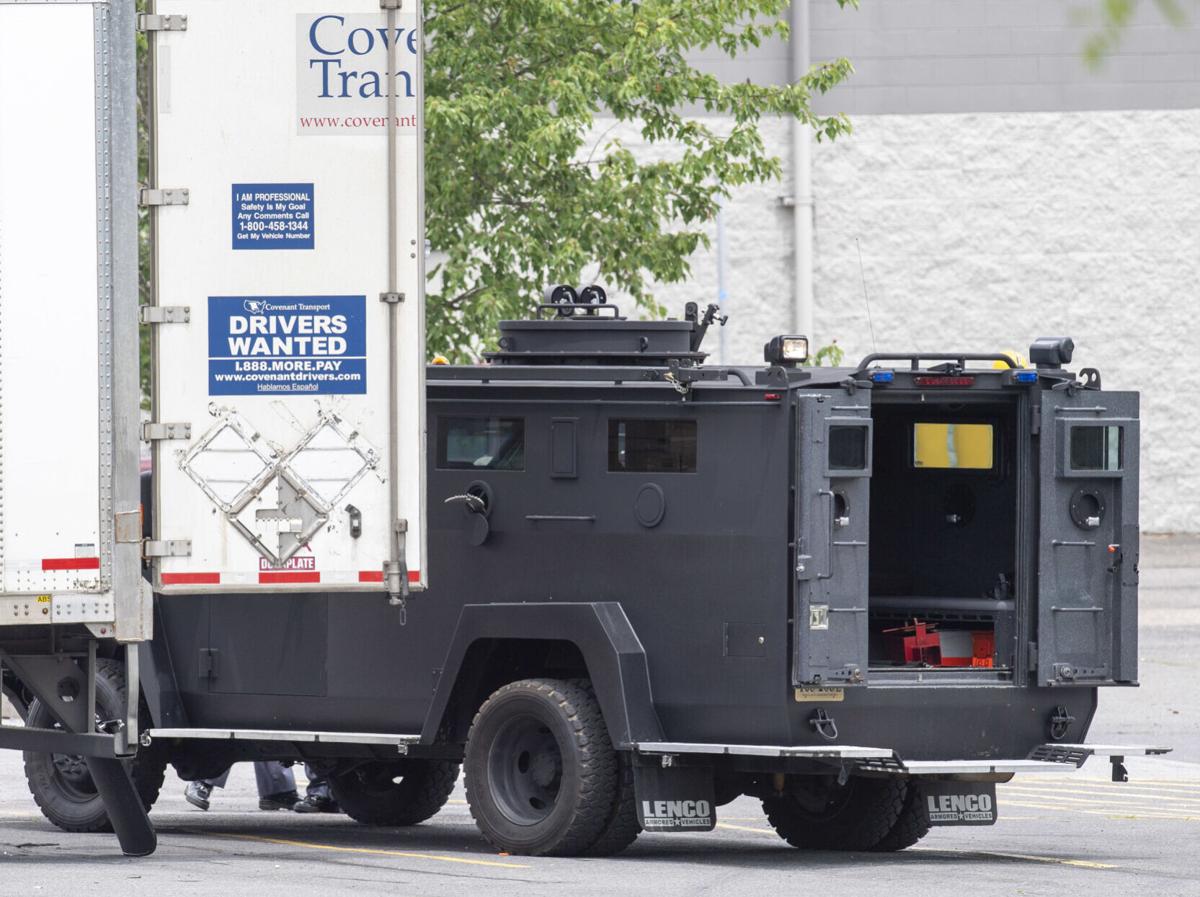 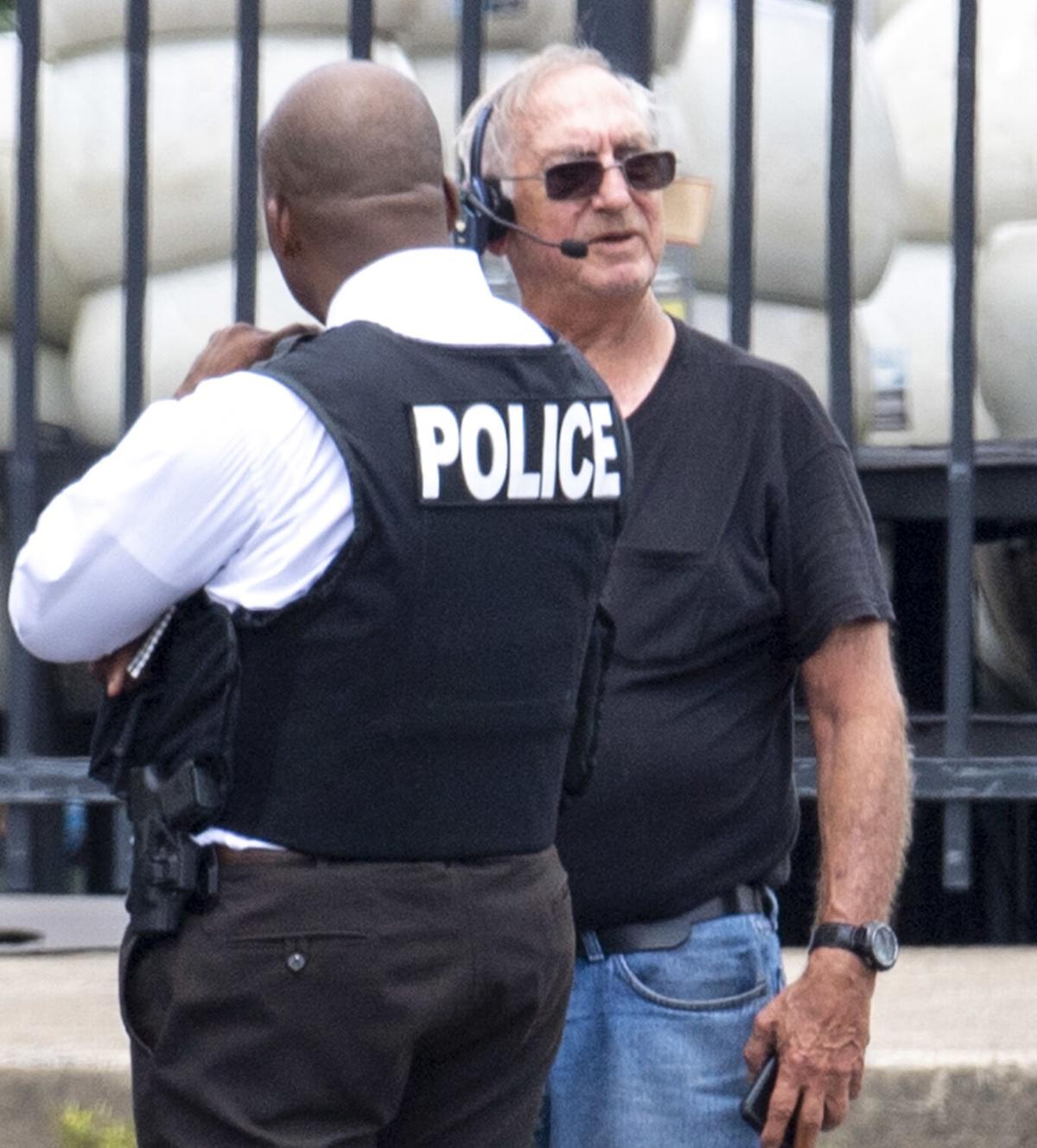 “I feel like sitting down [and] crying,” said Don Lord, driver of the Covenant Transport tractor-trailer.

Lord and his son, Jason Lord, were traveling to York, Pennsylvania, Tuesday when they received a phone call from Mexico from a person who claimed to be holding Don Lord’s grandson as a hostage.

“They didn’t want any questions,” he said. “They wanted us to do exactly what they said.”

The men, who said they had been in constant communication with the scammers, were then directed to drive to a Walmart, seemingly to transfer ransom money to the scammers, Don Lord said.

When the pair hadn’t contacted their employer, Covenant Transport called the VSP to perform a welfare check on them.

“We weren’t to have any communication with anybody,” said Don Lord, who has been a trucker for 25 years and was traveling through the area. “You don’t know what kinda technology [they’re using] or who it is.”

VSP Trooper Wayne Stumbo said he responded to the parking lot twice Wednesday concerning the truck but decided to call for back up the second time when Covenant Transport said they suspected someone might have been held for ransom. Stumbo said Don Lord was acting scared and nervous.

“I just didn’t have a good feeling about it,” Stumbo said when asked why he felt additional officers were needed.

The Clear Creek Road entrance to Walmart in the Exit 7 area of Interstate 81 was also blocked by a BVPD officer and cruiser.

When backup arrived, Ratcliff said, they believed there possibly was a hostage situation occurring at the scene, explaining why police were being careful about how they approached the truck.

The Lords, he continued, were on the phone with the suspected hostage-takers for some time after police arrived.

“We had a hard time investigating because we couldn’t get them to tell us anything,” Ratcliff said. “They were too busy talking on the phone.”

“Apparently, they were afraid if they got off the phone, or if the people on the other end were tipped off, that something might happen to their family,” he continued.

Eventually, on-site hostage negotiators spoke to the callers, who admitted they had no hostage and were trying to scam the men, Ratcliff said.

The truck was thoroughly searched by officers in an armored truck and by a K-9 unit, he continued.

After the scene was cleared, Don Lord said he hadn’t talked to his grandson but knew he was safe.

“It was hard on him,” Don Lord said, speaking of his son, Jason. “It was real hard on him.”

“It’s a very isolated incident,” Ratcliff said, adding there was no danger to the public. “They don’t happen often, but they do happen.”

“You can always say you should do this, should do that,” Don Lord said. “That’s good after the fact, but you never know until, you know, what you need to do.”

Although the FBI was notified, Ratcliff said, it will not investigate. The investigation is closed, he added.

Beginning July 1 it will be legal in Virginia for an adult to possess up to an ounce of marijuana, and that change in the law is forcing K-9 p…

'He was on death's door.' A Virginia triathlete got COVID and needed two new lungs to survive

He was close to death when a doctor realized there was something rare about his disease.

Tactical units stand down after searching a tractor and trailer in the Walmart parking lot at Exit 7 on Wednesday.