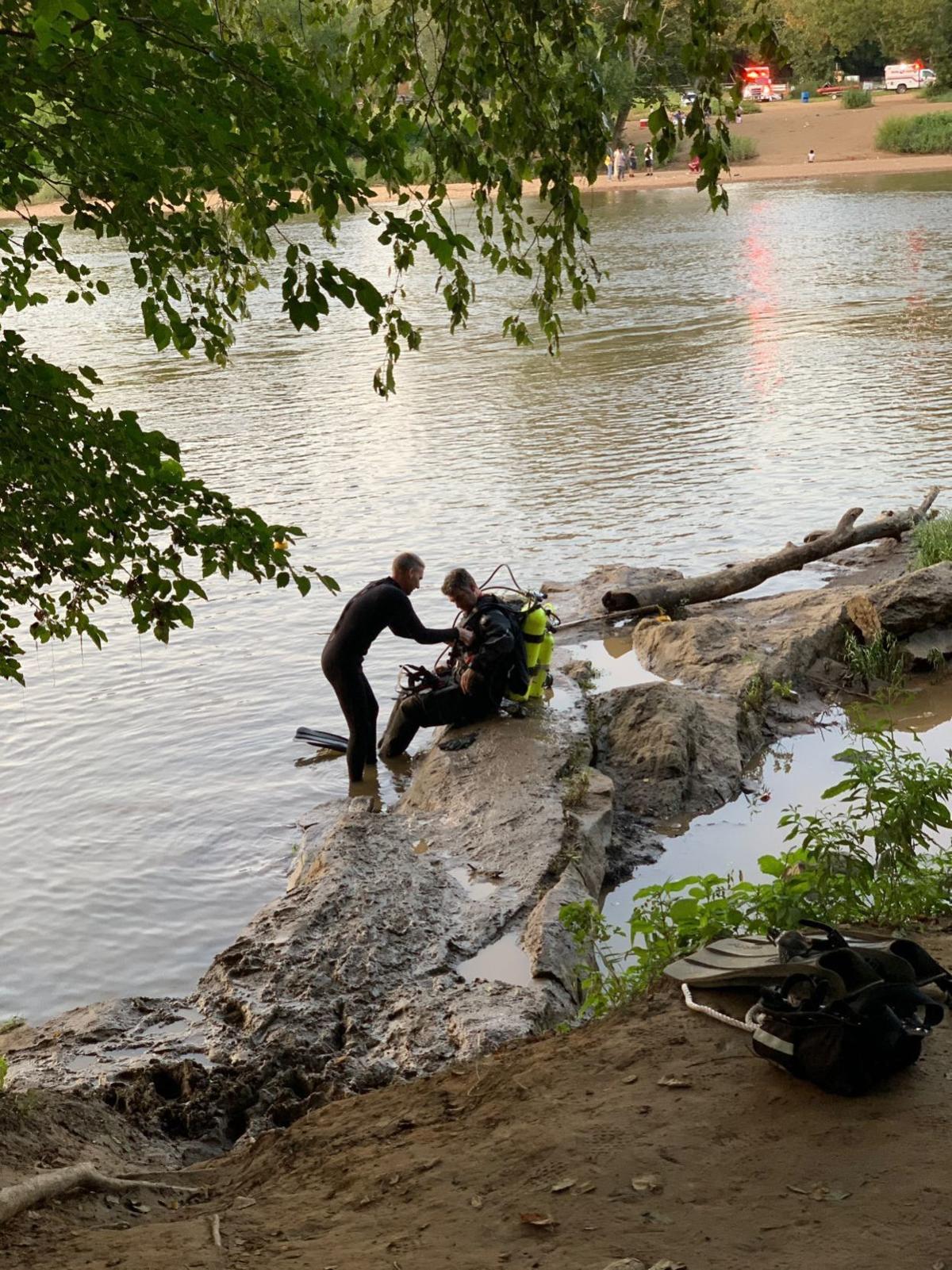 Divers search the Falmouth waterfront for a missing swimmer. 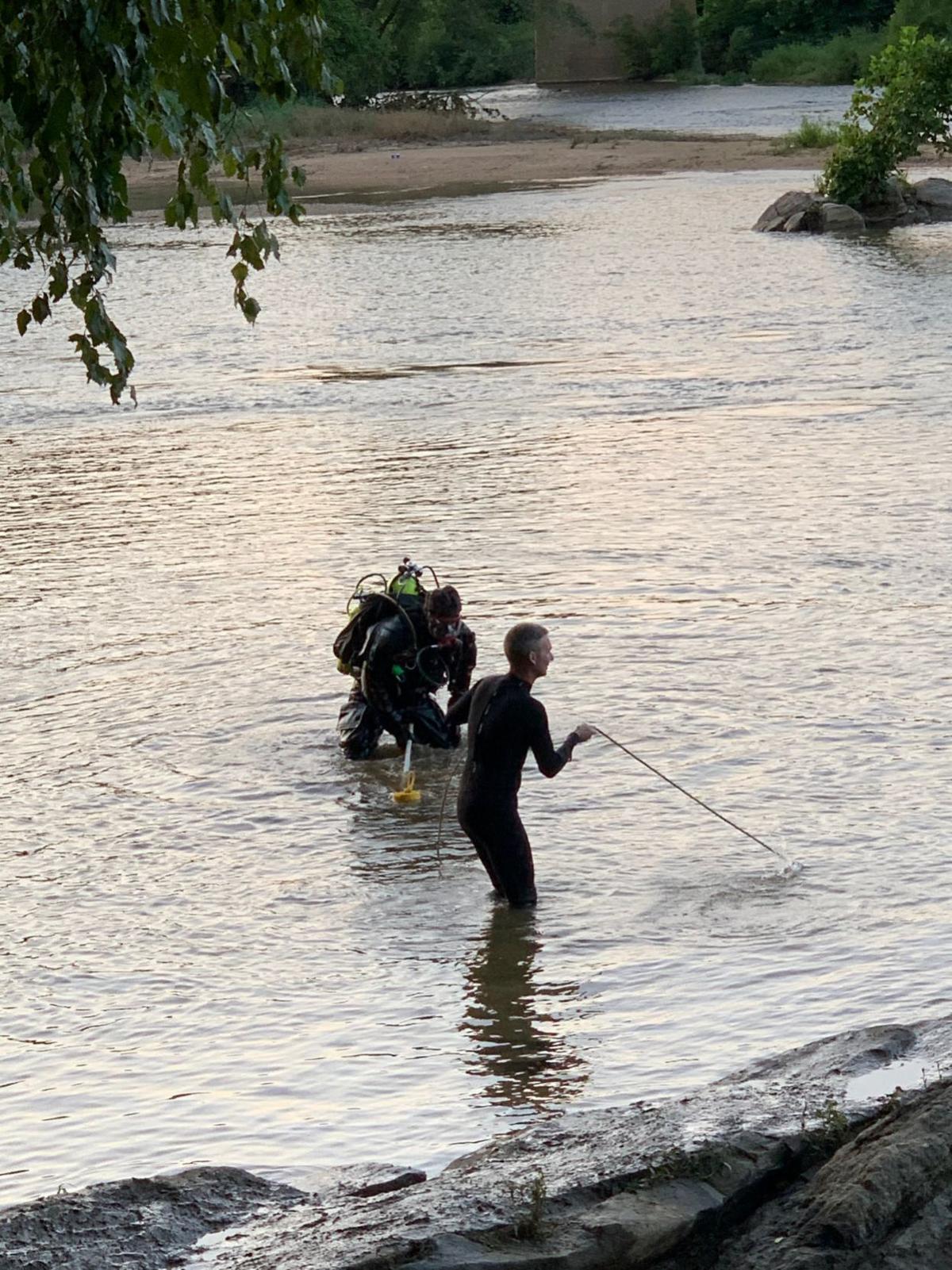 Divers search the Rappahannock River at the Falmouth waterfront for a missing swimmer on Sept. 7. 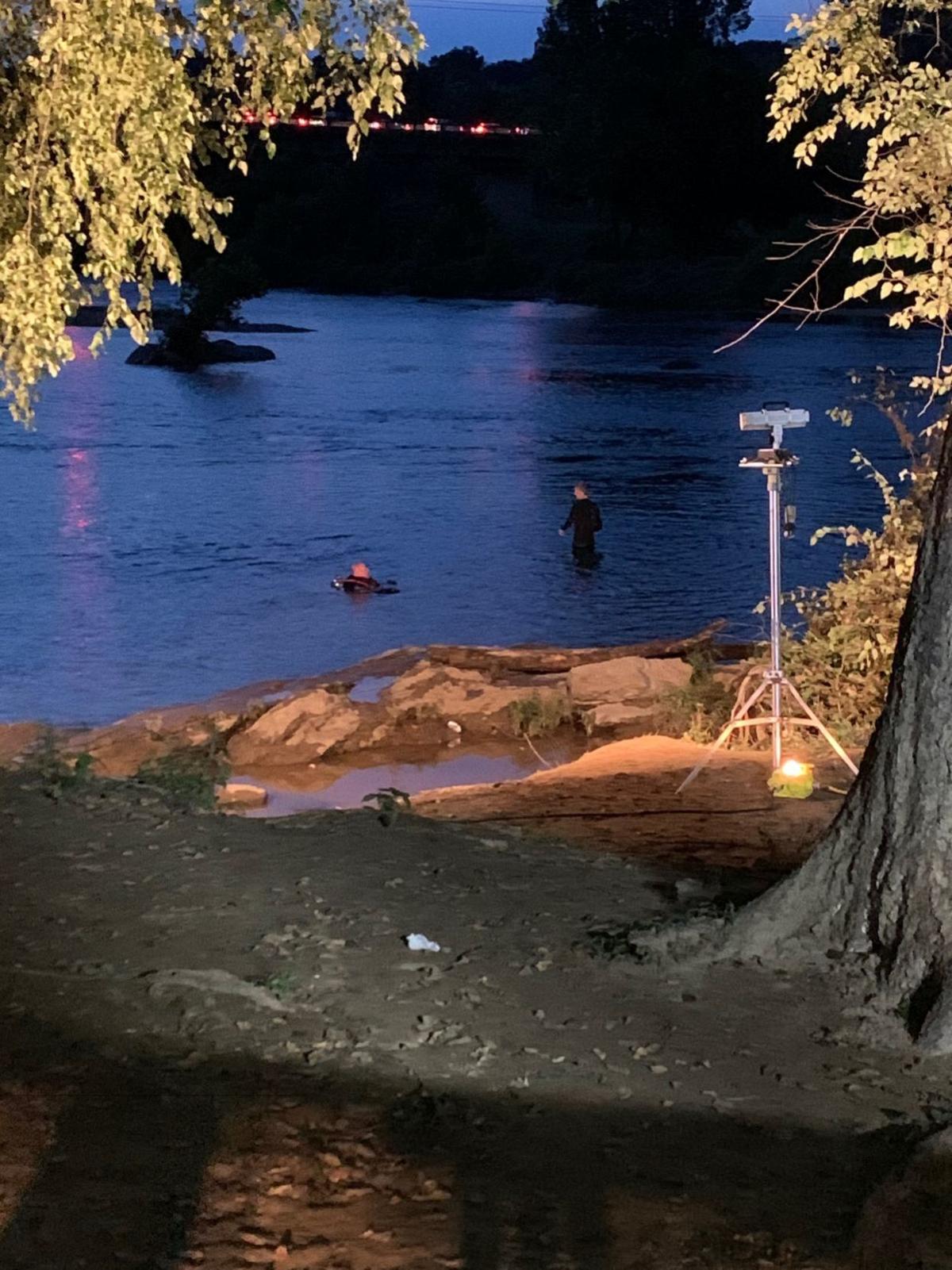 The search was called off for darkness, but will resume Tuesday.

A search for a 15-year-old boy who went missing in the Rappahannock River was temporarily called off as darkness set in about 8:30 p.m. Monday night, and is scheduled to resume Tuesday morning, according to an official with the Stafford County Sheriff’s Office.

Stafford Sheriff’s Maj. Shawn Kimmitz said the call for assistance came in at 4:21 p.m. Monday. He said arriving first responders determined the teenager entered the river, briefly surfaced in the water, then went under.

A joint effort between Stafford County Fire and Rescue and the Sheriff’s Office dive teams focused the search in the area of the Historic Port of Falmouth, with the assistance of unmanned aircraft.

While the search for the teenager is ongoing, it represents the third emergency on the river in eight days, with the other two resulting in deaths. While the Rappahannock is always dangerous, it has been a particularly alarming stretch for river activity in the Fredericksburg area. Some of that danger may be attributed to significant rainfall in the past two weeks, which has swollen the river with swift currents and debris.

On Saturday afternoon, Stafford divers located a body in the Rappahannock at Muddy Creek near the King George County line. The body was transferred to the medical examiner and the identity of that person is still unknown.

Last Tuesday, search teams recovered the body of 40-year-old Brandon Childs, who went missing while kayaking Aug. 30 near the Fredericksburg City Dock. Officials determined Childs was not wearing a personal flotation device at the time of his recovery and a PFD was not found in his recovered kayak.

Monday’s search is yet more evidence of the dangers lurking beneath the surface of the Rappahannock River, even in relatively calm-looking areas where people often congregate to relax and have fun. Local authorities and river experts are adamant that people wear life jackets for any river activities, and be exceedingly cautious whether boating, fishing, swimming or even walking on the riverbank.

Since 1985, more than 80 people have drowned in the Rappahannock, according to officials.

'This could be our last very large surge.' But COVID isn't going away in Virginia. Here's what that will look like.

Cases have cut in half, and the last major surge might be behind us. But COVID won't disappear any time soon.

Youngkin calls for police in all Virginia schools, tapping into heated school issues to close his campaign

As many Virginia localities examine the role of police in schools, Republican Glenn Youngkin is calling on every school in the state to have a law enforcement officer on its campus, or face losing state education funding.

Ex-Liberty spokesman says he was fired for raising concerns

RICHMOND — A former spokesperson for Liberty University is suing the evangelical Virginia school after being fired, alleging in a lawsuit file…

A Chesterfield County man has been charged with the murder of his son, Eliel Adon Weaver, who was under the age of 5 and whose remains were found in a freezer at the family home last May.

Suspicious package was a "personal item"

A suspicious package found Friday night outside of the Federal Building and U.S. District Court in downtown Charlottesville was a "personal item," according to the city.

A Black judge in NC voiced views on race and religion. Now the case has been overturned.

The 2-1 appeals court decision means it would fall to the state Supreme Court to consider any appeal. But it's unclear one will be requested since both sides in the case sought a new trial.

Divers search the Falmouth waterfront for a missing swimmer.

Divers search the Rappahannock River at the Falmouth waterfront for a missing swimmer on Sept. 7.

The search was called off for darkness, but will resume Tuesday.