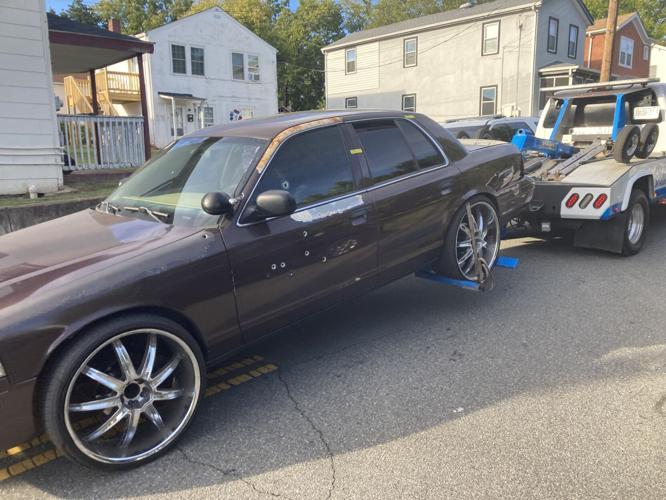 A tow truck prepares to move a bullet-riddled car from the scene of a shooting in the Tenth and Page neighborhood on Sept. 28. Two men were hospitalized with gunshot wounds. 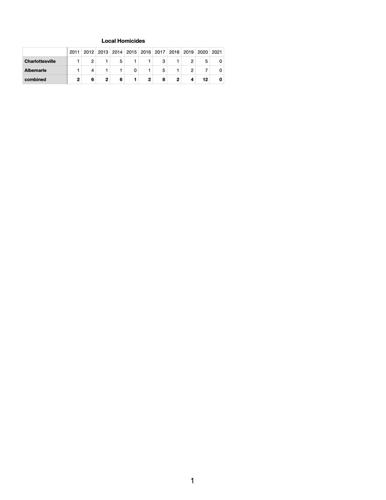 CHARLOTTESVILLE — The week-ago slaying of three student athletes at the University of Virginia came near the end of a bloody fall, a season whose spate of gun violence has confounded local leaders.

“This is unacceptable,” City Councilor Brian Pinkston said at the Oct. 11 Charlottesville City Council meeting at which he decried “terrorizing violence” that claimed a life near Court Square and injured five in two other incidents.

Is this an autumn of violence?

Interim City Manager Michael Rogers wrestled with the topic at the city council meeting over a month ago and said that the city and county were working together.

“There are no jurisdictional lines with firearm offenders,” he told the five councilors on Oct. 11.

At that time, however, some of the most shocking violence still lay in the future. And Rogers seems to have been correct in his comment about jurisdictional lines, if one of the two teens detained for shooting two other teens near the Omni hotel on Oct. 15 is telling the truth.

According to a search warrant affidavit in that case, one of the teens began blurting out his rationale for shooting at other teens. That teen, identified only as “SR,” alleged that the other teens began shooting first and that this shooting happened because his cousins had been shot at Mallside Forest apartments in Albemarle County. No arrests have been announced in the Mallside Forest case, which allegedly injured three teens.

At the Nov. 7 City Council meeting, Rogers brought in Interim Charlottesville Police Chief Tito Durrette to discuss the issue of shootings, even as Rogers attempted to assure the Council that the community is safe.

“When there is violence in the community in a concentrated period, naturally people are going to be upset, and people are going to fear being in the location where those things are occurring,” Rogers told the council. “We recognize there are concentrations of activity, and the Charlottesville Police Department is focusing on that, but by and large when you consider the statistics in our community, it’s still safe.”

The interim chief, appearing virtually at that meeting, told the city council that despite appearances, the reports of shots fired in 2022 have actually fallen in comparison to recent years. He showed slides indicating that in 2020, there were 298 such calls through the end of the year; in 2021, there were 322 calls; and as of October 23 of this year, there were 211 calls to the police about shots fired.

Such numbers say nothing about the two men shot in a car on Anderson Street Sept. 28, nor do they say anything about the juvenile shot on Hardy Drive Nov. 12. Nor do they mention the recent killings of Davonn Jamar Wilson or Matthew Sean Farrell. Nor the unsolved slaying of Daquain Maurice Anderson.

Another set of statistics are the annual homicides, something the FBI tracks by investigating agency. The FBI data show that since 2011, the average is four homicides annually across the two jurisdictions.

However, the FBI data also show that the last two years in Charlottesville and Albemarle were outliers, one high and one low. The year 2020 was the deadly outlier with 12 reported homicides in the combined terrain of Charlottesville and Albemarle. Conversely, the year 2021 was the peaceful outlier in this metric, with no homicides tallied in either municipality or at the University of Virginia.

One oft-posed question is whether a particular shooting is random or whether shooters and victims knew one another. In the domestic killing that took the life of an author and arts provocateur discovered dead on Stony Point Road Oct. 25, the answer seems obvious. In other incidents, the police files may contain clues.

For instance, the Oct. 23 Downtown Mall homicide began after victim Davonn Jamar Wilson and suspect Marcel Darnell Washington had a conversation inside Lucky Blue’s restaurant that ended with Wilson allegedly punching Washington and then running for the door of the restaurant, according to court papers.

Washington then drew a pistol from his waistband, according to those same papers, and began firing at Wilson and continued shooting at Wilson while pursuing him onto the Downtown Mall. Wilson died; meanwhile, two female bystanders were also injured by stray bullets, according to police.

At the Nov. 7 city council meeting, Rogers did acknowledge a “crime wave” in his remarks, even as he was attempting to assuage community concerns.

“There’s an opportunity for the city, the county and the university law enforcement to join forces and approach this as a truly regional issue, because crime waves don’t know boundaries,” Rogers said. “You gotta work together, and use your resources together.”

A warrant for a 20-year-old Bedford County man charged in connection with a collision that killed a young girl in the Raleigh Christmas Parade faulted the driver for inadequate brakes.

TV meteorologist and pilot killed in N.C. helicopter crash off

A pilot and meteorologist with the WBTV news station in Charlotte died in a helicopter crash around noon Tuesday in Charlotte, off Interstate …

The Roanoke delegate will file a bill to be considered during next year's General Assembly session.

Police and witnesses say a manager at a Virginia Walmart pulled out a handgun before a routine employee meeting and began firing wildly in the break room, killing six people and injuring at least six others. It was the country’s second high-profile mass shooting in four days. Police in Chesapeake say the gunman, who apparently shot himself, was dead when they found him. He was identified as 31-year-old Andre Bing, an overnight team lead who had been with Walmart since 2010. There was no clear motive for Tuesday night's shooting. Employee Briana Tyler says the stocking team gathered in the break room when Bing turned around and opened fire on the staff.

Virginia’s football season is over.

The tragedy in Chesapeake hangs over the traditional tax tribute ceremony.

The WBTV meteorologist who died in a helicopter crash on Tuesday had ties to Catawba County.

ABINGDON, Va. — Preliminary steps to try and secure funding for a pilot nuclear project are occurring in the run-up to his first biennial budget, Gov. Glenn Youngkin said Thursday.

A tow truck prepares to move a bullet-riddled car from the scene of a shooting in the Tenth and Page neighborhood on Sept. 28. Two men were hospitalized with gunshot wounds.