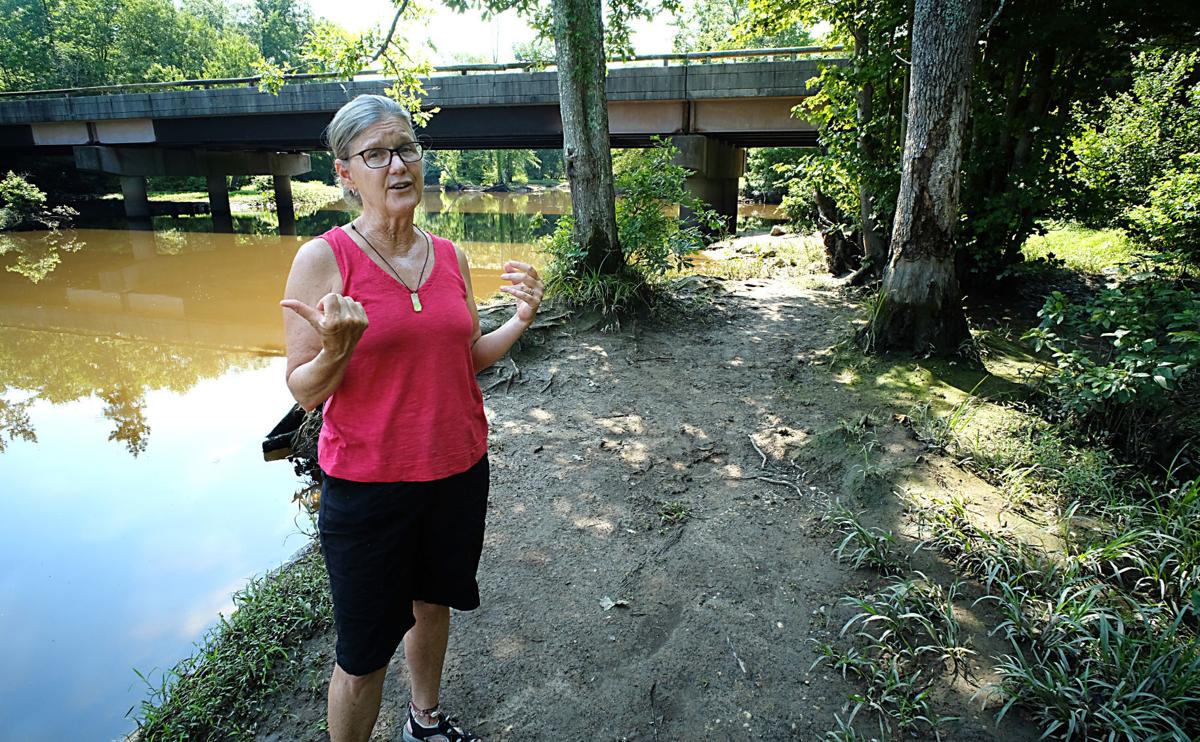 Henrico County resident Lynn Peace Wilson, standing along the Chickahominy River, said she opposes a natural gas pipeline that a developer wants to run through her family’s property in New Kent County. 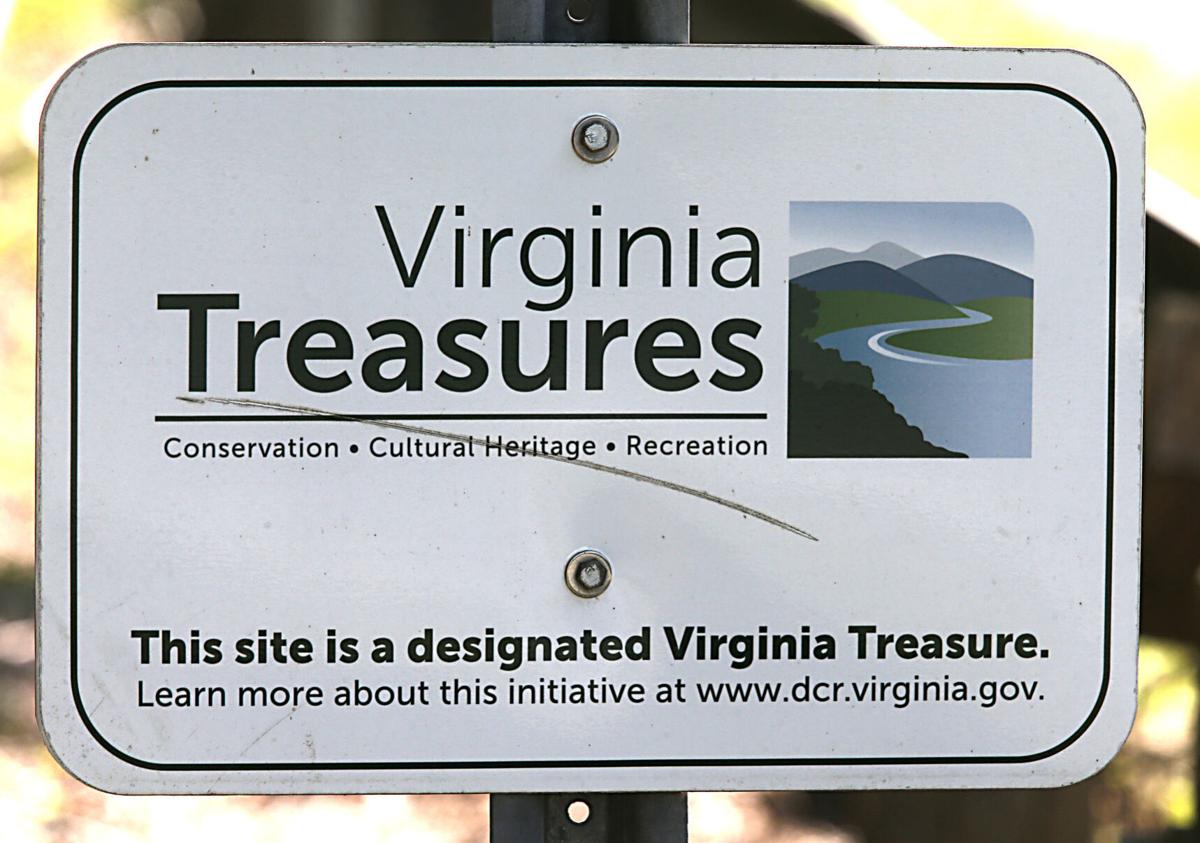 A sign along the Chickahominy River near the Grapevine Bridge outside of Sandston. 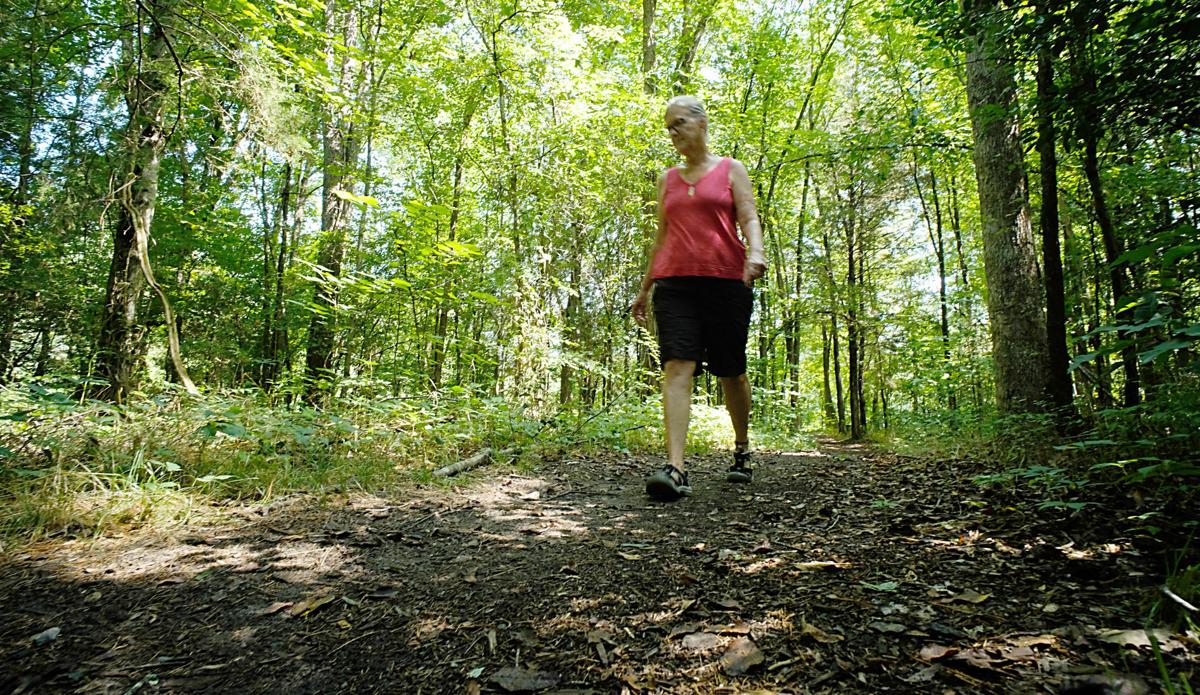 Lynn Peace Wilson walks along the Chickahominy River near the Grapevine Bridge in Sandston on Thursday. She says she will oppose a proposed natural gas pipeline that would come through the area, including her family property in nearby New Kent County. 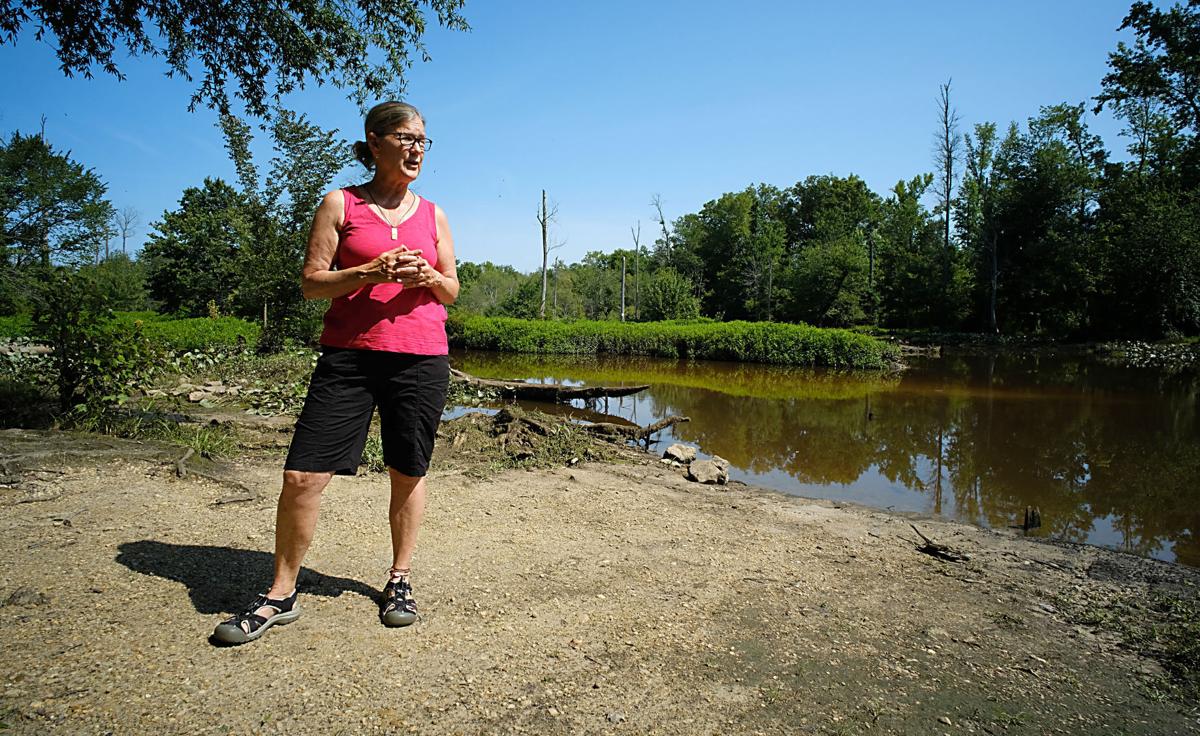 Lynn Peace Wilson talks Thursday, July 15 about the possibility of a natural gas pipeline coming through an area near the Grapevine Bridge across the Chicahominy River outside of Sandston. 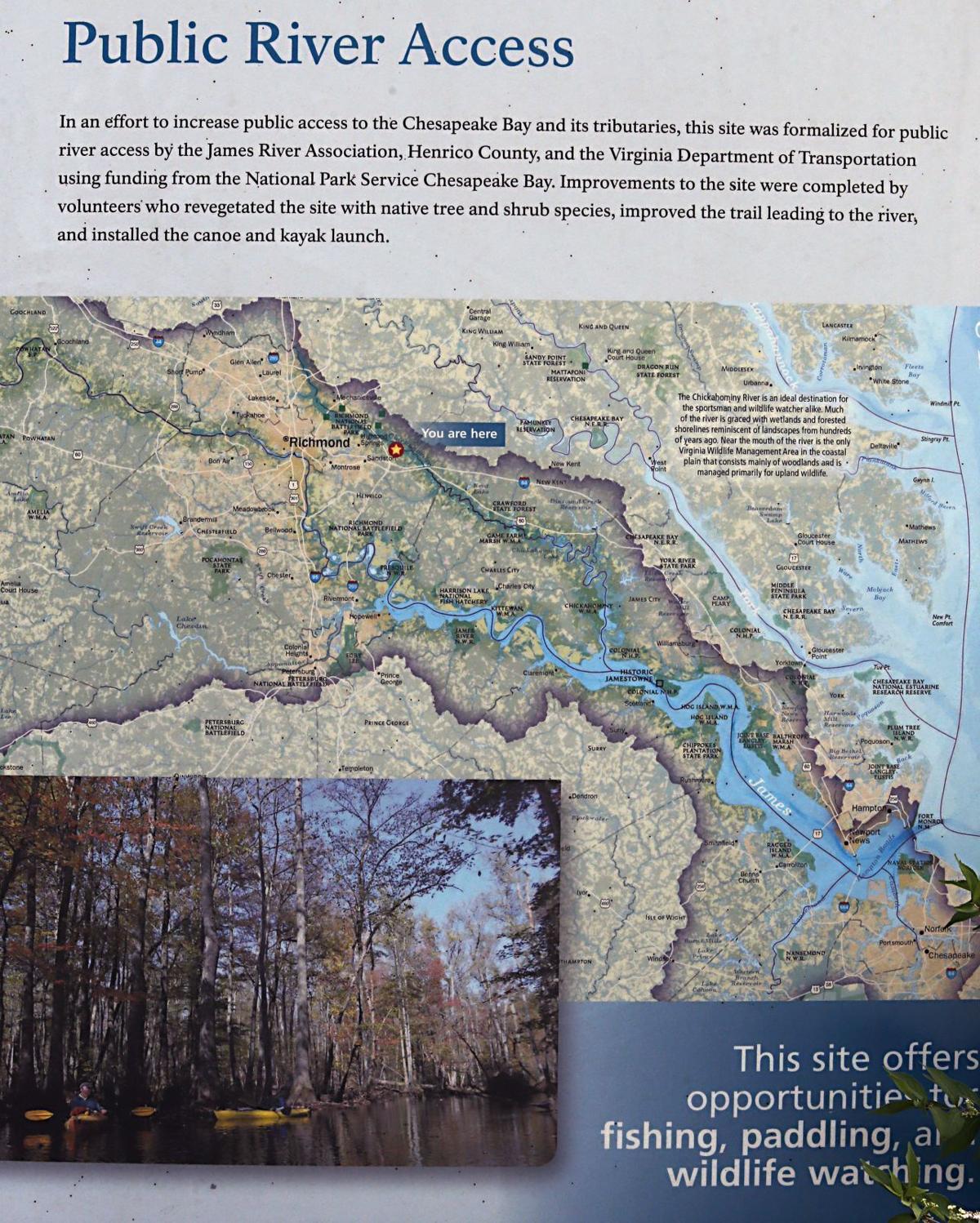 A sign and map along the Chickahominy River near the Grapevine Bridge outside of Sandston. 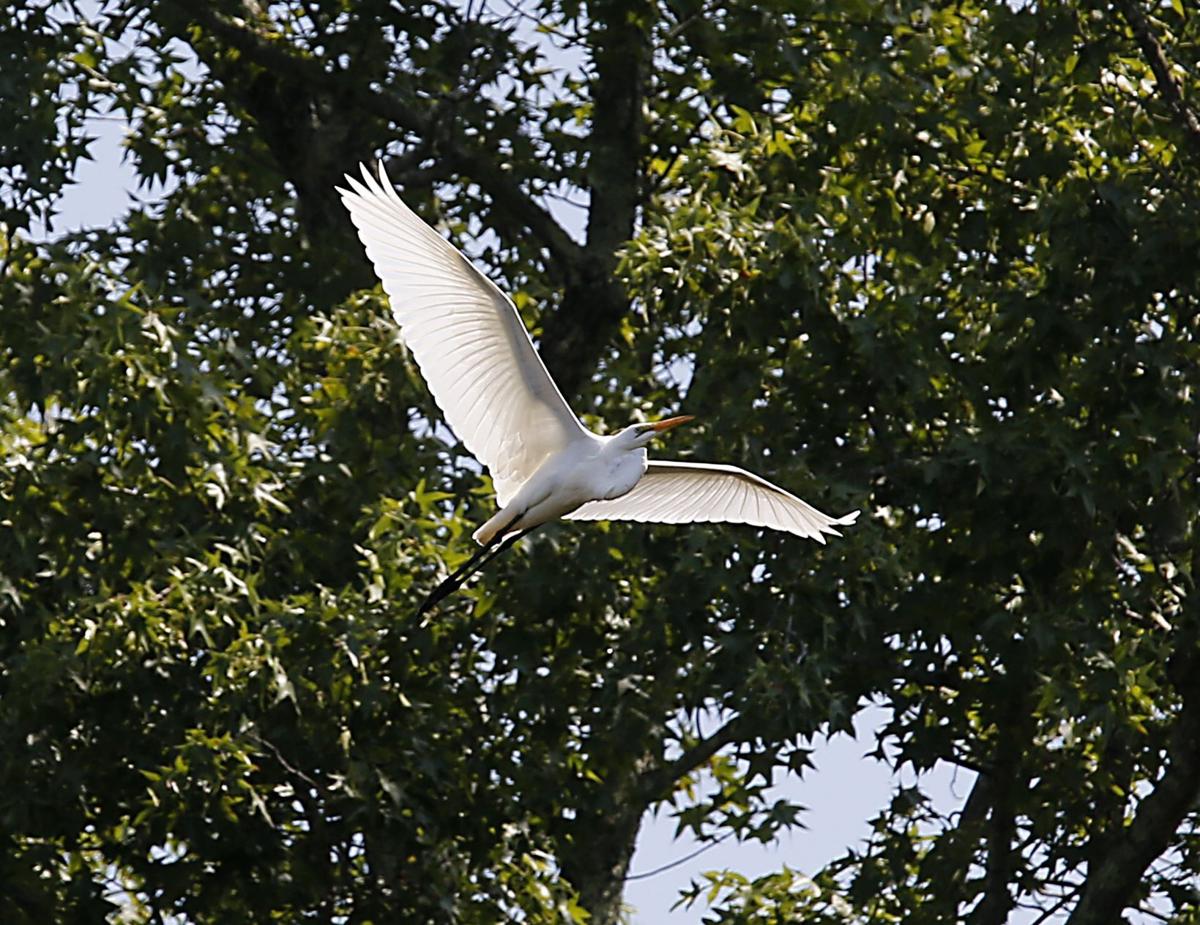 An egret flies over an area near the Grapevine Bridge across the Chicahominy River outside of Sandston.

Some people in central Virginia are preparing to fight a plan to put a natural gas pipeline through their properties that would serve a yet-to-be-built power plant in Charles City County.

While Charles City County has approved the plant, property owners and county government leaders along the pipeline path said they have no information yet about the actual route of the pipeline. Environmental groups say the line would serve a plant that is not needed for Virginia’s electricity needs.

“The natural gas industry has written our law in Virginia, and nationally, to a very great extent,” said Lynn Peace Wilson of Henrico County, who received a letter from the pipeline company about her property across the Chickahominy River in New Kent County. “They have written themselves protections that make it very difficult for anyone to question what they are doing.”

The company behind the pipeline proposes “to foul our air and our water and our soil and our wetlands”should prepare for a fight, she said.

The letters that went out didn’t say so, but the developer of the plant told the Richmond Times-Dispatch that the company won’t try to legally force any property owner to allow use of their land for the pipeline. If any property owners along the proposed route from near Charlottesville to Charles City County object, the company will change the route, said Irfan Ali of Balico LLC.

He said the plant would bring revenue to an impoverished county and help Virginia replace coal plants with natural gas, which is cleaner.

“There is no way that windmills and solar are going to meet the needs of Virginia, and industry,” he said.

The natural gas power plant in question is called Chickahominy Power. The plant would be what’s called a merchant plant — backed by private investors and not owned by a utility. The plant was approved by the Virginia Department of Environmental Quality.

It would be on Roxbury Road, about 23 miles from downtown Richmond.

It would burn natural gas piped in from other states to create electricity to be sold into a large wholesale market of numerous states. And it would have more electricity-generating capacity than any of the 12 natural gas plants in the state owned by Dominion Energy, Virginia’s largest electric utility.

The Virginia General Assembly passed an environmental law in 2020 called the Clean Economy Act aimed at phasing out the use of natural gas to create electricity but, under the law, the plant could operate until at least 2050.

Developers of a proposed second gas plant a mile away announced last week that they are canceling the plan.

Property owners like Wilson began receiving letters earlier this month from the company saying it wanted permission to access their property.

Christian Goodwin, the county administrator in Louisa County, said he’s heard from concerned citizens who got a letter. County officials reached out to the company but haven’t heard back, he said.

“We’re very interested to learn more about the proposed route so that we can gauge its impact,” Goodwin said.

Government officials in Hanover and New Kent counties said they had received no information about the proposed pipeline from the developer. Hanover’s government posted on Facebook on Friday that the company had not responded to requests for information, and the county government shared the concerns of citizens.

‘Out of the blue’

In Henrico on Tuesday, county resident Jessica Sims took her concerns to the Board of Supervisors, saying the pipeline would bring greenhouse gas emissions from methane leakage and could disrupt forests and wetlands. She is an organizer for the environmental group Appalachian Voices.

County Manager John Vithoulkas thanked her for the information, saying residents had received mail from a corporate entity that had not spoken to Henrico officials.

“We will be digging into this,” he said.

The letters from Chickahominy Pipeline read, “Request for Permission to Enter, Inspect and Survey.”

If the property owners did not allow permission in writing by Friday, the letter said, a company representative would show up to seek permission in person.

“I was stunned. This just came out of the blue,” said Martha Wingfield of Hanover County, who received a letter. She is a former president and board member of the Virginia Conservation Network. She called two county supervisors, who hadn’t heard anything.

She did not grant permission for anyone to come on her land, which is part forest and part fields for farming.

Ali, the developer and owner behind the plan, lives in Northern Virginia and is a longtime real estate developer who has been investing in power plants since the 1990s.

He said in a phone interview Thursday that with landowner permission, he could legally build the pipeline without approval from the Virginia State Corporation Commission, federal energy regulators, or any government.

“There are no federal or state permits that are required,” he said. “There will be some incidental environmental permits that will be required from crossing any wetlands or stuff like that, but that’s routine stuff.”

He said the proposal stems from economic demand.

“Data centers ... are voracious users of electricity, and they’re only growing by the day,” he said. “It is a fantasy to think that renewable energy is going to power all these data centers. It’s just not going to happen.”

He said the plant would help Charles City County economically.

“This county needs, desperately, some economic good news and some activity,” he said. “This is one of the most impoverished counties in Virginia. And the irony is that ... environmental activists who live outside of the county come in and drum up all sorts of opposition based on social and environmental justice, as they call it.

“And what they fail to recognize [is] this project is actually going to displace far more polluting and older, inefficient projects in Virginia. So this is a net improvement, this power project, over other projects.”

“A power plant like this is going to speed up the retirement of coal plants that Dominion and other utilities continue to operate at a very, very high cost,” he said.

A report in May 2020 by E&E News, which covers energy and the environment, found that a build-out of natural gas in Virginia had increased emissions.

Ali said the money to develop the Chickahominy Power plant and its pipeline is coming from him.

“I am the investor, and the investors behind this are multinational institutions that cannot be named.”

He said part of why he chose the Charles City County site is because it’s near a Dominion Energy power substation, which reduces costs. The proposed pipeline would connect the plant to the existing Transcontinental Gas Pipe Line near Charlottesville.

He downplayed the amount of emissions, saying two truck stops off Interstate 64 in the area of the plant, as well as methane emitted from the nearby Charles City landfill, are dangerous emissions. He noted that the DEQ had found his proposed plant acceptable.

The DEQ approved a permit to construct the Chickahominy Power plant in October 2019. DEQ officials said they had no information on the proposed pipeline.

Ali also said the plant could immediately be able to create electricity using a mix of 30% hydrogen and 70% natural gas, which would be cleaner than just gas.

“We will be ahead of pretty much every other state in this type of an approach,” he said.

Will Cleveland, senior attorney at the Southern Environmental Law Center in Charlottesville, said he sees no environmental, economic or energy justification for the plant. The Sierra Club issued a statement for this story saying the wholesale market where electricity would be sold already has far more generating capacity than it needs.

Last year, Dominion Energy and North Carolina-based Duke Energy scrapped plans for a much larger pipeline, the Atlantic Coast Pipeline, after years of fierce opposition from property owners and rising costs. A pending proposal, the Mountain Valley Pipeline, has been in the midst of a fight for years with property owners and environmental activists.

Rep. Donald McEachin, D-4th, said he’s concerned about the lack of communication and additional pollution from the Chickahominy Power proposal.

“Anytime you’re doing a plant that’s not really going to service the area in which it’s located, that gives me pause,” McEachin said.

French woman flies with geese over the Alps

French woman flies with geese over the Alps

Pedestrian dies in crash in front of Bristol Motor Speedway

A woman crossing the highway in front of Bristol Motor Speedway was struck by a vehicle and died on Saturday, authorities said.

Henrico County resident Lynn Peace Wilson, standing along the Chickahominy River, said she opposes a natural gas pipeline that a developer wants to run through her family’s property in New Kent County.

A sign along the Chickahominy River near the Grapevine Bridge outside of Sandston.

Lynn Peace Wilson walks along the Chickahominy River near the Grapevine Bridge in Sandston on Thursday. She says she will oppose a proposed natural gas pipeline that would come through the area, including her family property in nearby New Kent County.

Lynn Peace Wilson talks Thursday, July 15 about the possibility of a natural gas pipeline coming through an area near the Grapevine Bridge across the Chicahominy River outside of Sandston.

A sign and map along the Chickahominy River near the Grapevine Bridge outside of Sandston.

An egret flies over an area near the Grapevine Bridge across the Chicahominy River outside of Sandston. 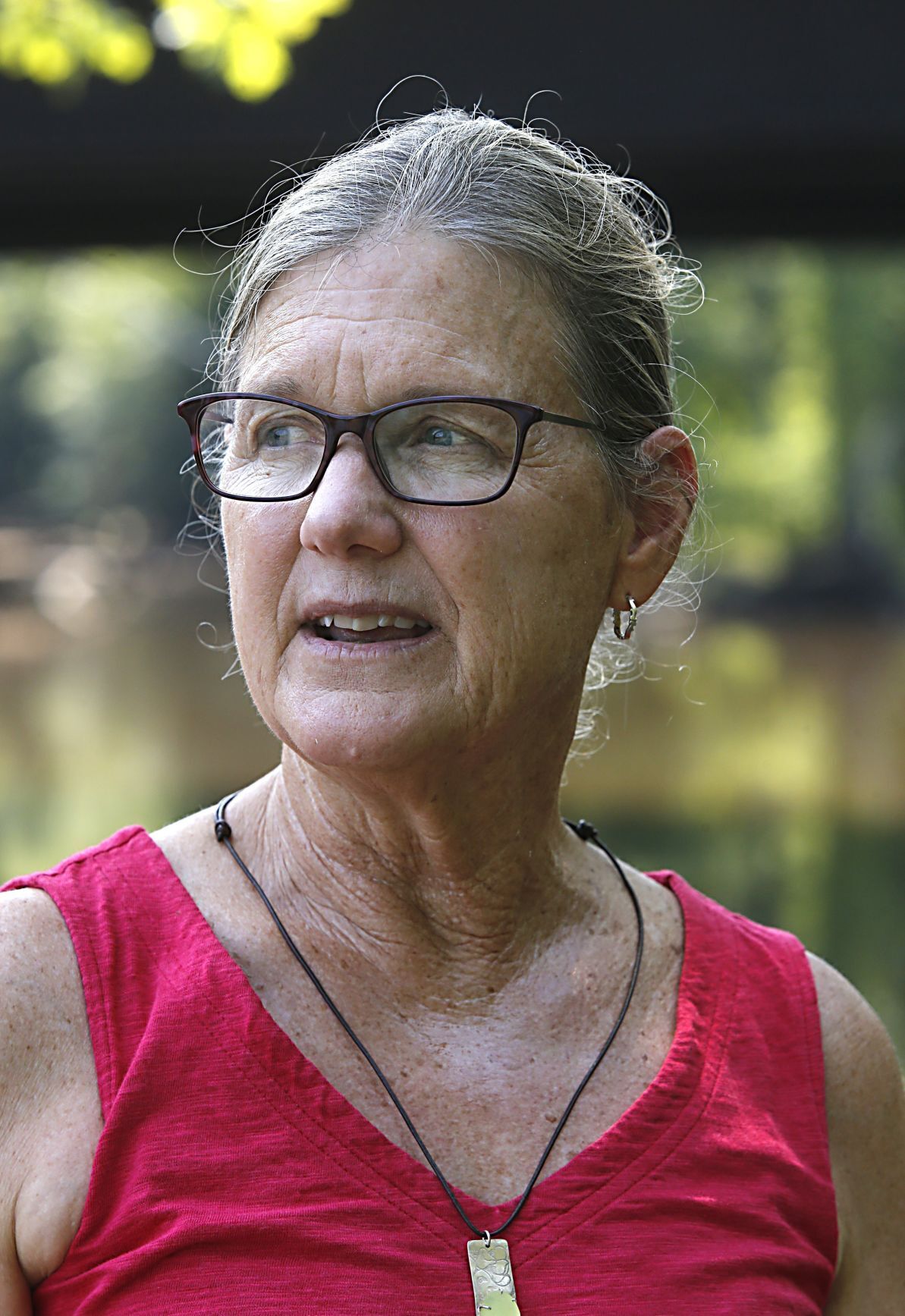