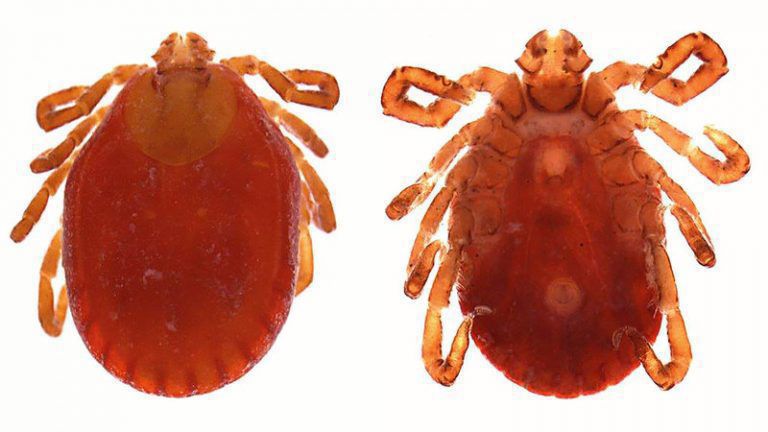 First spotted in the U.S. in 2017, the Asian longhorned tick is now in nine states, including Virginia. 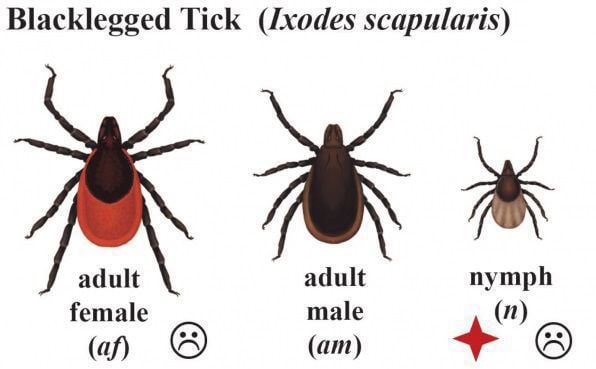 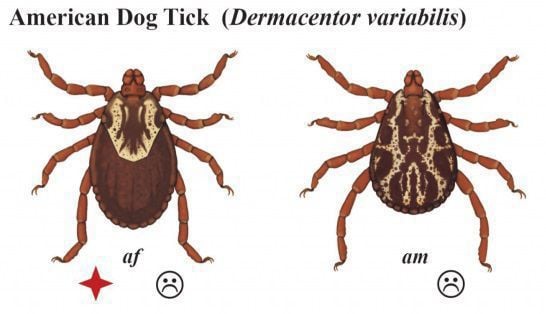 The wood tick or American dog tick is a source for Rocky Mountain spotted tick fever and tularemia, a rare infectious disease that attacks the skin, eyes, lymph nodes and lungs.

A lone star tick bite can cause an allergy to red meat.

Just when it stopped raining long enough to take a hike or work in the flower bed, Mother Nature showed she’s still got something up her sleeve.

It’s tick season, and not only are health and pest-control officials saying it’s going to be a bad one, but there’s also a new menace on the horizon. Last fall, the Centers for Disease Control and Prevention started warning about a new invasive species called an Asian longhorned tick. It first surfaced on a New Jersey sheep in 2017 and has been discovered in eight other states since then, including Virginia.

The fact that this tick lays as many as 2,000 eggs at a time and can reproduce without mating reeks of science fiction. Thoughts of hundreds of ticks on a person, pet or animal in the wild is enough to produce nightmares.

But whether the threat of a tick bite — and contracting one of the growing number of problems it causes — will keep a person from going outdoors depends on the individual.

Guy Mussey, a horticultural agent with the Virginia Cooperative Extension in Stafford County, said there’s no cause for hysteria.

“It’s just one of those nasty things that you live with and look out for, but you’re not gonna change your lifestyle,” he said. “If I see them on me, I pull them off, and I get on with my life.”

Kevin Fike of Bealeton did that very thing last week after hiking the trails at C.F. Phelps Wildlife Management Area in southern Fauquier County. He found three ticks on himself as he brushed up against weeds and walked through grass. But that’s often the case, whether he’s out listening for male turkeys gobbling in the spring or fishing for bass in the summer.

“Wearing shorts most of the time, I feel them crawling on my legs and just stop to pick them off and always check my shoes, clothing and body before driving home,” he said, “and once home, always take a shower.”

Lyme disease, an illness that can progress from flu-like symptoms to severe joint pain and paralysis, is the most common tick-borne illness in North America and Europe. A CDC map shows a high incidence of cases in 2017 in every state from Virginia north to Maine.

Virginia had 1,041 confirmed cases that year and another 616 deemed probable. Its confirmed cases increased 7 percent between 2016 and 2017, and the most recent numbers are the highest of those listed in CDC’s 11-year chart.

And that’s just the tip of the bite.

“Underreporting of all tick-borne diseases is common,” according to the CDC, “so the number of people actually infected is much higher.”

This spring and summer promise to produce even more ticks, said Jeff Deiters, owner of Mosquito Joe of Northeast Virginia. His business started in Fredericksburg in 2013 and expanded north.

“This tick season will definitely be much worse than last year due to the mild winter temperatures,” he said. “It allows for many more eggs and larva to survive the cold season and grow into nymphs and adult ticks.”

Many customers in his service area are concerned about ticks because they’ve been diagnosed with Lyme disease or know someone who has, Deiters said. In addition to spraying yards, his company offers “tick tubes” full of cotton and pesticide.

Ticks contract the disease from attaching to their normal hosts, which are mice, so when the rodents take the treated cotton back to their burrows, the pesticide kills the ticks.

“Virginia Tech did the study on these and had great results,” Deiters said.

It’s hard to imagine that a tiny pest could have such an impact, but those who develop an allergy to red meat after a tick bite would say that exposure changed their lives in many ways.

“For some people, that is totally true,” said Elizabeth Ward, a Chesterfield County resident who’s holding a statewide awareness event Saturday to get out the word about alpha-gal syndrome.

As tick-borne diseases go, the alpha-gal is relatively new. Named in 2009, it’s caused by a lone star tick, one of the three most common in Virginia that produces problems. It transfers the alpha-gal, a sugar molecule, from other mammals to people, and the human body thinks it’s dangerous and develops antibodies, Dr. Andrew Kim of the Allergy & Asthma Center of Fredericksburg said in a September 2017 story in The Free Lance–Star.

The next time a person eats red meat, the body attacks the invading molecule with symptoms ranging from hives to violent vomiting and diarrhea.

“It was pretty scary,” Ward said about waking up in the middle of the night with severe gastrointestinal issues. “I thought, I’m gonna die right here in the bathroom.”

As she researched the lone star tick for Saturday’s event in Midlothian, she learned some disturbing information. The pest doesn’t just wait for a warm-blooded body to walk by; it senses a mammal and heads toward it.

Ward and Julie Smith LeSueur are hosting the “Let’s Get Real About Ticks” event, which costs $25 for admission and lunch and it includes speakers from several states. Registration is available at alphagal.eventbrite.com.

“The condition is spreading, the ticks are spreading, and we want to get the word spreading just as far and wide,” Ward said.

TIPS TO KEEP TICKS AWAY

Ticks don't jump or fly, but wait on the forest floor, waiting to attach themselves to anything passing by. If you can't avoid being in tick habitat, these tips from the Virginia Department of Health can reduce your risk of tick-borne disease:

WALK in the center of trails to avoid brushing against vegetation.

WEAR light-colored clothing so ticks are easy to see and remove.

TUCK pant legs into socks and boots, tuck shirts into pants and wear long-sleeved shirts buttoned at the wrists.

APPLY tick repellent. Those with up to 50 percent DEET for adults and 30 percent for children are recommended.

The best tools for removing ticks are a cool head and a pair of tweezers.

Don't freak out and yank off a tick as fast as possible, according to the website Health.com. Use a pair of pointy tweezers to grasp the part of the sucker that's as close to the skin as possible.

"Its mouthpiece is literally inside your skin," the website states.

Pull upward carefully and steadily, then either flush it down the toilet or put it in a sealed bag for identification.

Don't bother with all those home remedies that are supposed to suffocate the tick or force it to back out. They don't really work, Health.com states.

From sourdough to feta pasta, much of the last year at home has been food-focused. And one driver of these delectable fads is the social media…

Last year, for the first time in more than a quarter-century, Democrats in Virginia took control of the statehouse and the governor's mansion.…

States push jobless from virus recession to return to work

STOWE, Vt. (AP) — Eduardo Rovetto is hoping the state of Vermont's reinstated requirement that people who are collecting unemployment benefits…

FISHING CREEK, Md. (AP) — For thousands of miles and over two days in April, 59 workers from Mexico traveled together on a bus — despite the p…

EXPLAINER: With bankruptcy tossed, what's next for the NRA?

NEW YORK (AP) — Now that a judge has rejected the National Rifle Association’s bankruptcy bid, blocking its plan to reincorporate in Texas, th…

CLEMMONS, N.C. (AP) — The nation's largest fuel pipeline restarted operations Wednesday, days after it was forced to shut down by a gang of hackers.

Virginia GOP nominee's independence from Trump up for debate

FALLS CHURCH, Va. (AP) — If Glenn Youngkin was looking to pivot back to the political center after winning the GOP's nomination for governor i…

First spotted in the U.S. in 2017, the Asian longhorned tick is now in nine states, including Virginia.

The wood tick or American dog tick is a source for Rocky Mountain spotted tick fever and tularemia, a rare infectious disease that attacks the skin, eyes, lymph nodes and lungs.

A lone star tick bite can cause an allergy to red meat.