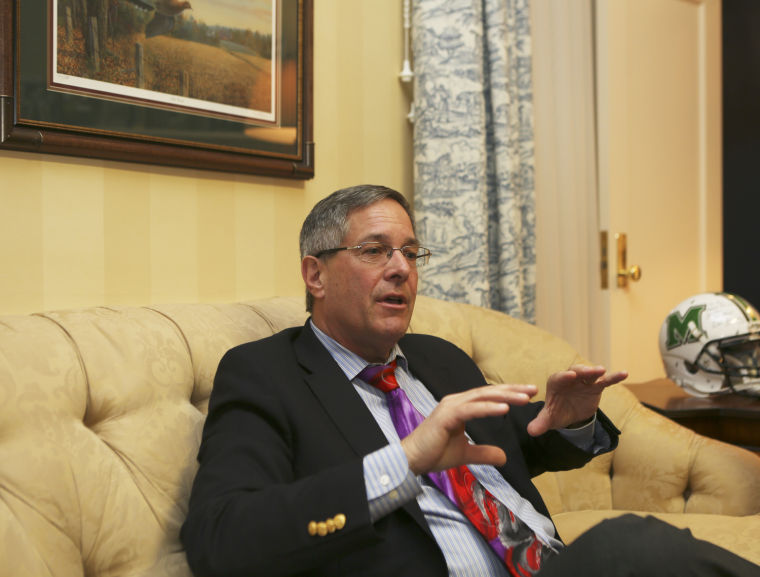 Tom Clarke borrowed $9.1 million from the state to buy the landmark. 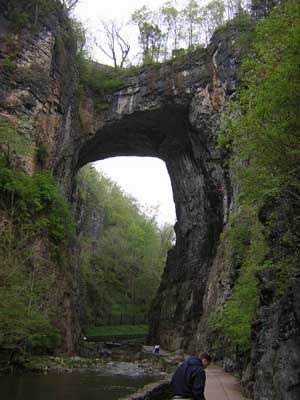 The Natural Bridge will be managed by the state as a state park starting Sept. 24.

Shawn Crumlish's first name was spelled incorrectly in the print version and an earlier online version of this article.

RICHMOND — Tom Clarke, celebrated for his purchase of Natural Bridge, faced sharp criticism Monday for his nonprofit organization defaulting on a state loan used to buy the Rockbridge County landmark.

A committee of the state financing board that lent Clarke’s nonprofit group $9.1 million grilled him for 65 minutes, expressing doubt that he has a solid repayment plan.

After challenging Clarke to take steps to restore its confidence, the state authority neither resolved the default nor hatched a plan to recover its money. Further debate is scheduled at a future meeting early next year.

Clarke is head of Kissito Healthcare Inc., a Roanoke County-based nursing home chain and program of outpatient elderly medical care. He expanded into land conservation with the 2014 purchase of Natural Bridge from its longtime owner, using mostly cash supplied by a state loan. Earlier this year, Gov. Terry McAuliffe honored Clarke with an environmental excellence award for taking stewardship of the bridge.

Under Clarke’s watch, Natural Bridge — featuring a historic geological formation, hotel, gift shop, caverns and cottages in a natural setting in Rockbridge County — racked up hundreds of thousands of dollars in unpaid bills, which he attributed to a drop in attendance and the scale of the undertaking by a team inexperienced in the hospitality industry. He said he was glad he preserved the attraction given the possibility it could have been broken up and sold to investors, possibly for development. He said he still intends to donate much of the purchase to create a new state park.

This fall, after Clarke failed both to repay the loan and supply required financial records and, in addition, sent records that did not make sense, the state financing authority summoned him to Richmond.

“We need to ask you a lot of questions,” committee head Dena Frith Moore said at the start.

Neither the Clarke-led Virginia Conservation Legacy Fund, the organization responsible for the purchase and loan, nor its affiliates made required monthly deposits to accounts for operating reserves and debt service, even though sufficient operating revenue was coming in, said authority board member John Rust.

“Where are the funds going?” Rust asked.

Clarke said he committed the revenue to other things. The big-ticket item, the first loan payment in October 2014, took $924,000. He ticked off a long list of expensive facility repairs, saying buildings at the site were in worse shape than he realized when he signed for the loan. Three people or entities who promised to donate more than $1 million did not come through, nor did an expected federal small business loan, Clarke said. The enterprise fell behind and could not catch up, he said.

“I take full responsibility, but I was left at the altar,” Clarke said.

Board members probed into other violations of loan terms. Clarke took on additional debt for another land purchase, at $850,000, in violation of a term of the loan agreement that said Clarke needed approval to borrow more money, Rust said. Board members also quizzed Clarke about evidence that his organization had lowered insurance coverage for Natural Bridge, from the $10 million the resources authority agreed he needed, without prior permission. But the biggest concern was the default on only the second annual payment.

Clarke’s organization has paid half of $920,177 for principal and interest due Oct. 1.

As a consequence, the resources authority assessed Clarke’s group a late fee of about $37,000 and increased the interest rate from 0.25 percent to 7.25 percent.

Under the terms of the loan, the state could foreclose on the bridge and its gift shop and other facilities along with about 1,500 surrounding acres appraised at nearly $30 million, said Shawn Crumlish, director of financial services at the resources authority.

Clarke said he worked hard to pay what he did and when he sent it, it felt like a victory.

“Thank you for the half payment,” Moore said. “We’re not feeling very victorious.”

The resources authority has experienced only one other default in more than 30 years of operation, during which time it has lent $7 billion. Clarke said he knows he’s blemished the authority’s record and is talking to “private individuals” and at least one bank about refinancing the loan. Knowing what he does now, the loan was a bad idea, he said.

“We intend to fix it,” Clarke said.

Clarke neither named potential lenders nor stated the terms of a possible transaction. Board members expressed skepticism.

“Is there a real plan?” Moore asked. What if Clarke’s group can’t refinance? O’Brien asked.

Clarke said he could sell the bridge. “I have plenty of offers,” he said.

He raised the prospect that another buyer might not respect the bridge’s historical integrity. Clyde Cristman, who directs the Virginia Department of Conservation and Recreation, told the committee that the state is making preliminary plans to operate the bridge as a state park in the spring. That’s even if the loan has not been repaid or refinanced by then.

Under the state’s plan, an adult ticket to the bridge would cost $5, versus $20 today, while a child’s ticket would cost $3, versus $12. That and heavy highway advertising would drive attendance, Cristman predicted. Ticket revenue would go to retire the debt. Only when debt-free could the bridge become a state asset.

Officer on leave over DC rally says he did nothing wrong

ROCKY MOUNT, Va. (AP) — A Virginia police officer who was placed on leave after he went in his off-duty hours to events that culminated in a d…

National Guard troops flooding in as Washington locks down

WASHINGTON (AP) — All through downtown Washington, the primary sound for several blocks was the beeping of forklifts unloading more fencing.

NORFOLK, Va. (AP) — Fallout from the coronavirus pandemic is threatening a company’s plans to retrieve and exhibit the radio that had broadcas…

Videos show fatal shooting during rampage at the Capitol

Tom Clarke borrowed $9.1 million from the state to buy the landmark.

The Natural Bridge will be managed by the state as a state park starting Sept. 24.