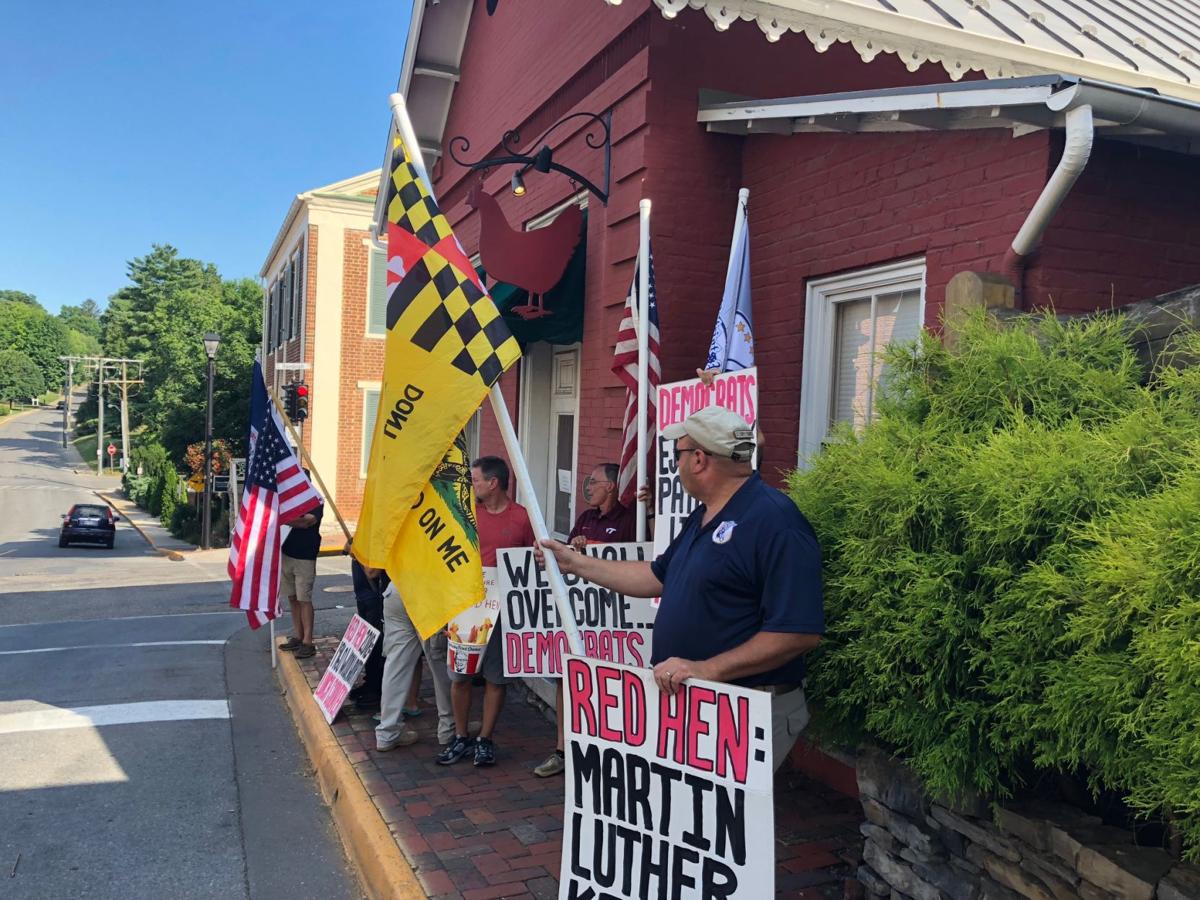 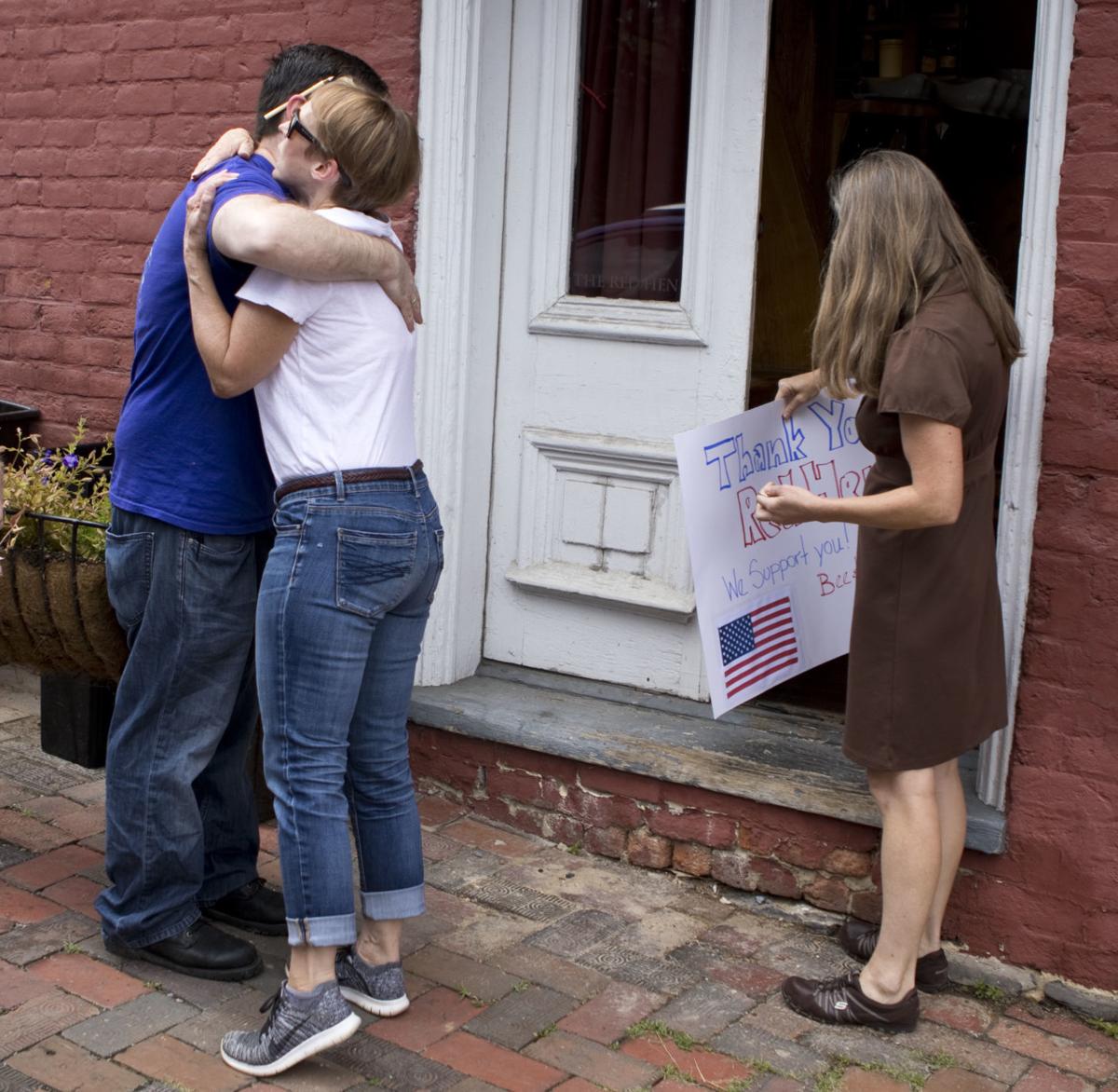 LEXINGTON — One year ago Saturday, the owner of The Red Hen in Lexington asked White House Press Secretary Sarah Sanders to leave her restaurant. News of the incident spread across the country within minutes after Sanders tweeted about what happened. Protesters traveled to the 7,000-person city and gathered outside the restaurant with signs, chants and in one case, chicken poop.

The restaurant’s phone line was hacked, fake Yelp reviews caused its rates to plummet and dozens of people made fake reservations. The Red Hen closed for 10 days as national media converged on Lexington. President Donald Trump joined in on Twitter to call the restaurant dirty.

The city’s director of marketing, Patty Williams, said the tourism office received thousands of letters and phone calls after the incident , and many of them were from people who said they would never visit the area again.

But according to a survey conducted by the region’s tourism office and the city’s tax records, the incident seems to have had little effect on Lexington.

Sanders visited The Red Hen, a 26-seat, farm-to-table restaurant on Washington Street, on June 22. The restaurant’s chef called the owner, Stephanie Wilkinson, to ask what they should do because some of the employees felt uncomfortable serving Sanders.

Wilkinson told The Washington Post, the only media outlet she has spoken to about the incident, that she drove to the restaurant, huddled with her employees and asked what they wanted her to do. In the end, she asked Sanders to leave.

The national response shocked the region. The local tourism board, which includes representatives from Lexington, Rockbridge County and Buena Vista, decided to pull together emergency funds to increase digital marketing and to spread positive messages of the area, especially Lexington, which brings in the largest number of tourists.

The tourism office agreed to spend an additional $5,000 per month from the office’s emergency fund from July through September. The tourism office receives 0.8% of the lodging and meals tax collected from each locality. About 20% of its annual budget, which is around $800,000 total, is put into a reserve for emergencies.

The board also requested a survey be done on the perceptions of Lexington and the surrounding area after the incident.

Performed by Gray Research Solutions of Nashville, Tennessee, the study involved interviews with approximately 100 people , each from Roanoke, Richmond, Norfolk and Washington, D.C. — Lexington’s top tourism markets — about whether they remembered the incident, where it took place and what effect it would have on their decision to visit Lexington.

On average, about 77% of people were aware of the incident at The Red Hen with Sanders , and 66% of those people knew it happened in Lexington.

The survey concluded, overall, only 13% of the 400 surveyed said they were less interested in visiting Lexington because of the Red Hen incident.

The city’s meals and lodging taxes were steady in the immediate aftermath of the incident and have been throughout the past year.

Gary Swink, the city’s finance director, said meals tax revenues were currently up 1.6% , and the lodging taxes were up 6.4% from last year. July 2018, which is the month when the city would have collected taxes for restaurant sales in June, was about the same as 2017. And August and September were higher than the same month the previous year, he said.

Meanwhile, The Red Hen continues to thrive and has found a new group of supporters nationwide.

Wilkinson said in an email that supporters have made donations to local nonprofits inThe Red Hen’s name or purchased restaurant gift certificates to donate to local charities.

Project Horizon, an anti-domestic violence program, bundled the value of its gift certificates to auction off a private dinner for 26 at The Red Hen, Wilkinson said. The Lexington Police Foundation, the Rockbridge Area Relief Association and the Rockbridge NAACP have also benefited from Red Hen supporters.

Wilkinson also started a fundraiser on Facebook to benefit the Committee to Protect Journalists and raised more than $6,000 in six days.

The Red Hen added a shop to its Facebook page in December and has sold hats, aprons and a seasoning mix. The first apron shipment sold out in just over a week, according to Facebook posts.

Opponents of Wilkinson’s actions still troll the page, but most posts are from people who say The Red Hen is now a bucket list location. One man said he plans to travel from as far as New Zealand to eat at the restaurant.

Wilkinson declined to comment on the incident beyond pointing to local charities that have benefitted.

Last month she published an op-ed in the Washington Post that said her business and the local area were thriving. She wrote that for every negative comment she received about the incident, there was a donation to support the restaurant or local charities.

She ended the piece, “And to everyone who might be fearful about taking a stand, I say don’t be. Resistance is not futile, for you or your business.”

Earlier this month, Sanders announced she would step down from her position as press secretary at the end of June. Trump has not chosen a replacement, but has publicly stated he thinks Sanders should run for governor in Arkansas.

Protesters return as The Red Hen quietly reopens its doors

CASEY: Still clucking about the to-do at The Red Hen

The Red Hen restaurant in Lexington is reopen, after being closed nearly two weeks for protests that followed it's owner asking White House Press Secretary Sarah Sanders to leave. And folks are still talking about it.

CASEY: Readers sound off on The Red Hen, Sanders and Trump

There seems to be a great divide not only on President Donald Trump, but on the definitions of civility and incivility. Events this week in Lexington serve as a perfect example.