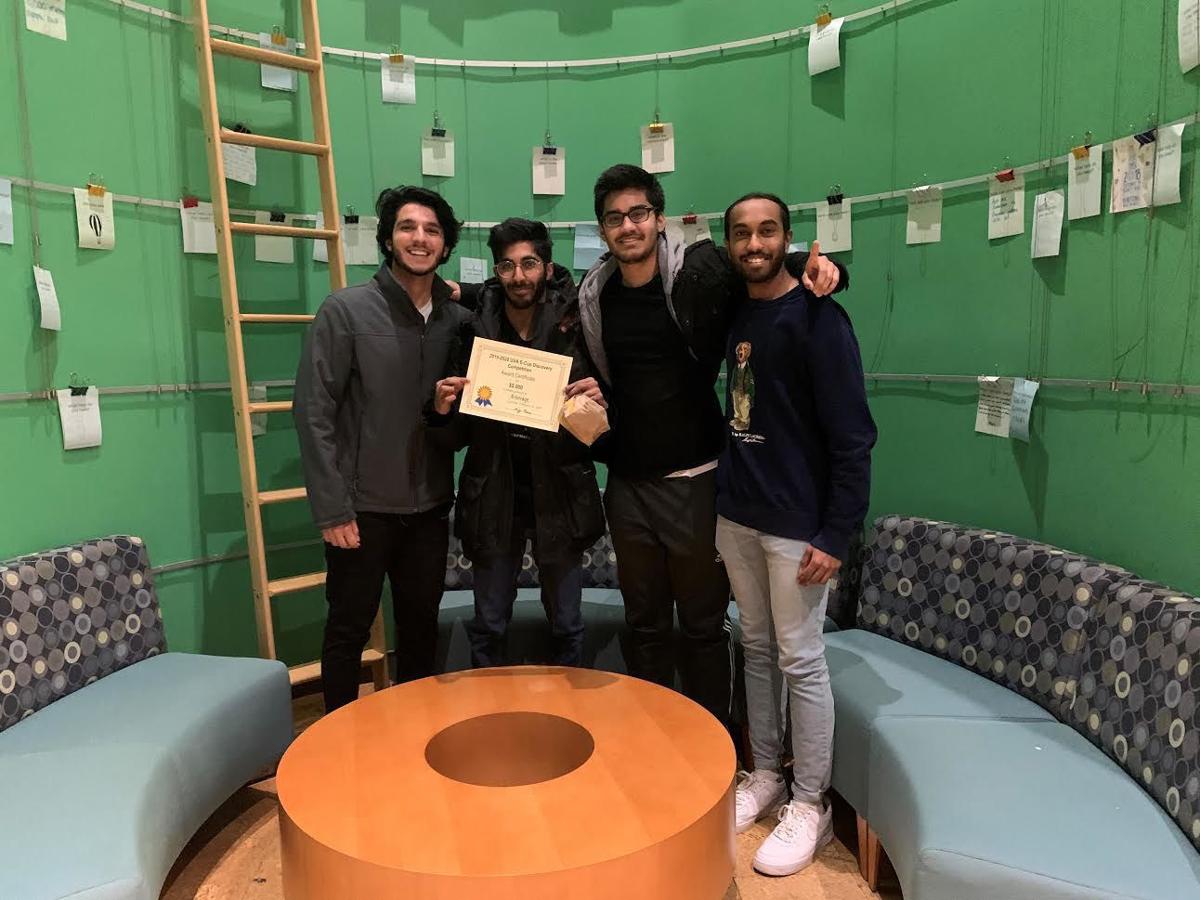 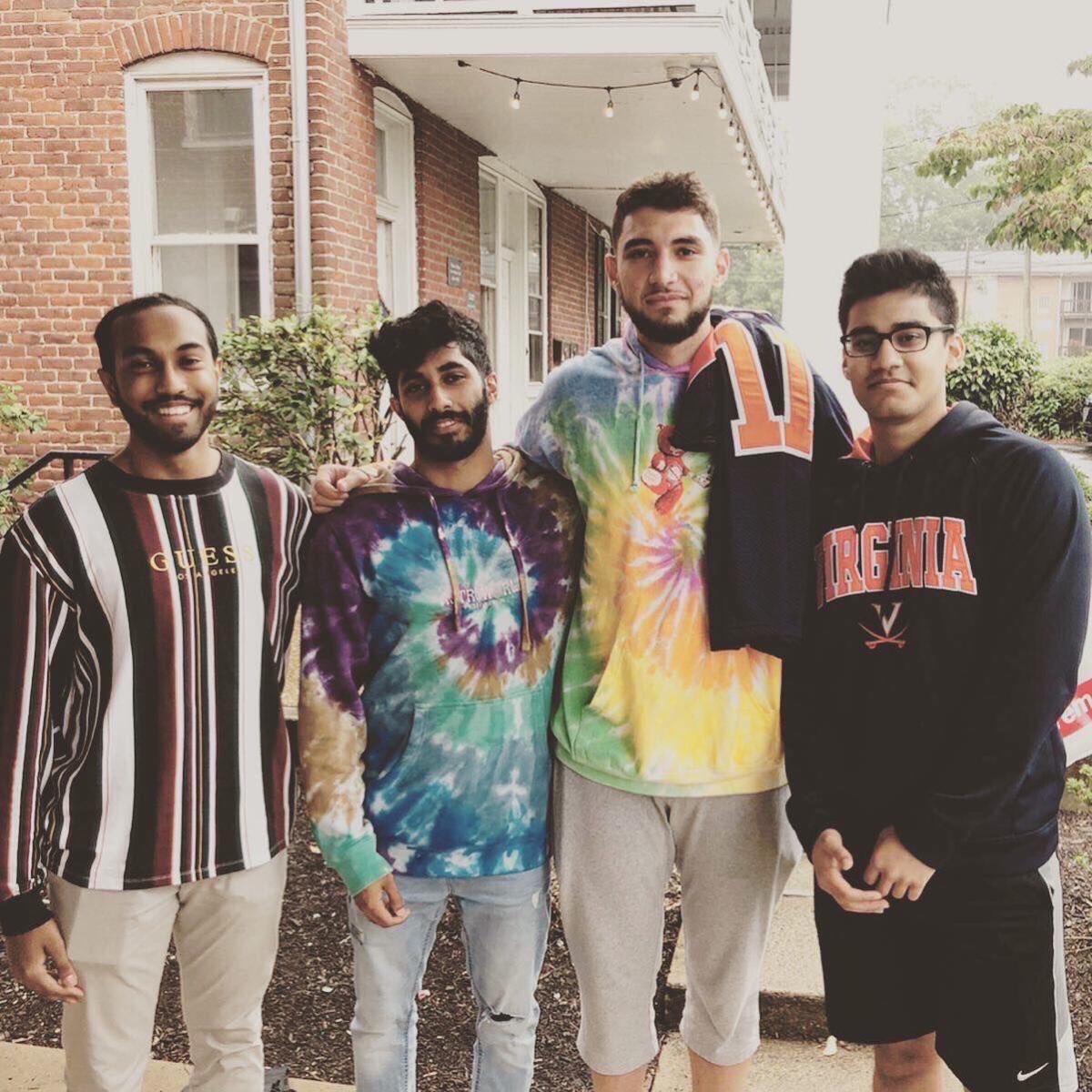 Members of Arbitrage worked with University of Virginia basketball standout Ty Jerome, who is now playing professionally. The company’s principals are adept at bringing customers and social influencers into their business. Shown (from left) are Sai Samayamanthula, Mihir Tandon, Ty Jerome and Aditya Sorot.

Members of Arbitrage worked with University of Virginia basketball standout Ty Jerome, who is now playing professionally. The company’s principals are adept at bringing customers and social influencers into their business. Shown (from left) are Sai Samayamanthula, Mihir Tandon, Ty Jerome and Aditya Sorot.

A word of warning to the wise: Never leave a passel of pre-med students alone with nothing to do; they may just start a successful fashionwear business.

Five University of Virginia students found themselves with a handful of free time last year and created Arbitrage, an internet-based clothing business fueled by savvy social media use and sharp focus on the trends and proclivities of their customer base of UVa students.

The business focuses on upcycling clothing, finding and acquiring items from shoes to shirts, shorts, jeans and slacks with customer appeal, and selling via a website at artofarbitrage.net and on Instagram.

“They already had it up and running when they came into my class, and I looked at them and said, ‘How did you do this?’ They had 3,000 people on their Instagram account, already,” said Chip Ransler, assistant professor of practice in commerce in the UVa McIntire School of Commerce. “ ‘I said, ‘How did you start this thing from scratch and get it so large?’ They said they were just bored and wanted to do something.”

“Really, we were just sitting around with some time on our hands in the library trying to come up with something we could do,” said Mihir Tandon, who handles photography for the social media accounts, looks for trends and tracks what sells. “We realized we all liked clothing and we knew a lot of people who were into fashion and it just sort of started from there.”

“I posted a pair of khaki shorts I had and it sold in 30 minutes,” Tandon said. “It was fun and we were hooked.”

“A majority of the things we’re selling are one-of-one items,” said Jasmanet Chahal, who helps with supply and design. “We already have an idea of what people are wearing and what they’re interested in because we are students and we see them every day. We’re interested in clothing ourselves and that knowledge of our customers makes a big difference.”

The work of running an internet clothing enterprise is divided among the friends. Sai Samayamanthula works on finding manufacturers and suppliers of clothing and identifying trends.

Aditya Sorot is the marketing man, reaching out to consumers through social media and running the daily online grind.

Pramod Grama works the numbers, compiling data and making sure the finances are fit.

Although they have their specialties, they share the same goals: giving friends and fellow students at UVa, and anywhere on the internet from where they may order, the opportunity to be well-dressed.

“It’s been successful because there’s a lot of people who want to find ways to express themselves, to set them apart,” Chahal said. “Twenty years ago the social media and methods we use were not out there. We try to create a community of people around what we do and we learn from them what they’re interested in. That makes it easier to provide what they want.”

“A lot of the commodities from UVa’s past do really well and street wear from Travis Scott and Astroworld sell well,” Grama said.

The friends have innate understanding of the new market, Ransler said. When UVa national championship basketball team star Ty Jerome, who wore the number 11 on his jersey, was going to the ceremony to pick up his champion’s ring, the friends reached out to him.

“We had a jersey with 11 on it and we wanted to know if he wanted to wear it that night,” Tandon recalled.

He did and gave Arbitrage a shout out. That brought more attention to the business from other athletes, fans and students.

“College students like to represent the colleges they go to,” Tandon said. “Not everything on the site sells for a high price, either. A lot of things are $10 or $20 and that helps keep the community interested.”

“They saw that if you know your audience, you can often apply that to another audience. They got to know their audience really well and they listened.”

“We started out last May and we’d sell things in a few days,” Tandon said. “In the fall, we were selling about seven to 10 things a day. Now we find that sometimes we’ll put something up on line and it will sell in a few seconds. It’s addicting.”

The friends are not planning to give up their goals of being doctors. And, being as they are all in the same boat, they find it’s easier to row in the same direction.

“They tell you that you shouldn’t go into business with your friends, but we think it’s important to have your business partners be your friends because they can support you,” Chahal said.

“When things get hard at school or you’re trying to get your applications for school done, your friends understand because they go through it, too. They can help you out and you help them out. It’s not all on you.”