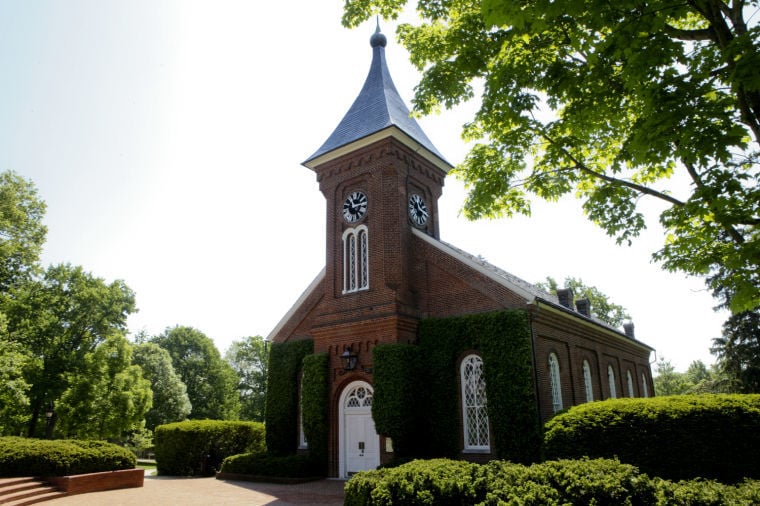 Lee Chapel has been the site of important moments for campus life at Washington and Lee University. 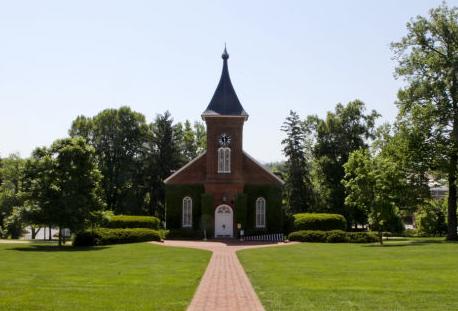 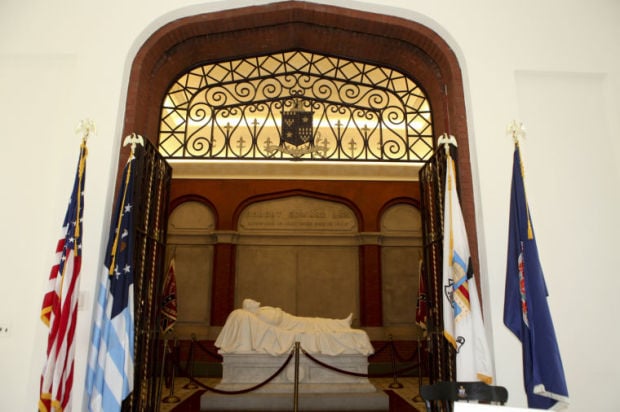 Washington and Lee University officials say Robert E. Lee was instrumental in keeping the school alive in the years following the Civil War. 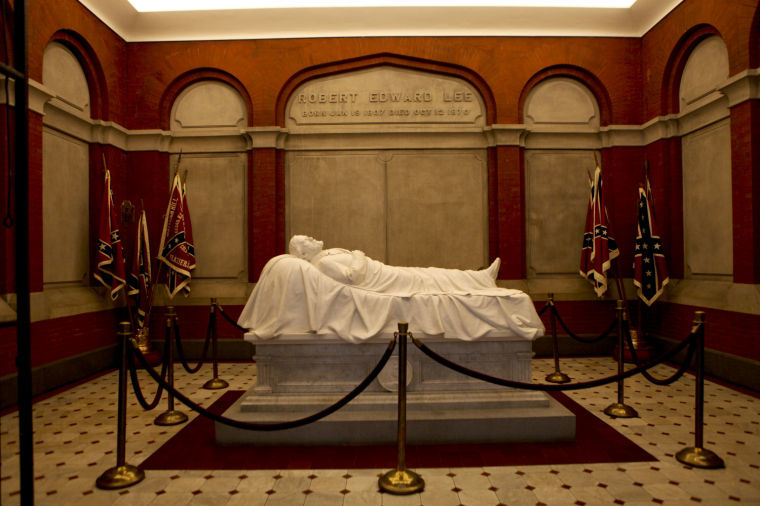 In 2014, Washington and Lee University decided to remove replica Confederate flags from Lee Chapel, seen in this file photo, after students objected to them. 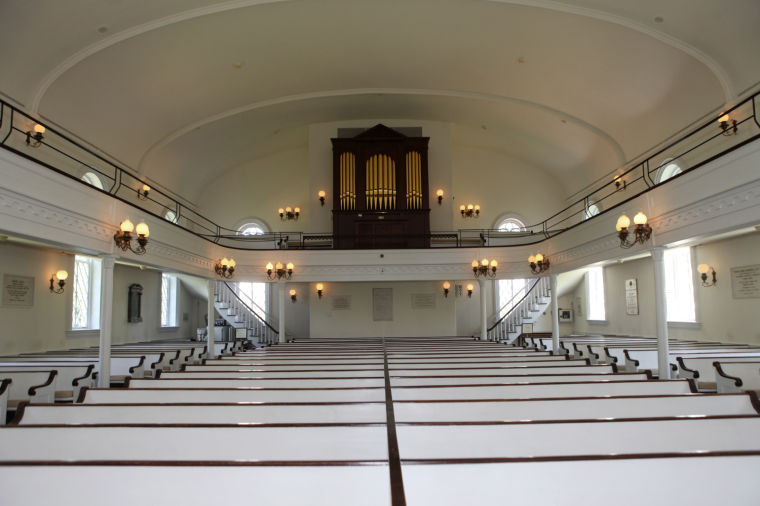 The president of Washington and Lee University on Tuesday said in a mass email to faculty and students that the battle flags of the Confederacy will be removed from Lee Chapel and that the university will continue to study its historical involvement with slavery.

President Kenneth Ruscio issued a lengthy statement in response to a controversy that began last spring when a group of law school students called the Committee demanded that W&L stop glorifying Robert E. Lee and the Confederacy and acknowledge Lee and the university’s ownership of slaves.

“I am happy that we made some progress,” said Brandon Hicks, one of the Committee members. “Some of our concerns were met and some of them were not. We are happy with the removal of the Confederate flags from Lee Chapel and are in agreement with the placement of flags in the museum. That met our demands and is not in an area where students have to convene.”

The Committee found the flags particularly odious because students were required to pledge to an honor code in their presence.

“The purpose of historic flags in a university setting is to educate. They are not to be displayed for decoration, which would diminish their significance, or for glorification, or to make a statement about past conflicts,” Ruscio said. “The reproductions are not genuinely historic, nor are they displayed with any information or background about what they are. The absence of such explanation allows those who either ‘oppose’ or ‘support’ them to assert their own subjective and frequently incorrect interpretations.”

The reproduction battle flags will be removed, and W&L expects to display original flags, on loan from the American Civil War Museum in Richmond, at the Lee Chapel Museum on a rotating basis.

Ruscio addressed the Committee’s other demands by saying he will ask the undergraduate faculty to vote in the fall whether to cancel classes on Martin Luther King Day, though he would advise that they continue to teach and hold programs rather than sacrifice commemorating King’s life for a day off.

And, he said, W&L will continue to allow groups to use the chapel for lectures, a nod to those who organize Lee Jackson Day in Lexington during the weekend preceding MLK Day. However, they will not be permitted to “march” on campus or to use it as a platform to espouse their statements, he said.

Those modern-day issues are simpler to address than the university’s complex history. The school was founded by Scots-Irish pioneers as Augusta Academy in 1749. In a surge of patriotism, the name was changed in 1776 to Liberty Hall. It was later named to honor George Washington, who is credited with establishing its first endowment.

When Lee arrived as its president in 1865, he implemented a series of bold innovations that are credited with saving the war-battered Washington College, and upon his death the trustees changed its name to Washington and Lee.

Ruscio said the university is continuing to study its involvement with slavery and said that in 1826 it “came into possession of between 70 and 80 enslaved people from the estate of ‘Jockey’ John Robinson. Until 1852, the institution benefited from their enslaved labor and, in some cases, from their sale.”

He added that acknowledging the historical record “will require coming to terms with a part of our past that we wish had been different but that we cannot ignore.”

Ruscio said that he takes pride in Lee’s accomplishments as president of then-Washington College and will not apologize for “the crucial role he played in shaping this institution. Affection for and criticism of historical figures living in complicated times are not mutually exclusive positions, however, as scholar Joseph Ellis concluded after his study of Thomas Jefferson.”

Lee, he said, “was an imperfect individual living in imperfect times. Lee deserves, and his record can withstand, an honest appraisal by those who understand the complexities of history.”

Hicks said Ruscio’s remarks on Lee “was a whitewashed version that tried to minimize his role. It is not a statement I would have written.”

Still, he said that he is encouraged by much of what Ruscio had to say and by the conversations Committee members had with administrators prior to the end of the term in May.

The law school is planning a forum once classes get underway in the fall, Hicks said.

“I regret that the conversation seemed to begin with what divides us rather than what unites us. I hope the future is one of continued careful examination and further defining our common purpose,” Ruscio said.

Both Committee members and the W&L administrators were barraged with comments when the Committee made its demands public in the spring.

Both Ruscio and Hicks said they were encouraged that the conversation will continue.

DES MOINES, Iowa (AP) — When Minnesota Republican Tyler Kistner announced his candidacy for the U.S. House in April, he asked voters to ponder…

Lee Chapel has been the site of important moments for campus life at Washington and Lee University.

Washington and Lee University officials say Robert E. Lee was instrumental in keeping the school alive in the years following the Civil War.

In 2014, Washington and Lee University decided to remove replica Confederate flags from Lee Chapel, seen in this file photo, after students objected to them.