A man who went shopping in New Mexico came back to find his car was full of bees. Thousands and thousands of them.

He called 911, as anyone would do if they returned to a car full of insects.

Fortunately for him, the firefighter who responded also happened to be a beekeeper.

The man's car was overrun by the swarm of bees after he left his window down at an Albertson's grocery store on Sunday in Las Cruces, the fire department said on Facebook.

"Firefighters learned the owner of the car returned from shopping, placed groceries in his vehicle and started to drive off before noticing the swarm in the backseat," the post said.

As luck would have it, one of their firemen, Jesse Johnson, is a beekeeper in his spare time, and was called upon to come to the rescue, on his day off.

Johnson was able to bring the proper equipment to deal with the bees. It took more than two hours for the bees to be removed.

The crew estimated there were more than 15,000 bees, which were relocated to Johnson's property outside city limits.

The department said it doesn't usually deal with bees, but it needed to act quickly for everyone's safety.

"A security guard at Albertson's was stung and it is possible a few patrons may have had close encounters, but no major injuries were reported," the department said.

Ravens steal groceries at Alaska Costco, and more of this week's weirdest news

“I literally took 10 steps away and turned around, two ravens came down and instantly grabbed one out of the package, ripped it off and flew o… 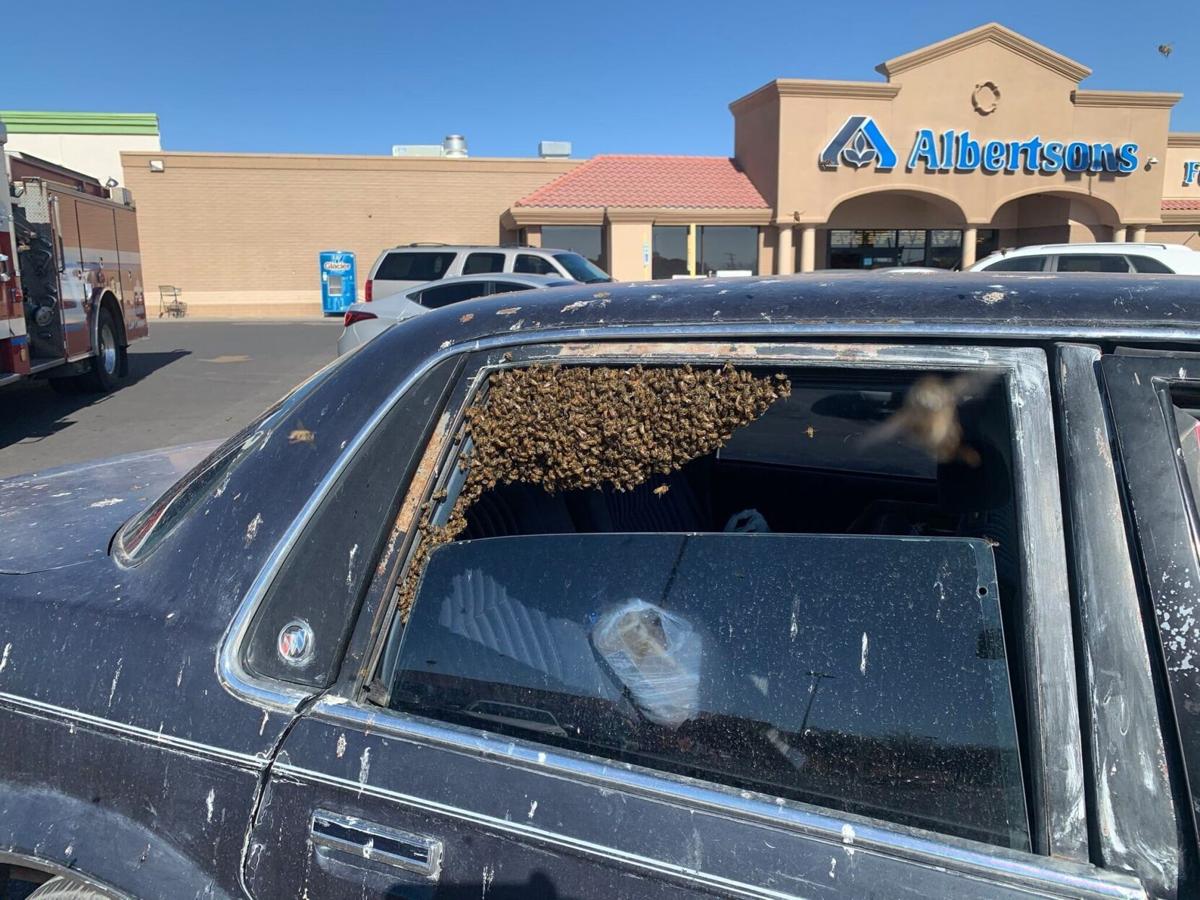 The bees entered the car when the man was in a grocery store. 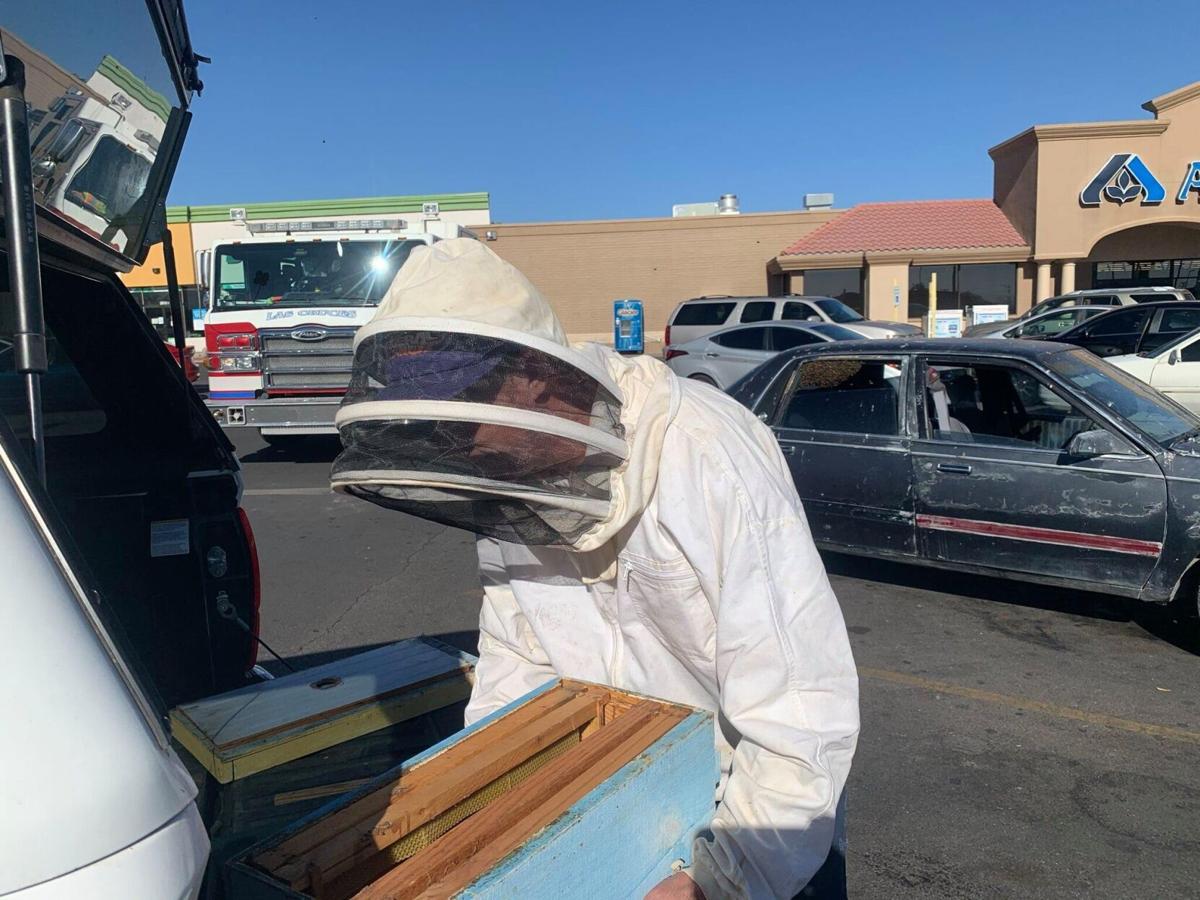 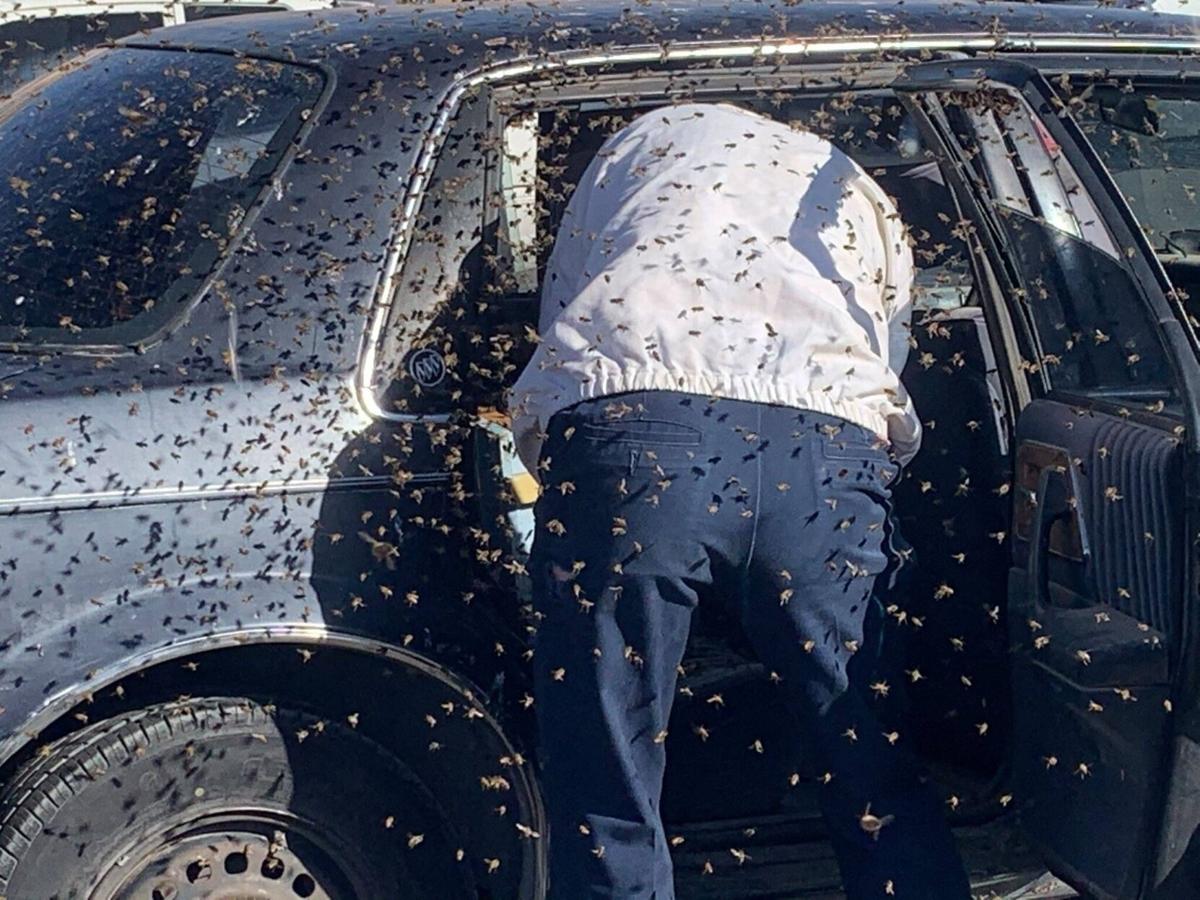 The Las Cruces Fire Department estimates more than 15,000 bees were in the swarm.