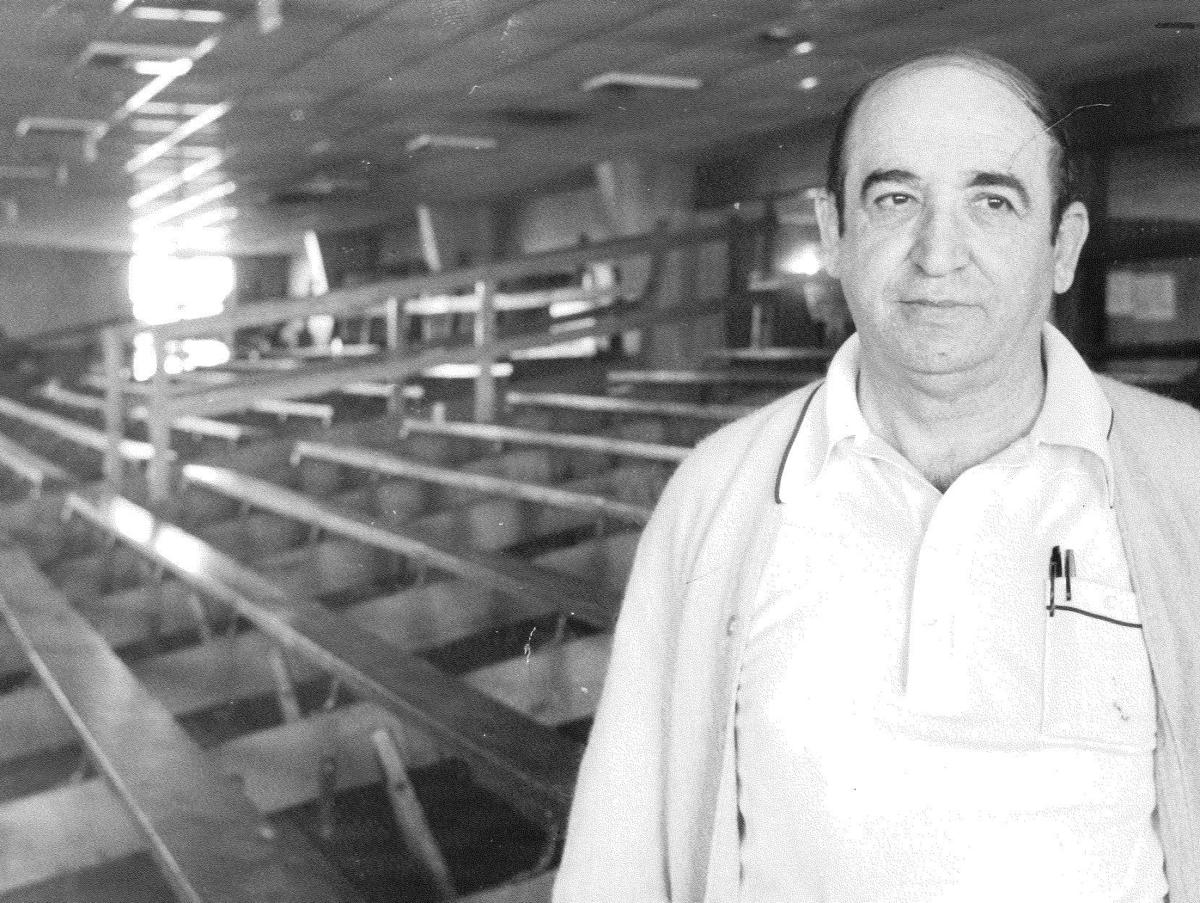 Pete Apostolou promoted many Roanoke wrestling matches in the 1950s and ’60s, both on Saturday afternoon TV shows on WDBJ-TV (Channel 7) and in live evening venues such as the old American Legion Auditorium and Starland Arena. 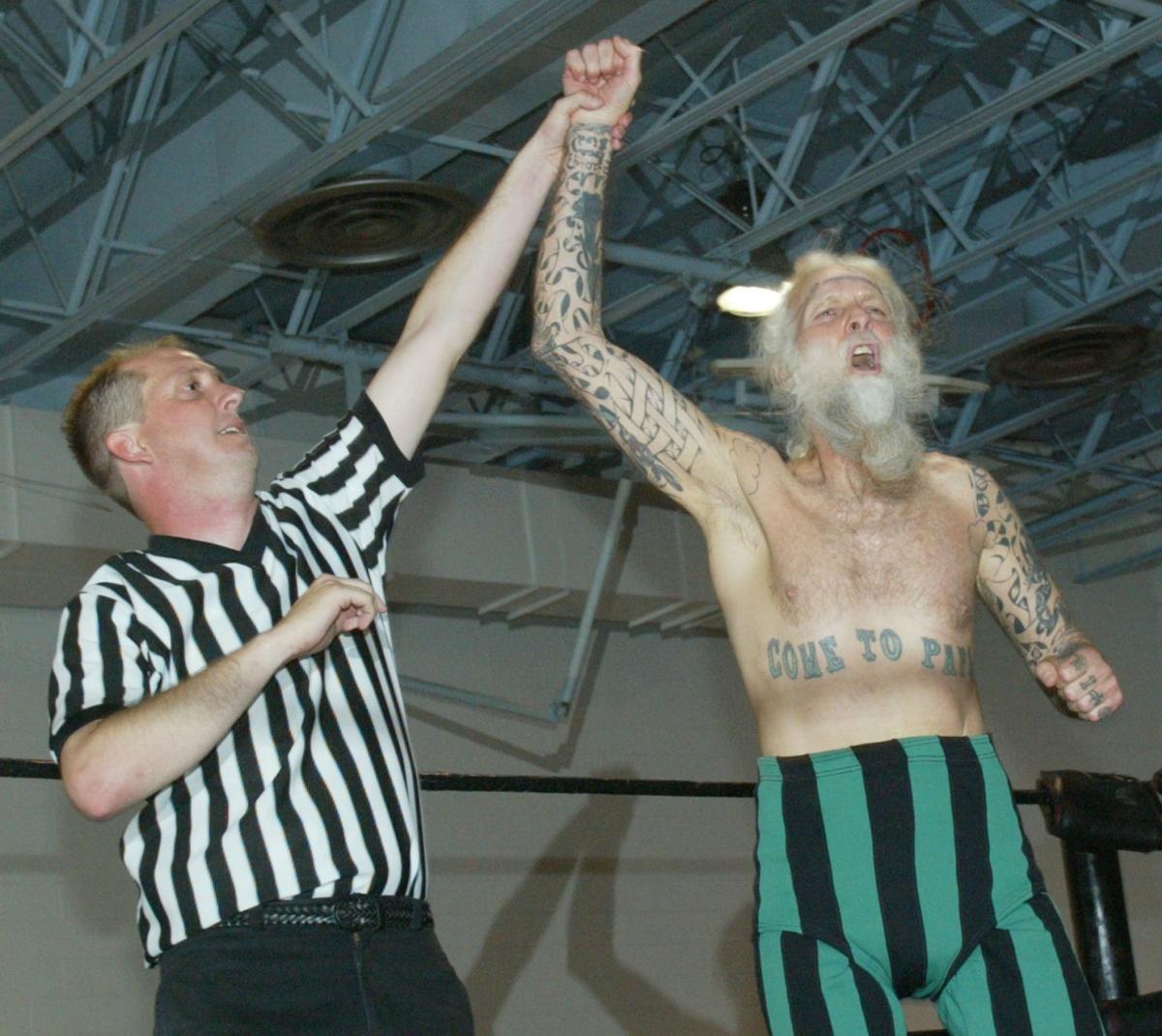 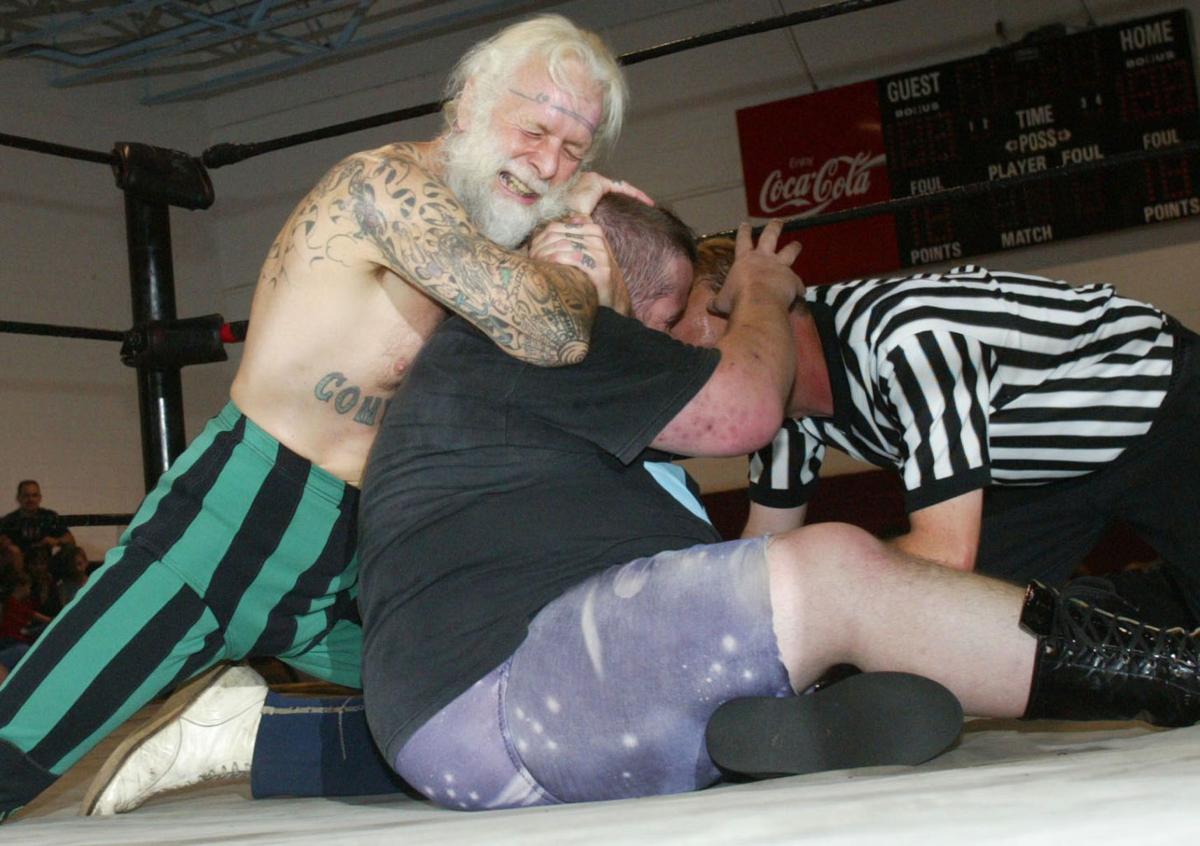 By Ray Cox | Special to The Roanoke Times

It’s a troubled, perilous world we live in these days.

Even here at the answer desk, occasionally attention turns to strange and frightening things.

Q: Growing up in Wytheville, one of our Saturday afternoon rituals was watching a local TV station airing live “Wrestling from Roanoke.” There was a tag team group promoted as “The Bolo Brothers.” These two men wore masks that their opponents were always trying to take off during the wrestling match. We never knew who these two masked men were. Could you find out who they were and if they were actually from the Roanoke area?

A: Before we get to the sinister and intimidating Bolos, some background is in order.

Professional wrestling has a rich history going back many decades from coast to coast, up into Canada and down into Mexico.

A fondly recalled footnote involved the many Star City bouts promoted by Pete Apostolou on behalf of Jim Crockett Promotions.

WDBJ-TV (Channel 7) carried live studio wrestling Saturday afternoons from 1957-67. Early years of the show were staged on the second floor of the offices that still serve The Roanoke Times. Before divesting its broadcasting arm, what was then known as the Times-World Corp. owned the television station.

The Bolo Brothers, infamous “heels” — as squared-ring villains were known — were Saturday afternoon regulars on the shows, which were usually preludes to live evening bouts at venues such as the old American Legion Auditorium.

More on the Bolos in a minute.

Eventually, in 1965 Apostolou bought an old bowling alley between Salem Turnpike and Shenandoah Avenue, dubbed it the Starland Arena, and continued Saturday night shows there.

Apostolou thus had “the perfect set-up where the guys could come in and do the live ‘All Star Wrestling’ TV and the Starland Arena show all within hours of each other,” wrote Dick Bourne at Mid-Atlantic Gateway.

Another perfect setup for these weekend productions was that the touring grapplers would stay at the former Ponce De Leon Hotel on downtown Roanoke’s Campbell Avenue, right across 2nd Street from the Times-World building. Thus the beefy stars of the Saturday beating and banging matinees could wake up from their naps and walk to work.

Speaking of those presumed siestas, late night carousing was a vital part of the old pro wrestling scene, retired grappler Jimmy Valiant wrote in his autobiography “Woo … Mercy Daddy!: Welcome to My World; the Jimmy Valiant Story,” a classic of the genre.

Valiant, who has operated a Montgomery County training facility since the early 1990s, appeared on the old WBDJ television shows back in his early days. Valiant, a bon vivant and ace storyteller, could not be reached for this report.

Apostolou would take down the results of the bouts and bring them up to the sports desk, where editor Bill Brill, moonlighting as a publicist, would write up the press release, Adams said.

At other times, one wrestling magazine or another would call into the sports department for results. Peeved copy editors, with regular newspaper deadlines looming, were as likely to make something up as give an accurate report, Adams remembered.

As for the Bolo Brothers, they started with The Great Bolo, who was later paired with another strongman dubbed just Bolo.

According to Sean Sweeney’s 2014 biographical sketch at “Online World of Wrestling,” the original Great Bolo was named Al Lovelock. The tag team partner was Tom Renesto. Later pairings included Renesto and Jody Hamilton as The Bolos and Lovelock and Pepper Martin, who went under the handle The Mighty Bolo.

Home towns for these guys could not be determined.

At “Mike Cline’s Mid-Atlantic Grapplin’ Greats,” (bit.ly/2FsoyiD) the significance of the mask was explained.

“The mask of THE GREAT BOLO was his championship belt. To lose the mask was to destroy his wrestling career.”

Promoter Crockett demanded the mask be donned even before the wrestlers reached the venue. Cline writes that other wrestlers never knew who was under the hood.

Just as the questioner recalled, opposing wrestlers were always trying to unmask the masked men. Cline provided a picture of mammoth countrified head-knocker Haystacks Calhoun — known for his bushy wild-man whiskers and characteristic white T-shirt and bib overalls garb — trying to rip Bolo’s mask off “along with the head the mask covers.”

Later, Renesto took another partner and they called themselves the Assassins, Cline writes. One night after wrestling in Georgia, Renesto decided it was time to retire.

“He removed his own mask, and THE GREAT BOLO was no more.”

If you’ve been wondering about something, call “What’s on Your Mind?” at 777-6476 or send an email to whatsonyourmind@roanoke.com. Don’t forget to provide your full name (and its proper spelling) and hometown.

Now in sight, The Vue to add to Blacksburg housing

One of the latest larger housing complexes in Blacksburg - where the issue is always in play - will be called The Vue, a project that's now underway off South Main Street.

Gastro pub The Maroon Door is set to open in downtown Blacksburg next Friday.

Because of the pandemic, many eight-year driver's license holders can renew online for two years, rather than fight to get an appointment at the DMV. But that doesn't apply to everyone.

Gary Martin's precarious living situation may have a pathway to a happy ending for the lifelong town resident, according to the town's mayor.

Pete Apostolou promoted many Roanoke wrestling matches in the 1950s and ’60s, both on Saturday afternoon TV shows on WDBJ-TV (Channel 7) and in live evening venues such as the old American Legion Auditorium and Starland Arena.