August 12, 1935 September 13, 2019 Earnest Earl Dalton, 84, of Fincastle, Va., passed away peacefully on Friday, September 13, 2019, after a courageous battle of many years with cancer. He was welcomed into Heaven by many family members and by his Lord and Savior, Jesus Christ. Earl was born in his family's log homeplace and was pleased to spend his last 24 years there as well. The youngest of Linnie Davis Dalton's six children, Earl was predeceased by his mom; uncle, Arthur Davis; grandparents, Robert Floyd Davis and Mattie Davis; four sisters, Glenna Davis, Melba Deisher, Lura Mareta Duncan and Anna Wright. He was also predeceased by his first wife, Linda Craighead Dalton, who was the mother of his two children, Mark Dalton (Ann) of Evington, Va., and Cynthia Falls (Gregory) of Buchanan, Va. Earl is survived by his wife, Vicki Trest Dalton; and was also a special, second Dad to Jennifer Lynn Shepherd of Salem, Va. (Vicki's daughter). He was a proud grandfather to Landon Dalton, Zachary Falls, Lorin Yeisley, Shayna Trest, Keiley Shepherd and Jayden Williams and to his great-grandsons, Douglas Yeisley and Colton Tres. Also surviving to share his memory are his brother, Cecil Edgar Dalton; nieces and nephews, Tony Wright (Crystal), Larry Wright (Margee), Karen Wright (Wayne Utt), Edwin Duncan, Gwendolyn Williams (Charles), Kevin Finney, Linda Guffey (Ralph) and Stacy Finney; great-nephew, Bryce Finney; great-niece, Ayla Wright; and his sisters-in-law, Donna Garven Finney (Curtis) of Hoschton, Ga., and Carole Anna Garven Willhide of Roseburg, Ore. Earl was a faithful member for over 30 years at Rainbow Forest Baptist Church, 1338 Rainbow Forest Drive, Troutville, Va., and was a member of the Abundant Life Sunday School Class whose members loved and prayed Earl through many health problems. He served in Rainbow's Parking Lot Ministry and was overjoyed every year to have the Sunday School Class Get-Together in the woods at his homeplace where food and fellowship were plentifully enjoyed. In his younger years, Earl enjoyed racing cars but settled down later to participate with his purple 1936 Chevy in local antique car shows. He was an accomplished woodworker, evident in the 8-year restoration of his 200-year-old log homeplace which Earl loved dearly. He loved to work outside on his tractor and always felt good about a hard day's work. Earl was an honest, loving, and devoted husband, father, grandfather and friend and he loved to share his testimony and faith in Jesus Christ with everyone. Earl retired as a respected tool and diemaker in 2004 from John C. Nordt, Inc. in Roanoke, Va. Our family would like to thank the following for their medical expertise and care for Earl: William Fintel, MD, Daniel Bauer, MD, Dr. Krupski (UVA), and Dr. Pelletier (UVA). We would also like to warmly thank the devoted, caring staff at Good Samaritan Hospice, especially Earl's nurse, Sarah Quinlin, who made his final nine months so much easier. Although flowers are appreciated, please consider a donation in Earl's honor to his beloved church, Rainbow Forest Baptist Church, 1338 Rainbow Forest Drive, Troutville, VA 24175. The Funeral Service will be conducted at 3 p.m. on Tuesday, September 17, 2019, at Rainbow Forest Baptist Church with burial to follow in the Dalton Farm Family Cemetery in Fincastle, Va. Visitation will be held from 6 until 8 p.m. on Monday, September 16, 2019, at Oakey's East Chapel and also on Tuesday from 2 until 3 p.m. prior to the service at the church. Online condolences may be expressed at www.oakeys.com.

+1
+1
To plant a tree in memory of Earnest DALTON as a living tribute, please visit Tribute Store. 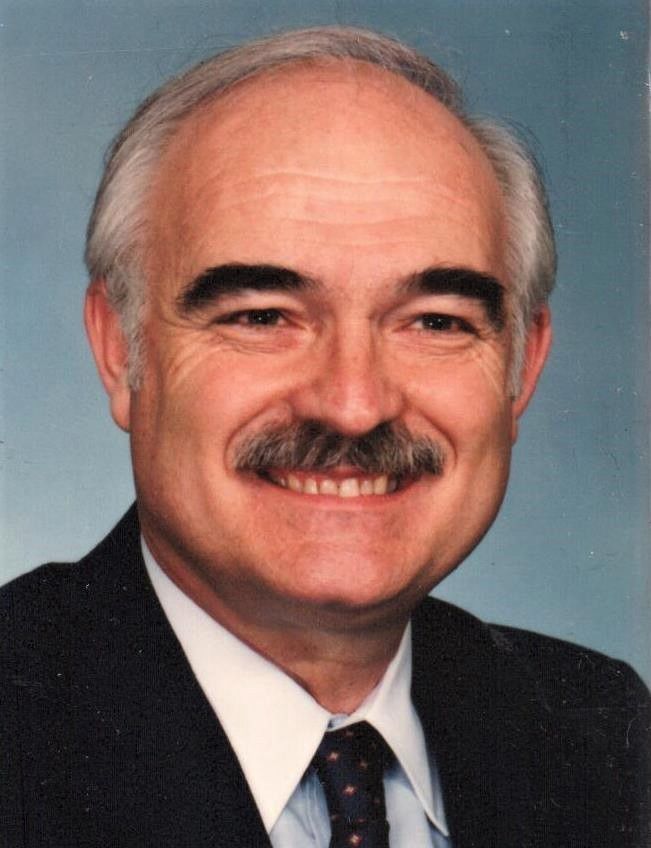