January 12, 2020 Robert Linwood "Bob" Fariss, 90, of Roanoke, Va., passed away at The Park – Oak Grove on Sunday, January 12, 2020. He was born in Roanoke in 1929, son of the late Linwood Taylor Fariss and Marie Morris Fariss. Bob was predeceased by his wife, Renate Melitta Fischer "Nan" Fariss; and his daughter, Renay Melitta Fariss Richardson. He is survived by three children, Dr. Thomas Linwood Fariss (Margaret) of Milton, Ga., Susan Fariss Whiteside (Mike) of Roanoke, Va., and Robert Andrew Fariss (Erin) of Roanoke, Va.; son-in-law, Frank R. "Chip" Richardson; six grandchildren, Taylor Whiteside, Grace Whiteside, Mitchell Fariss, Lauren Fariss, Jacob Fariss, and Emma Fariss; and close cousin, Betty Fariss Petersen. Bob lived his entire life as a resident of Roanoke, Va. He was lovingly raised by his grandmother, Hettie Fariss, and his aunt, Rosa Mareta "Reta" Lee. Bob graduated from Jefferson Senior High School in 1948 and earned an Associate Degree at Ferrum College, a bachelor's degree from Bridgewater College, and a master's degree in School Administration and Social Science from Radford University. He served his country in the 116th Infantry Regiment of the National Guard from 1948 to 1951, during which he took the famous "Series 10" Officers Training course. In 1957 Bob met Nan, the love of his life, and proposed to her within two weeks of her arrival while she was on a brief visit to the United States from Germany. They were married for 58 years, until she passed away in 2015. Bob's chosen career was school teacher, and he taught geography, history, government, social studies, and a variety of other subjects to junior high and high school students in the Roanoke City and County school systems. An education innovator, he pioneered the General Education Development (GED) classes in Roanoke beginning in 1965 and taught over 2,000 adult students who wanted to obtain their high school degree later in life. Bob had avid interests in U.S. and world history and was an expert on the history of the Civil War as well as World Wars I and II. His interest in politics led to an exciting but unsuccessful run for Congress, representing the 6th Congressional District as an Independent in 1982. He kept a personal library of books on history and politics and loved to talk with anyone on these topics over a beer or coffee. Bob was a loving husband, father, grandfather, and a lifelong learner. He took post-graduate courses from many, if not most, of the colleges and universities in Virginia, including Radford, Virginia Tech, Roanoke College, Hollins, University of Virginia, William and Mary, Virginia Commonwealth University, University of Richmond, among others. Hobbies and interests included the study of history, walking with Nan and their beloved rescue Bischon Frise dogs, strategic napping, and a seemingly unending list (many unfinished) of projects and project ideas around the house. Above all, Bob was very content with his life and cherished his family and his faith. The family offers special recognition and many thanks to Heartland Hospice. The Visitation and Service will be held at Christ Lutheran Church in Roanoke on Friday, January 17, 2020. Visitation will begin at 10 a.m. followed by the Service at 11 a.m. with the Rev. Dave Skole officiating. In lieu of flowers, a donation to Christ Lutheran Church is appreciated. Online condolences may be expressed at www.oakeys.com.

I first encountered Mr. Farris as my history teacher at Monroe Jr. High School. He was a wealth of knowledge and didn't mind going "off topic" to help the class understand something. I remember when he completely diverted from the text and we spent several days with him lecturing on personal ethics. His ideas were so thought provoking that they are still with me today. It's a shame that today's students will never experience a teacher such as Robert Farris. 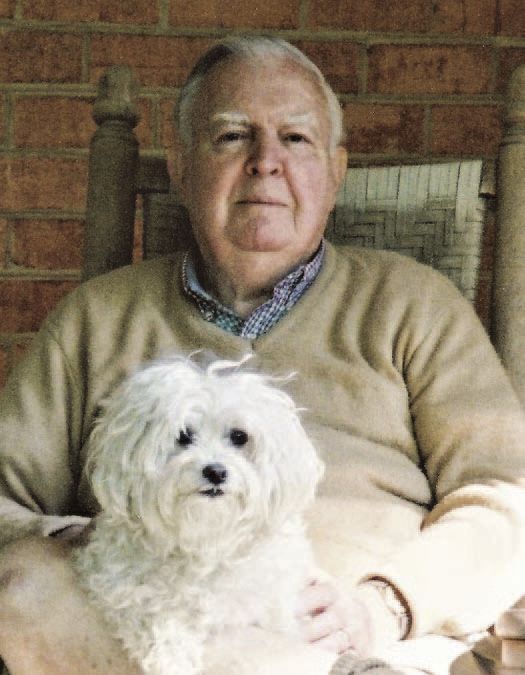