May 10, 1989 March 26, 2017 Jordan Racquel (Joey) Gilbert, 27, of Roanoke, Va., entered into the healing arms of our Lord and Savior on Sunday, March 26, 2017. She was born in Roanoke, Va., on May 10, 1989. To her loving family, she was Jordan but to her vast number of good friends, she was "Joey."  Her nickname came to her easy in Elementary School. There were three "Jordans'" in her class at Oak Grove Elementary and everyone could see that she was one of a kind. Jordan is survived by her mother, Linda Gilbert Tackett, who she affectionately called "Mi Mi;" and her dad, Danny A. Gilbert, whom she considered the "rock of her life." She is also survived by her stepdad, R. Douglas Tackett, who always found ways to encourage her; and her stepmom, Wendy H. Gilbert, whom she proudly called "my second mom." Jordan is survived by two siblings who she loved beyond words, her "Sissy," Britney Gilbert Chitwood, was her best friend and her light in dark times who taught her what unconditional love looked like and felt like. Her only "Bro," Skyler H. Gilbert, who she thought was her complete opposite, but the person she admired more than anyone. Also surviving is a very special aunt and uncle, Carol and Leslie Gilbert. Her Aunt Carol babysat her from eight weeks of age until she entered Oak Grove School. She adored her Uncle Les because she thought he was one of the funniest people ever and he gave her so much laughter. Other than unconditional love, she thrived on laughter. To her only niece, Cayden Lena Chitwood, she was "Aunt Jo Jo," whom she proudly claimed inherited the fashion, creativity and smart gene from Aunt Jo Jo. Special cousins and life-long supporters include Sean, Lori, Tevor and Michael Gilbert. Also, James Hobson, who she knew would "love her to death" and he did that and more. Although Jordan didn't have children, she was a doting mom to her "fur babies," Ava and Gemma, who have been permanently adopted by James, which is exactly what she would've wanted for her two most prize possessions. The family would like to express endless gratitude to Dr. Robert Patten, Wendy, and Kay who saw the same light and promise in her that those who loved her saw. Their years of compassion and support as her family physician gave us many more years with our sweet Jo Jo. The family would also like to thank the many friends that Joey loved who stuck by her in both good times and tough times. That's what love does.    More than anything else, Jordan knew that she was loved! Our sweet girl was creative, smart, funny and the life of every gathering. The words "I Love you!" came daily and naturally to her family and friends. She loved the camera and the camera loved her and that pool of blue eyes. She fought hard against the demon of addiction and God has delivered her to a place of unconditional love, laughter and no more pain. Watch over us Jo and smile down on us until we can hold you in our arms again. Memorial Services will be conducted at 10 a.m. on Friday, March 31, 2017, at Cave Spring Baptist Church. The family will receive friends from 2 to 4 p.m. and from 6 until 8 p.m. on Thursday, March 30, 2017, at Oakey's South Chapel. In lieu of flowers, she would have wanted donations to be made to The Bradley Free Clinic or to your local SPCA. Online condolences may be expressed at www.oakeys.com.

I'm so sorry for your loss, Joey was beautiful, caring, loving and a ray of sunshine. She loved with her heart fully and she will be greatly missed by everyone that loved her and also everyone that she encountered with. She now has peace but I wish she was still here! Yall are in my prayers 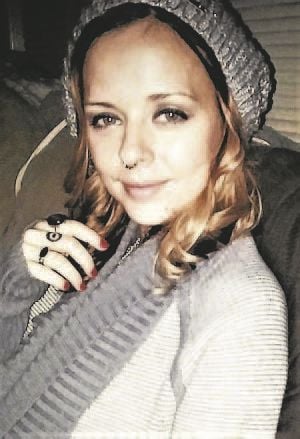