SIZER Frank J. April 21, 1936 November 2, 2019 Frank J. Sizer born April 21, 1936, passed away peacefully early Saturday morning, November 2, 2019 at the age of 83. He was resting comfortably at home, with his wife of 58 years at his bedside at the time of his passing. His worldly departure came just two days shy of them being married 59 years. He closed his eyes to his wife and opened his eyes to the face of Jesus. He was a baptized believer since the age of 8 and his family takes comfort in knowing they have the promise of salvation and seeing him made whole once again. He was a long-time member of Chestnut Grove Church, where he served in many capacities including Elder, Sunday School teacher, Superintendent, Board Chairman, as well as "Enthusiastic" Song leader and church picnic promoter. There was nothing as important to him as his relationship with his Lord and Savior, Jesus Christ. He was a humble man and was known by all who came in contact with him as having a servant's heart. He would help and give to anyone who was in need, no matter who they were or what their situation, if he was at all able. Those who knew him, also know he never used swear words, no matter the circumstance. The one and only time his family can recall him ever using a swear word was when he slammed his finger with a hammer, to which he promptly apologized to God. He was a lifelong farmer and was known for raising Hereford and Angus beef cattle. He shared his love and knowledge of raising animals with both his children and with all four of his granddaughters. His youngest granddaughter, Elena shares this interest and is especially enthusiastic about raising her show rabbits. His older granddaughters can picture him best, driving around on his green John Deere tractor in the front meadow. After working hard all day, he would always make a point to drive up on his tractor to say hello. He was a man of many skills and loved to tinker with whatever he could get his hands on and was able to fix most things with ease. He especially loved to work on televisions and other electronic things. His grandson, Angus took after him with this talent and aptitude for fixing things. He loved the outdoors and was an avid hunter and fisherman. He helped teach each of his children and grandchildren about hunting and wildlife. His granddaughter, Megan always shared his interest in hunting and with his and her father's tutelage has become an excellent hunter as well. Although hunting was one of his favorite hobbies, he was understanding of his granddaughter, Kara when she no longer wanted to hunt, and supported her in shooting pictures of deer vs shooting deer. He shared a love of photography with her and they often would go up in the woods to take pictures together. His oldest granddaughter, Michelle later shared the same interest in photography and inherited his gift of capturing special moments on film. He would have been the Valedictorian of his class of 1953 of New Castle High School, but upon realizing he would have to give a speech at his graduation, he failed a test deliberately so he would be the class Giftorian instead. Following graduating high school, he joined the Army and was selected for Officer Candidate School, but was unable to fulfill his service due to an unknown pre-existing medical condition. He was a Mason since 1971 and Past Patron of Mountain Chapter No.168 Order of the Eastern Star from 1972-1973. The family is deeply saddened by his passing, and covet prayers for peace during this sad time, but take comfort and rejoice in knowing they will all see him once again in heaven. As a dear family friend said after hearing of his passing, "Heaven becomes all the more precious to us with each passing day." We look forward to the day when we get to heaven and ask him what he's been doing up there? We know he'll say he's been doing "this, that and the other." He was preceded in death by his father; James F.F. Sizer, mother; Ruth B. Sizer, brother; Joe N. Sizer. He is survived by his loving wife, Gerlene C. Sizer, his beloved daughter; Francene R. Rock and husband Mark, son; Frank A. (Andy) Sizer and wife Catherine, grandchildren; Michelle Rock, Megan Smith and her husband Darron and Kara Rock, Angus Sizer and Elena Sizer. A celebration of life service will be held at 3 p.m. Friday, November 8, 2019 at Chestnut Grove Church with Duane Wente and Cody Rader officiating. In lieu of flowers, the family requests donations be made to the Craig County Volunteer Rescue Squad. Arrangements by Paitsel Funeral Home. www.paitselfh.com 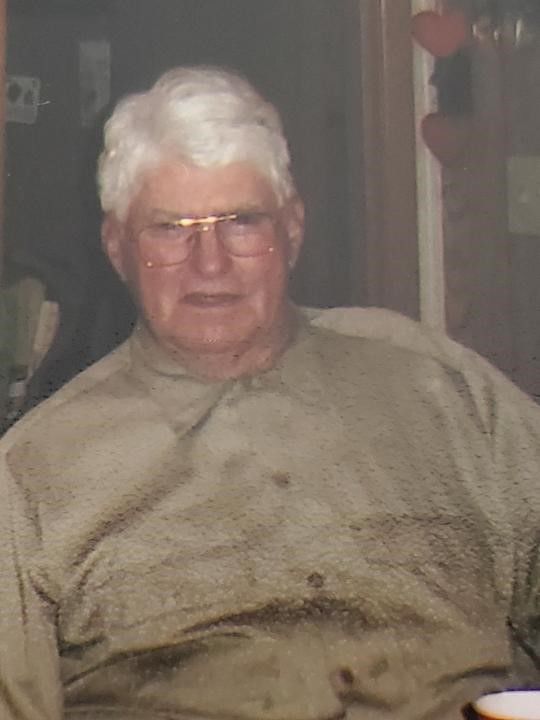