March 3, 1935 April 14, 2020 Robert "Bobby" Lee Turman, 85, went home to be with the Lord on Tuesday, April 14, 2020, at Berkshire Health & Rehab Center in Vinton, Virginia. He was born in Indian Valley, Virginia, on March 3, 1935, to the late Foster Turman and Gertie Wilson. Robert is now reunited with his bride and love of his life, Maxine Marie Martin Turman. He was also preceded in death by his brothers, D.A. Turman and Frank Wilson Jr. Robert was a proud patriot and veteran, he retired after 30 dedicated years in the United States Navy. He was also a loyal member of the Fleet Reserve and enjoyed attending numerous Ship Reunions. He was a longtime member of Barnhardt Baptist Church and he loved the Lord. Surviving him are his children, Paul Williams, Jim Williams (Debbie), Arthur Williams (Debbie), Brenda Wright (Herman), Doug Williams (Rita); sisters and brothers, Sylvia Saul, Tresa Wilson, Walter Wilson, Sherman Wilson; numerous grandchildren; great-grandchildren; nieces and nephews; special niece, Linda Donahue; special friend, Mary Dollman who helped Robert in his later years. There will be a private graveside service officiated by Pastor Joseph Peters. Military Honors by DAV Chapter 3 Honor Guard. Thank you Lotz Funeral Home Roanoke for your love and care for Robert and his family. Online condolences may be made at www.lotzfuneralhomeroanoke.com. 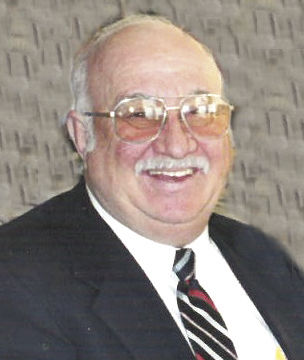