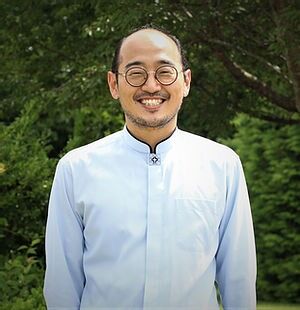 This undated file photo provided by the Virginia Department of Corrections shows the execution chamber at the Greensville Correctional Center in Jarratt, Va.

I had not thought much in my life about the death penalty; whether the judiciary system was flawless to sentence to death or if there was inequality in it.

However, once I went into prison and spent some time there, my perspectives on these matters changed.

Usually, two ministers and six inmates make up one team (a table where they sit together throughout the week). We worship together, study the Bible, and share our life stories.

I had never imagined myself sitting with the inmates at the same table, eating together, and sharing our life stories. Some of them whom I met were looking forward to getting out of the prison soon.

Some of them had no hope of going out again. After one week of friendship, I always felt that they are not much different from us.

They regret what they did wrong, but want to have a new beginning. They are a beloved son of their parents (although many of them don’t have a father in their life), a beloved husband, and a father who loves their children.

These ministry experiences have made me think of those inmates as our fellow citizens. I don’t deny their responsibilities for the crimes they committed. I trust our judiciary system, although it may not be perfect.

Moreover, we cannot deny racial disparities in the system. In 1990, the U.S. General Accounting Office reported “a pattern of evidence indicating racial disparity in charging, sentencing, and imposition of the death penalty.”

Even after the Civil War, when crimes such as rape were capital offenses for everyone, the punishment was executed only against Black people.

Fifty-six people were sentenced to death for rape or attempted rape in Virginia between 1908 and 1965 — all were Black. Our judiciary system should continue to get better for justice and equality for all.

Besides these points, however, I would like to ask myself and fellow Christians whether support for the death penalty can be justified among us.

Genesis 9:6 is often cited in support of the death penalty: “Whoever sheds the blood of a human, by a human shall that person’s blood be shed.”

This verse would lead Christians to believe that the Bible unambiguously demands the death penalty for murder. However, we remember God did not sentence to death the first murderer Cain who killed his own brother. Ironically, God put a mark on his forehead to protect him from execution.

The Old Testament law demanded capital punishment for the woman (woman only) caught in the act of adultery, but Jesus reminded her accusers of their own sins in writing something on the ground.

Jesus said to her, “I don’t condemn you. Go now and leave your life of sin.” (John 8) She was forgiven, and an opportunity for a new beginning was offered instead of her life being ended by a death sentence.

Virginia has finally discarded the death penalty. However, twenty-seven other states and the federal government still have it on the books, though a dozen of those states haven’t executed anyone in more than a decade. There is no evidence that capital punishment deters murder; in fact, murder rates are lower in states that have abolished capital punishment.

Moreover, we Christians believe that God made humans in the image of God. All of us share in God’s image, even those with moral failings. Human life is sacred. We do not show respect for human life by taking the life of the murderer — rather in doing so, we cheapen it.

Moreover, as Jesus showed us the example of forgiveness on the cross, God always forgives us and gives us a second chance. Do we humans have a right to take away that God’s given chance?

Song is pastor of Red Valley United Methodist Church in Boones Mill. If you are interested in discussing issues and topics related to social holiness/justice you can join a monthly Zoom group. Email journeywithgod0802@gmail.com

Recently my wife exasperatedly announced that she had no bandwidth left to do all she needed to get done that day. This was after she had shuf…

This undated file photo provided by the Virginia Department of Corrections shows the execution chamber at the Greensville Correctional Center in Jarratt, Va.