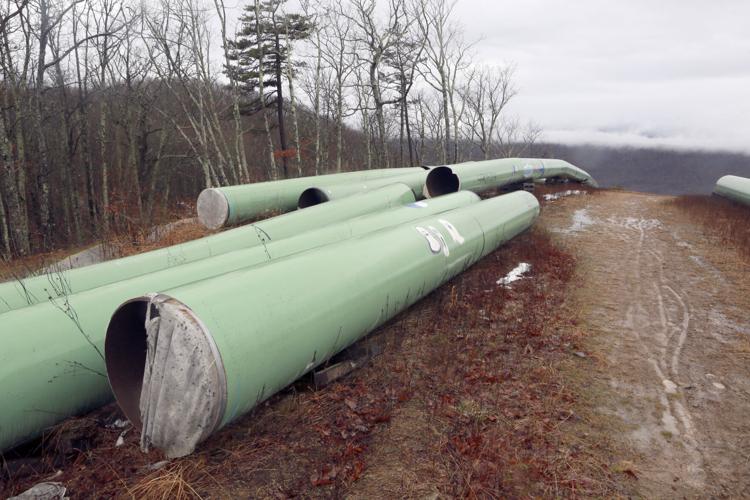 The Mountain Valley Pipeline project on Brush Mountain in Montgomery County outside of Blacksburg. 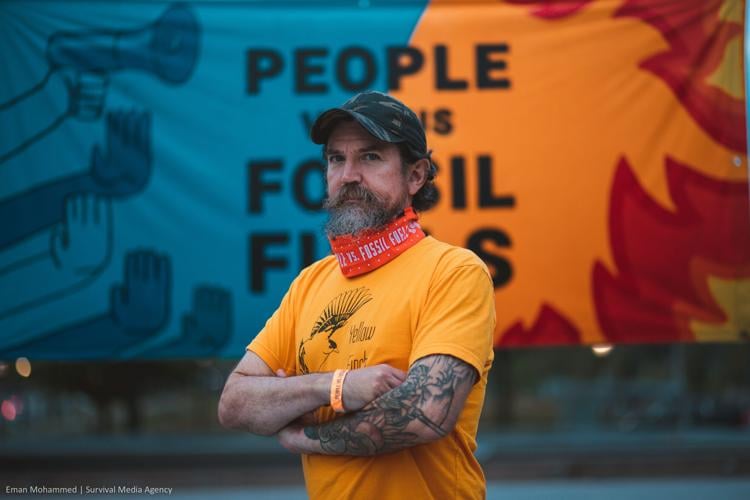 Last week, Sen. Mark Warner was touring flood damage in Buchanan County. Flooding in Southwest Virginia is exacerbated by climate change. Warner made a promise to his constituents that he will improve flood resiliency in our communities.

In the same breath, this week, Warner commented on a pro-fossil fuel, anti-climate action deal that West Virginia Sen. Joe Manchin has cooked up, saying that regulatory processes are taking too long for both fossil fuel pipelines and renewable energy projects. This statement is not only false, but it contradicts the ethos of the promise he made on flood resilience.

Fossil fuel pipelines, like the Mountain Valley Pipeline which Manchin is trying to fast track with his pipeline bill, fuel climate change. The Mountain Valley Pipeline itself is a climate nightmare. If the pipeline were to be completed and put into service, the greenhouse gas emissions may be equivalent to 19 million passenger vehicles, 23 coal plants, and account for at least 1% of all greenhouse gasses from the U.S. energy sector.

Climate change exacerbates flooding events in Southwest Virginia, and the region — as we saw in Eastern Kentucky. I have been impacted by the intensified storms and have spent the past few weeks organizing in support of my fellow Appalachians in Kentucky working neighbor to neighbor to recover from the devastation they’ve faced.

We would love to believe that our politicians in Appalachia would hear our demands to stop all new fossil fuel projects and take bold action on climate. But with politicians like Manchin, that is not the case. In the shadow of historic climate legislation, Manchin struck an agreement with Senate Majority Leader Chuck Schumer and Speaker of the House Nancy Pelosi on a dirty pipeline deal that threatens to fast track the Mountain Valley Pipeline. Some people, like Warner, have been speculating that this bill, which quickens permitting processes, is needed for renewable energy projects, as well as fossil fuel projects.

This is false. Renewable energy projects generally do not experience delays from permitting processes. The National Environmental Protection Act (NEPA), the Clean Water Act (CWA), and other environmental protections threatened by the bill are not roadblocks to permitting renewable energy. This bill will result in deregulation rather than the permitting reform that Manchin and the Democrats have stated. It has been rubber stamped by the American Petroleum Institute and is geared toward fast tracking fossil fuel projects. It specifically names the Mountain Valley Pipeline project, which Manchin is a big fan of.

But let’s be clear: there has been no regulatory slow down on this project. The Mountain Valley Pipeline has been given ample chances to prove that it is a necessary project. The years of delay and budget increases are not due to permitting delays, but rather the complete unnecessary, destructive boondoggle of a project that the MVP is.

All communities deserve input, consultation, and consent regarding projects proposed near them — especially on fossil fuel projects that will intensify climate change and impact everyone. This bill would gut key protections when front-line poor, elderly, Black, Indigenous, and communities of color are already bearing the brunt of climate change and polluting infrastructure.

If Warner is actually committed to protecting the communities he serves, he must oppose Manchin’s pipeline bill and the Mountain Valley Pipeline project. There is no future scenario in which he can protect us from climate events and fast track fossil fuel projects.

Chisholm is a longtime environmental justice organizer and Mountain Valley Watch coordinator of the Protect Our Water, Heritage, Rights Coalition, which represents individuals and groups from Virginia and West Virginia.

Nester: For the public’s benefit, finish the Mountain Valley Pipeline

Mountain Valley Pipeline (MVP) opponents continue to do a disservice to the Roanoke Valley, the Commonwealth of Virginia, and the United State…

An international relations expert joins the Utterly Moderate Podcast to assess the current state of the war in Ukraine.

John Fetterman, aspiring to be junior U.S. senator of Pennsylvania, recently held a rally in the suburbs of Philadelphia.

It comes down to process: Who controls a particular lever of power and how creatively it's used or - to those mindful of Virginia's constitution and laws - abused.

Schapiro: For Spanberger, the road back to DC runs through Richmond

Seeking a third term - in a redrawn district whose center of gravity was shifted from the suburbs of Richmond to those of Washington. D.C. - Spanberger has a convenient target in Gov. Glenn Youngkin.

U.S. Sen. Lindsey Graham, R-S.C., has proposed a national U.S. abortion ban barring the procedure after 15 weeks. This push to restrict abortion access across the country follows a rash of new state laws passed by Republicans after the Supreme Court overturned Roe v. Wade in June.

Is there no end to the mighty powers of our former President Donald Trump?

The Mountain Valley Pipeline project on Brush Mountain in Montgomery County outside of Blacksburg.