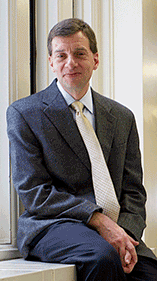 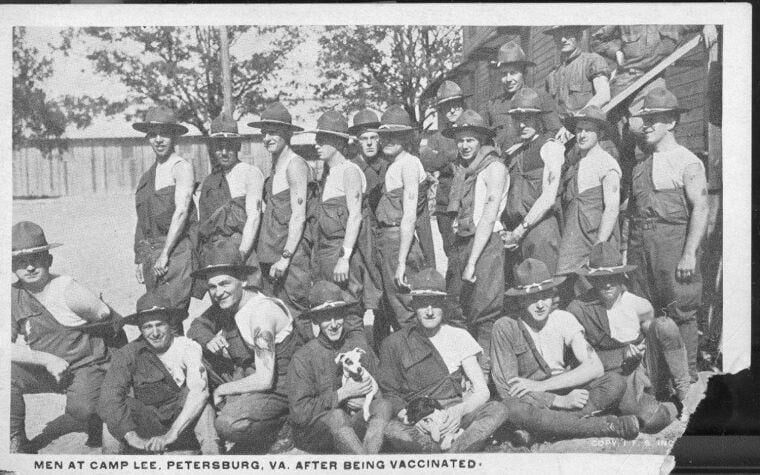 Soldiers at Fort Lee show off their vaccination scars in 1918.

In October 1918, as the influenza epidemic gripped the United States, Roanoke pharmacists sold out of a serum advertised to prevent pneumonia infections. Even as demand soared, Dr. Brownlee Foster, Roanoke’s Health Officer, offered “no positive recommendation” on a treatment declared “reputable” by the Virginia State Board of Health.

The desperate search for a vaccine in 1918 is suggestive of our experience in 2020. Both epidemics have seen a remarkable number of cases, hospitalizations, and deaths, while public health measures have constrained normal behaviors, produced economic distress, and generated considerable anxiety. Whereas health officials, physicians, and pharmacists in 1918 endorsed unproven treatments, we should be reassured by the regulation, transparency, and consistency that have characterized vaccine development in 2020.

Within weeks of the first cases appearing in late September 1918, the Virginia State Board of Health recommended a vaccine developed by Dr. Samuel Budd, of the Virginia Medical College. Newspapers across the state endorsed this recommendation with encouraging headlines: “New Serum That Works Wonders” and “Try Budd’s Vaccine.”.

A closer look at the evidence, however, raises questions about these claims. An Initial report indicated that Budd tested a serum drawn from convalescents on just seventeen patients, four of whom died, while a later report referred to twenty patients with two deaths. Despite these limited tests and uncertain outcomes, the serum “declared by prominent and conservative physicians to be little short of miraculous.”

Virginia physicians tested this unproven treatment on their own patients. In Toana, Dr. Stephenson administered the” streptococcus-staphylococcus vaccine” with “marvelous results.” In a letter to the Virginia Medical Monthly, Stephenson claimed that every patient who received the vaccine within twenty-four hours of showing symptoms of pneumonia was “practically well” within two days.

At Camp Lee, located near Richmond, two hundred soldiers were inoculated against pneumonia in early December. A postcard showing men displaying vaccine reactions illustrated how “preventive” measures were being administered and celebrated even as the epidemic gradually came to an end.

Did vaccines work during the 1918 epidemic? Already in late October, Surgeon General Rupert Blue conceded that none of the vaccines had proven their efficacy in containing the epidemic. A front page headline in the Richmond Times-Dispatch made this point clearly: “No Proof Yet to Show Vaccine is Effective.” Despite enthusiastic reports from researchers and physicians, subsequent scientific studies concluded that while serums prevented development of pneumonia, and thus likely prevented some deaths, no vaccine either prevented or cured influenza.

Comparing epidemics in 1918 and 2020 should provide reassurance to the American public regarding Covid-19 vaccines. In contrast to self-reported and limited experiments in 1918, we now have access to vast amounts of testing data for each stage of review. We also have health experts discussing how these vaccines have been reviewed and approved. Careful consumers of health news should be reassured by this process.

Plans for distributing the Covid-19 vaccine, with priorities assigned to health care workers and the elderly, provides a stark contrast to the situation in 1918, when physicians and pharmacists decided arbitrarily who got the vaccine. While the distribution process will be complicated in the months to come, and shortages may occur, the transparency about the process should ensure that the Covid-19 vaccine will be directed to those with the most need.

Finally, the photograph of Camp Lee soldiers displaying their vaccine marks will likely be repeated in the weeks to come, as political leaders, health officials, and even celebrities are recruited to receive vaccines in public events. These efforts to address vaccine hesitancy must be done deliberately, publicly, and on the basis of trusted scientific evidence.

Most importantly, we need to follow good health advice from a century ago about combining vaccines with other proven measures. In October 1918, Foster stated that while a vaccine would be “the nearest approach to an absolute preventative,” other measures were also essential: keeping at least three feet apart from others, avoiding crowded spaces, making sure rooms are well ventilated, and wearing masks “in the presence of those afflicted.”

Even as we eagerly await the distribution of Covid-19 vaccines across the country and the world, we must continue following public health guidelines to contain the further spread of this disease. Masks, social distancing, ventilation, and good hygiene will be even more important in preserving community health in the coming months.

Ewing is a professor of history at Virginia Tech.

I am a hunter and a recreational shooter. I take full responsibility for my personal security. I’m a law-abiding gun owner.

Will: The D.C. statehood pretense

WASHINGTON—The Democratic-controlled Congress will soon try to transform part of the District of Columbia, which today is about one-eighteenth…

Gibson: What should we learn from Windsor traffic stop?

When will Virginia stop beating and abusing our Black motorists?

Johnson: The power and importance of primary season

We’re in primary season, so all Republicans are at their peak of being a “conservative champion of truth, justice, and the American way.”

Soldiers at Fort Lee show off their vaccination scars in 1918.