Rep. Jamie Raskin, D-Md., a member of the House Judiciary Committee and the House Oversight Committee, is joined from left by Rep. Elaine Luria, D-Va., Rep. Stephanie Murphy, D-Fla., and Speaker of the House Nancy Pelosi, D-Calif., as she announces her appointments to a new select committee to investigate the violent Jan. 6 insurrection at the Capitol, on Capitol Hill in Washington, on July 1, 2021. 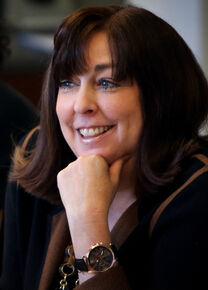 One year ago, a violent, racist mob stormed the U.S. Capitol in a brazen attempt to overturn the 2020 election.

We deserve the truth about the causes behind the attack that left numerous fatalities and many others seriously injured. However, the reverberations from the attack on our democracy continue beyond Jan. 6.

Since the 2020 election, at least three election-related threats have continued:

1. the former president’s “Big Lie” about who won and the specter of partisan election sabotage;

2. many Republican state legislators trying to silence voters with restrictive barriers to voting;

3. newly gerrymandered maps, largely intended to silence and dilute the voices of Black and brown voters, who have made up a large share of the country’s population growth since 2010.

Additionally, some partisan officials continue to spread disinformation that undermine confidence in the 2020 election and might discredit future elections.

To overcome these attacks on our democracy and to preserve the ability to have our voices heard, Congress must do whatever it takes to strengthen our fragile democracy and our freedom to vote.

The House of Representatives has done its job and passed several critical reforms to protect our democracy — the For the People Act, the John R. Lewis Voting Rights Advancement Act, D.C. statehood, legislation to create an independent commission to investigate the insurrection, and the Protecting Our Democracy Act — which would all protect our freedom to vote or strengthen ways to hold power accountable.

The Senate Democrats have tried to advance much of this legislation, but Senate Republicans have continually blocked even debating these measures.

The bipartisan Jan. 6 Select Committee also is doing significant work. It has collected more than 30,000 records, received information from more than 300 witnesses, and uncovered significant evidence about the insurrection. Text messages revealed that Donald Trump’s own family, conservative pundits, and Fox News hosts were encouraging Trump to stop the insurrection and violence in real time.

The insurrection was an assault not only on our democracy but also against truth and the rule of law. If we don’t fully uncover its root causes, history likely will repeat itself. The truth is vitally important to establish at a time when many — even some members of Congress — are trying to whitewash the vicious attack by a mob bearing Confederate flags, bear spray, cudgels, and zip ties, with bombs and weapons caches nearby.

Meanwhile, some partisan officials aren’t even trying to hide their playbook. Last year, 19 states passed 34 bills to make it harder for some Americans to vote and to rig the rules to stay in power. This year, partisan legislators will again to try to make it harder for people, especially Black and brown voters, to have their voices heard.

Additionally, reforms to the antiquated Electoral Count Act are very much needed. The 1887 law governs how electoral votes in presidential elections are cast and counted. It’s been relatively unnoticed because the process has been mostly ceremonial until 2020.

Rep. Zoe Lofgren, D-Calif., and other Select Committee Members are working to strengthen that law to close loopholes that could be exploited to sabotage elections.

Our country has survived the Civil War, two world wars, the Great Depression, the Great Recession, and many other hardships along the way.

Although many have been left behind or left out during those struggles, we must expand our efforts for an inclusive democracy so that it lives up to its promise. We survived the insurrection and a coup attempt last year. Can our democracy withstand another attempt in the next presidential election? We cannot afford to find out.

The Senate must immediately pass pending legislation that has already passed the House before it’s too late and work closely on reforms to the Electoral Count Act.

Majority Leader Chuck Schumer has indicated the Senate will again take up voting rights when it reconvenes.

No Senate rule, including the filibuster, should stand in the way.

Our democracy is resilient, and I am confident that with continued action and demands from millions of Americans, Congress can and will take meaningful action to strengthen it.

Flynn is the president of Washington, D.C., based voting rights advocacy group Common Cause.

Rep. Jamie Raskin, D-Md., a member of the House Judiciary Committee and the House Oversight Committee, is joined from left by Rep. Elaine Luria, D-Va., Rep. Stephanie Murphy, D-Fla., and Speaker of the House Nancy Pelosi, D-Calif., as she announces her appointments to a new select committee to investigate the violent Jan. 6 insurrection at the Capitol, on Capitol Hill in Washington, on July 1, 2021.