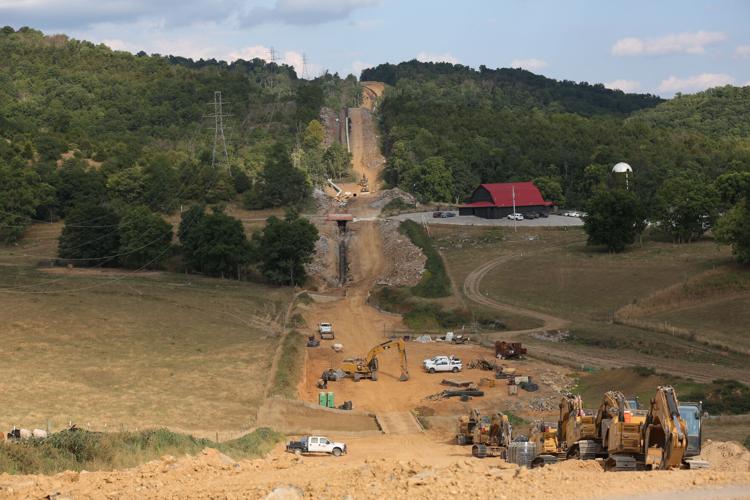 Construction of the Mountain Valley Pipeline comes through Doe Creek Farm in Giles County in a photo taken Aug. 15. 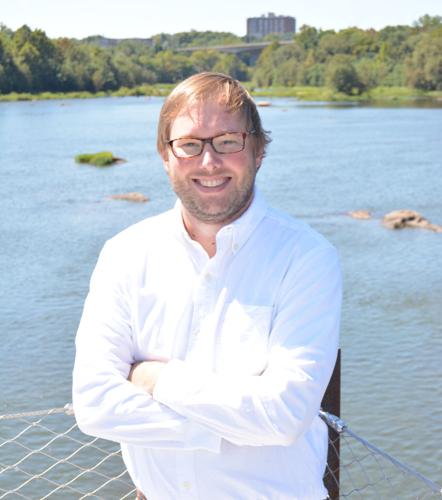 Note: The State Water Control Board will meet Dec. 14. Because of publication delays, the time period cited for when the meeting will take place was out of date in the original version of this commentary, which has been updated.

In the historic village of Newport in Giles County, instead of the normal welcome signs you see in rural Virginia, pointing you to local eateries, museums, and attractions, visitors are instead greeted with a different message: A full size billboard with bold type reminding them that they are “Entering the Pipeline Blast Zone.”

The cleared Mountain Valley Pipeline right-of-way runs slam through the middle of this small village, just a stone’s throw from peoples’ homes, churches, and small businesses. The “blast zone” referenced in the can’t-miss billboard refers to the area that would be incinerated from an explosion here — homes, buildings, and all their occupants included.

In the next few weeks, state regulators have one last chance to reject this destructive, unnecessary, and dangerous project before the worst-case scenario looming over Newport ever has a chance to become reality.

Friday, Dec. 3 the Air Pollution Control Board took a positive step forward by denying MVP a permit it needed to power a compressor station in Chatham, near existing fossil fuel infrastructure that’s already a source of pollution in a historically Black community in Pittsylvania County.

If a compressor station emitting round-the-clock air pollution, light, and noise in a majority-Black community to power an unnecessary and destructive pipeline sounds familiar, that’s because it is.

Jan. 7, 2020, the Fourth Circuit of U.S. Court of Appeals tossed out a similar permit issued for Dominion Energy’s now-defeated Atlantic Coast Pipeline, which had targeted Union Hill in Buckingham County — a majority-Black community founded by freed slaves — to build a toxic compressor station. In this landmark case, the Fourth Circuit ruled that “environmental justice is not merely a box to be checked,” adding that the Air Board’s “failure to consider the disproportionate impact on those closest to the Compressor Station resulted in a flawed analysis.”

It appears that the Air Board learned from the mistakes they made in Union Hill, taking into account the very real environmental justice implications of this project, its cumulative pollution burden when emissions from the Transco station are taken into account, and laws passed by the General Assembly intended to prevent this type of disproportionate environmental impact.

In about a week, the State Water Control Board has the opportunity to further restore trust in our regulatory system and show it has learned from past mistakes. In mid-December, the board will vote on whether to allow MVP to cross hundreds of Virginia waterways — a decision that federal decision-makers are awaiting to issue final permits allowing the pipeline to cross the Jefferson National Forest and to bore underneath larger waterways in its path.

It’s worth noting that MVP has already run afoul of Virginia’s water protection laws more than 300 times, at some points racking up multiple violations per day. They were fined heavily for failing to control erosion and sediment in the past, and now want state regulators to trust that they’ll do a stand-up job with the precarious task damming up wetlands, creeks and streams, and trenching through these water bodies, without harming the environment or the many endangered species that lay in their path, all while Virginia’s seeing increased rainfall and extreme weather.

The draft permit before the Water Board offers no assurances that this work will be done in a way that minimizes environmental impact and protects water quality. And if they issue this permit, they will be the lone permitting agency to sign-off on this destructive project — North Carolina has already rejected these efforts in their state, and the Environmental Protection Agency has advised the U.S. Army Corps of Engineers not to issue their water-crossing permit, citing a number of “substantial concerns” with MVP’s application — concerns that the Water Board should keep top-of-mind leading up to December’s hearing.

Citizen boards in Virginia play a critical role in regulatory decision-making. These bodies exist to help remove politics from decision-making, to conduct business in a transparent manner, and to ensure the public has a chance to make their voices heard. And in many ways, this can be a thankless job.

In this case, there is simply not a justifiable reason to grant MVP the permits it’s seeking from the state. The developer has shown itself to be a bad actor, there is robust, overwhelming public opposition to this project — with court precedent echoing the same concerns — and serious environmental justice implications that can’t be ignored, as the Air Board vote demonstrated.

The Air Board has already made the right call. We all will be watching with hope that our state’s Water Board instead makes the right decisions for our environment and for the citizens in this project’s path.

I’m sure everyone who calls the village of Newport home will be watching as well.

Lee Francis serves as deputy director of the Virginia League of Conservation Voters. Originally from Nelson County, Francis now resides in the Richmond area. You may contact him at lfrancis@valcv.org.

Before his School Board pick was sworn in, Hanover County Supervisor Canova Peterson rallied to the defense of Johnny Redd.

Long: Foster parents can change lives for the better

We spent the other night with two cute little visitors. One spent most of his time lining up magnetic trains across the living room and laughi…

Roanoke’s Welcoming Week (Sept. 9-18) celebrates the people in our diverse and inclusive community. As part of the national network of Welcomi…

Richard Kyte: Here’s why we shouldn’t give up on churches

Commentary: Too many people no longer see religion as essential to their understanding of living a good life.

Why do Americans have so much respect for small businesses? | The Ethical Life podcast

🎧 How do ethics fit into our decisions about where to shop and work?

What’s the matter with Kansas?

I’ve been on a two-week vacation in Rome, and one of the great things about being in a foreign country where they have real problems to worry …

Schapiro: For pol-turned-prez, higher ed was a start-up

Construction of the Mountain Valley Pipeline comes through Doe Creek Farm in Giles County in a photo taken Aug. 15.