Goodfriend: The Kandinsky Trio takes a final, pandemic-delayed bow
Share this
{{featured_button_text}}
1 of 2 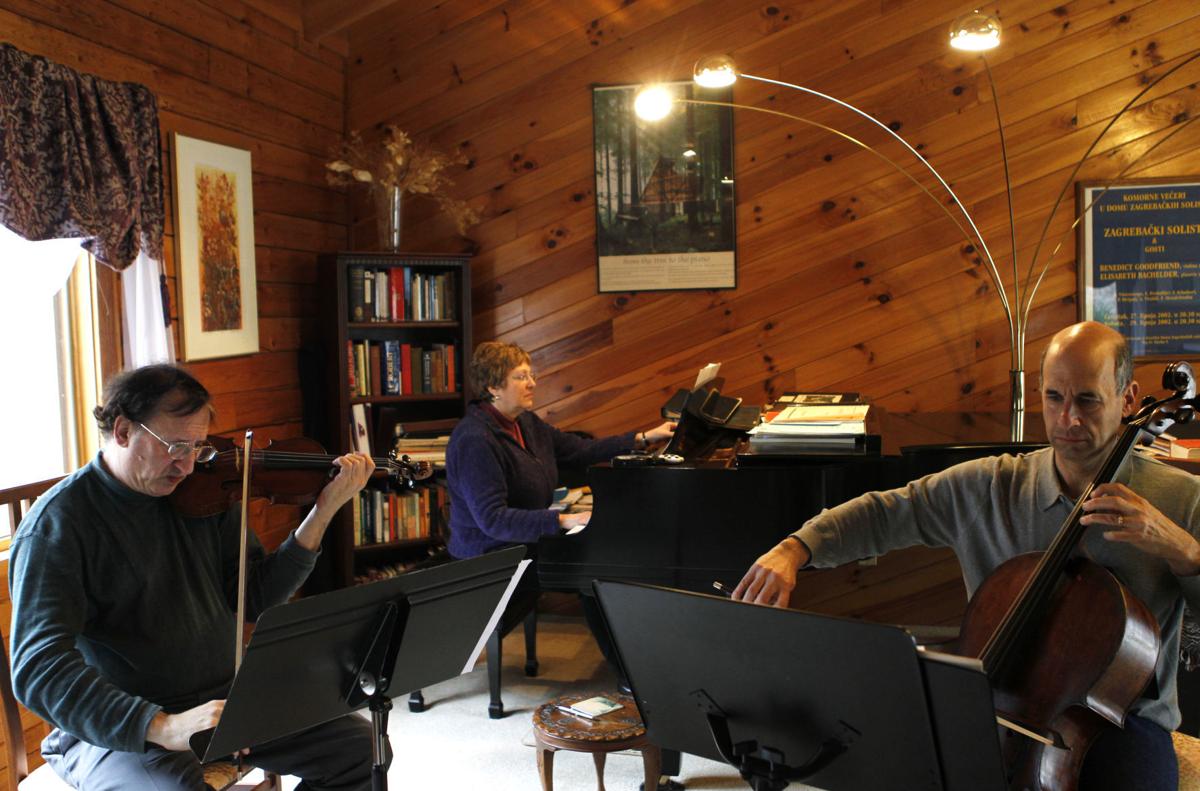 In 2013, Benedict Goodfriend (from left), Elizabeth Bachelder and Alan Weinstein, otherwise known as the Kandinsky Trio, practiced in Bachelder’s Roanoke County home in preparation for the final concert of their 25th season. 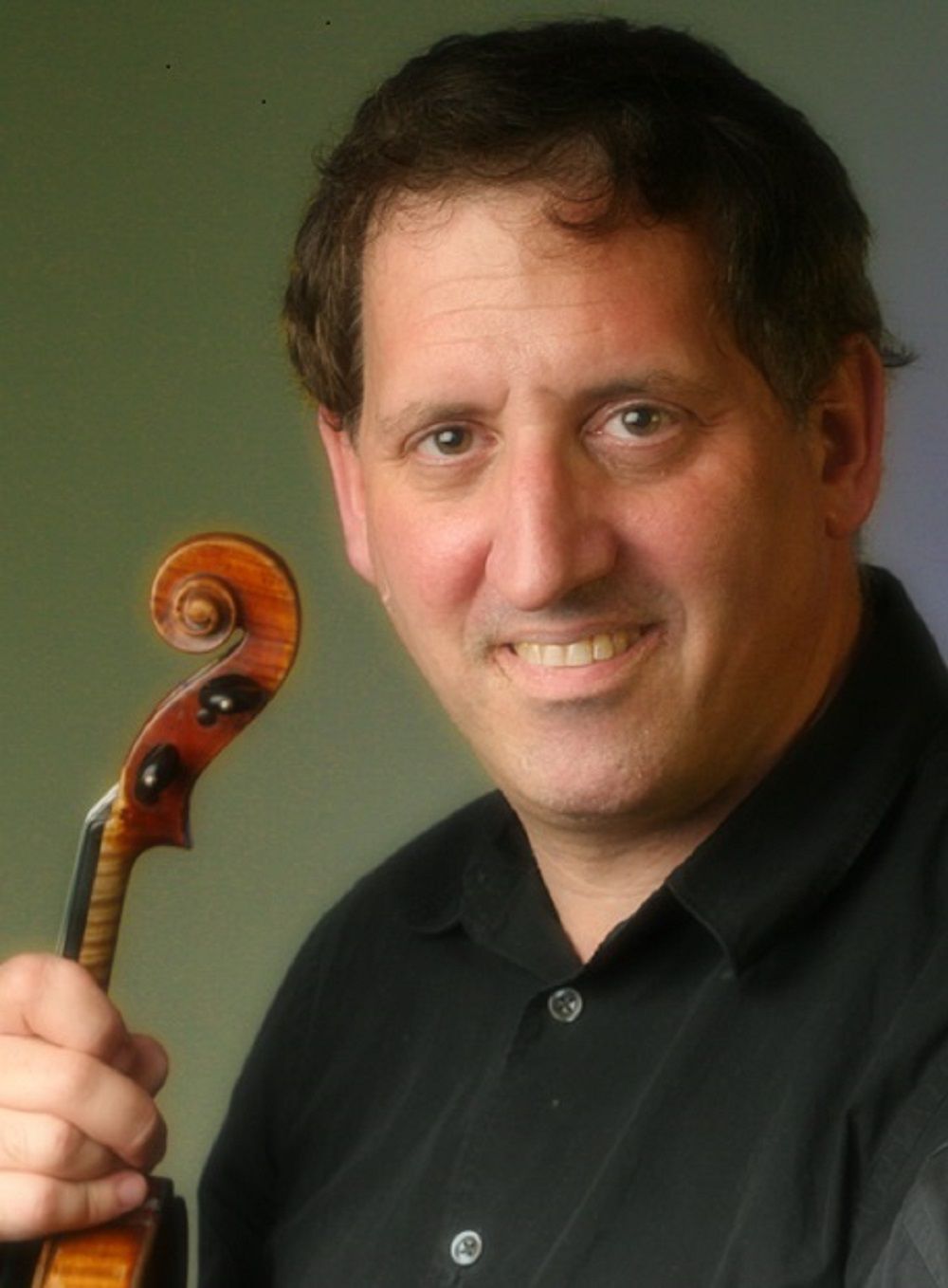 Many of you know by now that the Kandinsky Trio has ended its 32 year run. This was originally planned for April of 2020. But COVID intervened.

The Trio was formed in the Roanoke Valley and for me, relocating to the area, just out of college, to be part of starting an ensemble from scratch was risky. Fortunately my wife Jane Wang (then my fiancee) was able to procure a spot in the newly formed core group of the Roanoke Symphony to play principal second Violin. (The orchestra saw fit then to pay a full time salary to some of its musicians.)

Establishing a nationally successful chamber ensemble is a daunting task. And reflecting upon the start of our career, it is clear to me that our chances would have been bleak were it not for some extraordinary individuals, an extraordinary college, and a rare community that displayed such enthusiasm and passion for the arts within its midst: the Greater Roanoke Valley.

The establishment and longevity of our residency at Roanoke College was very much due to the support of three of its presidents, Norman Fintel, David Gring, and Mike Maxey. Mike was a major supporter of the Trio, beginning when he was assigned to us (while a young staff member of the development department) to help our fundraising, and then throughout his historic ascension to the presidency itself.

No arts organization can flourish without media attention, and a list of journalists and editors at The Roanoke Times were enormously helpful. Early on, Jeff DeBell, through his columns on the local arts, favored us with attention even before we had much of a resume to brag about. Nancy Gleiner, Kevin Kittredge, and Mike Allen were all generous in their coverage. Television spots from Patrick Evans and Connie Stevens were very helpful and WVTF’s Seth Williamson welcomed me for numerous interviews as well as penned our first reviews.

And of course our life blood has been the public, the more than generous donors, the enthusiastic concert goers. So many became more than supporters, they became our friends. Many remain cherished friends and those no longer with us are greatly missed.

The warmth, acceptance, and attention that we received from our local base was even more valued as we pursued our ambitions for national and international touring careers. Our big break came winning the Chamber Music America Residency Award that made us sought after by national management.

No sooner had we signed with Baylin Artist Management in Philadelphia then we were caught up in a maelstrom of touring that brought us in just a few years to over 30 U.S. states. We found ourselves appearing on prestigious concert series at major venues: the Concert Society at Maryland, Stoneybrook’s Staller Center, New York’s Miller Theatre Presents, the Portland Concert Association, Tampa Bay Performing Arts Center, the Wharton Center in Michigan, Interlochen’s Visiting Artist Series, Great Performances at Vanderbilt, Spivey Hall Presents, The University of Massachusetts, the University of New Hampshire, Penn State, Purdue University. We frequented the chamber music societies of Troy, Bethlehem (Pennsylvania), Oyster Bay, Tulsa, Oklahoma City, Little Rock, Palm Beach. We were written about and received rave reviews in major publications (along with a few not so good reviews). Our interviews, recordings and live concerts were broadcast over National Public Radio as well as hundreds of classical music stations.

All of this is a testament to the community that birthed and sustained us and our gratitude is unbounded. I would be greatly remiss not to offer my own heartfelt thanks to my two extraordinary Trio colleagues, Alan Weinstein and Elizabeth Bachelder, musical kindred spirits whose shared goals and musical commitment allowed for a journey that spawned one of the longest running touring ensembles with original members on record. We always intended to go out at the height of our powers and while still working well together. Indeed we all have other interests we are anxious to pursue (mine being more focus on my solo violin playing).

When inevitably asked for the reasons behind our decision, I am reminded of the old Vaudeville joke about the 95 year old Jewish woman in divorce court. The Judge asks her how long she has been married and she says “I have been married to my dear Sidney 70 years this past Hanukkah.” And the judge says, “Good heavens, married 70 years, and to the same man? Why on earth do you want a divorce now?” — to which she replied “Enough is enough”.

Walker: How we got here, how we can move forward from targeting transgender youth

Misinformation, controversy and legal battles that target transgender young people are on the rise. It’s no accident.

Williams: 'My story is their story, too': Gayle Jessup White, a descendant of Thomas Jefferson and Sally Hemings, reclaims her heritage

An insatiable desire to learn her family’s story landed Gayle Jessup White at Monticello, a place she describes as “the epicenter of the American paradox.”

In 2013, Benedict Goodfriend (from left), Elizabeth Bachelder and Alan Weinstein, otherwise known as the Kandinsky Trio, practiced in Bachelder’s Roanoke County home in preparation for the final concert of their 25th season.