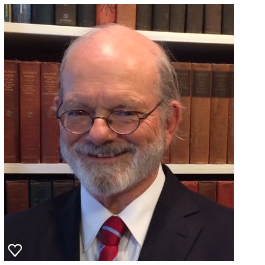 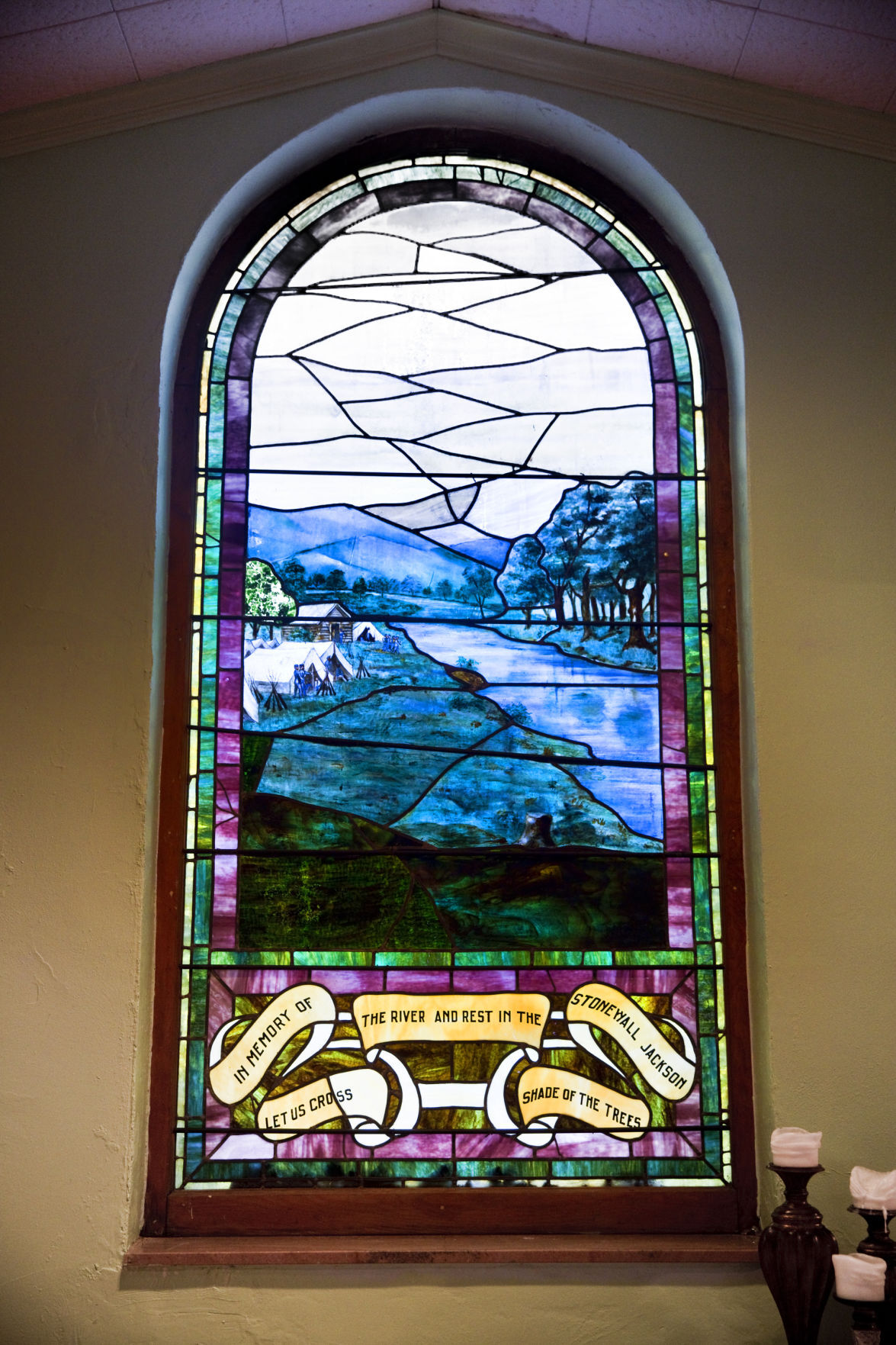 This window at Fifth Avenue Presbyterian Church, a Black church in Roanoke, depicts a military encampment along a river. The lower inscription reads “In memory of Stonewall Jackson. Let us cross the river and rest in the shade of the trees.”

Hagan is an attorney in Fincastle.

As we pass a milestone in the moral progress of the United States beyond which the military exploits of Confederate Gens. Robert E. Lee and Thomas “Stonewall” Jackson will no longer be publicly celebrated without calling shame and disgrace on the celebrants, Washington and Lee University, and the City of Lexington, Virginia would do well to stand fast in honoring the civic virtues of citizen Robert Lee and citizen Thomas Jackson.

There are several dimensions to the public veneration of Lee and Jackson by a (shrinking) minority of white Virginians. One of them is worthy, not of veneration, but of continued commemoration. The life that Jackson led in Lexington before the Civil War, and the life led there by Lee afterwards are worthy to be commemorated as timeless exemplars of the human virtues of justice, prudence, fortitude, temperance, and charity.

In the 1850s Thomas Jackson was a college professor and elder of the Lexington Presbyterian Church. He steadfastly defied the spirit of the Virginia laws that criminalized literacy among slaves by organizing a Sunday school for slaves where they learned to read, and he persuaded owners of the slaves to join his defiance by allowing them to attend. (Still it was the slaves who bore the risk. The statue outlawed “every assemblage of negroes for the purpose of instruction in reading and writing,” but the only penalty provided was that “any negro” in such an assemblage would be beaten bloody and permanently mutilated with a weighted whip.)

Jackson’s citizenship toward African Americans is commemorated by the extraordinary stained- glass window that was installed in 1906 in the Fifth Street Presbyterian Church on the black side of the segregated City of Roanoke under the leadership a pastor born as a slave whose parents had learned to read in Jackson’s school. The scene is a river winding toward the Blue Ridge mountains, with an army camp in a meadow, and a peaceful forest on the other side. Inscribed are Jackson’s last words as he approached death from pneumonia, “Let us cross the river and rest in the shade of the trees.”

After the bloody defeat of the Confederacy, citizen Robert Lee honored better than most Americans the call to virtue that Abraham Lincoln had made in his Second Inaugural Address a month before the surrender at Appomattox.

Lincoln said, “With malice toward none, with charity for all, with firmness in the right as God gives us to see the right, let us strive on to finish the work we are in, to bind up the nation’s wounds, to care for him who shall have borne the battle and for his widow and his orphan, to do all which may achieve and cherish a just and lasting peace among ourselves and with all nations.”

Citizen Lee was a model of temperance, fortitude and the kind of self-conscious humility that was admired by the Roman Stoics, and by the wealthy white men of Virginian who had been schooled to emulate the Romans. He himself did nothing to encourage the invention of the mythological figure of an unvanquished warrior.

Rather than cash in on his fame and social connections, prematurely frail at age 58 from severe heart disease, citizen Lee lived his last five years as president of Washington College in Lexington.

Drawing on his experience as superintendent of West Point, citizen Lee transformed a college that had schooled young men from the pyramid-pinnacle of Virginia’s slave-based economy in ancient Greek and Latin, and in the literature of ancient Greeks and Romans.

To fit young men (yes, women were excluded in 1865-1870) to be productive citizens in the modern American economy he added departments in modern languages, chemistry, advanced mathematics, natural history, and mining engineering.

He incorporated the local law school into the university and launched a short-lived (and later revived) school of journalism. And he toiled to raise funds to pay for the new departments. It is fair to say that citizen Lee did his part to ‘bind up the nation’s wounds’ – after he had done his part to inflict them.

The City of Lexington has already begun to shun public celebrations of fantasy figures of Confederate heroes and their imaginary Lost Cause. W&L should rededicate its campus and culture to commemorate citizen Lee’s contributions toward “a just and lasting peace among ourselves”.

(The question of whether or not to stop celebrating the exploits of Confederate soldiers could be existential for the Virginia Military Institute.)

This window at Fifth Avenue Presbyterian Church, a Black church in Roanoke, depicts a military encampment along a river. The lower inscription reads “In memory of Stonewall Jackson. Let us cross the river and rest in the shade of the trees.”