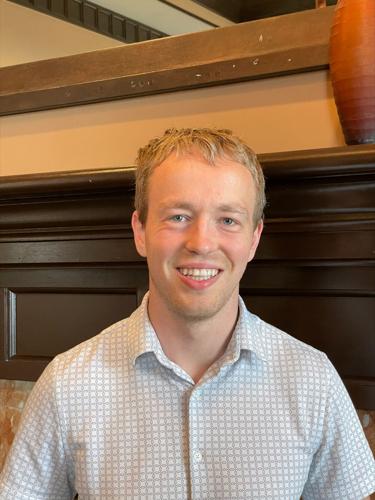 Virginia’s 6th District has been dominated by the same political machine since 1993. In that time, our district has had just two congressmen. The second congressman, Ben Cline, was chief of staff to the previous congressman.

Rep. Cline has never faced a primary challenger. He was installed as his boss’s successor in a convention and without the input of voters.

Ironically, Rep. Cline talks about wanting to drain the swamp. Well, I’m here to help him do that. I’m Merritt Hale and I’m running to bring new leadership to our 6th district. There are two main staples of leadership I will to bring to the office which aren’t currently being employed: proactive leadership and servant leadership.

Whether dealing with foreign policy issues or issues at home such as ballooning inflation impacting everything from gasoline to grocery costs, we need leaders who will proactively address issues before they become problems.

On my website, I provide pro-active solutions to problems we are facing. Ben Cline is a reactionary politician who addresses every issue by blaming Biden, Pelosi or the Squad. He blamed Biden for the invasion of Ukraine but espoused the same solution as Biden before the invasion! Taking American deterrence off the table by guaranteeing no American response resulted in disaster.

Ronald Reagan had a superior approach with peace through strength. Cline-Biden had it wrong with strategic weakness.

Rep. Cline never addressed our need to be energy independent or any of the other issues that the war would exacerbate. Russia has leveraged their oil reserves, causing our petroleum prices to soar and inflation has skyrocketed, leaving our citizens to try to navigate an increasingly rocky economy. I addressed all of these issues prior to the Russian invasion of Ukraine. I’m tired of reactionary politicians who do nothing but blame others, yet provide absolutely no solutions or leadership.

Rep. Cline also has flipped-flopped on Ukraine more times than I can count.

Most recently he voted to send $40 billion of taxpayer money to Ukraine for a war that could have been prevented in the first place. His vote is all the more confusing because Rep. Cline often votes against programs that could help Americans at home.

For example, Rep. Cline takes credit for supporting the PAWS Act on his website. While he co-sponsored the bill, he voted against the final legislative procedure that resulted in the PAWS Act’s passage, making his co-sponsorship meaningless when it mattered.

The PAWS Act will only cost $10 million over four years and help wounded American veterans by providing them service dogs. I’ve personally seen how veterans aren’t receiving the care they deserve for protecting our country. I have friends who have died in service to this country, and I have people close to me who suffer from PTSD.

While I believe we should help Ukraine, there are far more effective ways to do so than a $40 billion giveaway when Americans are struggling with high gas prices, inflation and a baby formula shortage.

In addition to proactive leadership, we also need servant leadership.

This means we need leaders who are willing to stand up for what they believe in and be transparent with their constituents. Rep. Cline has scheduled just three in-person town halls since 2020.

He has refused to debate me. How can he stand up to the politicians in Washington if he refuses to debate me or face his own constituents?

When I’m elected, I will hold regular town halls, I will sincerely listen to the voices of my constituents, and I will be transparent and consistent in my goals for moving forward.

If you’re going to hide behind the establishment and refuse to debate your opponent, it is clear that you’re not working for the people you represent, you’re in it for yourself. That’s not the type of leader our 6th District needs.

We need a servant leader who has a backbone and who will actually stand up and fight for our district.

My background as a U.S. Navy veteran, a systems engineer, and a Washington outsider will bring a unique perspective to Congress and our country’s overall health.

I encourage all registered voters in the 6th District to please go vote on June 21, because that’s the only way to effect change and get new leaders in office.

Otherwise, we will be back with the status quo and the 14% approval ratings of a do-nothing Congress.

Sometimes, the overwhelming nature of a large complex problem impedes its resolution. That could certainly be true with the mental health cris…

Why is gender therapy for children such a difficult topic? | The Ethical Life podcast

🎧 How to think about acceptance and treatment when discussing gender-affirming care  for kids.

We’ve all witnessed the severe, at times deadly dangers of misinformation campaigns.

President Joe Biden has talked a lot about “Made in America” — and creating 10 million clean energy jobs. However, he’s just made a serious er…

Long: Virginia could be a leader in the fight to end human trafficking

Earlier this month Gov. Glenn Youngkin signed a series of bills designed to fight the scourge of human trafficking in the commonwealth. Now no…

Williams: Racism is a public health crisis. So is the Virginia health commissioner's racism denial.

"This sort of denial characterizes so much of the political right's approach to problems, from racism, to gun violence, to climate change to the existential threat to our democracy," writes columnist Michael Paul Williams.

I watched one of my favorite movies the other night, “Quo Vadis.”