Herring: Trump asked ‘what do you have to lose?’ 2020 showed us just how much
5 comments
Share this
{{featured_button_text}}
1 of 2 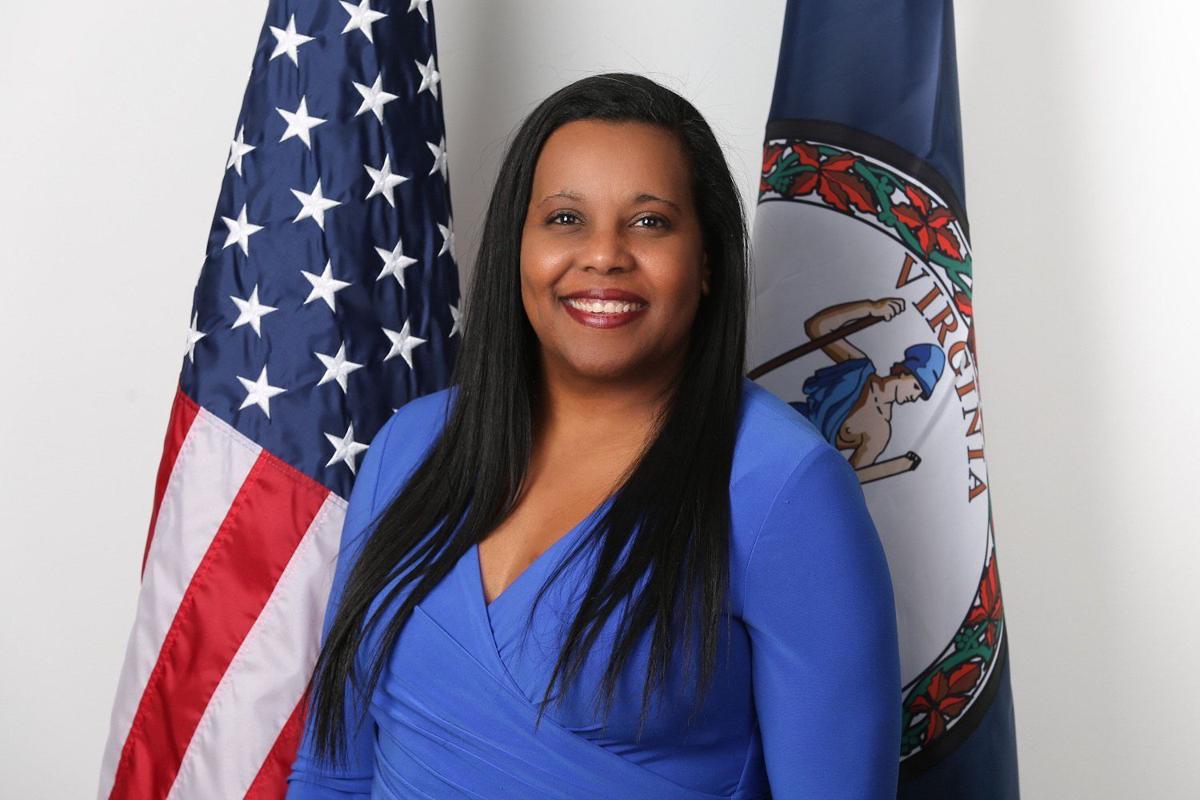 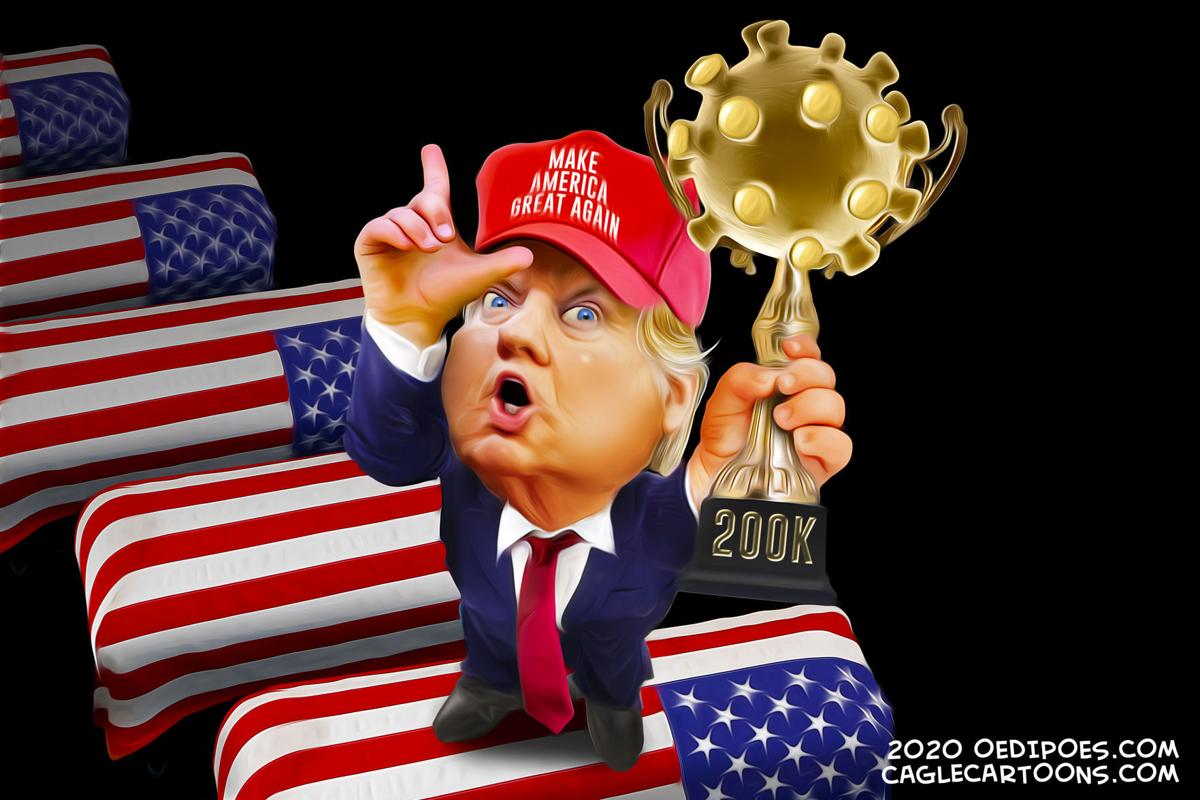 Charniele Herring Herring is a Majority Leader of the Virginia House of Delegates. She is a Democrat from Alexandria.

Herring is a Majority Leader of the Virginia House of Delegates. She is a Democrat from Alexandria.

Whenever Donald Trump thinks he’s talking to Black voters, the question he loves to ask is, “what do you have to lose?” The answer to that question has always been obvious, but never quite as clear as it is right now: just about everything. The crises of this year — an ongoing public health emergency, economic recession, and continued violence of racial injustice — are the direct result of a president who does not see it as his duty to protect every American. Instead, Trump has spent his time in the White House enriching himself and the privileged few around him at the expense of others. Meanwhile, the rest of us — and Black Americans in particular — are suffering through crises fueled by systemic injustices the president both refuses to address and benefits from.

As the 200,000th American succumbs to COVID-19, we need to be honest and clear about who this pandemic is hurting the hardest. There is nothing about the virus that makes it inherently more deadly or contagious to Black and Brown people. But the same systemic injustices that drive housing segregation, a higher maternal mortality rate, a shameful racial wealth gap, and other inequities are behind the disproportionate effect COVID has had in the Black community. Black Americans are nearly five times more likely to be hospitalized than our white counterparts due to the virus, and more than twice as likely to die from it. In Virginia, Black and Latino populations make up a disproportionate amount of COVID cases across the Commonwealth.

COVID has not only exposed inequalities in our health care system, it’s laid bare the economic inequalities that have caused Black Virginians to suffer more during the recession the president triggered. The first jobs to go in any downturn, including this year’s, are typically the sub-living wage jobs occupied by people of color. The unemployment rate for Black Americans as of last month was 13 percent — about five points higher than the national rate, and nearly twice as high as the unemployment rate for White Americans.

Meanwhile, Black workers who have kept their jobs are far more likely to be in “front line” professions that have been deemed essential, jobs like child care or social services and public transit, where there is the expectation that they will continue to put themselves in harm’s way without an extra dime in hazard pay.

The driving force behind these disparities is the same systemic racism that plagues our justice system. The high profile murders of Black Americans at the hands of police officers have rightly drawn sustained outrage and attention, but they represent just a small fraction of the daily violence and injustice Black Americans face in our legal system. To make things worse, Trump has only inflamed racial division in our country. He calls protestors marching for racial justice “thugs” and threatens to send in the military to shoot them. He demonizes Black women leaders like Sen. Kamala Harris and Mayor Muriel Bowser. And his administration intentionally took COVID outbreaks less seriously when they first hit Democratic cities and states — where the majority of Black Americans live.

We need to turn the page to a better chapter, and luckily, we can do that with Vice President Joe Biden. Biden understands how to bring our country together. He knows that if we work together, we can defeat this virus, and he has a plan to do so, one that starts with listening to science, safely distributing a vaccine, and building our economy back better than it was before.

And Vice President Biden knows that when we do come out of this, we need to work to address the imbalances that left communities of color behind here in the Commonwealth and across the country. Biden has an entire plank of his economic agenda dedicated to advancing racial equity across the entire economy. He knows that Black and Brown people have been at the forefront of the COVID crisis, and that we need to make sure that we target investments so that those who have suffered the most are made whole the fastest. He wants to include everyone in the deal because he knows it will make our economy more vibrant and powerful; he also wants to do it because it’s the right thing to do.

When it comes to making sure our communities recover, Joe Biden is going to fight for us, and Trump is just going to fight us. Donald Trump knows exactly how much he has to lose — and it’s crucial for all of us that he does just that in November.

In December 1788, America held its first presidential election. Then, there were no nominating conventions, speeches, or rallies, and almost f…

Virginia is moving towards becoming a safe haven for those seeking an abortion and reproductive healthcare, but its citizens on Medicaid, stat…

I have been asked to respond on behalf of the Franklin County Democratic Committee to the events which took place Wednesday, Jan. 6, in the Jo…

Will: Trump's kinship with his critics

WASHINGTON — An autopsy of Donald Trump’s presidency can proceed from an early example of his memorable utterances. On his 13th day in office,…

Morgan Griffith and Ben Cline were among the 138 House objectors to the Electoral College vote. Others have rightfully condemned them for thei…

Bestpitch: Cline should work with Biden

Shortly after he assumed office, I heard 6th District Representative Ben Cline decry the intense partisanship in Congress. He stated that he w…