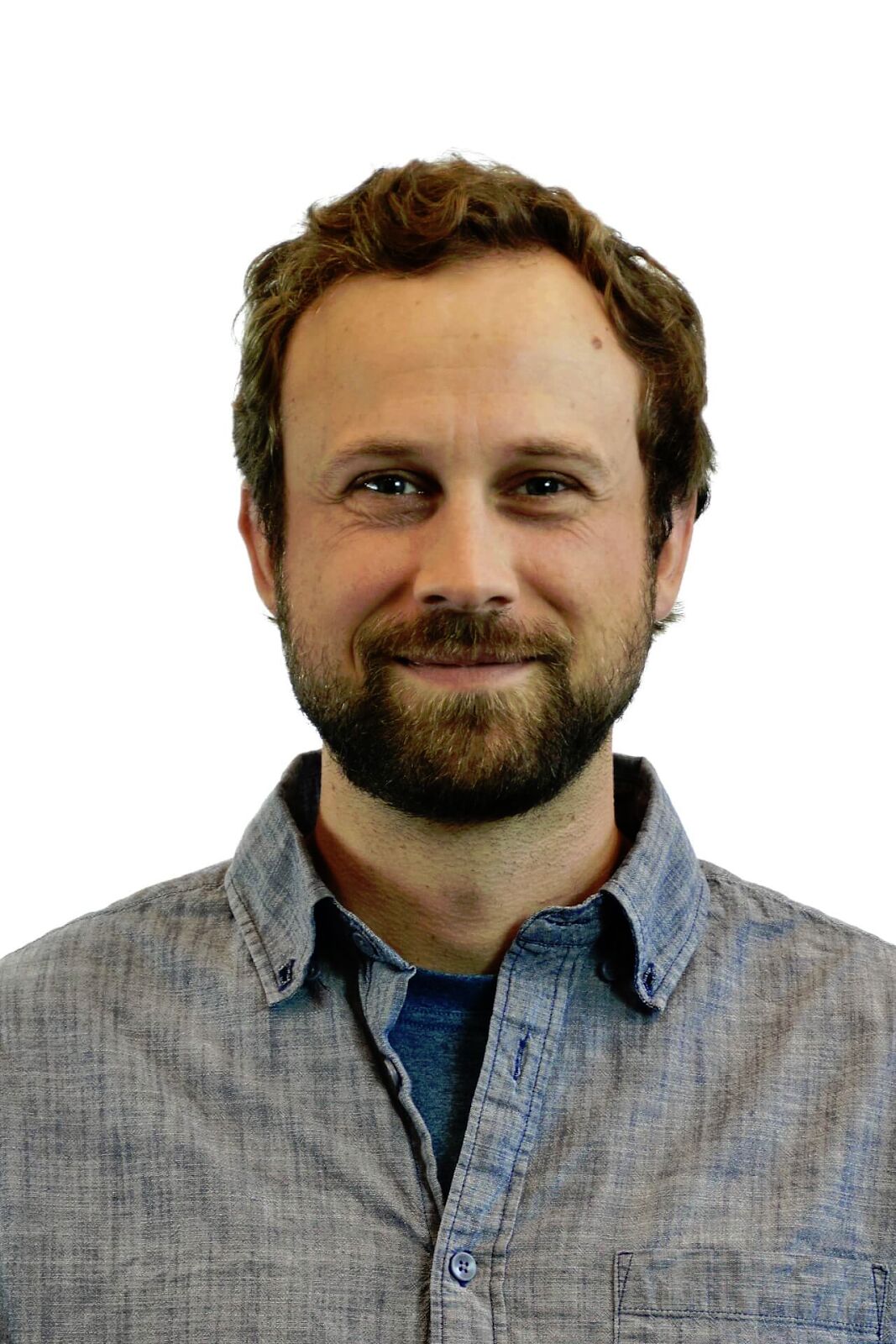 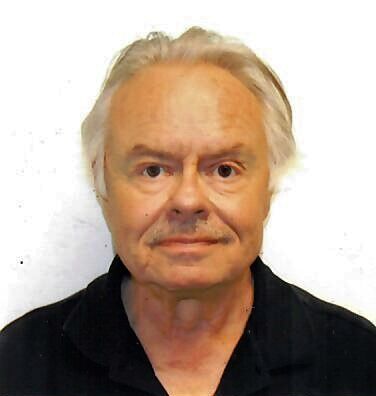 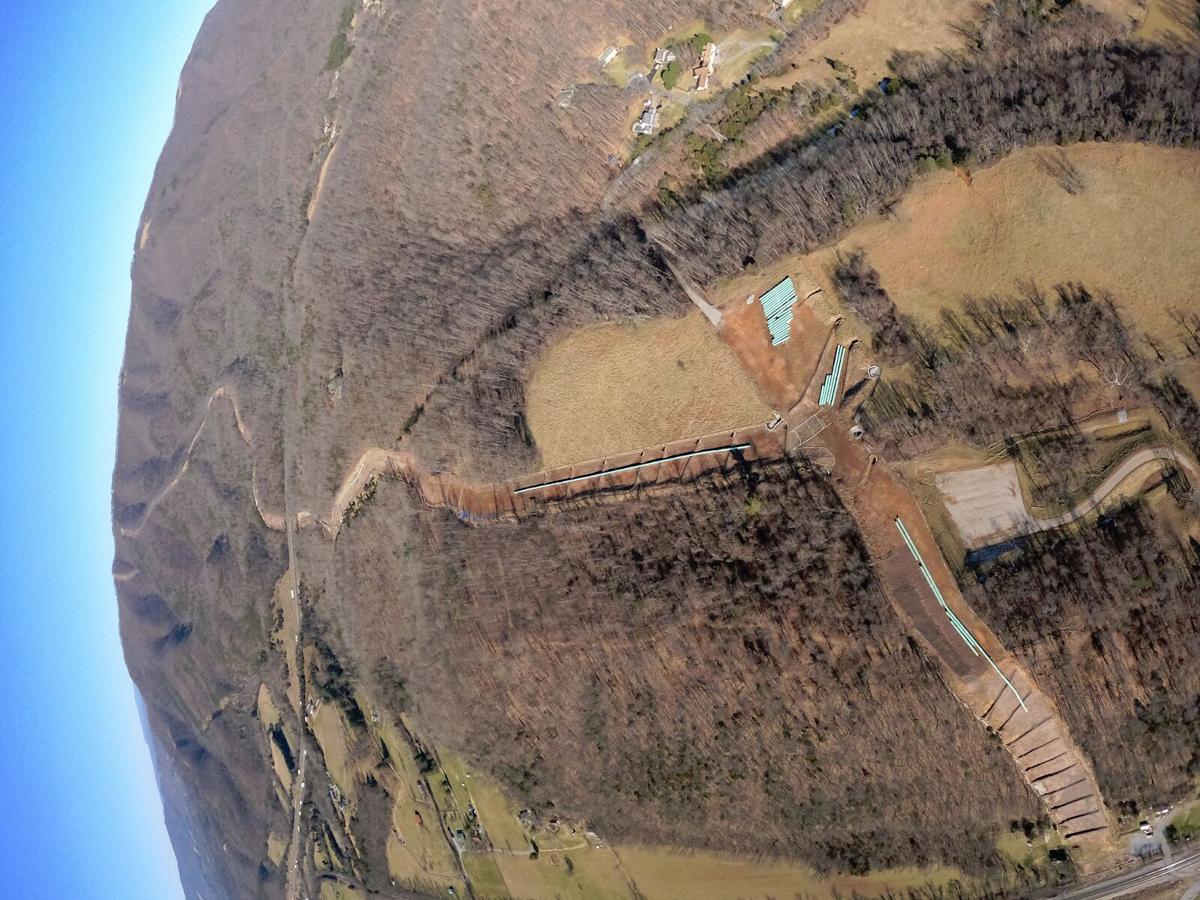 The pipeline in Montgomery County with Fort Lewis Mountain in the background.

In 2014, EQT Corp. and NextEra Energy applied for a Certificate of Public Convenience and Necessity with the Federal Energy Regulatory Commission to build the Mountain Valley Pipeline.

This 42-inch diameter, 303-mile long steel pipeline aims to ship fracked gas from Wetzel County, West Virginia, to Pittsylvania County, Virginia. Not only is the MVP the largest construction project in each state, it would be among the largest gas pipelines built in the U.S.

In 2018, construction of the MVP began with clear cutting more than 4,500 acres of upland forest in the heart of the Appalachian Mountains. This massive pipeline corridor passing through forests, and running up and down steep mountains, has left a scar across our region’s scenic landscapes.

The MVP would also cross more than one thousand streams, rivers and wetlands with endangered aquatic fauna. The Virginia Department of Environmental Quality has already issued more than $2 million in fines for 300-plus water quality violations because of sediment choking streams during construction.

The majority of the 303-mile-long MVP crosses steep and landslide-prone mountain slopes. In fact, MVP’s route traverses more than 200 miles of highly unstable terrain where landslides have occurred and will happen in the future. This poses a grave threat to the integrity of the pipeline, which is prone to explosion and would devastate rural communities along the pipeline’s route.

This is not an idle safety concern — during 2018-2019, five gas pipeline explosions occurred in Central Appalachia due to landslide-related events.

No other gas pipeline in the U.S. — let alone one as large as the MVP — comes close to traversing so many high-risk areas, or impacting so many waterbodies and forested lands.

This fact alone should have been sufficient for FERC to reject MVP’s certificate application. All other gas pipelines in Appalachia have managed to find routes that avoid high-risk areas while minimizing impacts to environmental resources.

Furthermore, the proposed 42-inch diameter MVP would transport 2 million cubic feet of natural gas per day, and generate as much as 90 million tons of greenhouse gas emissions per year.

This amounts to 1% to 1.5% of the total greenhouse gas emissions by power generation produced in the United States. At a time when we are in a climate emergency, locking in such a large source of new emissions is absolutely reckless. The world is already experiencing many of the disastrous consequences of climate change decades earlier than predicted. We simply cannot afford any new sources of greenhouse gas emissions.

Aside from the future of our planet, the demand for gas that MVP aims to ship is nonexistent. The forecasts of increased gas demand used to justify the need for the MVP assumed that 60% of its capacity would be used to supply new gas-fired power plants built by 2030.

However, the U.S. Energy Information Administration forecasts a net decline in long-term gas usage from all sectors in its February 2021 Annual Energy Outlook.

It is highly unlikely that a wave of new gas-fired power plants will be built in the region, all but assuring that the MVP is already a stranded asset.

So why did FERC approve the construction of such an ill-advised, unprecedented, and unnecessary fracked gas pipeline? Because FERC has approved every single proposed pipeline project with established shipping contracts, so-called precedent agreements, which it interprets as the existence of “need” for a pipeline.

All MVP had to do was show proof of precedent agreements, regardless of the fact these were largely self-dealing contracts between the pipeline owners and its affiliate companies.

As proper oversight was not exercised, and actual evidence of the need for this pipeline was not authentic, energy companies and consumers are now exposed to billions in losses from this project.

Because of delays caused by permit suspensions and environmental violations, the MVP is nearly four years behind its original in-service date, and closing in on $3 billion over budget.

The ever-expanding cost of the MVP will add billions to the energy costs of customers throughout the region — the shipping rates established for the MVP have already increased more than 170%.

The sole justification for the MVP was to provide low-cost gas to consumers. That is no longer a reality. Instead, the rest of us will suffer the overwhelming damages that a few corporate shareholders want us to bear.

Jacob Hileman is an environmental hydrologist with a doctorate from the University of California, Davis. He was raised in the Catawba Valley of Virginia, and is presently a researcher with the Centre of Natural Hazards and Disaster Science at Uppsala University.

Kirk Bowers is a retired civil engineer with a degree from Virginia Tech. He worked as Pipelines Campaign Organizer with the Virginia Chapter Sierra Club. He was raised near Glenvar and is co-founder of the Mountain Valley Watch.

Schapiro: A governor's tough love for his besieged alma mater

Ralph Northam is the second alumnus of the Virginia Military Institute elected governor of this commonwealth. He is the first to tell the tax-supported college what it often refused to hear: That VMI’s love affair with the Confederate-gray past is an obstacle to its multi-hued future.

Will: Progressives have a Republican soulmate in the Senate. His name is Josh Hawley.

Never have so many in Washington been so eager to expand government’s responsibilities in so many ways. No federal official, however, has an a…

Preston: Roanoke needs to respond to our housing crisis with compassion

It’s no secret that the unhoused population in Roanoke has grown. Tents and camps have popped up in multiple places throughout the city. I thi…

Will: Progressives ruined San Francisco, but at least 'advocacy' is thriving

If you’re going to San Francisco

The pipeline in Montgomery County with Fort Lewis Mountain in the background.