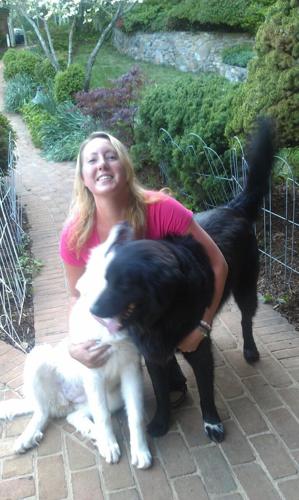 Tess Henry, seen here in a happy moment with her dogs. The Cave Spring High School graduate, who struggled with addiction after receiving an opioid prescription, died at age 28. 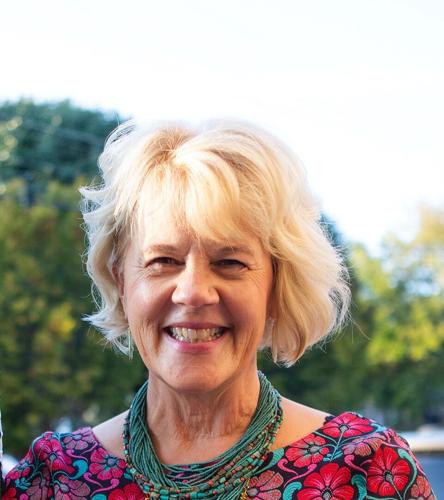 In the summer 2012, when I began covering what we then called “the heroin epidemic” for The Roanoke Times, it was shocking news that the drug had infiltrated Roanoke County’s wealthiest suburbs. A few people told me they literally spit their coffee out as they read my three-part series, as in “What? Wealthy white kids are doing heroin? We had no idea!”

Now, 10 years hence, the epidemic, which began with the 1996 introduction of OxyContin and an accompanying sales blitz that had doctors prescribing the highly addictive drugs for everything from headaches to wisdom-tooth surgery, the crisis has morphed into a fentanyl epidemic.

Overdose is killing more people than ever from all quadrants of the region — black and white, Democrat and Republican, addicted people and recreational users alike — largely due to high-powered illicit fentanyl, which has infiltrated not only heroin but also the cocaine and methamphetamine supply.

The “overdose crisis,” as we now refer to it, has only gotten worse during the coronavirus pandemic.

More than 1 million people are now dead of drug overdose since Purdue Pharma began turbocharging OxyContin sales, many of them in the prime of their lives. Overdoses in the Roanoke Valley alone have nearly doubled just since 2019.

Meanwhile, Roanoke has become a medical hub with world-class addiction researchers at the Fralin Biomedical Research Institute. And while the institute continues to nab millions in high-profile grants — and laudably so — overdose deaths have continued to climb, making the problem more urgent than ever and leadership more necessary than ever.

Back in 2015, when I first began reporting my book “Dopesick,” 26-year-old Tess Henry described being repeatedly denied evidence-based care and wraparound services in Roanoke for her addiction.

What she needed was for health care providers to help her — not simply put her on onerous waiting lists for medication-assisted treatment (MAT), or demand cash-only payments upfront, or refuse to see her if she relapsed on marijuana (now legal in Virginia), or force her to attend 12-step meetings where she was stigmatized and called “unclean” when she was taking lifesaving medications.

She was 28 when she died following many instances of medical abandonment.

Emergency department director Dr. John Burton demonstrated leadership when he developed cutting-edge emergency room protocols in 2019 and began treating people in the emergency department with buprenorphine (the gold standard of MAT care for people opioid use disorder), after originally falsely believing it was simply treating addiction with another drug and thinking that it wasn’t within his department’s purview.

He changed his mind, delved into the research, then he admitted that he could’ve been doing more — and then did it! That’s true leadership, in my view.

Peer recovery specialists are now stationed at Roanoke Memorial to help facilitate a patient’s entrée into outpatient care. The leadership of Drs. David and Cheri Hartman and others who work in Carilion’s outpatient buprenorphine clinic has saved more lives than we will ever know.

And the work of the nonprofit Virginia Harm Reduction Coalition (VHRC), which meets drug users where they are, literally and physically, via a mobile van, to give them safer-use supplies including fentanyl test strips and sterile syringes, has also been a boon to the community, providing lifesaving Narcan to people who use drugs and sterile syringes to stop the spread of hepatitis and HIV, both of which are soaring.

Because harm reduction programs like VHRC provide case management and patient navigation in addition to safer-use supplies, people who use syringe services programs are five times more likely to enter treatment than those who don’t.

Harm reduction programs do the vital work of keeping people alive until they can get the help they need. The first time I visited VHRC, it hit me immediately that, had it existed at the height of Tess’s addiction, she might be alive today. (When “Dopesick,” the Hulu show based on my book, premiered at The Grandin Theatre in November, the event was a fundraiser for VHRC — that’s how vital I view its work to be.)

Still, with fentanyl poisoning the drug supply, we should be doing more.

The Roanoke Valley now has a chance to show that it’s willing to “own recovery,” in the words of Del. Sam Rasoul, D-Roanoke. He has introduced legislation, House Bill 105, to study the opening of a state-of-the-art campus for all Southwest Virginians at Catawba Hospital for people suffering from substance use and mental health disorders.

Relapse prevention would be the main goal of the center, which would utilize lifesaving addiction medicines and facilitate patient transitions from treatment to sober-living facilities and — just as crucially — help people access critical housing, mental health, and harm-reduction needs.

The situation is dire, with COVID exacerbating overdose deaths among people who are using drugs alone with no one to Narcan them and overdoses in 2021 expected to be higher than those in 2020, already a record-breaking year.

The overdose crisis has impacted a third of American families. Well over 100 Roanoke Valley families lost loved ones to overdose in the past year alone, according to provisional data from the Virginia Department of Health.

We now know so much more about how to combat the enemy. But we need people and organizations to step up. In honor of Tess and all the others we have lost to addiction-related death, Rasoul’s bill could very well provide the means for triaging the addicted and providing them the urgent care they need.

Beth Macy, a former Roanoke Times journalist, is the author of “Dopesick: Dealers, Doctors, and the Drug Company That Addicted America,” and an executive producer and co-writer on Hulu’s “Dopesick” series.

As someone who has been incarcerated for over 40 years, I was dismayed to learn that in the first two weeks Gov. Glenn Youngkin’s first parole…

Schapiro: After nearly 50 years, gone but not forgotten

The Richmond Mercury was published only three years, from September 1972 until September 1975, nearly a half-century on, people still talk about it.

I expected the Irish schadendfruede.

Froma Harrop: E-Verify is key to fixing US immigration system

Let's have a conversation about immigration. An honest one.

Sir Isaac Newton’s Third Law of Motion states that for every action, there is an equal and opposite reaction. While Newton was describing this phenomenon in relation to physics, the basic principle also applies to society in general.

Tulsa World: Get the new COVID-19 booster to keep the virus at bay

Americans 12 and older now have available the latest COVID-19 booster, and it appears to be worth it.

The best way for the U.S. Supreme Court to preserve its legitimacy is to ignore public opinion.

Tess Henry, seen here in a happy moment with her dogs. The Cave Spring High School graduate, who struggled with addiction after receiving an opioid prescription, died at age 28.