The gutted remains of cars lie along a road during heavy fighting at the front line in Severodonetsk, Luhansk region, Ukraine, Wednesday, June 8, 2022. 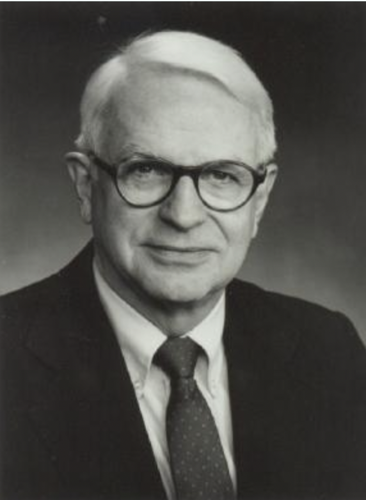 When President Volodymyr Zelenskyy declared last fall that he wanted Ukraine to be a part of NATO, that was a red line for Vladimir Putin. Putin immediately began to mobilize troops in preparation of forcing Ukraine to either back off of that request or get prepared for a war. The resulting terrible destruction of Ukrainian cities especially in the east are the result of President Zelenskyy's resistance to submitting to Russia's view that Ukraine is part of Russia.

The fierce resistance on the part of Ukrainian troops inspired NATO to send supplies to Ukrainian forces to help resist the Russians. Russia's invasion of Ukraine is the first time since 1945 that Russian troops have been used in warfare against another country in eastern Europe. Europeans are not sure where Putin plans to stop.

Both Sweden and Finland have applied for NATO membership to protect themselves from Russian troops in the north. They also want to strengthen their position in the Baltic Sea where at the end of World War II the Russians carved out a naval base over former German territory which today includes Lithuania.

To the south, Russian armies have pushed to close the ports on the Black Sea that the Ukrainians have used for international trade including grain shipments to the world. Also in the south is the small country of Moldova which feels threatened by Putin's move into southern Ukraine. All this has driven the NATO countries to greatly increase defense budgets and be more assertive in cutting off trade from Russia.

Where is Putin prepared to stop?

As long as Putin remains in power and he seems to have the support of the Russian people, it is difficult to know how far he wants to push into Europe. Putin is using missiles against targets in Ukraine, and those missiles could also be used against targets in other parts of Europe. His military is not currently strong enough to do what he wants them to do, but he is putting extra effort into training and equipment.

With the heavy restrictions that the west has put on Russia's economy, we do not know how long Putin can continue especially as he is unable to sell his oil abroad as before.

A large part of the American public is becoming less enamored with Ukraine because we are being inundated by our own domestic crises including multiple mass shootings, devastating storms across the country, and inflation at levels not seen in decades.

We don't see Zelenskyy on the front page anymore so many Americans are coming to the view that this is essentially a European problem and Europeans should deal with it.

If Putin should attack any NATO country, such as Poland, the U.S. of course would respond. But short of that many Americans feels that Europeans should be able to contain Putin's ambitions to Ukraine.

The west was given a shock in February when Putin invaded Ukraine because Russian military aggression has not occurred since 1945.

How the west deals with Putin as long as he is in power will determine how Europe will evolve over the next few years.

What we have learned to date is that Americans need to be much more realistic about what is happening in the world we live in and in which we have led for so many years.

Donald Nuechterlein is a retired diplomat, professor of international relations, and Navy officer. He turns 97 this month and has decided this will be his final column. Writing has been his great love, which he's done for national and local newspapers for most of his long, esteemed life.

Sometimes, the overwhelming nature of a large complex problem impedes its resolution. That could certainly be true with the mental health cris…

Why is gender therapy for children such a difficult topic? | The Ethical Life podcast

🎧 How to think about acceptance and treatment when discussing gender-affirming care  for kids.

We’ve all witnessed the severe, at times deadly dangers of misinformation campaigns.

Williams: Racism is a public health crisis. So is the Virginia health commissioner's racism denial.

"This sort of denial characterizes so much of the political right's approach to problems, from racism, to gun violence, to climate change to the existential threat to our democracy," writes columnist Michael Paul Williams.

President Joe Biden has talked a lot about “Made in America” — and creating 10 million clean energy jobs. However, he’s just made a serious er…

Long: Virginia could be a leader in the fight to end human trafficking

Earlier this month Gov. Glenn Youngkin signed a series of bills designed to fight the scourge of human trafficking in the commonwealth. Now no…

What impact did your father have on you? If you’ve never much thought about it, or discussed it with him, the answers might startle you. I nev…

The gutted remains of cars lie along a road during heavy fighting at the front line in Severodonetsk, Luhansk region, Ukraine, Wednesday, June 8, 2022.