This month, Southwest Virginia has been thrust front and center in the commonwealth’s civic dialogue. On Oct. 3, Gov. Glenn Youngkin made waves by proposing to locate a small modular nuclear reactor within Southwest Virginia as part of his Virginia Energy Plan. The next day, Youngkin announced that the “Energy DELTA Lab,” an experimental industry incubator, was under development on Nature Conservancy-managed lands near the Wise County community of Pound.

A common thread connecting these projects has been the reuse of Virginia’s 100,000 acres of former surface mines — an area nearly half the size of Shenandoah National Park — as focal areas for new energy projects. Many former mines exist in disturbed states, with officials touting them as ready-made properties for industry partners.

Notably missing from state officials’ announcements, however, has been the most critical stakeholder voice in Southwest Virginia: that of the residents living with the region’s former surface mines in their literal backyards.

Regional nonprofit Appalachian Voices perhaps phrased things best in comments related to a press release expressing concern over Youngkin’s energy plan. Peter Anderson, the organization’s policy director, told the press in an Oct. 6 interview that “We did an informal poll of workers in our field offices and what they were hearing anecdotally out in their communities (about proposed energy projects). The reaction was, did anybody ask the communities?”

That’s a fair question. Several mines where officials have proposed new projects, including the mine hosting the recently-announced energy lab on Nature Conservancy land in Wise County, are located in rural neighborhoods within feet of nearby homes. After Youngkin made a surprise visit to one such site near the city of Norton last week, the Appalachian Citizens’ Law Center’s Rebecca Shelton said in a statement that communities have been left in the dark during the early stages of these projects.

“Time and again the way residents learn about a new project is through a press announcement,” Shelton said. “There is every reason to be skeptical about the benefits of a project when it’s planned behind closed doors.”

For the past year, I’ve helped lead a team of community and local government partners charged with developing a blueprint for sustainable and equitable economic growth in Southwest Virginia, including projects on former minelands. While our efforts have been focused on tourism development rather than energy infrastructure, a common refrain emerged from stakeholders during the fact-finding phase of our work regarding economic development projects of all types: if Southwest Virginia wants to cultivate a smart and sustainable economy, it needs to listen to the people in the communities where projects are being proposed.

The environmental and economic inequities straining rural Appalachia have a through-line to generations of political officials and outside interests developing projects for — not with — the region’s most underrepresented residents. That’s a factor explaining why the majority of the Virginia coalfields are highlighted as an environmental justice community by the commonwealth’s own environmental justice initiative. As national media outlets have detailed after catastrophic flooding this summer, landownership patterns associated with those inequities have forced many residents to build homes along flood-prone riverbanks.

And replacing coal with other energy sources won’t be enough to correct those issues, at least not without sustained investment in the region’s people.

Developing Virginia’s minelands into industrial-scale energy projects without engaging nearby residents risks repeating our past mistakes, rather than learning from them. Those residents represent valuable “boots on the ground,” especially since many households already deal with environmental liabilities stemming from nearby mines that could be corrected during future development. At worst, those liabilities could be unwittingly exacerbated by forging ahead with new projects that seek minimal local input.

Yes, federal permitting procedures will require public input for many energy projects. But now, early in the process, is the most critical time to ensure that those people’s voices are heard. If Virginia truly wants to create economic innovation in the coalfields, it can start by giving our most vulnerable neighbors a meaningful seat at the planning table.

Smith is an associate professor of biology at the University of Virginia’s College at Wise and works at the intersection of biodiversity conservation and community development in rural Appalachia. The opinions expressed in this piece are his own and do not necessarily reflect those of any institution or organization.

Imagine using technology that never forgets a face, while improving airport security and shortening lines. Such technology exists and may be coming to an airport near you.

Are today's parents worried about the wrong things? | The Ethical Life podcast

🎧 The hosts discuss a recent advice column, in which a grandmother said she was losing sleep about her 9-year-old granddaughter walking home alone from school.

The Biden administration has touted the return of diplomacy while failing to meaningfully deliver on this tenet in many ways.

Williams: The war on Black history is hurting white Americans too

As we approach February’s Black History Month, cynical politicians are attempting an erasure of the Black narrative in America history.

Williams: Windsor police will pay too little price for their abuse of a soldier during a traffic stop

The shabby treatment of U.S. Army Lt. Caron Nazario – first by town of Windsor police and later by a federal jury in Richmond – typifies the anticlimactic denouement of our moment of racial reckoning.

Last Confederate monument comes down in Richmond, reporters share their coverage | After the Monuments podcast

Michael Paul Williams is joined by Richmond Times-Dispatch reporter Lyndon German and photojournalist Eva Russo who share their first-hand experience of covering the removal of the monument and exhuming of the general's body beneath it.

Column: The opioid crisis shouldn’t be a partisan issue

Four years ago, in the midst of a worsening opioid crisis where drug-related deaths were widening the gap as the leading cause of unnatural de…

Dean Baker: Biden has earned a solid 'A' halfway through term

At the midpoint of President Joe Biden’s first term, he deserves a solid “A” for turning the economy around, getting the pandemic and inflation under control, and encouraging a rapid transition to clean energy. No president since Lyndon Johnson has as much to show for his first two years in office. Unlike Johnson, Biden managed to push key legislation with a tiny majority in the House and the thinnest possible margin in the Senate.

Forget the nearly $4 million in campaign cash, the seasoned political staff and what he describes as promising polling. 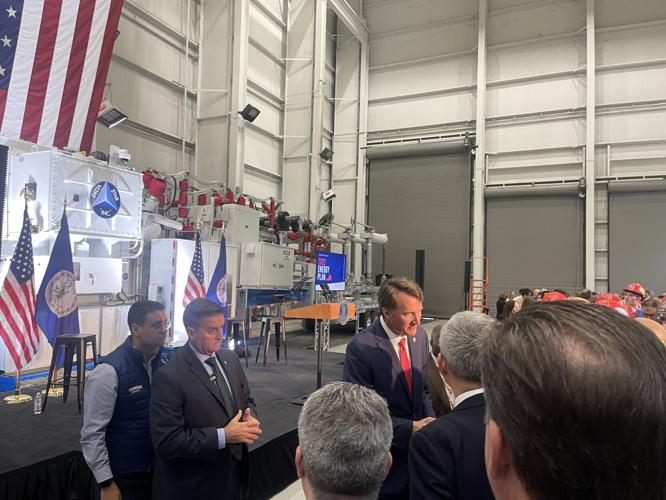 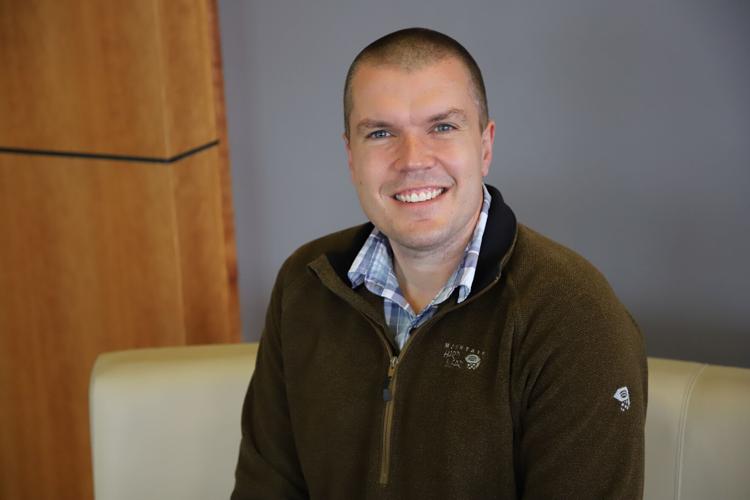