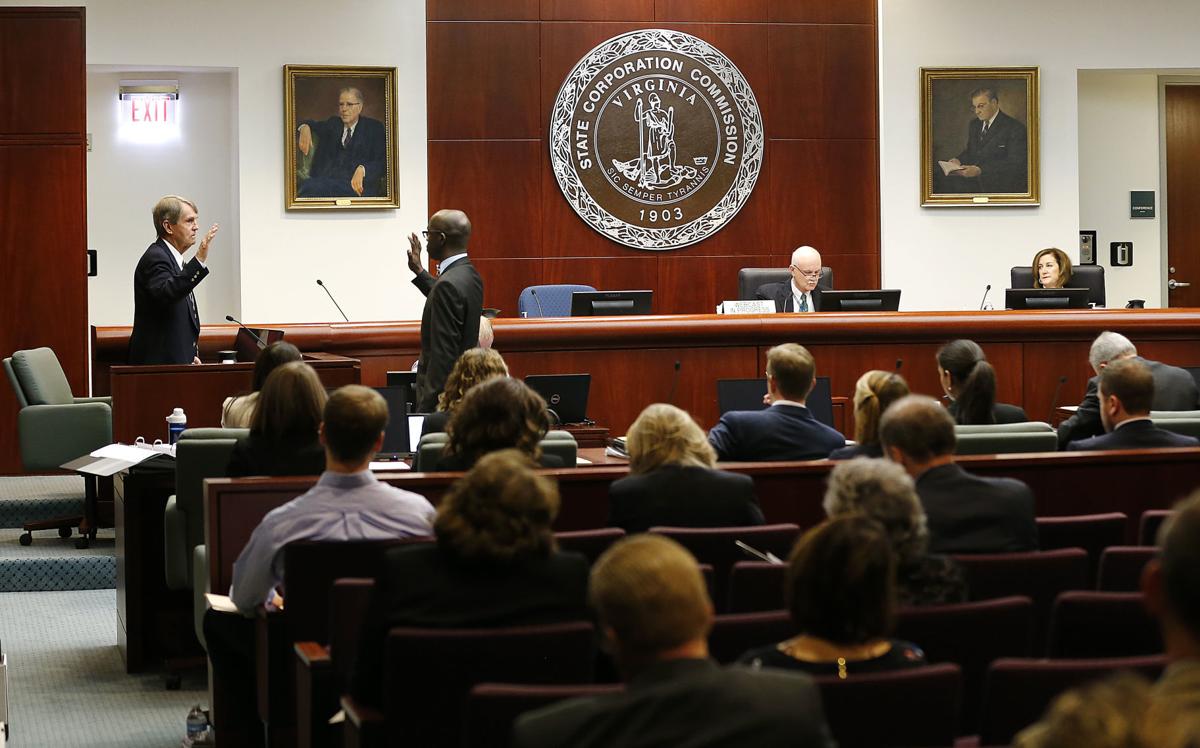 After years of modest and calculated energy regulation, the status quo is set to be broken as the General Assembly has confirmed two new commissioners to the State Corporation Commission.

If I stopped 100 people on the street and asked each of them what the SCC is, I would not expect many responses. The SCC is an obscure state regulatory agency, but its impact on the everyday lives of Virginians is immeasurable.

Following the passage of the Virginia Clean Economy Act in 2020, the SCC has been tasked with the enormous undertaking of laying out the path for Virginia to become 100% carbon-free.

The appointments of Angela Navarro and Jehmal Hudson to the SCC will usher in a new era of regulatory policy, where Virginia will launch a clean energy economy that will add thousands of new jobs and bring in millions in revenue and economic growth to the commonwealth for years to come.

As the former director of government affairs for the Federal Energy Regulatory Commission and former vice president of government affairs for the National Hydropower Association, Judge Hudson is primed to navigate the complex regulatory framework set out in the VCEA. And it is important — historic — to note that he is the first African American to hold the position in the nearly 120-year history of the body.

In addition to its critical role in regulating our electric utilities, the SCC also has regulatory authority over some of the largest industries in the state, including insurance, banking, telecommunications and railroads.

And with the three-judge commission welcoming two new progressive members, Judge Hudson and Judge Navarro have an opportunity to take the SCC in a new direction by lowering regulatory barriers, prioritizing key stakeholders, and encouraging competition and job growth as they fulfill the most ambitious clean energy plan in the country.

The Virginia Clean Economy Act, passed by the General Assembly in 2020, will transform the commonwealth to a clean energy economy by the middle of this century. We will not only transition to 100% carbon-free energy production, build out over 16,000 MW of solar energy production, and develop cutting-edge energy storage technology, but the VCEA also expands access to renewable energy for residential customers and prioritizes low-income individuals and frontline communities.

Ultimately, the VCEA aims to lower the cost of electricity to all ratepayers, create a resilient and reliable electric grid, generate jobs, attract economic investment and allow all Virginians to take advantage of clean energy.

For instance, in 2020 my colleagues and I successfully passed a suite of bills, including the VCEA (which included an Energy Efficiency Resource Standard, a Renewable Portfolio Standard and energy storage targets), shared solar and multifamily shared solar, the Solar Freedom bill and a bill requiring that Virginia join the Regional Greenhouse Gas Initiative. Once bills pass out of the General Assembly and are signed by the governor, the SCC develops the rules, works out the timeline, sets up public hearings and publicizes information regarding registration for the programs.

Led by the new commissioners, the SCC can now embrace the spirit of the VCEA. By promoting robust third-party development of new energy resources, emphasizing the social cost of carbon and placing a high value on environmental justice, workforce and economic development, we can move the commonwealth toward a clean energy economy. The VCEA sets bold targets, and with bold targets comes responsible and ethical deployment by the industry participants. The SCC can and should advance all of those targets more quickly if possible.

We have an opportunity to fulfill the intentions of the VCEA with diligent, proactive, and innovative regulatory policy so that Virginia not only meets the minimum requirements, but exceeds the targets set by the VCEA.

Sullivan is a member of the House of Delegates from Arlington. He is a Democrat.

It’s hard to believe there was ever a chance it wouldn’t turn out this way.

Flowers: Why we should engage in ritual

When I lived in France many years ago, I went to Mass regularly at Notre Dame Cathedral. My French was not so good at the time, so the ability…

Will: The Reaganite optimist Paul Ryan on the future of the Republican Party

WASHINGTON — To those Republicans who think the first 18 Republican presidents were merely misbegotten preludes to the magnificent 19th, Paul …