In this Jan. 6, 2021, file photo, Trump supporters, including Doug Jensen, center, confront U.S. Capitol Police in the hallway outside of the Senate chamber in Washington. 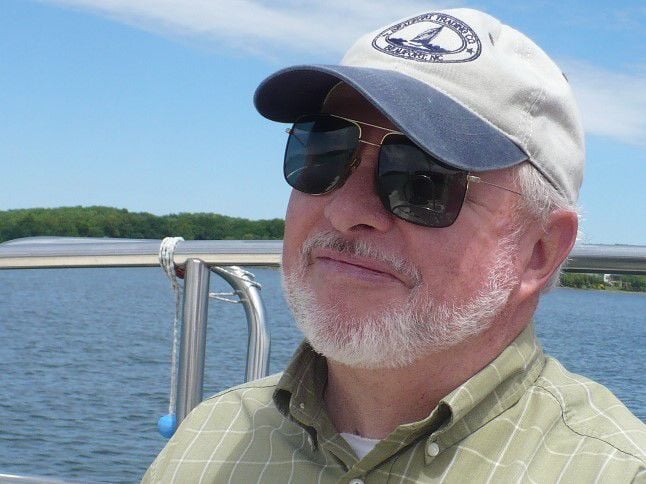 In his iconic novel “1984,” English author George Orwell depicts a future world where citizens live under the control of an all-powerful central government called “Big Brother.” Two-way television enables the government to continually spy on the actions and words of private citizens. In that nightmarish world, simply to display a wrong attitude toward the government is a crime. Even a suspicion of subversive thinking can cause a citizen to be arrested for “Thoughtcrime” or “Wrongthink.”

Thankfully we live in America where such an Orwellian thing could never happen. Or could it?

On Sept. 2 of last year, according to an Associated Press online article, a federal judge ordered a prominent participant in the Jan. 6 attack on the U. S. Capitol, who had been released pending trial, to be returned to jail. Why? Because he was caught “accessing the internet to watch false conspiracy theories about the presidential election.”

The detainee, Doug Jensen, didn’t violate the conditions of his pretrial release by robbing a store, or assaulting somebody, or even leaving his house. No. Rather a “federal officer” found him in his garage watching news from a conservative website on his iPhone.

Jensen admitted he had earlier watched two days of Mike Lindell’s symposium which presented testimony and evidence suggesting the outcome of the 2020 election had been altered by fraud. And for that, District Judge Timothy Kelly ordered federal marshals to arrest Jensen immediately and return him to jail because he had violated the terms of his release by watching conspiracy theories.

But was Mike Lindell’s three-day symposium in Sioux Falls, Iowa, in August a “conspiracy theory” as such? After all, Lindell announced and openly advertised his symposium far in advance. He invited any news media and congressmen who might wish to attend to come; and some did. He reserved blocks of hotel rooms in advance. It was not some dark conspiracy. It was all done in the open for millions of Americans to see.

So what did Judge Kelly really find so egregious that he took Jensen away from his family and threw him back in jail? According to the AP article, “It is now clear,” said the judge, “that he (Jensen) has not experienced a transformation (emphasis mine) and that he continues to seek out those conspiracy theories that led to his dangerous conduct on January 6th. I don’t see any reason to believe that he has had the wake-up call that he needs.” In other words, in the judge’s eyes, Jensen was guilty of “Thoughtcrime.” His previous harsh imprisonment experience had not been sufficient to compel him to accept Big Brother’s approved viewpoint of the 2020 election.

It should be noted that Jensen had been held in prison without bail for six months prior to his pretrial release. The conditions under which the Jan. 6 detainees have been held in the D.C. jail were recently discovered by U. S. Marshalls to be extremely harsh. Some prisoners suffered long periods of solitary confinement. There was frequent lack of running water, clogged toilets and filth. U. S. District Judge Royce Lamberth described the jail conditions as “deplorable” and “beyond belief.” Further, none of the charges against Jensen have yet been proved in a court of law as he continues to be denied his Constitutional right to a speedy trial.

Admittedly some of the charges against him are serious, one being that he unlawfully entered a restricted building while carrying a dangerous weapon. (The “weapon” was a pocket knife that stayed safely in his pocket. But, hey, if the Democrats are going to turn a riot into an “armed insurrection,” they’ll just have to do their best with what they’ve got.)

The question remains, is it the proper role of government to coerce citizens into a government-approved way of political thinking? In my opinion, the Orwellian attitudes exhibited by the federal “justice” system are a much greater threat to America’s hard-won liberty than Doug Jensen ever was.

Taylor, retired from the Norfolk Southern Corp., lives in Roanoke and is the author of several novels.

In this Jan. 6, 2021, file photo, Trump supporters, including Doug Jensen, center, confront U.S. Capitol Police in the hallway outside of the Senate chamber in Washington.