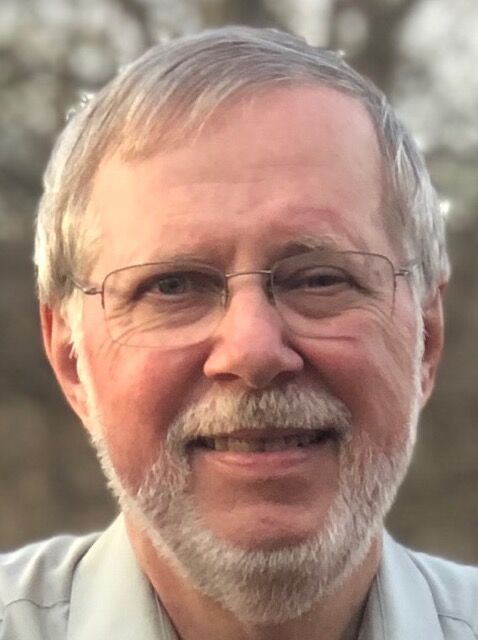 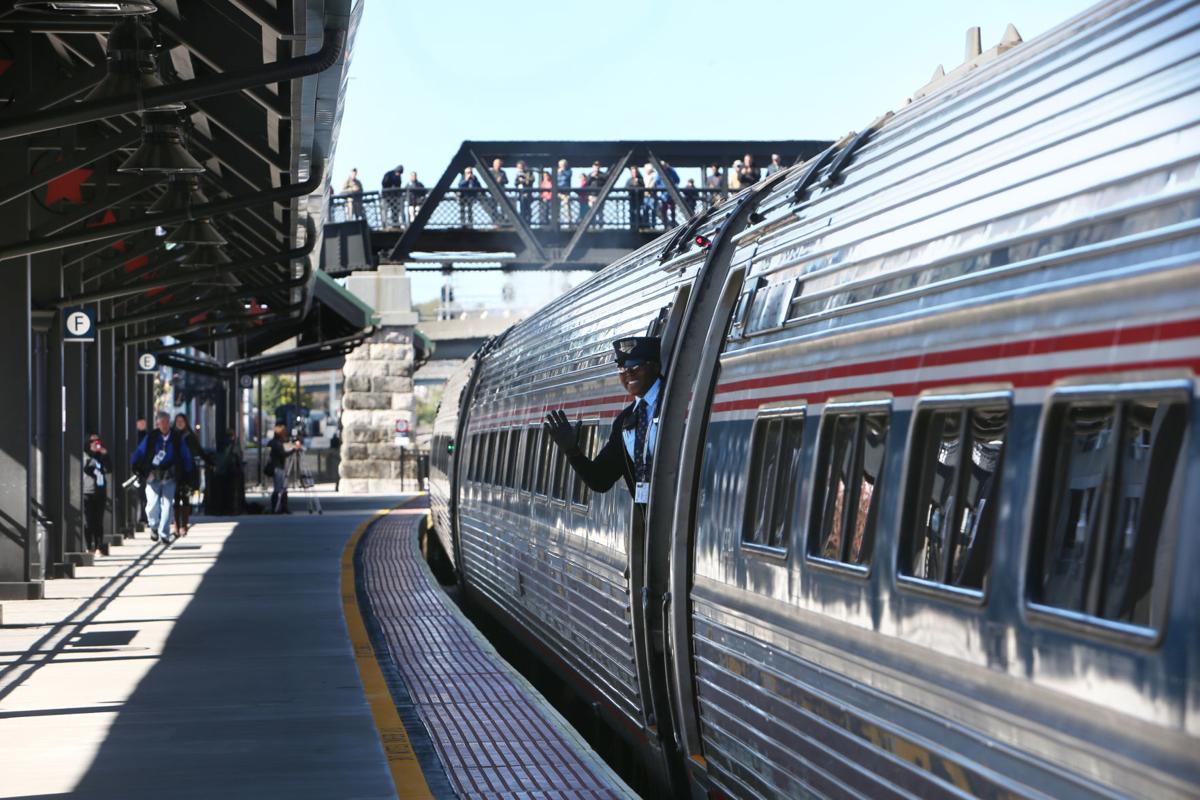 A porter waves from the door of a passenger car during the ceremony marking the return of Amtrak service to Roanoke in October 2017.

Let’s amend the title of your Jan. 23, 2021 editorial to read, “Time for passenger rail advocates, transportation officials and elected leaders to think big.” And by “big,” we mean from a transformative, nationwide, transportation-policy perspective.

Everyone is on a learning curve as we plan to expand passenger rail to regions that have little or no service.

Your editorial notes the emerging wisdom of thinking across state lines; extending passenger rail service beyond Bristol, to serve Knoxville and Chattanooga; just like the Interstate highways do. When Virginia conducted the original passenger rail TransDominion Express (TDX) studies three decades ago, reaching Bristol was the end goal.

Curiously, if Virginia began studying passenger rail expansion three decades ago, why don’t we already have the two planned daily TDX round trips linking Bristol to Washington, D.C. and Richmond? We should now be simply planning to extend passenger rail into Tennessee.

The short answer to this question is money. The slightly longer answer is that the rail lines available aren’t engineered for attractive, highway-competitive passenger trains and upgrading the tracks to 21st century standards will take lots of money. In the past, the public hasn’t had the appetite for investing lots of money for adding only a few passenger trains on a freight railroad. That may still be the case.

In the 1950s, the average passenger train speed between Washington, D.C. and Bristol, Va. was 40 miles-per-hour.

Norfolk Southern argued for a slower schedule which brought the average passenger train speed down to no faster than their freight trains.

When the 1950s Tennesseean ran via Bristol to D.C., its route from Radford to Washington was at least double track. This infrastructure allowed faster trains, even hotshot freight trains, to pass slower trains — and those in the opposing direction — without stopping. Since the 1960s and 70s, much of that route has been downsized to single track, with passing sidings.

The railroad between Radford and Morristown, Tennessee has never been double tracked. It uses the same right-of-way that was constructed with manual labor before the Civil War.

Until the advent of the Interstate Highway System, this stretch of railroad could compete with Old Route 11; itself mostly two-lane, with local bottlenecks at every town.

Westward from Radford, the mid-19th century civil engineering restricts train speeds to about 35 MPH in many locations. Long freight trains have little time to gather speed before they must slow down again.

The Amtrak trains we are advocating for — capable of 110 MPH — have no means to pass them. It’s unlikely, when and if we get a single passenger train to Bristol, that it will average better than 45 MPH, running on our great, great, grandfather’s railroad.

The infrastructure limitations of the rail line beyond Radford to Bristol are common throughout the United States and especially so through Appalachia. Even where geographical challenges don’t exist, modern passenger train development is hindered by the retrenchment that railroad companies have undertaken since passage of the Eisenhower Interstate Highway and Defense Act.

Those who have been advocating for diverting trucks from I-81 and I-40 onto trains have learned that the railroad we have is not suitable for highway-competitive rail freight service either.

If we really want passenger rail service that can attract riders and grow with demand, passenger rail advocates need to become rail mode advocates. Our rail advocacy shouldn’t just be about passenger trains. And we certainly don’t want to only focus on High Speed Rail that “flies over” Middle America.

The sooner we think of high-performance rail lines, as we do about the Interstate Highways — a system serving everybody — the sooner we will get the relevant passenger rail service we want and need.

If we’re going to invest lots of money to restore and expand passenger train services, we should plan for upgrades that can be shared with premium freight trains.

Our investments will be spread out to benefit more end-users and will become transformative, toward achieving a robust, carbon-neutral economy.

Thinking strategically, especially at the federal level, transportation planners and elected officials need to map and invest in a national network of upgraded, higher-speed rail lines that can shoulder 21st century mobility responsibilities. Perhaps it will be called the Biden Steel Interstate System.

Testerman is vice-chair of RAIL Solution but is submitting this on his own behalf.

Having just finished watching President Biden’s address, the first thought was: “Thank God we have a human being leading your nation. A person…

Weiner, Lee and Lasky: Covid is Time for VA and US Colleges to Use Endowments as the “Rainy Day Funds” They’re Intended to Be

While life is beginning to return to normal due to COVID vaccinations, most college students still aren’t being offered what they usually woul…

Long: Not high on marijuana legalization

This summer, under legislation passed by the General Assembly and signed by Gov. Northam in the past term, small amounts of marijuana and mari…

Boucher and Terry: Rasoul is a reason to hope for truth, balance

Giordano: The Invasion of the Summer Stealers

Sadly, the pandemic has been weaponized by some to gain political advantage or exploited as an excuse to fundamentally change American society.

A porter waves from the door of a passenger car during the ceremony marking the return of Amtrak service to Roanoke in October 2017.