One of my teenage clients told me recently that she was afraid to walk her dog after school because of gun violence and gangs in her neighborhood here in Roanoke.

Unlike most of us who live in other neighborhoods in the city, she and her family have witnessed or heard firsthand of friends and neighbors victimized and grief-stricken by what has happened, and continues to happen, right outside their own front doors.

Though it might not yet be happening outside your front door, Roanokers in every neighborhood are concerned and ashamed by this level of violence in our city. It is a deadly reality to many families and friends, but it is a sad and disturbing embarrassment to all of us who treasure “The Star City” as the best place to live, work and visit in Virginia’s Blue Ridge.

The Roanoke Times’ May 8 editorial “Gun violence requires a gardener’s patience” presents a misguided and very liberal analysis of the matter. Please permit me to respectfully disagree and tell you why.

Your editorial praises the gun violence prevention efforts implemented by our current city council. It suggests that city residents, like my teenage client, should maintain patience to let these programs take root and flourish.

While our city council’s “gun violence prevention” efforts may be noble and well-intentioned, its success has been elusive and ineffective. For our leadership to say the current situation in Roanoke “can’t be explained” is not acceptable to our citizens who suffer through yet another year of fear and embarrassment.

Gun violence prevention, as implemented here in the city for a year or more, may be a long-term component of correcting this serious problem, but it does not offer the immediate response that is warranted now.

We can’t do this with a police department one-fourth down by 59 officers. Our city council hasn’t taken a leadership role in addressing the immediate need of “gun violence apprehension” which would impact daily life in Roanoke’s neighborhoods now!

Roanokers in every neighborhood can and should recognize and support “Roanoke’s Finest,” the black, white, Hispanic and Asian men and women of our nationally accredited police department. Our recent history of good police-community relations should be acknowledged and reemphasized. Our once effective community policing initiative should be strengthened. All of this can be and should be supported by church leaders, homeowners, small business operators, those who walk on the Greenway or take the bus, in black, Hispanic and white neighborhoods.

We need a “Badges to Roanoke” initiative to make our streets safe again. We need a city government police hiring program to bring more sworn officers in as “Roanoke’s Finest.” Lynchburg and other Western Virginia jurisdictions are paying more and offering more benefits than Roanoke. Do our leaders think Roanokers want a second-rate police department? No way!

Roanoke’s “star” will shine again, and the level of gun violence will decrease, when this city, once again, has a fully staffed police department, not second to any other locality around. Roanoke’s police will then be prepared to apprehend gun violence criminals and bring them to justice.

To have the best, Roanoke must retain the good officers we have now, and initiate a “Badges to Roanoke” marketing and pay incentive program to achieve a fully staffed department. Anything less is unacceptable for a city that prides itself in the rule of law, respect for minorities and protection for individuals’ constitutional rights. We want our city to be safe again.

Action, not patience, is required now! The priority for Roanoke should be to have a fully staffed police department to curb gun violence.

I’d like to be able to walk with my teenage client, her family and her dog, in her inner-city neighborhood soon. But the Times editorial suggests that WE have to have a “gardener’s patience,” and wait till later. She’ll be grown up and move away by then! This beautiful, smart young lady should feel safe in her city sooner rather than later, as should we all.

Bowers is a former council member and mayor of Roanoke.

Fizer: In consideration of constitutional 'rights'

Webster’s defines “constitution” as the “basic principles and laws of a nation, state or social group that determines the powers and duties of…

Ballin: Men need to rethink their part in abortion debate 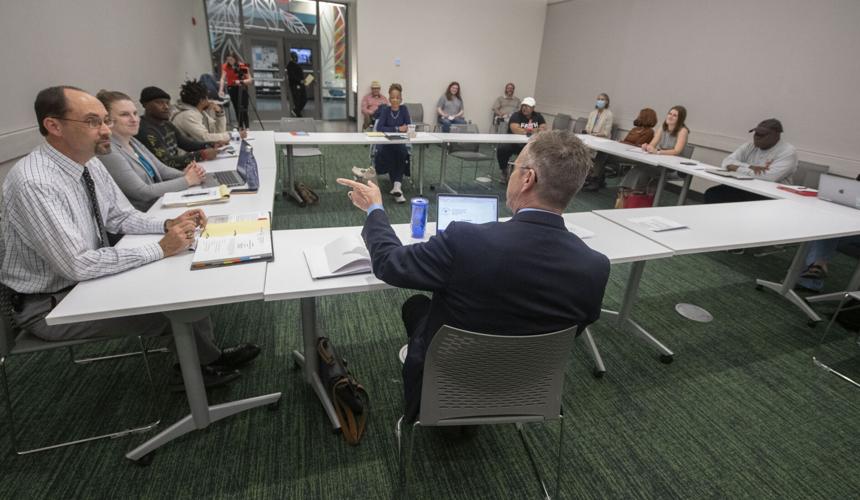 Roanoke City’s Gun Violence Prevention Commission met at Melrose Branch Library recently. The group is one of several initiatives the city is using to try to reduce the problem. This year’s city council election will, to whatever degree, be driven by the issue. 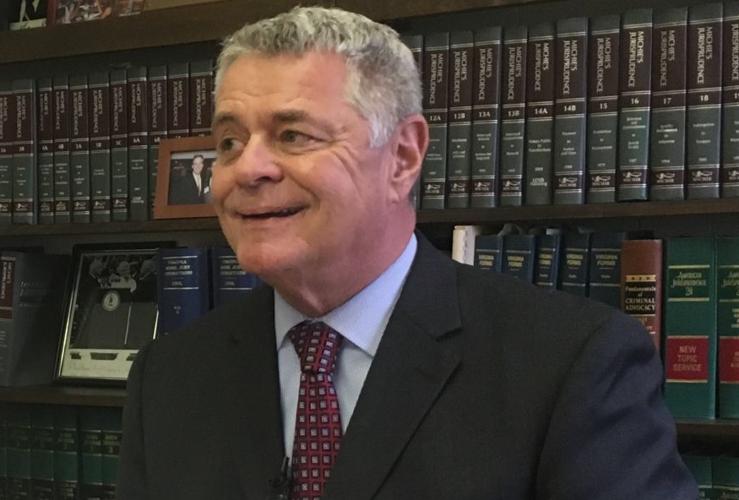