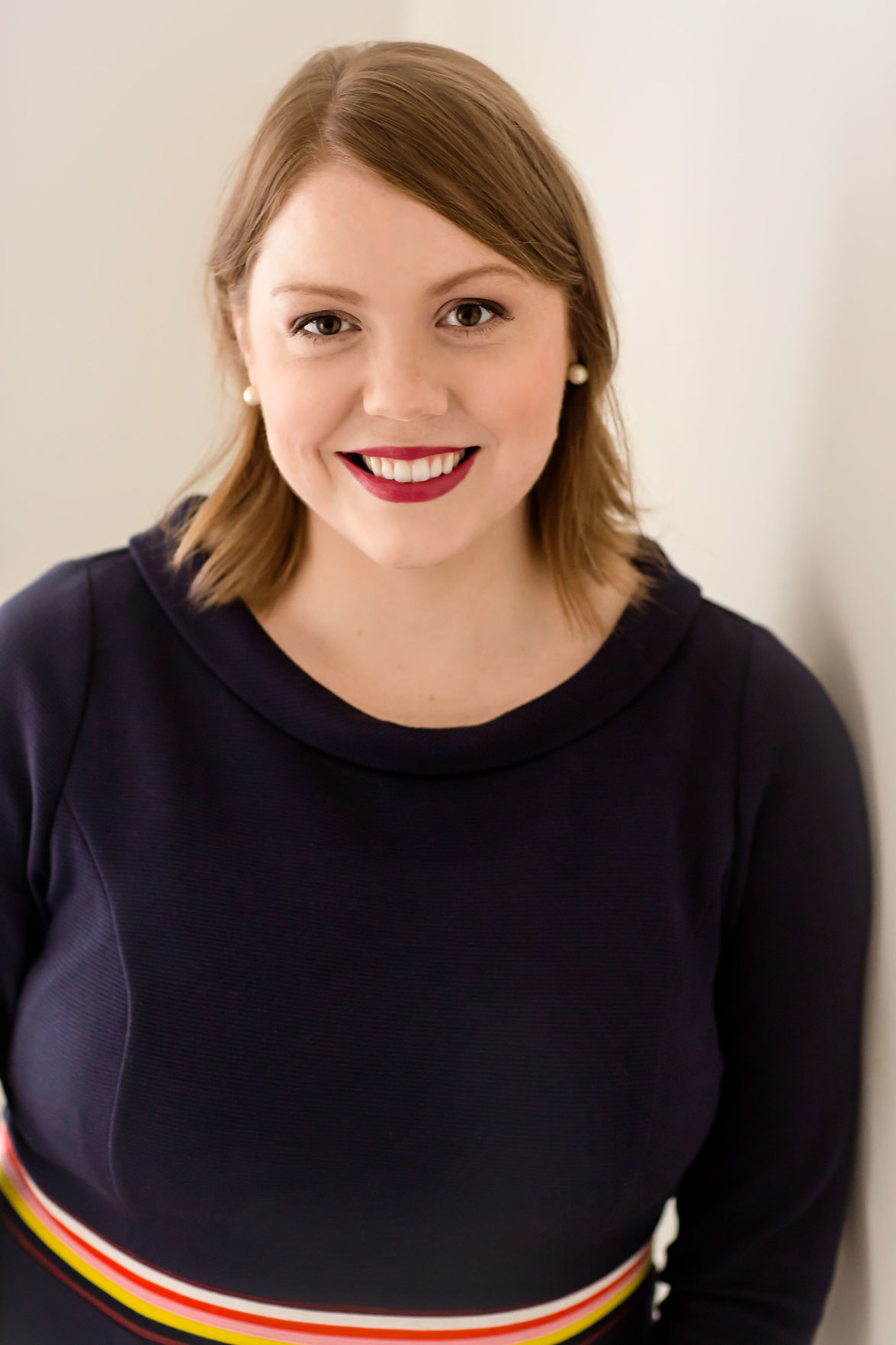 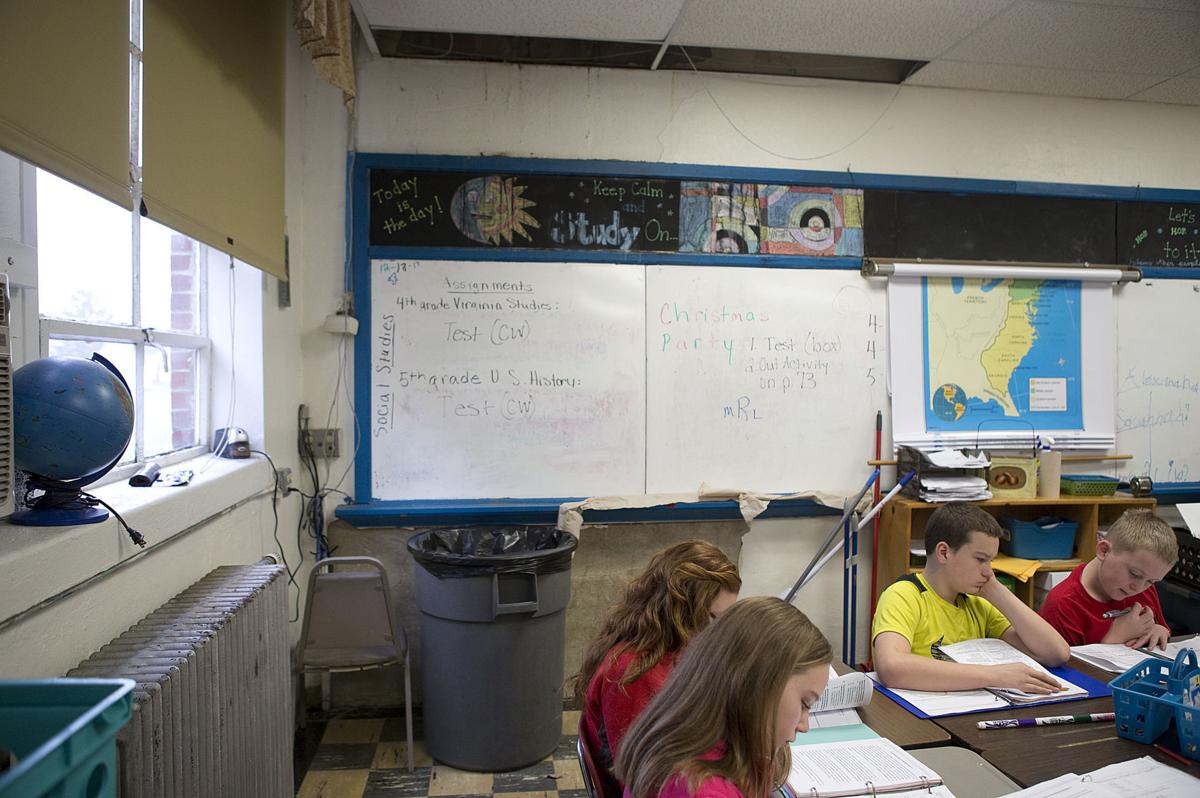 A garbage can collects water below a leaking ceiling as students study in a classroom at Flatwoods Elementary School in Lee County in December 2017. The roof has since been fixed but other structural problems, such as cracked walls, remain.

Rachael Deane Deane is Legal Director of the JustChildren Program for the Legal Aid Justice Center. She is based in Richmond.

Deane is legal director of the JustChildren Program for the Legal Aid Justice Center. She is based in Richmond.

Virginia’s first statewide system of free public schools was established in its 1870 Constitution, drafted by a legislature that included several delegates who had been born into slavery. The new Constitution held the promise that a free public education would be accessible to all children, regardless of race, though Virginia’s schools remained legally segregated until the 1950s. One hundred and fifty years later, Virginia continues to undermine that promise. Our schools are grossly underfunded. In communities that cannot afford to supplement what the Commonwealth provides for education, students and educators languish in crumbling buildings with inadequate technology, ancient textbooks, and too few support positions. Even in areas that can afford to supplement state education dollars, students who need extra support to succeed lag far behind their peers. The result is huge disparities in school quality and student achievement statewide.

The promise of public education in Virginia is more than aspirational — our legislature does indeed have a constitutional duty to fund our schools. Professor A.E. Dick Howard, the current Constitution’s chief architect, said as much in Friday’s Richmond Times-Dispatch. The editorial pages of this paper have prominently featured national education law experts arguing that our state Constitution requires, and case law supports, the idea that the General Assembly must fund our schools in a manner that allows school divisions to meet the Standards of Quality, the minimum educational requirements prescribed by Virginia’s Board of Education.

Last fall, after more than a year of studying educational needs across the Commonwealth, the Board prescribed new Standards of Quality for our public schools. The standards call for more school counselors, more leadership and mentorship opportunities for educators, more English Learner teachers, additional support staff, and a trailblazing Equity Fund that would increase funding for schools that serve the greatest number of children in poverty and would modernize Virginia’s education funding formula.

With its new Standards of Quality, the Virginia Board of Education has evaluated and prescribed what our schools need to meet constitutional standards. Our legislature now has the obligation to fund them, but it has signaled that it will not. A bill to codify the Standards of Quality, patroned by Senator Jennifer McClellan, passed out of the Senate but was amended with “the clause”—language that conditions enactment of the Standards on the funding to pay for them, effectively killing the bill. An identical House bill, patroned by Delegate Lashrecse Aird, advanced out of the House Education Committee but never made it to the House floor, having been left behind in House Appropriations.

Scott v. Commonwealth, the 1994 Virginia Supreme Court case on school funding, considered only whether our state Constitution requires equality of funding among school divisions. Regrettably, the Court found no mandate of “substantial equality” in spending or programs. It did find, however, that Virginia’s school-age children have a fundamental right to education. The Court twice noted that the student plaintiffs did not allege that Virginia’s funding system had prevented their schools from meeting the Standards of Quality — and therefore the Court did not rule on that issue.

Virginia’s schools need equitable, not equal, funding. Local fiscal capacity varies widely across the Commonwealth. Our current funding scheme is regressive, directing less overall funding effort to the school divisions that need it the most. Every school district should receive enough state dollars to provide a constitutionally adequate education to its students, but Virginia’s foundation of funding is too low to allow them to do so. Fully funding the Standards of Quality is the first step toward realizing education equity.

Virginia has a school funding crisis, and there is plenty of blame to go around. The governor’s proposed budget would not fully fund the prescribed Standards of Quality and does not implement the proposed Equity Fund.

The General Assembly has allowed our school funding crisis to worsen over the last decade. And the House Finance committee killed a common-sense bill to require combined tax reporting for corporations and their subsidiaries doing business in Virginia.

Those changes could have generated between $60 million and $80 million per year in new revenue for education. But public education supporters are putting up a fight.

There is a growing bipartisan and geographically diverse movement demanding that our legislature find the will and the dollars to live up to its moral and legal obligation to fund our schools.

The future of every child in every zip code is at stake.

A garbage can collects water below a leaking ceiling as students study in a classroom at Flatwoods Elementary School in Lee County in December 2017. The roof has since been fixed but other structural problems, such as cracked walls, remain.