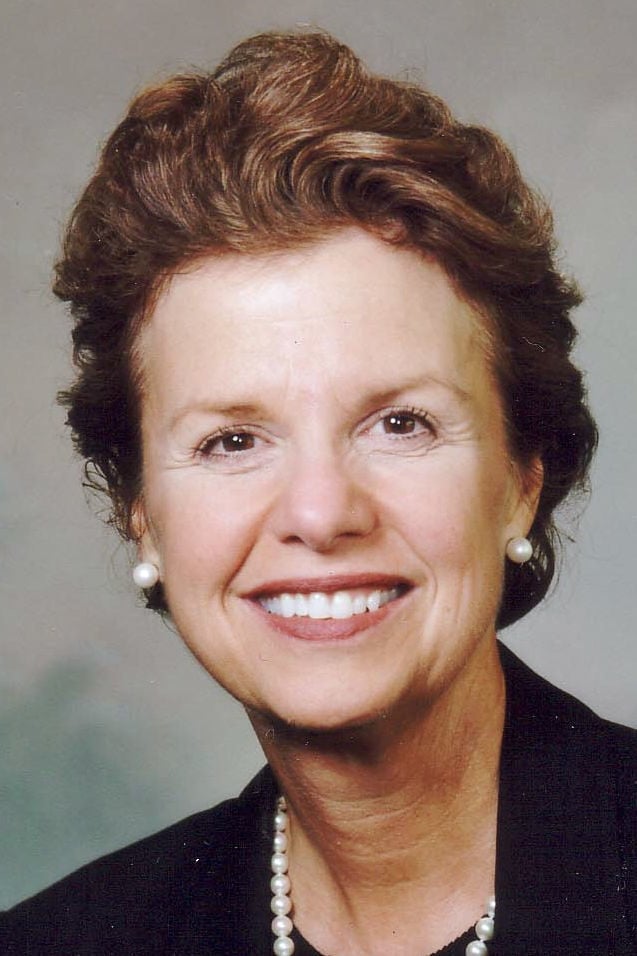 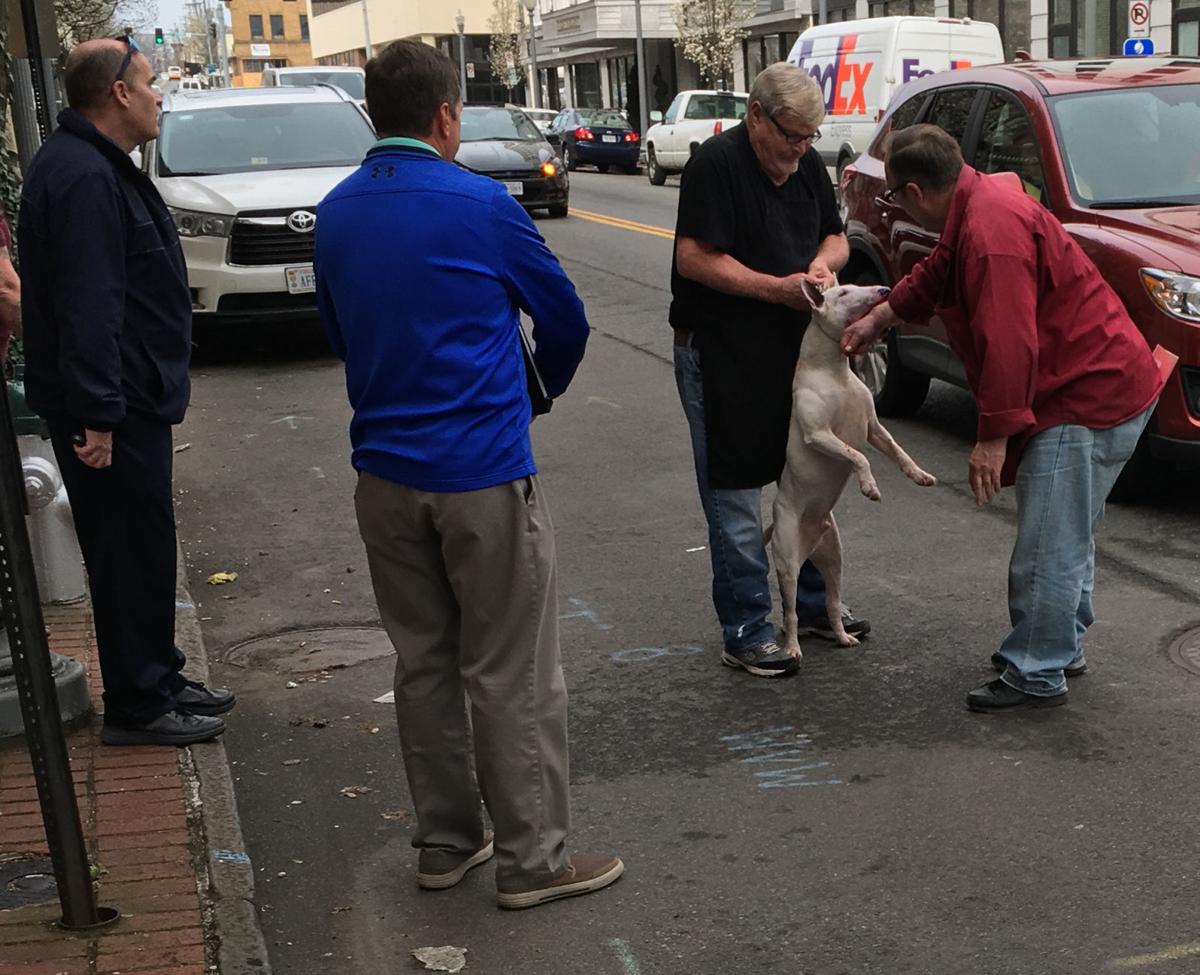 A man tries to force a bull terrier to release James Allen’s right arm in downtown Roanoke on March 29.

Bonny Lee Lee is Registered Nurse in Roanoke with a background in public health and woundcare. She volunteers for volunteer for a national non-profit organization that advocates for victims of dog attacks.

I write this as an individual who is terrified of and abhors gun violence. Mr. Cook, as the article noted, is facing charges that could lead to 16 years in prison and a felony record. His cat was previously injured; this time, however, the same two dogs killed the cat. Perhaps he was aware that current animal laws in Virginia favor dangerous dogs, not humans or their domestic pets.

Mr. Cook may have known of the gruesome death of ninety-one-year-old Margaret Colvin of Virginia Beach, who was killed by a dog named Blue. Blue, despite biting a child in New York, was routed through five rescue programs before landing in Virginia Beach at Forever Home Rescue and Rehabilitation. The rescuers described Blue as “passing his final evaluation with flying colors,” ignoring the fact that Blue was immediately returned by the first potential adopter in Virginia Beach due to the dog’s aggression. Undaunted, these rehabbers adopted Blue out to the family of Margaret Colvin, where the dog killed her within five hours. The punishment for Forever Home Rescue and Rehabilitation was $750 on misdemeanor charges.

Perhaps Mr. Cook also was aware of Lisa Hairston of Danville. She spent 24 days in the hospital, was on dialysis, and septic after being attacked in her own yard by a neighbor’s dog. Ms. Hairston has been left financially devastated, with permanent lower extremity neuropathy and, understandably, with some significant PTSD. I was in court and watched as the owner walked away with a $100 fine.

Or perhaps Mr. Cook noted the recent Roanoke Times story concerning the $500 misdemeanor charges for Mark Farley Roberts. His dog Wolfgang, a previous biter, in a frenzied attack went after three people on a downtown street, sending two of them to the hospital. Bystanders described it as “traumatizing,” “escalating,” and “going on and on.” Had Wolfgang survived being shot by a bystander, our locals who advocate for high-risk dogs would have mounted a huge social media campaign to “save Wolfgang.”

Perhaps Mr. Cook was aware of the incident at Mardelian Farm in Dinwiddie County, where dogs attacked small goats. Four goats were found dead and eight severely injured. Two little goats drowned trying to escape the dogs. The owner stated these were the same dogs that had attacked previously in September 2017, but were back with the owner. Or how about another dog that attacked a Harrisonburg Police Officer, was ordered euthanized, then “saved” by local advocates? The owner decided she didn’t want the dog back and one must suppose that taxpayers there have been supporting the dog for three months in a public shelter.

Perhaps Mr. Cook read the Feb. 22, 2018, article in the Roanoke Times, in which Roanoke City Animal Warden Emma Hanes stated that we have “three to four dog bites a week, varying in severity.” Yet surprisingly only one dog in the city of Roanoke was deemed “dangerous” in 2017 and only three in 2016.

Perhaps Mr. Cook felt that nothing would be done about his dead kitty and he, for lack of a better phrase, just lost it.

On a positive note, the Virginia legislature this year enacted SB 571, becoming the first state in the nation to require information about bite history on a human being or domestic pet to be disclosed to potential adopters. This was supported by Virginia Animal Control Association and the Virginia Alliance for Animal Shelters, sponsored by Senator Bill DeSteph of Virginia Beach, and passed by the General Assembly without a dissenting vote. That is a step in the right direction to re-balance the worth of humans and their domestic pets against dangerous dogs.

A man tries to force a bull terrier to release James Allen’s right arm in downtown Roanoke on March 29.