Limpert: Pipeline coating is dangerous
0 comments
Share this
Only $3 for 13 weeks
1 of 2 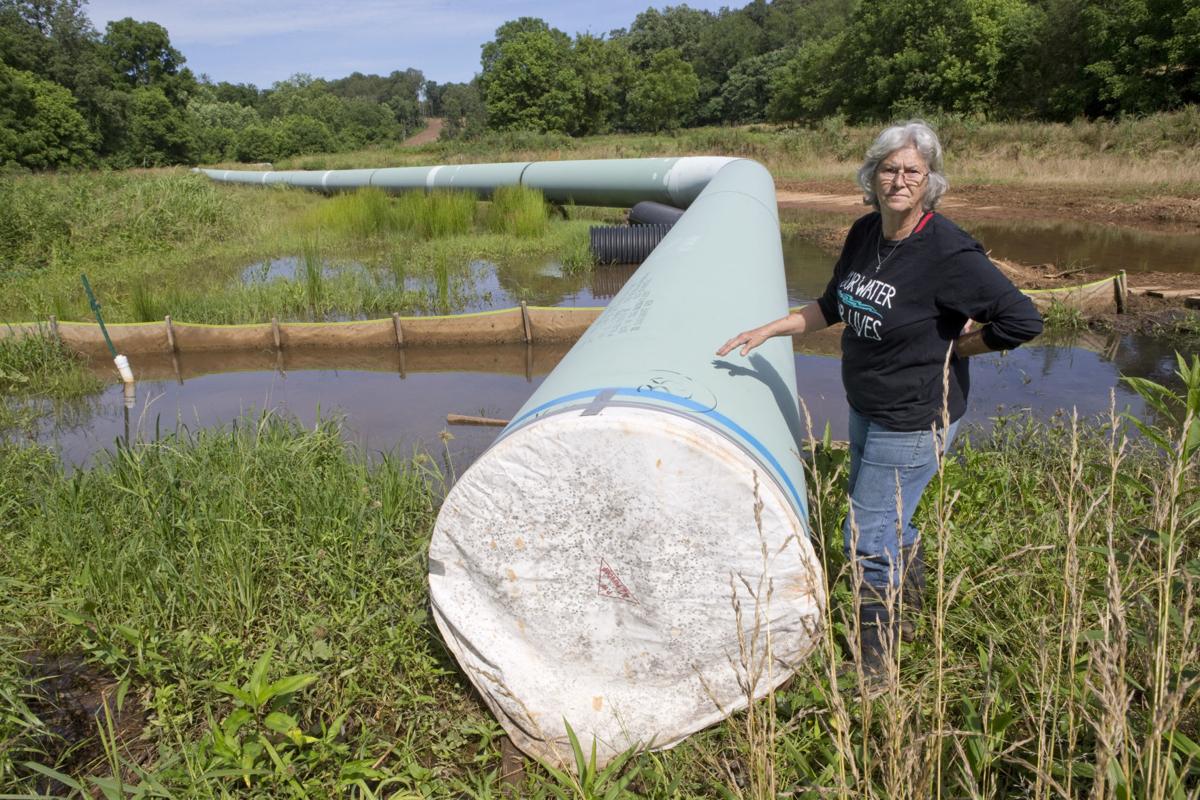 Betty Werner, co-owner of Four Corners Farm in Franklin County, stands by a section of the Mountain Valley Pipeline that has been exposed since last summer. 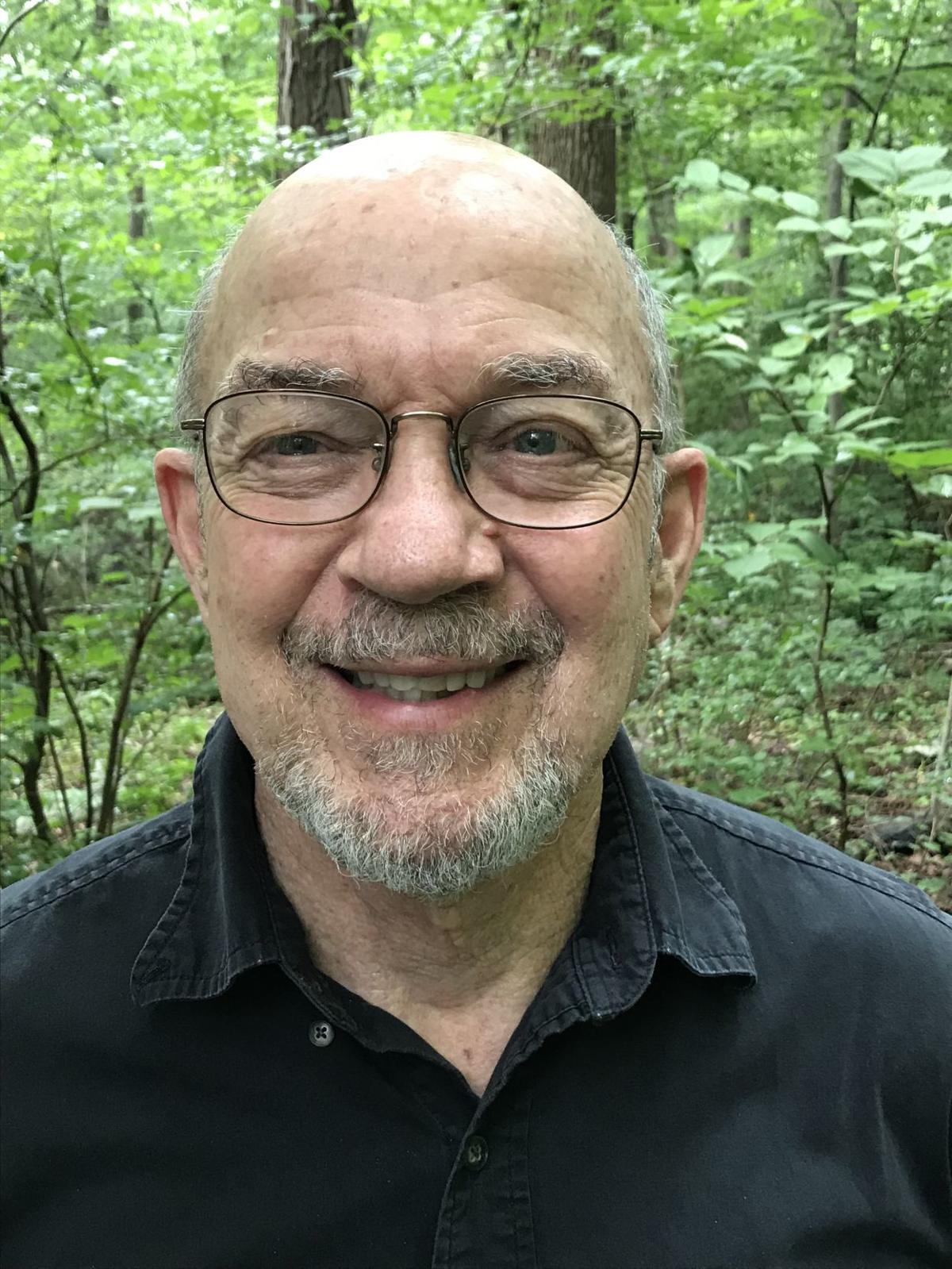 Limpert is a retired environmental regulator with an emphasis in water pollution and particularly pollution from construction projects. He lives in Bath County.

I much appreciate Laurence Hammack’s article regarding the horrific life-changing impacts to residents along the Mountain Valley Pipeline (“Mountain Valley Pipeline will take longer and cost more to complete, company says,” June 17 news story.) We landowners along the Atlantic Coast Pipeline stand in solidarity with them The Roanoke Times has been a steadfast source of information, and a voice for residents of Virginia for many years. We appreciate the great service that Mr. Hammack and the Roanoke Times has provided to this community, and southwest Virginia.

Nevertheless, I have concerns with statements made by the MVP and the regulatory agencies for the article. My issues are not with Mr. Hammack, nor the paper.

The MVP, and the ACP are coated with 3M Scotchkote Fusion Bonded Epoxy 6233 (FBE) which is designed to protect the pipes from corrosion, which leads to leaks, and explosions. FBE degrades, chalks off the pipes, and becomes thinner and less protective when exposed to sunlight.

The Material Safety Data Sheet (MSDS) for this material lists carcinogenic, mutagenic, and toxic properties. Scientific data indicates that chemicals that leach from epoxy resins, like this FBE, contain carcinogenic compounds, including benzene, and other compounds that cause significant health threats. A 3M company position paper states that some of the FBE degradation products are toxic to aquatic life.

Since FBE is degrading off the pipes, it presents both public safety and health threats. The safety threat is catastrophic explosions.from pipe corrosion. Corrosion is a leading cause of pipe failure. The health threat is from ingesting or inhaling FBE or its byproducts, as it degrades into our environment. This is a concern all along the route, but especially in karst areas where private wells and springs are used for drinking water.

Natalie Cox, spokeswoman for the MVP stated that this type of coating is routinely used on the interior of pipes used for drinking water. However, this specific coating has not been approved for potable water pipes, according to the NSF, a public health and safety organization that tests and certifies products for drinking water, and is not listed as approved under NSF/ANSI Code 61

Ms. Cox also stated that the FBE coating will protect the pipe welds. FBE is a long term corrosion protection measure. It has little, if any, effect on protecting welds, or the pipe itself from stresses caused by ongoing flexing, such as when pipes are immersed in water through a winter of freezing and thawing. Flexing can also result in FBE dis-adhering from the pipe.

MVP’s senior vice president, Robert Cooper, told a federal court last year that MVP needed to immediately seize 296 properties, and begin construction, due to concerns about FBE degradation, but now, with nearly an additional year and a half of FBE exposure to sunlight, everything is apparently okay

DEQ Director Paylor and Commissioner Oliver stated that neither 3M, the EPA, nor NSF has shared any health risks from the FBE. They also stated that DEQ and VDH have not found a specific environmental or health risk associated with it. Nevertheless, none of these parties have stated that it is safe for our environment, or human health, nor have they produced any reassuring research findings. Paylor and Oliver have seen the MSDS, are aware of the epoxy resins byproducts, and have read the 3M statement regarding toxicity to aquatic life.

FERC spokeswoman Tamara Young-Allen is incorrect when she advises that FERC does not regulate pipeline coatings. FERC is required to evaluate the environmental impacts of the coating under the National Environmental Protection Act (NEPA).

FERC referred FBE coating issues to the Pipeline and Hazardous Materials Safety ration (PHMSA)., PHMSA advised that the MVP has followed proper storage procedures, and they found no FBE degradation as of last November. PHMSA is responsible for pipe integrity, and safety issues. PHMSA refuses to give the public any inspection information, and has thrown an iron curtain of secrecy around these projects, so we cannot verify if proper storage is occurring. Nevertheless, I have an e-mail from PHMSA advising that they found “possible” chalking on MVP pipes last November, but did not consider it serious. Chalking is degradation. Images in the news article clearly show FBE degradation.

We should all be concerned when state and federal agencies fail to act to protect the public, without proof there is no risk, and while making vague and evasive statements to support their inaction. Likewise for the pipeline industry.

They are all playing Russian Roulette with citizens’ health and safety.

Bechtel: What the sculptor saw

Boucher: Congress can narrow the health care gap by closing the digital divide

Hileman: Why has it taken so long for MVP to get a new permit?

By Ila Schepisi and Pamela B. Teaster

Betty Werner, co-owner of Four Corners Farm in Franklin County, stands by a section of the Mountain Valley Pipeline that has been exposed since last summer.