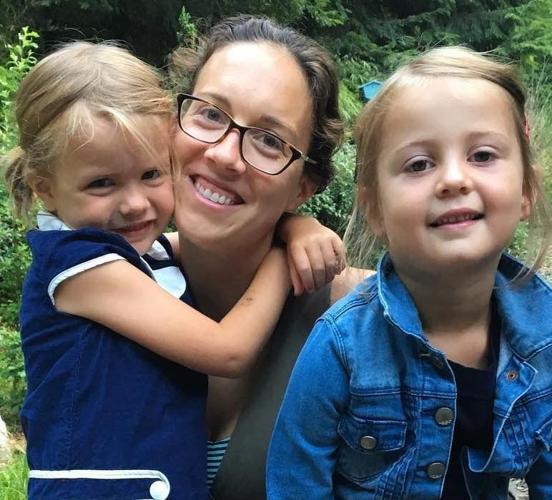 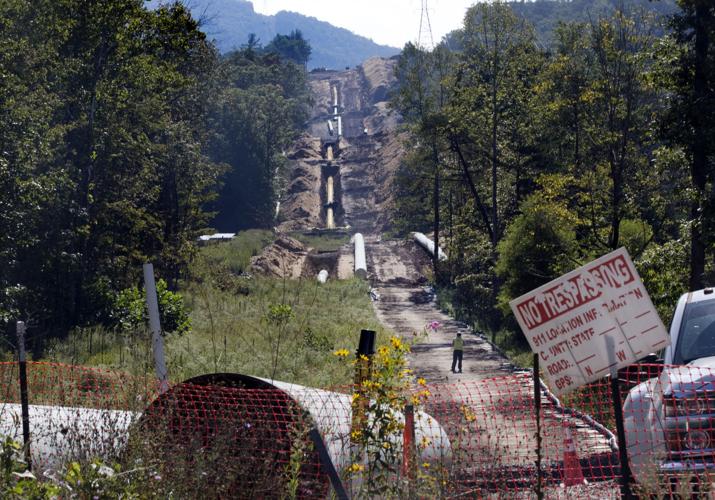 Emily Little Little is a Charlottesville-based mother, nurse, climate activist and a member of Virginia Clinicians for Climate Action.

Little is a Charlottesville-based mother, nurse, climate activist and a member of Virginia Clinicians for Climate Action.

As healthcare professionals concerned about the health of our patients, our communities, and our planet, let us be clear: building out fossil fuel infrastructure that is neither safe nor needed is a bad idea. Building it in the midst of a pandemic that is disproportionately harming racial and ethnic minority communities is an even worse idea.

The Mountain Valley Pipeline (MVP) is a $5.5 billion bad idea. It is not needed. Only 0.5% of the fracked gas it would carry from West Virginia is slated for Virginia. And the project has shown consistent disregard for the welfare of Virginians. The company has paid over $2 million in fines for ignoring Virginia law. In October, the Fourth Circuit Court of Appeals vacated the project’s Nationwide 12 permit, and last year, the Federal Energy Regulatory Commission (FERC) issued a stop work order, based on threats to endangered species. As a result, work on the pipeline has largely ceased, with the exception of erosion and sediment control maintenance performed by a small workforce.

Yet, as if these were not reason enough to abandon this folly, COVID-19 has delivered another.

The CEO of MVP’s parent company assured investors on a May 14 earnings call that “as soon as” the federal stop-work order is lifted, probably in July, “we will fully mobilize and get upwards of 4,000 people right [a]way”. Bringing 4,000 out-of-state workers into our vulnerable communities poses significant health risks to Virginians. While Virginia is successfully reducing our rates of infection, these workers would come from multiple states across the country. They procure housing in clusters at hotels and campgrounds, huddle for morning instructions, congregate after hours, and commute to job sites by the school busload. Close contact among workers puts them at risk and makes them potential vehicles for transmission of COVID-19 to the community.

The danger posed by thousands of workers building a multi-billion dollar construction project in the Commonwealth is not hypothetical. In April, about twenty workers at a small construction site at Cave Spring High School near Roanoke, many from out of state, tested positive for COVID-19. There is good reason to expect that this experience would be repeated, given that MVP has ignored social distancing requirements during the maintenance work allowed under FERC’s stop work order. Monitors from a community group, Mountain Valley Watch, took photographs that show MVP workers congregating in groups closer than six feet and without facemasks, despite state protocols.

The risks in Virginia are heightened by where, according to the MVP earnings call, the “vast majority of the remaining work” would take place. Most of the remaining work is “30 miles of upland work”. This presumptively includes areas such as Giles and Craig counties, where, according to MVP’s own weekly compliance reports, the project is less than 20 percent complete, and in Montgomery and Roanoke counties, where it is less than 50 percent complete.

These counties have limited access to health care and an extreme shortage of Intensive Care Unit (ICU) beds. According to the Kaiser Family Foundation, Craig, Giles, Pittsylvania and Roanoke counties have zero ICU beds. With approximately 100 ICU beds in the entire six county area, the health system along the MVP route clearly is not well equipped to deal with an outbreak of COVID-19 brought by out-of-state workers. Furthermore, the population is extremely vulnerable to COVID-19 due to higher concentrations of people 65 and older, of people in poverty, and of people with COPD and cardiovascular disease than in Virginia as a whole.

The health of Virginians should not be held hostage to an out-of-state company’s boondoggle that provides almost no benefit to Virginia’s energy supply. Virginia Clinicians for Climate Action has consistently held the position that both the MVP and the Atlantic Coast Pipeline (ACP) pose risks to our health and our future. Continued work on these dangerous projects during a pandemic only heightens the threat they pose to Virginians. We ask our state health officials and Governor Northam to halt all construction on the Mountain Valley Pipeline.

Howard: The new legacy of lying at Washington and Lee

For me it has always been enough for someone to say that Robert E. Lee was the warlord of the Confederacy and they hate everything about him. …

Commentary: Use of the Holman Rule should be strongly opposed

On Jan. 9, the House of Representatives adopted new procedural rules proposed by hardline Republicans in exchange for supporting Kevin McCarth…

Commentary: Buses are for everyone

Buses are more important than you might realize. In fact, buses are a necessity to our city and a service for all its stakeholders.

Commentary: New pet for the holidays – now what?

In the wake of the holiday season, many of us made gift exchanges or returned unwanted presents to the store. Unfortunately, toys and T-shirts…

Commentary: An investment in families, children and our community

There aren’t very many magic bullets in the world of public policy. Complicated problems more often than not require nuanced solutions — the k…

Commentary: Camaraderie on the gridiron would come with a price

A friend of mine passed away recently. I say “a friend” even though I really only knew him well for part of one year five decades ago. We were…