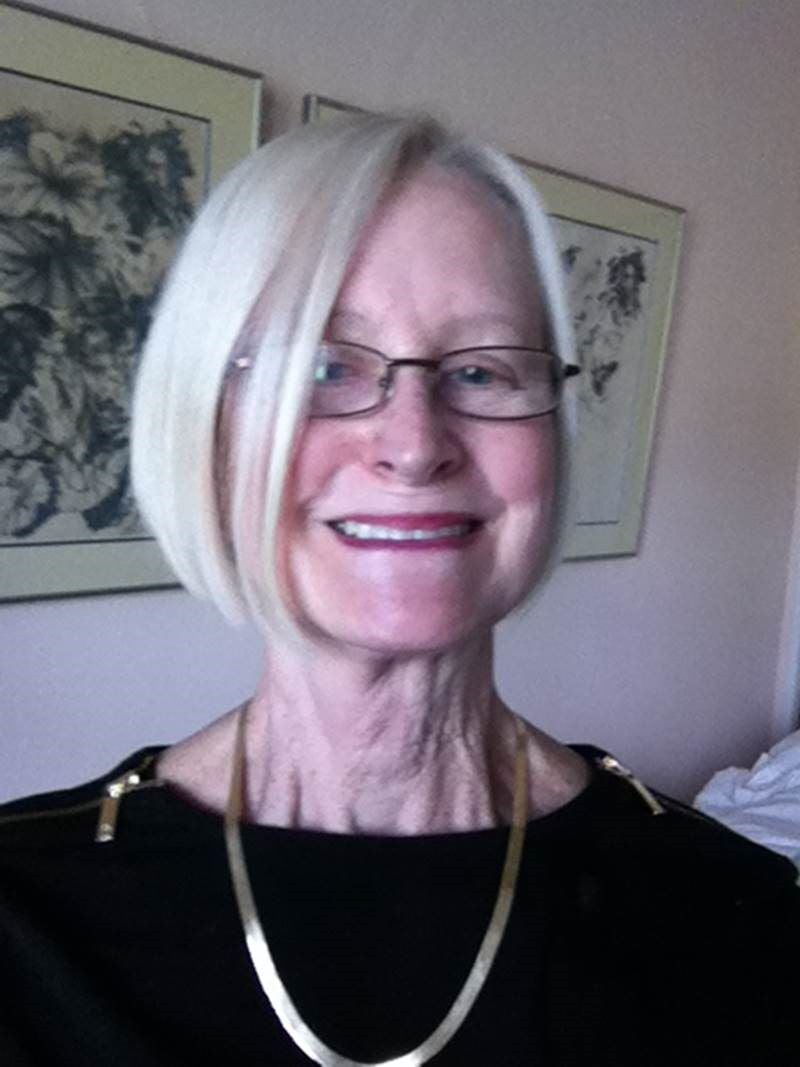 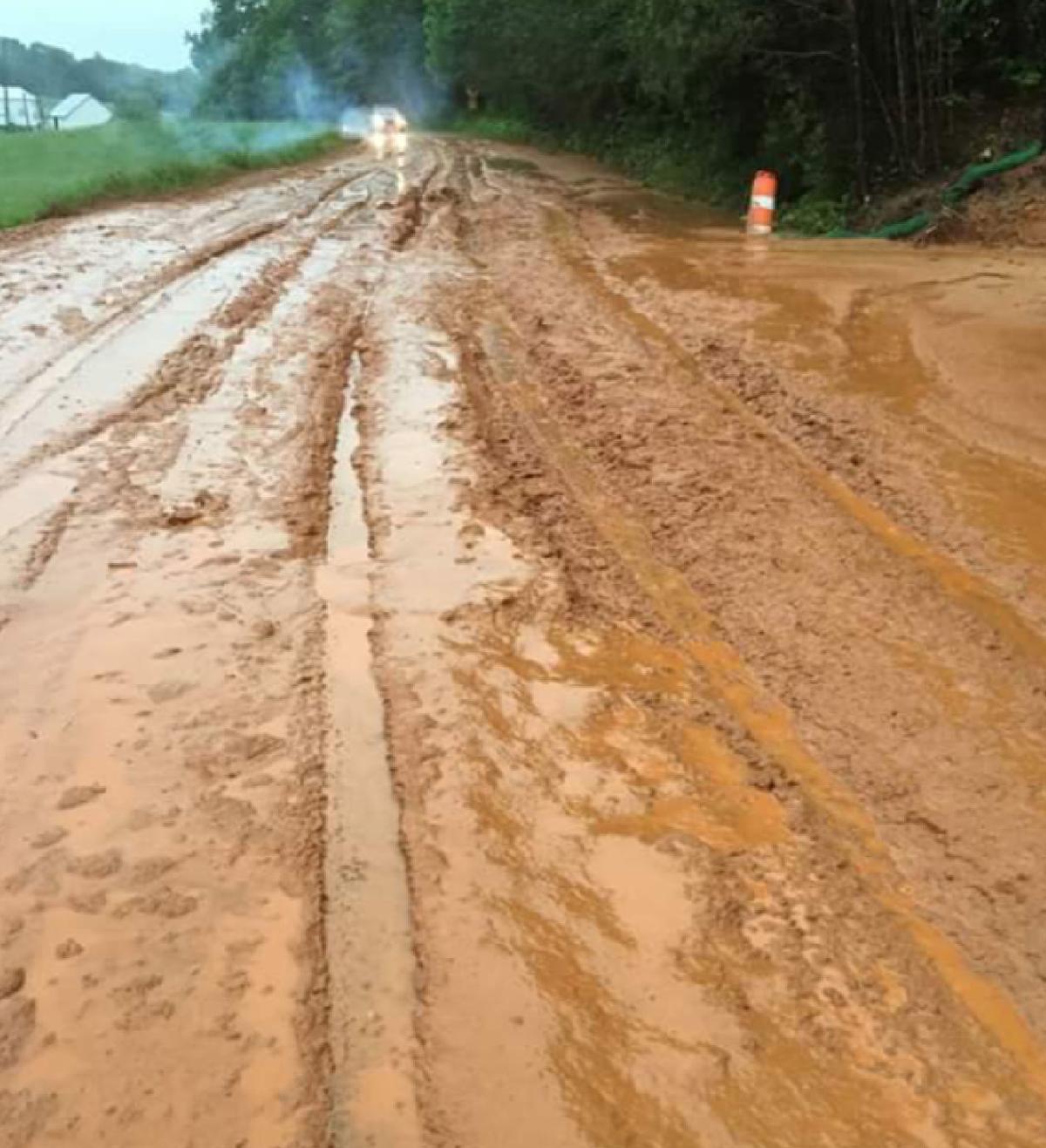 Cahas Mountain Road is covered with mud running off the Mountain Valley Pipeline construction site on May 18, 2018.

Cynthia Munley Munley is an organizer of Preserve Salem.

Munley is an organizer of Preserve Salem.

Mountain Valley Pipeline (MVP) is engineered, constructed and fatally-flawed because of its contractor’s gross underestimate of stormwater runoff. Mounting evidence of engineering failure started with a landslide on Cahas Mountain Road in May 2018.

The State Water Control Board (SWCB) is the citizenry’s ultimate defense against schemes by government leaders under the influence of campaign contributions and an industry colluding with the predatory Federal Energy Regulatory Commission (FERC). In August 2018, the SWCB came one vote shy of revoking MVP’s 401 permit. In December 2018, it voted to reconsider, but after three months of silence, the board met in private for four hours with the Attorney General’s counsel. Without explanation, the board announced it “lacked authority to revoke” — abandoning its more accountable new direction along with science and mounting, documented violations.

The board should have held firm, despite pressure from Mark Herring’s office. After all, Herring, attorney general under two pro-pipeline governors, has ignored his responsibility to protect Virginia from MVP’s harmful negligence. That includes a paltry $2.5 million in civil fines for criminal violations where MVP admits no fault or liability. Even after Herring was given information of MVP’s faulty stormwater analysis and its illegal construction activities, he still failed to act.

Pipeline construction should never have been allowed after the 4th Circuit revoked its major forest and water-crossing permits. Citizens are owed a federal investigation to learn exactly why the unprecedented environmental destruction unfolded despite extensive date-and-time-stamped documentation by Mountain Valley Watch and property owners to Virginia DEQ.

MVP admits its stated plans for crossing hundreds of streams “was a theoretical desktop analysis and did not take site specific constructability issues (elevations, terrain, and workspace) into account. During its subsequent field reviews, MVP determined that execution of the mitigation measures, as written, would pose increased environmental or landslide risks or be unsafe or impractical due to terrain or geology.” Following this confession, FERC continues granting MVP’s every destructive variance request.

In less than two years, our region now hosts destroyed historic districts, ruined farms, harmed endangered wildlife, permanent mountain defacement and long-term destabilization. Restoration will cost billions. Because the SWCB’s original claim of maintaining “reasonable assurance of water quality” is indisputably false, the SWCB must now stand with Virginia citizens and experts who warned and opposed MVP, but were ignored from the start. They have this opportunity on December 13 at their regular Richmond meeting.

SWCB meetings are painfully difficult and unwelcoming. DEQ staff reports to the SWCB contain falsehoods without adequate opportunity for harmed landowners to rebut. After driving hours to SWCB meetings in Richmond, citizens are restricted to three-minute comments. Landowners, whose lives have been upended and who have diligently reported problems, are made to feel they are responsible for failures to report issues to DEQ.

Why has massive, recurring sediment erosion belied the SWCB’s “reasonable assurance of water quality? Simply because MVP is designed and constructed upon a gross underestimate of peak stormwater analysis by MVP consultant, Tetra Tech. MVP does not dispute this fundamental flaw which is compounded by DEQ’s substitute boilerplate Nationwide12 permit instead of the gold standard stream-by-stream permitting. Even a FERC expert advised individual stream-crossing plans, but was overridden.

At multiple points, scientific permitting scrutiny would have stopped this infrastructure catastrophe which is a direct attack on our region and state. Since there is no proven need or benefit, MVP’s construction “progress” can only be explained by corruption. What leader would allow this plunder of his state? Due to Virginia’s regulatory failure, restoration costs will dwarf projected, rising pipeline costs. MVP’s constantly-improvised engineering renders this project illegal and too dangerous to pass compressed gas.

MVP is temporarily stopped until January by federal courts and the FERC to reconsider its Endangered Species Permit. Citizens have carried on five years of relentless opposition including two years of stressful, environmentally-destructive pipeline construction. While MVP faces daunting odds to reach completion, it is woefully past time for Virginia’s SWCB to exercise its authority to stop this dangerous and unnecessary engineering project that it originally permitted.

Cahas Mountain Road is covered with mud running off the Mountain Valley Pipeline construction site on May 18, 2018.