Sims: We shouldn't honor the worst of traitors
0 comments
Share this
{{featured_button_text}}
1 of 2 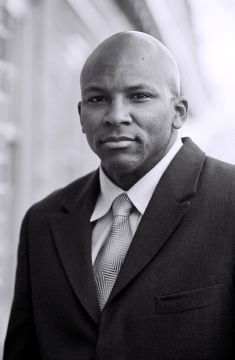 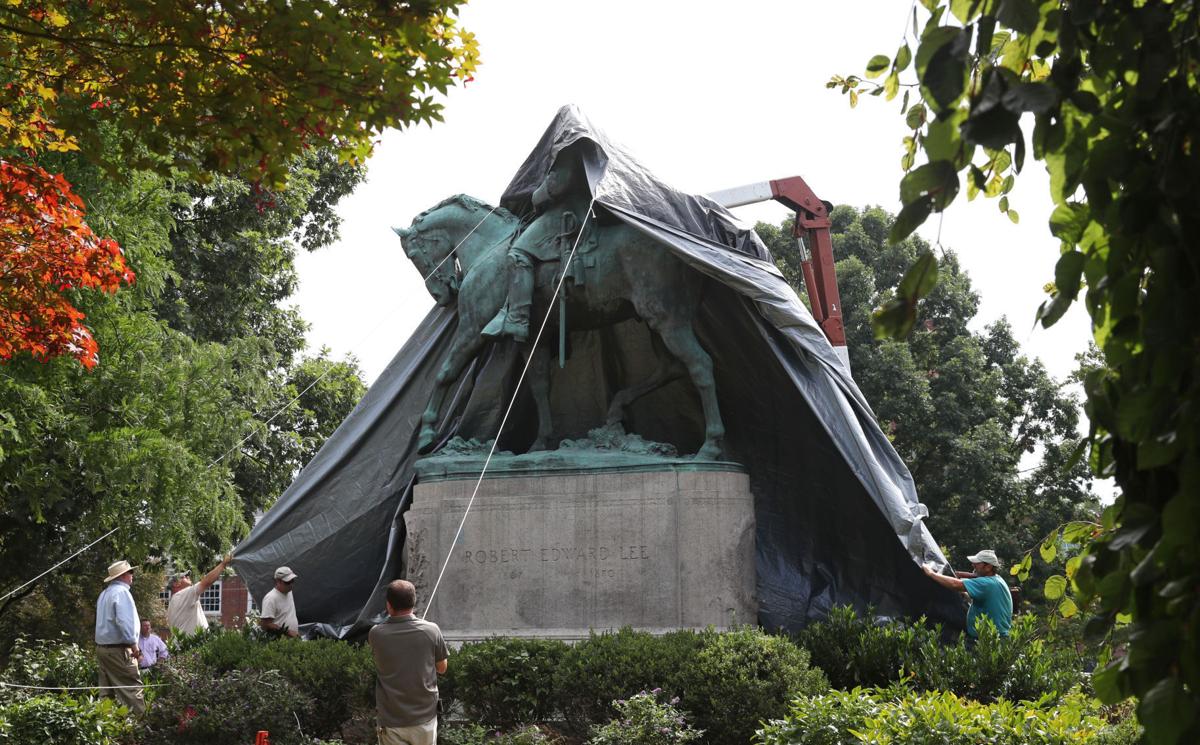 Charlottesville city workers veiled the Robert E. Lee statue in 2017 after a deadly white supremacist rally to protest the city’s effort to move the statue.

Terron Sims Sims is a former Army Captain and Security Fellow with Truman who lives in Virginia. He lives in Arlington.

When Confederate forces attacked and captured Fort Sumter in April 1861, the Civil War began; thus, those U.S. citizens had committed a treasonous act against the United States. Shortly thereafter, now storied men like Robert E. Lee and Stonewall Jackson discarded their U.S. Army blue uniforms and replaced them with Confederate grey — and in doing so, committed treason against the United States.

The U.S. Constitution’s definition of treason is pretty cut and dry, yet too many in our nation herald these traitors as heroes. How the Civil War is taught in our schools does not help. For instance, using the phrase, the War of Northern Aggression, instead of Civil War fails to highlight the fact that the Confederate States were the aggressors, for they instigated the war. Our schools teach us that the Confederacy was fighting for states’ rights, but in truth, they were fighting for the exact opposite. The slave holding states wanted the federal government to enforce their right to capture their runaway slaves via the Fugitive Slave Act of 1850. The non-slave holding states were against the act, but it served as a compromise to postpone an inevitable civil war. However, when the Republican Party later announced its anti-slavery expansionist platform, the slave holding states feared that they would lose their right to recapture their slaves in the non-slave holding states and territories—and so they chose to secede.

In May 2017, Alabama’s state legislature passed a bill preventing the removal of historic monuments erected more than 40 years ago of traitors from the Civil War. Some time after, Birmingham’s elected officials, who represent a 70 percent Black populace, attempted to remove a Confederate monument. Because of the state law, they were unable to do so; therefore, they obscured the monument with a 52-foot box. Fast forward to January 2019, Jefferson County Circuit Judge Michael Graffeo overturned a bill saying that the state cannot “commandeer the city’s property for the state’s preferred message” on the people and that a city has a right “to select the views that it wants to express.” Judge Graffeo also stated that the bill violated the Fourteenth Amendment. Of course, the state has filed an appeal, demonstrating that, just like the original Confederates, Alabama wants to use the Constitution to defend acts of terror and oppression. After all, what else is a monument heralding Confederates to a people whom those Confederates attempted to keep in bondage?

When the Founding Fathers led the rebellion against Great Britain, their major concern was that if they were to lose, their fate was execution for being traitors to the crown. Fortunately, they won, and thus are heralded and praised as the founders of our country. Schools, roads, airports, even a state, are named in honor of George Washington, but, nowhere in Great Britain will you find anything memorializing him. There are no British soldiers training on British military installations named in honor of George Washington or any of the Founders because, rightfully so, none exist.

Meanwhile, ten U.S. military installations are named after Confederate officers and, purposely, all located in former Confederate slave-holding states. My home state of Virginia has 242 monuments memorializing Confederate traitors, the most in our country. We are the only nation in history that honors the worst of its traitors — those leaders who led the insurrection. People who defend and praise the secessionist traitors use terms like honor and strong values to define these men; yet, there is no honor in rebelling against your country when the purpose is to keep human beings in bondage. Whatever honor they may have had prior to joining the Confederacy was negated the moment they joined.

When someone says that they support the Confederacy or that they hold Robert E. Lee in high esteem, what they are actually saying is that they wish that the Confederacy had won the American Civil War and that the institution of slavery should have spread throughout North America and unravelled the United States as we know it.

Though the Civil War began because of slavery, the issue at hand is that We the People should not be celebrating those who attempted to overthrow our country. There are so many great Americans who remained true to our nation throughout the entirety of their lives whom we can herald that we do not need to waste time, energy, or taxpayer dollars heralding men whose greatest contribution to history was the attempted overthrow of these United States of America.

Charlottesville city workers veiled the Robert E. Lee statue in 2017 after a deadly white supremacist rally to protest the city’s effort to move the statue.