A little more than a half-century ago, conservative Democrats — back then there were such things — wrote a loophole into the state constitution that had the effect of legalizing the disparities between the state’s poorest schools and its most affluent ones.

That breed of Democrat is no more but strangely there’s been a bipartisan agreement in the General Assembly to preserve their constitutionally approved inequities.

The past few years, a conservative Republican — state Sen. Bill Stanley, R-Franklin County — has taken it upon himself to challenge that disparity, which falls most heavily on schools in Republican-voting rural areas and Democratic-voting central cities. His efforts, which logically ought to form the basis for a bipartisan coalition, instead forged a different sort of coalition, as members of both parties voted to deep-six both his calls for a constitutional rewrite and a $3 billion bond issue for school construction.

We have surmised many reasons why Stanley’s twin proposals haven’t gotten more traction. The Republican opposition is easier to fathom; Republicans likely look at the price tag and blanch, even though their communities would be among the prime beneficiaries. The Democratic opposition is more curious, especially since Democrats like to style themselves as the party that cares the most about public schools. Are they jealous that they didn’t think of this? Or are they not interested because paying for school construction doesn’t excite their constituencies in the same way that paying for higher teacher salaries does? Or, more cynically, as Democrats have come to be more of a party dominated by voters in the affluent suburbs of Northern Virginia, have they simply lost interested in the whole issue of school disparity? After all, Virginia Democrats are now effectively the party of the “haves” rather than the “have nots.”

Hold those thoughts, because we’re about to get an interesting test of all those propositions in the newly convened General Assembly session.

Stanley is back with both of his measures; the gentleman does not lack for persistence. What’s new this time around is there is also a similar push from a Democrat. Del. Chris Hurst, D-Blacksburg, has also introduced a constitutional amendment to fix the disparity loophole. The two amendments are different — more on that shortly — but we now have the sight of both a conservative Republican and a liberal Democrat trying to do the same thing. That ought to at least make the point that this is neither a partisan nor an ideological issue. Interestingly, this sets up a dynamic similar to the one that we saw in the 1969 General Assembly. Then it was a coalition of liberal Democrats and western Republicans who tried, and failed, to close the disparity loophole. Hurst is simply following in the footsteps of such liberal icons as Henry Howell and George Rawlings, while Stanley is doing the same work that Republicans Caldwell Butler and A.R. “Pete” Giesen tried to do back then.

Let’s review: The essence of the problem is that when it comes to education, the Virginia Constitution says the legislature “shall seek to ensure that an educational program of high quality is established and maintained.” Critics pointed out that the phrase “seek to” undermines the whole passage. It mandates nothing; it is merely aspirational. Rawlings, then a legislator from Fredericksburg, warned: “We can be ‘seeking to’ and ‘striving to’ for the next 30 years. We should, in this Constitution, establish an absolute dedication to high quality education.” He was only wrong about the time scale.

Stanley and Hurst would fix that problem in two different ways. Stanley’s amendment would leave the “seek to” language but rewrite another passage of the constitution. Where it now says “The General Assembly shall provide for a system of free public elementary and secondary schools for all children of school age throughout the Commonwealth,” Stanley’s amendment would insert the critical phrase “with equal educational opportunities,” as in “schools with equal educational opportunities.” Hurst’s amendment goes back to what legislators in 1969 tried to do and would simply strike the “seek to” phrase. His amendment also adds a subtle but critical revision elsewhere. The constitution now requires the General Assembly provide for that public school system; Hurst’s amendment would change that to “the commonwealth,” making it a mandate for all state government, not simply the legislature.

Lawyers can haggle over which version is preferrable and why, or whether one would do something that the other doesn’t. We’ll focus instead on the big picture: We now have two legislators, from different parties, on board for fixing the problem. Now the challenge: Can they persuade others? A short legislative session that has to wrestle with a host of other problems doesn’t offer the best opportunity for making a fundamental change in Virginia law. However, it’s also an election year — in November, we’ll elect a new governor and all 100 members of the House of Delegates. Every candidate always says they’re pro-education; here’s a chance to prove it. Failure to endorse one of these amendments suggests their pro-education rhetoric is merely that.

Neither party has to engage in contortions to support one of these amendments; they merely have to honor their own heritage. Interestingly, Hurst’s amendment is remarkably similar to one that Republicans proposed in 1969 — and saw voted down. (Giesen, then a delegate from Augusta County, was the specific sponsor). Meanwhile, Stanley’s quest for a $3 billion bond issue for school construction harkens back to the signature issue of not one but two Democrats. The liberal icon Francis Pickens Miller campaigned for governor in 1949 on a platform calling for the state to help pay for modernizing school buildings in a way it had never done before. Miller lost the Democratic primary that year but his school construction plan was so popular it spooked the state’s conservative Democratic establishment into co-opting the idea. Gov. John Battle became known as the school construction governor although the “Battle plan” was really the Miller plan by another name. Many of those schools that came out of that are still in use today.

Will the General Assembly have the courage to act? Who knows? But Hurst is right when he warns about the consequences of inaction: “Disparity will only continue to get worse.”

Editorial: How Elon Musk got paired up with Wise County

Elon Musk is a celebrity billionaire who stays busy making high-priced electric cars, dating a pop star and figuring out ways to send humans to Mars.

Historians will love Donald Trump even if they hate him: He will leave a legacy that will be talked about for a long time.

Editorial: Should Biden appoint a czar for rural America?

Editorial: Northam has been dizzingly transformational

It’s hard to remember now, but when Ralph Northam was elected governor in 2017, he was widely considered to be someone who probably wouldn’t m…

Editorial: Can America rise to Biden's challenge to lower the temperature?

Abraham Lincoln took his first oath of office when the Union was breaking apart and his second during a bloody Civil War to hold it together. …

Joe Biden takes office today under some of the most difficult circumstances that any incoming president has faced.

Today marks the official Martin Luther King Jr. holiday, a day we set aside to honor the civil rights leader who was slain 53 years ago this spring.

Editorial: Why Republicans should take lead in removing Trump

The deadly storming of the U.S. Capitol by a mob that we should properly call domestic terrorists irrevocably changes the politics of the day …

Editorial: An alternate history of the Trump years

Here’ an alternate history of the Donald Trump years. 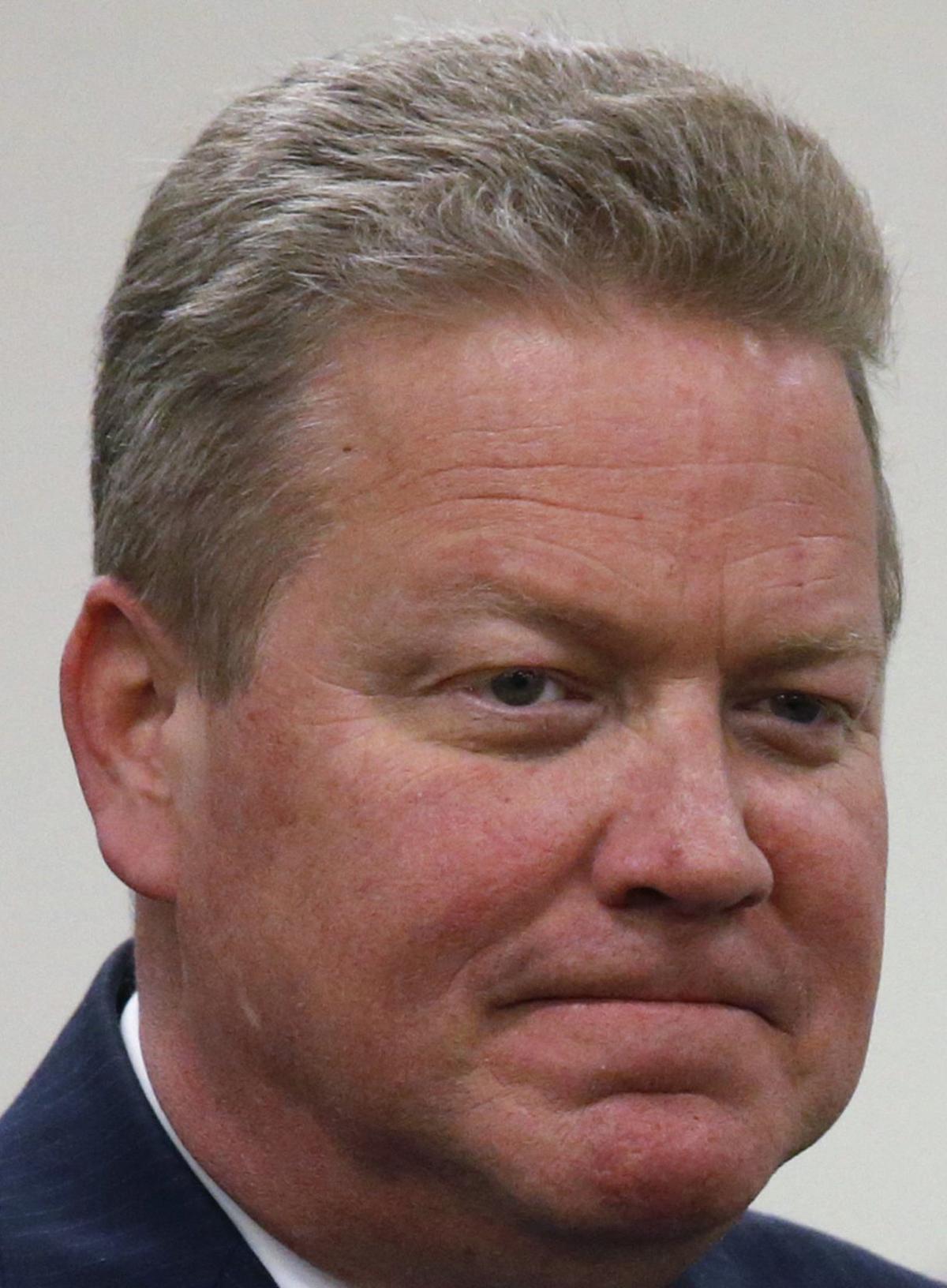 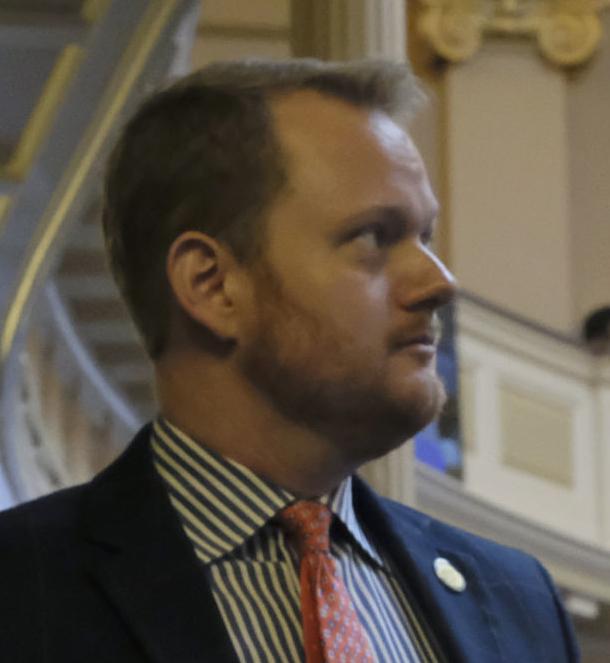