One could argue that every year in the Roanoke Valley is a “year of the artist,” with near-continuous offerings in multiple genres of music, not to mention theater, community and professional, ballet and modern dance, literature, spoken word performance, the visual arts and even the occasional filming of a motion picture.

“I hope it’s going to be transformative for us,” said Roanoke Arts and Culture Coordinator Doug Jackson. The program holds the potential to create new avenues for artist involvement that could then become permanent fixtures in how the Star City operates.

The Year of the Artist is one example of how city officials are capitalizing on the one-time opportunity made possible by the American Rescue Plan Act funds, as the program, dubbed YOTA for short, also pulls double duty as a prelude to the shaping of a new 10-year arts and culture plan for the city.

Jackson explained that rather than gathering stakeholders together for brainstorming sessions about the future arts plan that could just result in more of “what we’ve always done,” the arts community has an opportunity to field test programming and partnerships, and bring the things learned from hands-on experience to the table when fleshing out the 10-year-plan. “The Year of the Artist is a primary piece of that.”

In multiple ways, the initiative seeks to answer, “How do we dive in and start to experiment and learn together and see if we can demonstrate to ourselves what the arts can do?” Jackson said. “What do we want the arts to be doing in the community over the next 10 years?”

Other localities could look to the phases of the Year of the Artist as models to adapt to their own needs as they seek to foster the vibrant communities essential to honing an edge in economic development.

A new kind of support

The Roanoke Arts Commission has been providing grants to arts and culture nonprofits with a goal of encouraging cooperation — and ARPA funds have made possible a significant increase in that support, with the commission allotting $1 million in ARPA grants to cultural nonprofits in recent months.

Therefore, the Year of the Artist represents a new kind of enterprise for the commission.

A combination of ARPA funding and National Endowment for the Arts grants has provided the Year of the Artist program with about $300,000 for experimentation and implementation. “We’ve got all these resources,” so the commission decided, “Let’s make it big,” Jackson said.

Plans for the Year of the Artist began in January with meetings via video conference of the newly formed Roanoke Artist Network. There, the ideas for what comes next took shape.

“Our first call was for a self portrait project,” but not necessarily a call for self-portraits as one normally thinks of them, as fine art hanging on a wall, or, in the 21st century, as cellphone selfies shot with a filter and posted online. Not that the forthcoming exhibition will exclude such items, but the pitches had to incorporate a Roanoke setting and reflections on the role of artists in the Star City. Nor were the contributions limited to traditional visual arts — the call was open to videos by performing artists, and even other art forms.

“I was hoping we would get somebody who would say, ‘I’m going to write a song,’” Jackson said, but alas, it didn’t happen. Still, “we’ve got 49 artists that we’re getting under contract.” The self-portrait show will be displayed on the fourth floor of the city municipal building.

More than a show

Beyond the opening show, the commission has designated $100,000 to fund more than 30 “Art Matters” Grants, in which applicants come up with ways to creatively involve and benefit residents. “We’re asking artists to tell us how we can use the arts to advance justice, inclusion and wellness in the community,” Jackson said.

So far, “we had more than a dozen artists come back and say here’s a project I’d like to do,” he said. “The projects are going to be pretty varied.” As an example, one proposal involves singing lessons: building connections by getting people who don’t normally think of themselves as singers to participate in singing circles.

With each Art Matters project, city officials will be coaching the artists, “working with them to help them make community connections, and to make sure that they’re not just placing their project in the community, but they’re working with community partners.”

Jackson hopes the program helps familiarize individual artists with the workings of city contracts, to make artist-city partnerships run smoother in the future.

Even more ambitious, the Year of the Artist will see the launch of a truly novel venture: a city artists-in-residence program. Artists will be attached to city entities such as the Gun Violence Prevention Commission and the Berglund Center.

“I’ve got about 10 projects across the city that we’re going to be focused on,” Jackson said. “Hopefully there’s a neighborhood organization there that we can connect them to. Hopefully there’s a path to help them affect change.”

These exercises in having artists labor side by side with city staff could also build new avenues of participation for anyone who comes to the city with the question, “I’ve got an idea to improve a place, how do I do it?”

Jackson wants to change the dynamic of how artists, and ideally even residents at large, think of their city’s government, not as “they,” an entity separate and removed, but as “us.”

So far, so good. The Year of the Artists looks like it will yield exciting results for years to come.

After much back-and-forth and strenuous behind the scenes hand-wringing, Germany has cleared the way for its Leopard 2 tanks to join the fight… 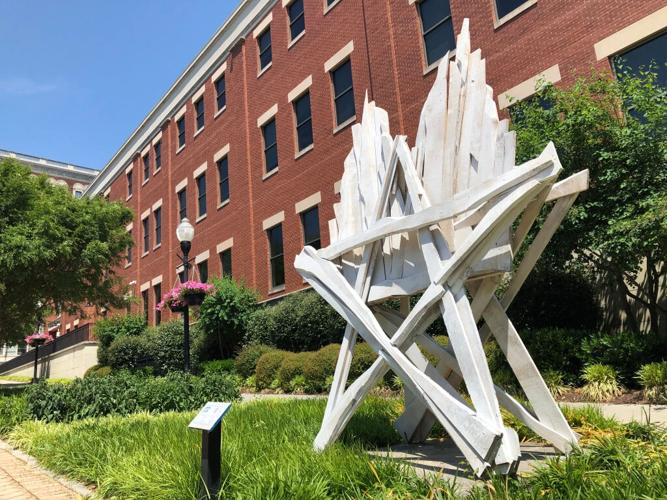 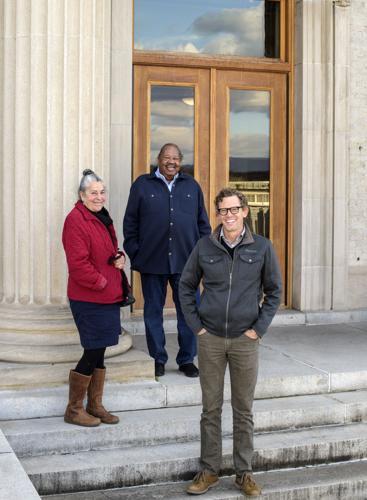